Site of multiple drugstores, from Hayes Drug Store in a frame building during the late 19th century, to the Corner Drugstore in the mid 20th century. As of the early 21st century, its primary storefronts are occupied by a restaurant. 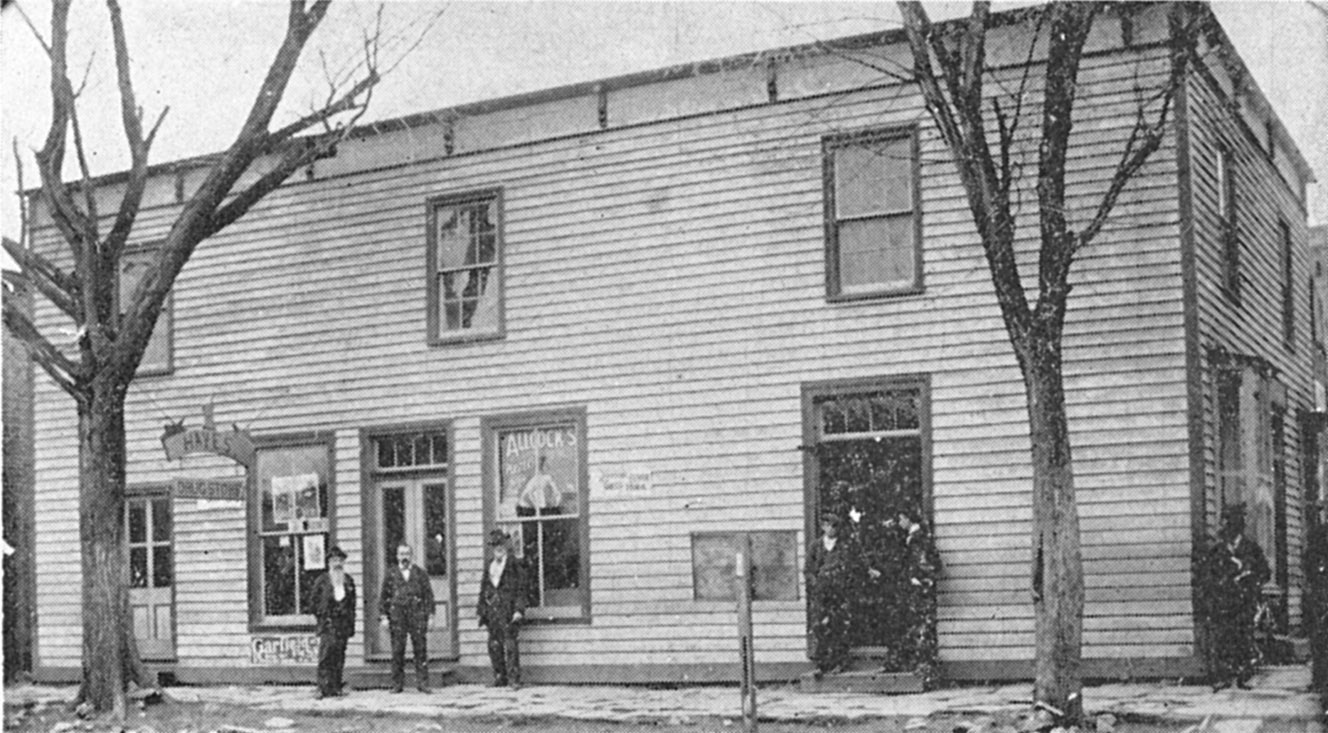 101 N. Churton St. - Hayes Drug Store. This view is looking north-northwest from W. King St. at the southern façade of the building; the N. Churton Facade is to the right.

Looking west on King St. from Churton St.; Hayes Drug Store is on the right. (History of the Town of Hillsborough, 1754-1966)

Looking north on Churton; the eastern façade of Hayes Drug Store is on the left. (History of the Town of Hillsborough) 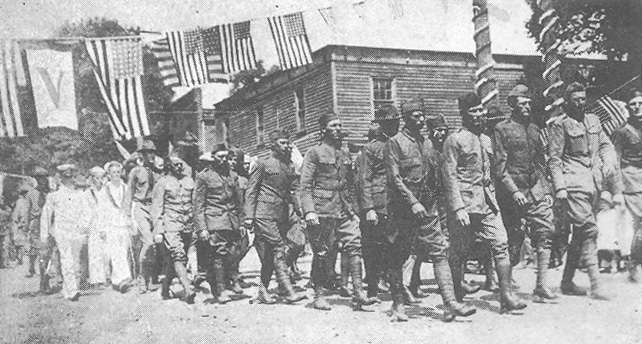 1919 Veterans parade; Hayes Drug Store is in the background. (Via http://freepages.history.rootsweb.ancestry.com/~orangecountync/places/19...)

Per the National Register nomination, fire destroyed this building, which would have had to have occurred between 1924 and 1927 for the build date on this building to be correct.

From the National Reg. nomination:

Located at the northwest corner of the prominent intersection of North Churton and West King streets, this two-story brick commercial building has two storefronts at the first-floor level and is six bays wide at the second-floor level. The building has a high parapet with corbelled cornice and basketweave brick bands above the storefronts and below the cornice. The left (south) storefront has an inset corner entrance with double-leaf one-light-over-one-panel wood doors flanked by plate-glass metal display windows. The inset entrance bay has a tiled floor and a beaded-board ceiling and is supported by a full-height brick pier at the corner of the building. A second recessed entrance on the right (north) end of the façade also has one-light-over-one-panel wood doors and a tiled floor. Multi- light, prism-glass transoms extend across the storefronts, which are made up of continuous plate-glass metal windows on a tiled knee wall that wrap around the left corner of the building. Twelve-over-one wood-sash windows at the second-floor level have brick headers and stone windowsills. An entrance at the rear of the left elevation has a nine-light-over-two-panel door with a fanlight and wide voussoir brick arch. The entrance accesses the upper level of the building and has a 102 W. King Street address. This building was constructed around 1927, concurrent with 105 and 107 N. Churton Street, after a fire destroyed an earlier building on the site 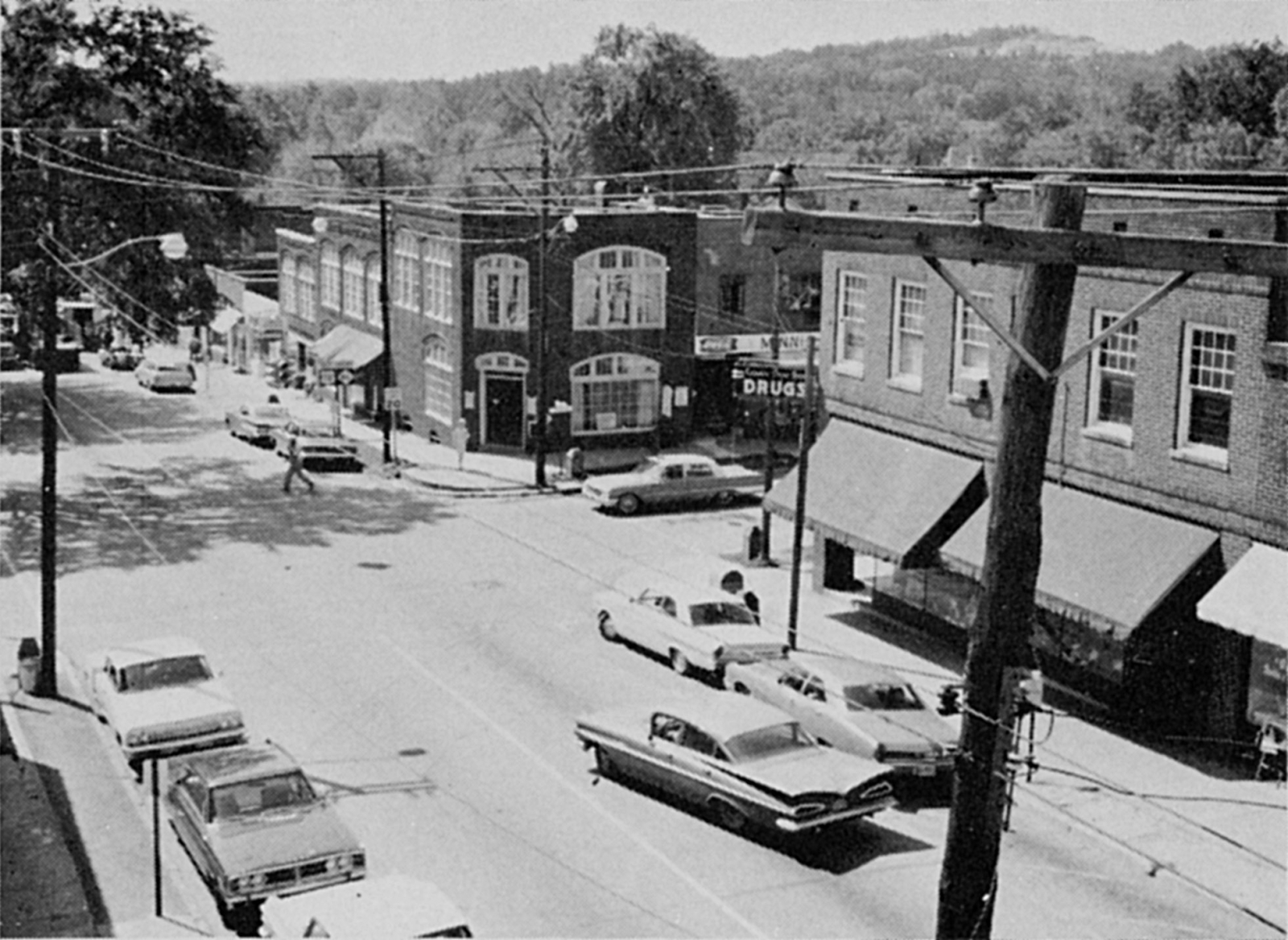 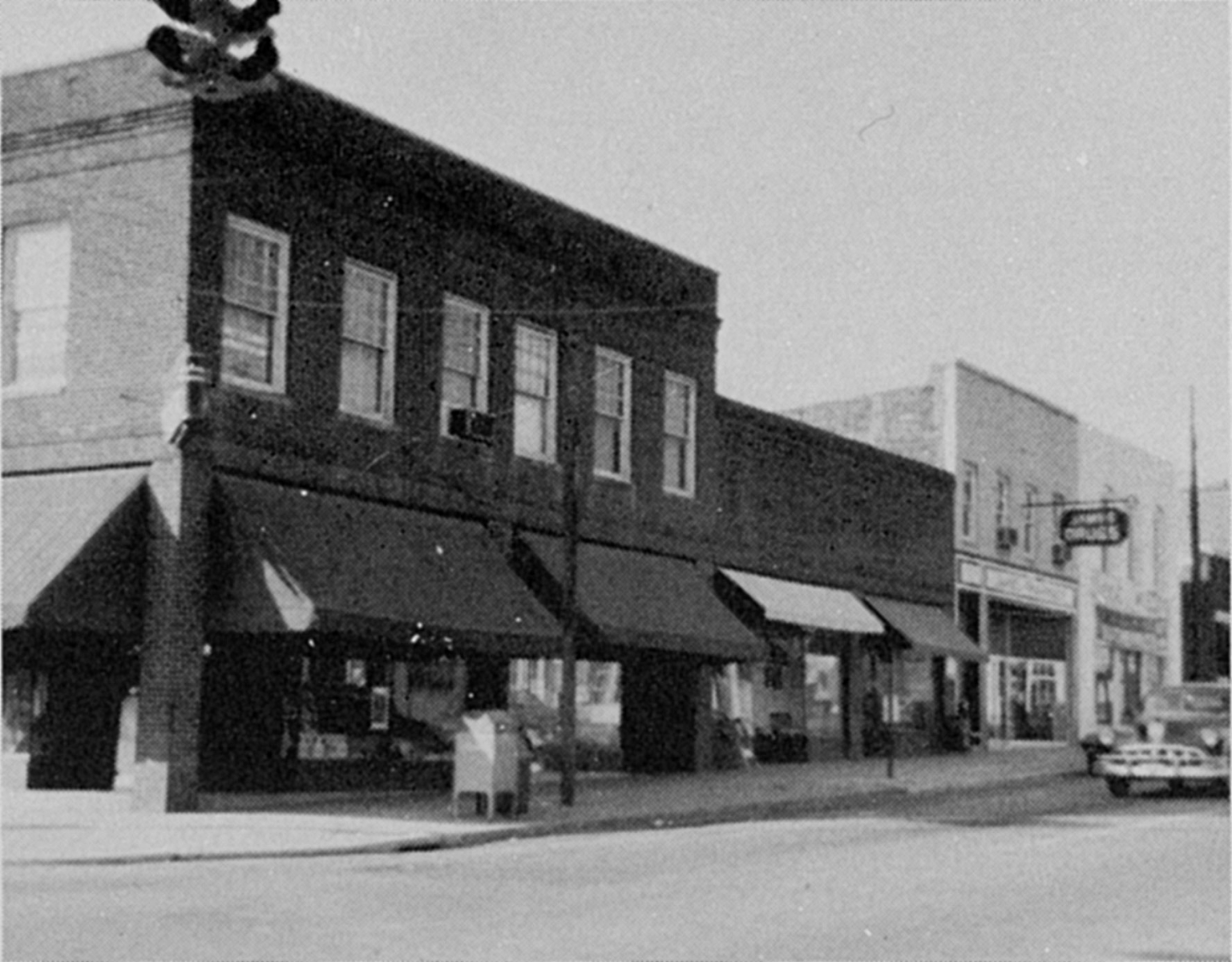 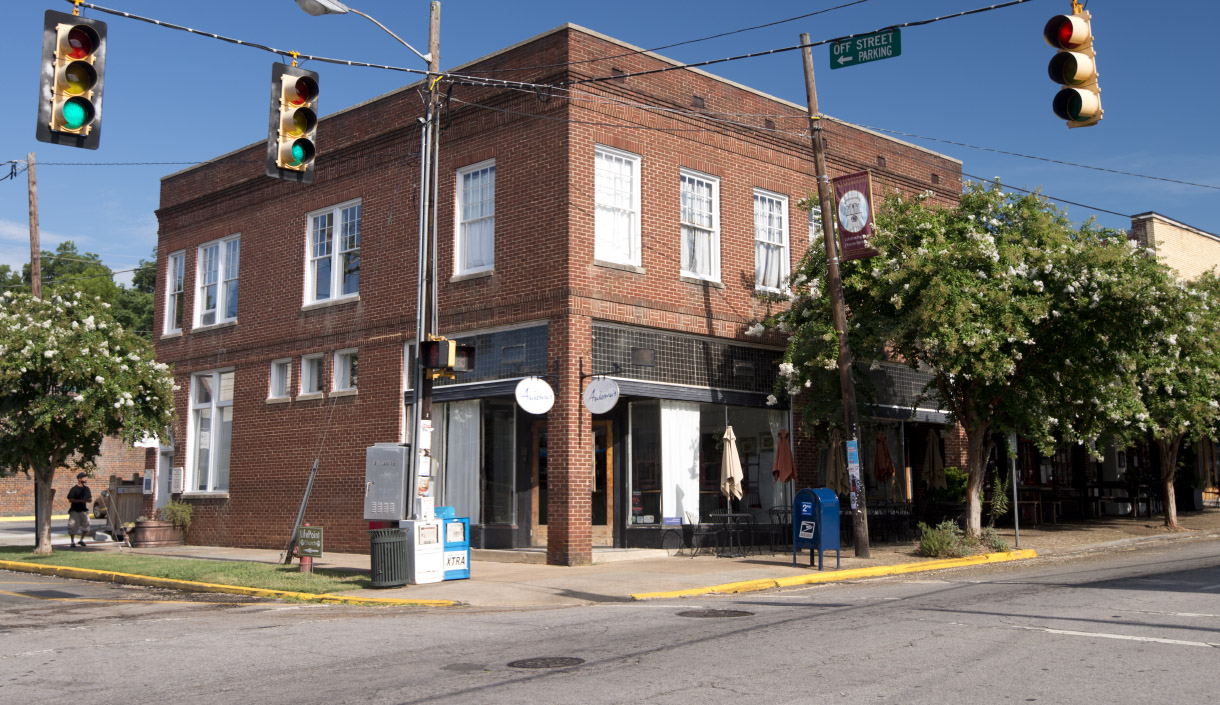