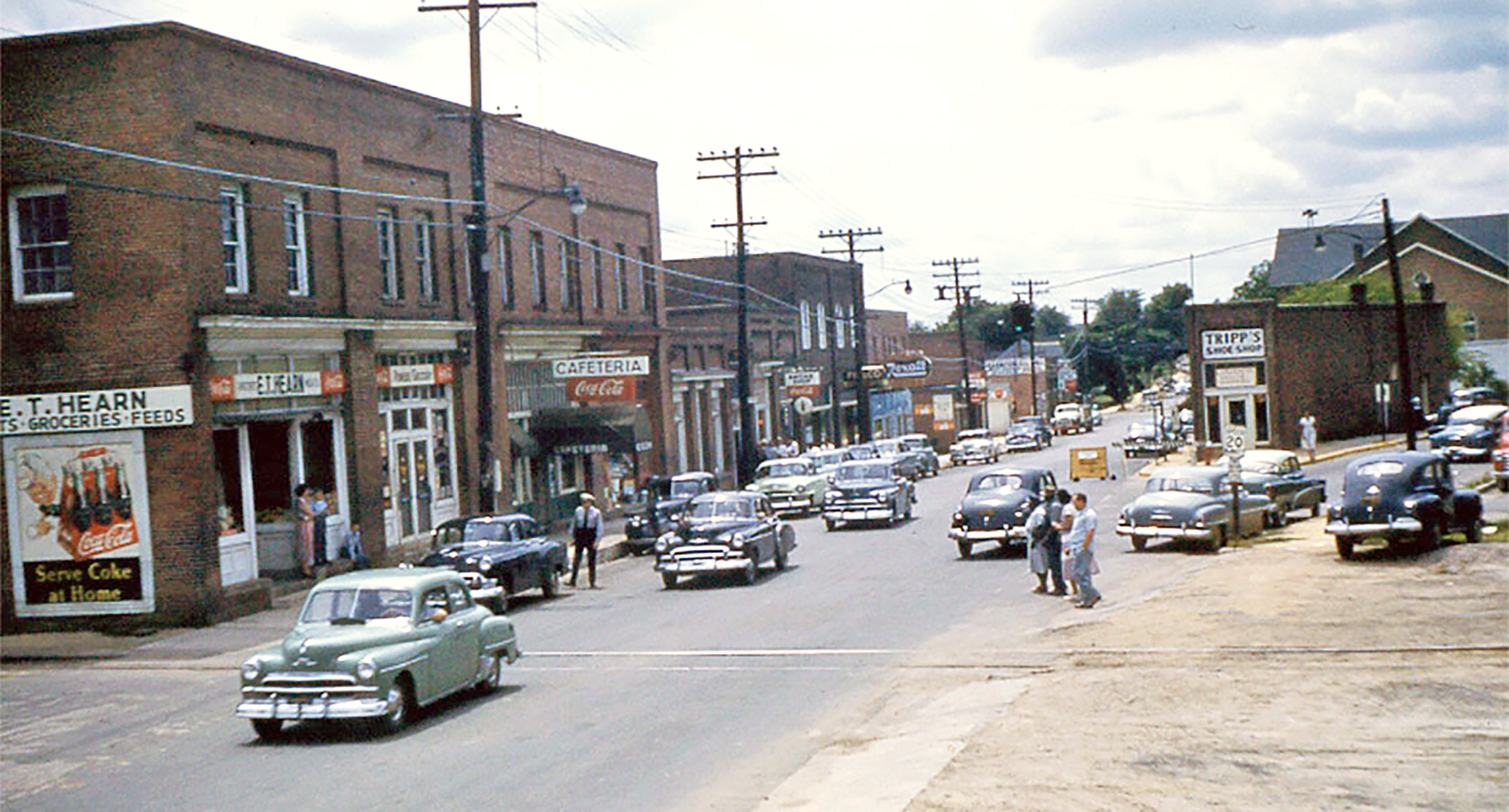 (Below from the Carrboro Commercial National Register Nomination)

Constructed in the early 1920s, this trio of two-story adjoining buildings comprised Carrboro's first true commercial block. Except for minor variations all of the units are identical. The easternmost building was constructed first, c. 1917. The identical building next door (to the west) was constructed next. Finally, the third building featuring a double storefront, was constructed last. The exact date of construction of the later two buildings is not known, however all three buildings appear on the 1921 Sanborn Map. Below slightly recessed window walls at the second story, the storefronts consist of large plate glass windows in wooden frames with recessed panelled aprons below, double doors, and multi-paned transoms and molded cornices extending the full width of the display windows. The easternmost unit, at the corner of Roberson and East Main streets, has undergone the greatest alteration with the renovation of its entrance facade and the addition of a shedroofed shake canopy. Today occupied by a bar, this unit originally was E. Samply Merritt's Drug Store. (As early as c. 1900, this corner lot had been occupied by a one-story frame building housing a hardware and building materials store; the fate of this earlier building is unknown.) For many years the unit next door (to the west) of Merritt's Drug Store was the site of the Melba Movie Theatre, named for the daughter of proprietor, Gurnie H. Ray. Some of the piano players in this silent movie theater with cane bottom kitchen chairs for seats were Brack Riggsbee, Mrs. Flossie Campbell and Mrs. Mack White. Tenants of the other buidling to the west of the movie theatre have included the Ward & Squires Furniture Store and Frank Durham's dry good store.