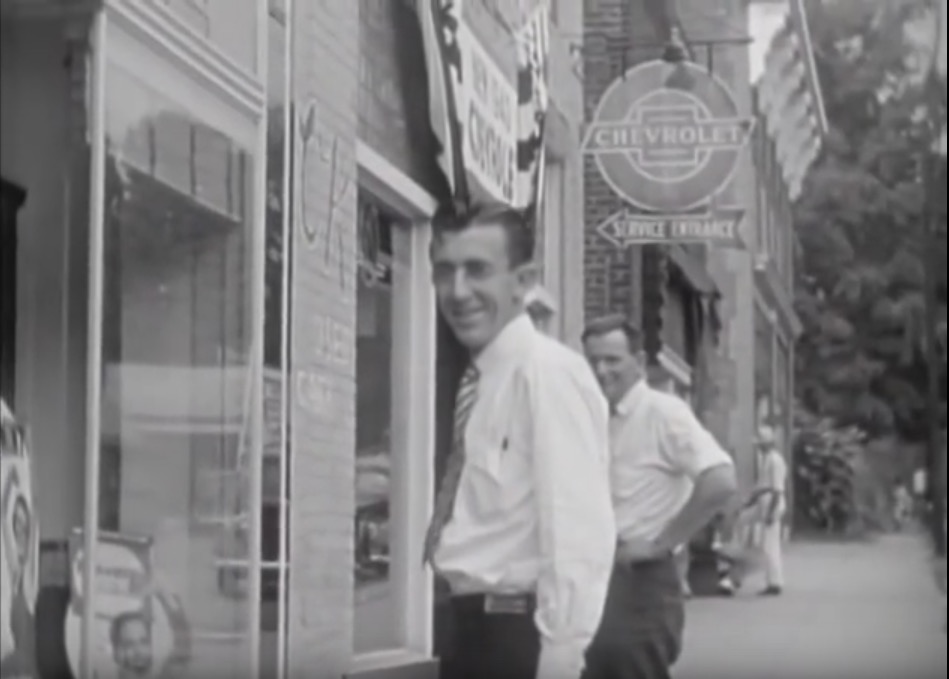 An example of Spanish Mission-style commercial architecture, this two-story brick building has a crenellated parapet roof and a full-width pent roof with metal barrel tiles that is supported by large paired brackets at the parapet. The storefront features recessed, double-leaf, one-light doors with a single one-light transom. It is flanked by metal-framed plate-glass windows on a knee wall with Carrera glass surrounding the windows. A molded wood sign panel above the storefront reads “The Mercantile Center”. There is a twelve- over-one wood-sash window centered on the second-floor level and flanked by two nine-over-one windows on each side. Windows have brick headers with cast-stone keystones and windowsills. Corbelling between the windows supports the brackets holding the pent roof. There are two interior brick chimneys on the right (north) elevation and one-over-one wood-sash windows on the second-floor level of the right elevation. A one-story section at the rear has been covered with stucco. The building does not appear on the 1911 Sanborn map, but may have been constructed soon after [1911, 1924 SM].

Per the NR nomination, it was remodeled in the 1930s when it became a Five-and-Dime store. 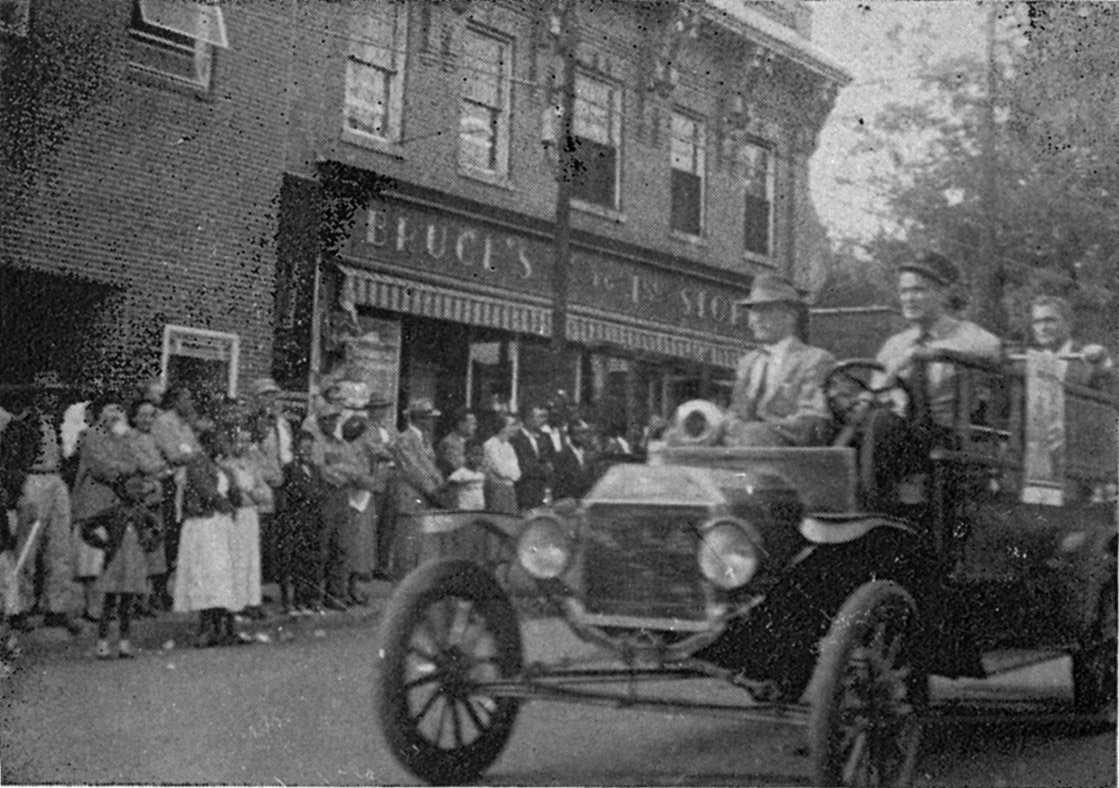 Bruce's ? to ? Store. (Can't read the denominations) (from History of the Town of Hillsborough) 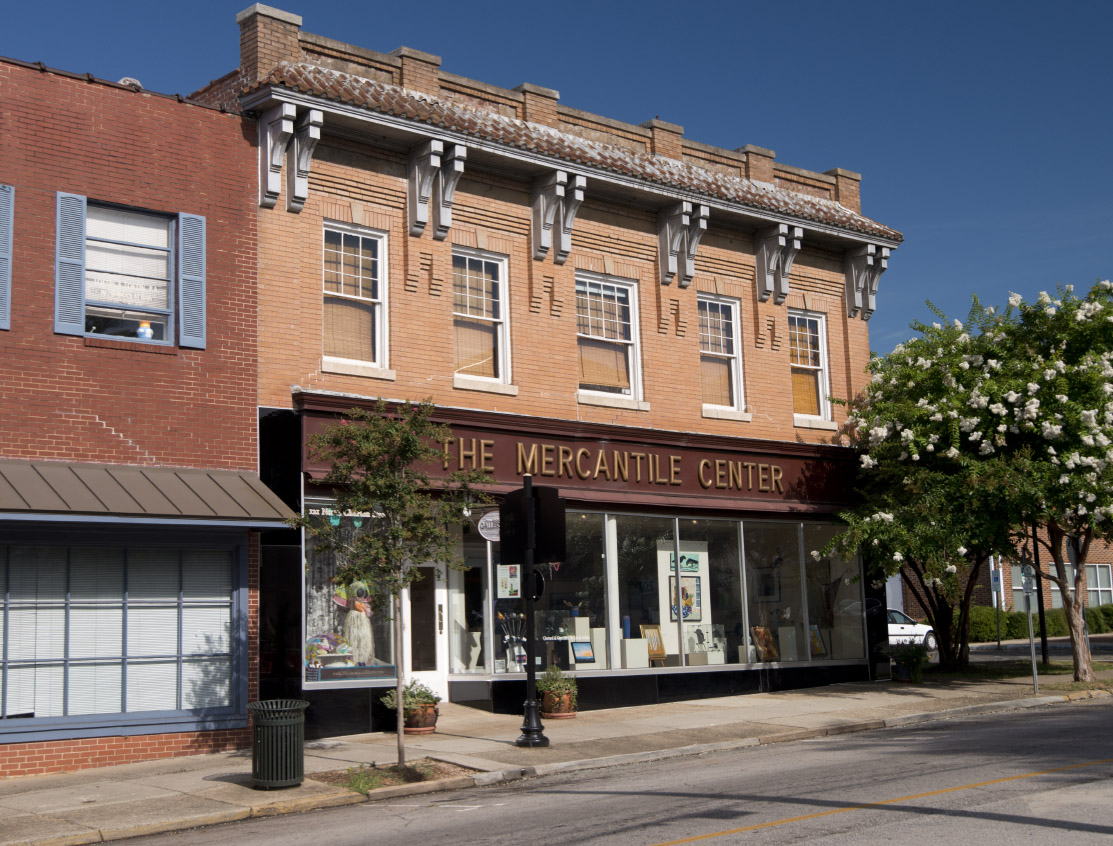 One of the best commercial buildings in Hillsborough - in part because its inherent aesthetic style, and in large part because it has either been restored to that style - or never had in removed - rather than suffer a liberal application of the 1960s faux colonial stuff