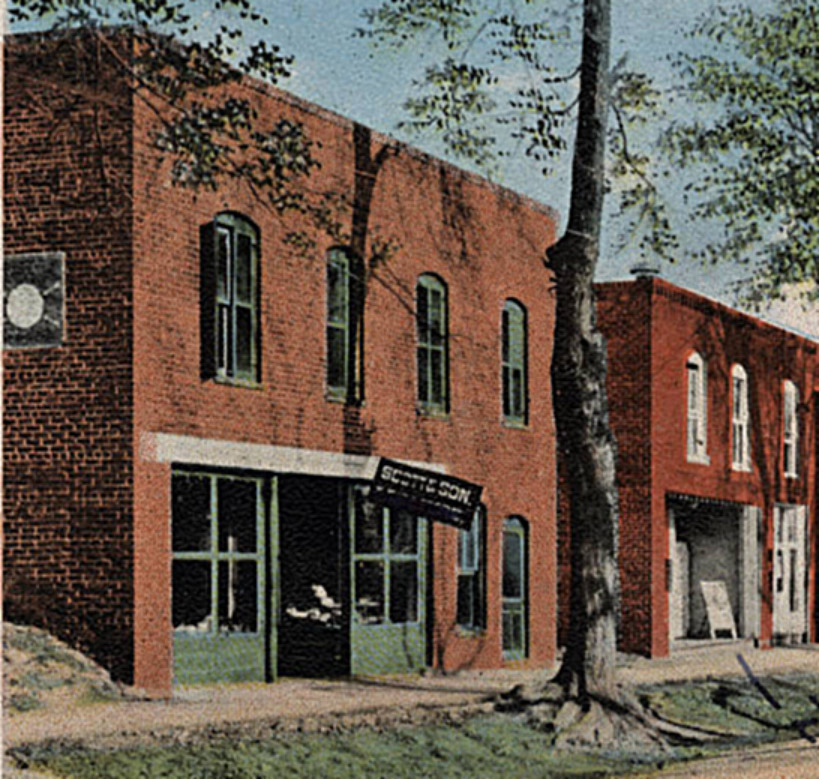 Evidently originally "Scott and Son." Noted in the architectural survey as the "Smith Furniture store." 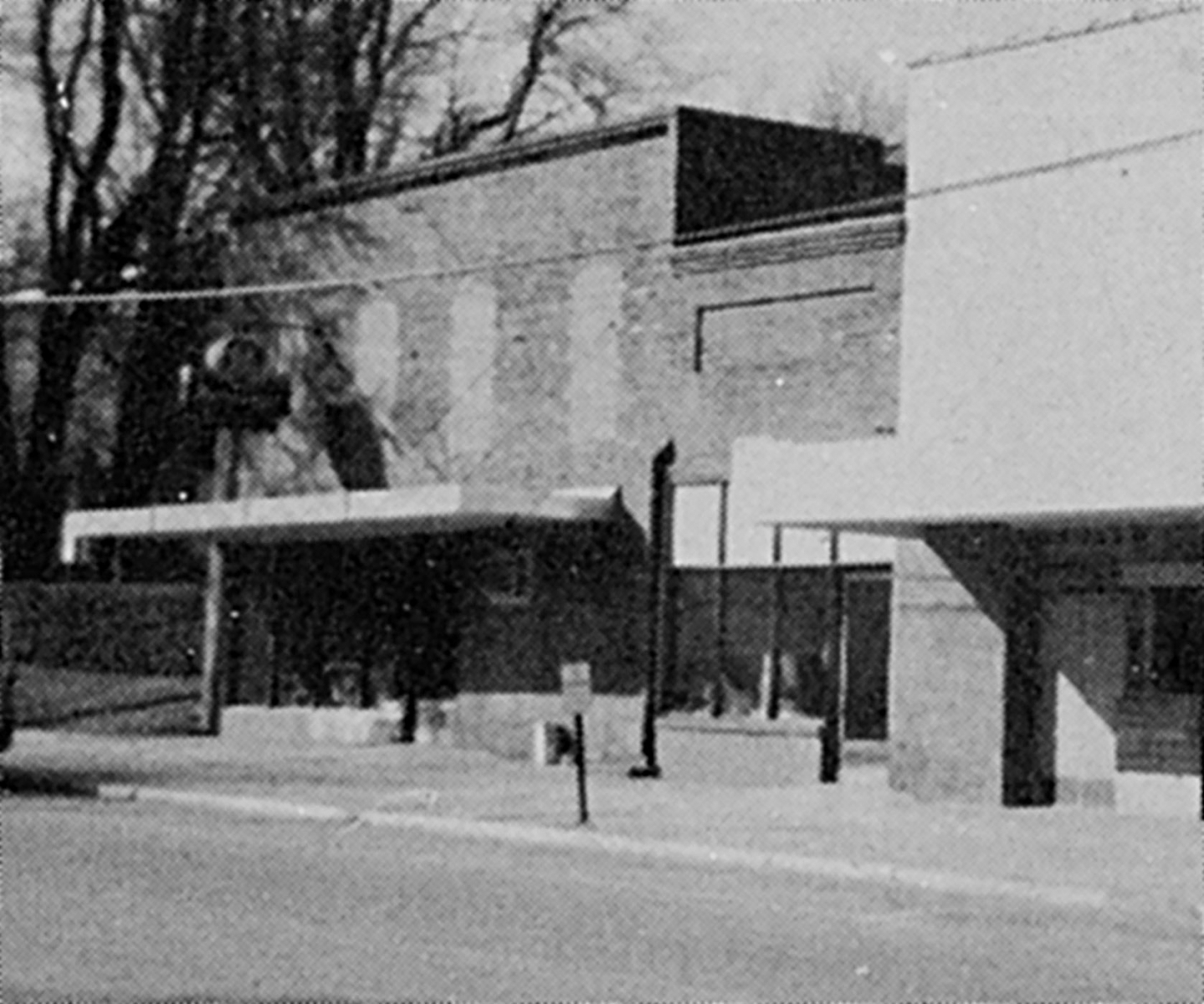 1966 - I believe there is a GE sign out front (Hillsborough General Development Plan) There is a flat awning present, but no pent roof.

This two-story, brick commercial building is distinctive for its mousetooth corbelling at the parapet, but has been altered with the removal of the second-floor windows, replacement of the original storefront, and installation of a pent roof across the façade. There is a replacement fifteen-light French door and a fixed window in a segmental-arched brick surround on the right (east) end of the façade. The left (west) end of the façade has four wood-framed display windows with transoms and a double-leaf one-light-over-one-panel door with transom. Segmental-arched window openings on the second-floor level have been bricked-in, though original two-over-two wood-sash windows remain on the second-floor level of the left elevation. A large, asphalt-shingled pent roof extends the full width of the façade, sheltering the storefront. Bellinger dates the building to 1912. 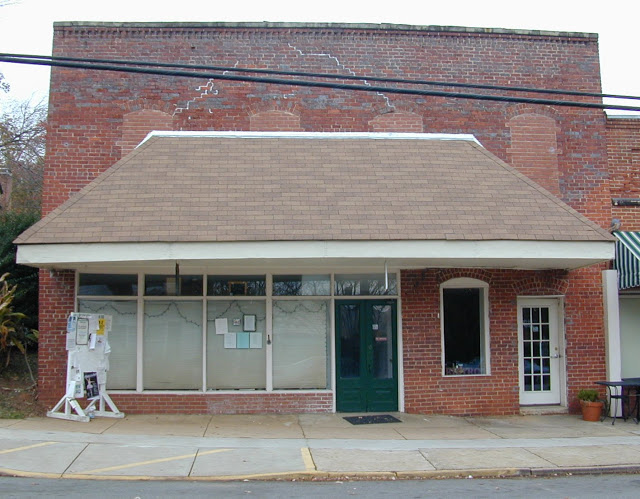 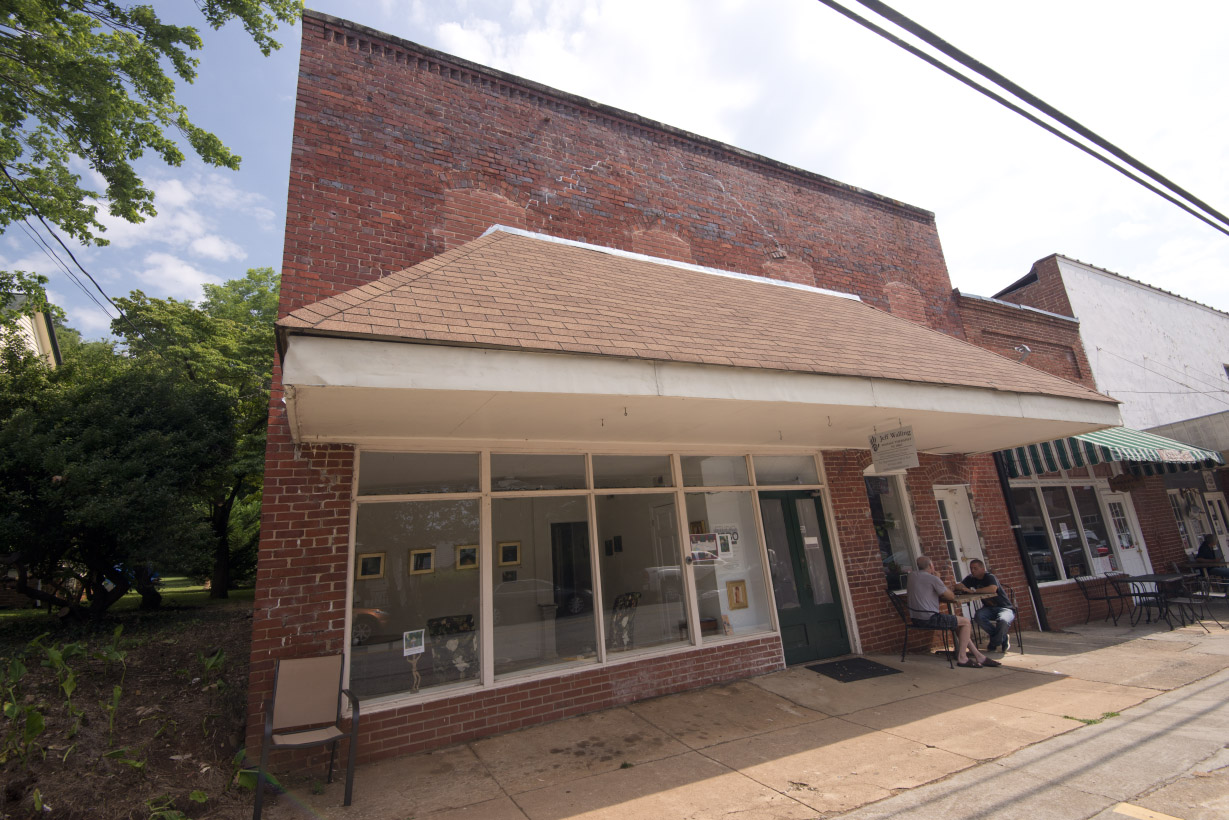 This is one of several downtown commecial structures listed as "non-contributing" resources in the National Register nomination, a decision I find both strange and inconsistent with findings in other cities, wherein superficial modifications to the building do not affect whether it is a contributing resource or not.

It matters because a building listed as "non-contributing" is not eligible for historic tax credits - this building clearly retains an abundance of historic character, and the admittedly pig-ugly pent roof on the front could be blessedly absent with a weekend and a few sledgehammers. Bricked in windows abound on National Register listed factories in the Piedmont. But what better incentive to return this facade to its original form than historic tax credits on a renovation.

Because really, the National Register has no teeth or purpose beyond the historic tax credits. In an academic world, it may be fine to promote the idea of this as an inventory or similar, but given that you can raze an entire National Register historic district to the ground with nary a protest from the National Park Service, without the tax credits it's fairly meaningless. So it makes sense to endeavor to list properties that have remaining character that a good renovation could uncover - and renovation takes money.