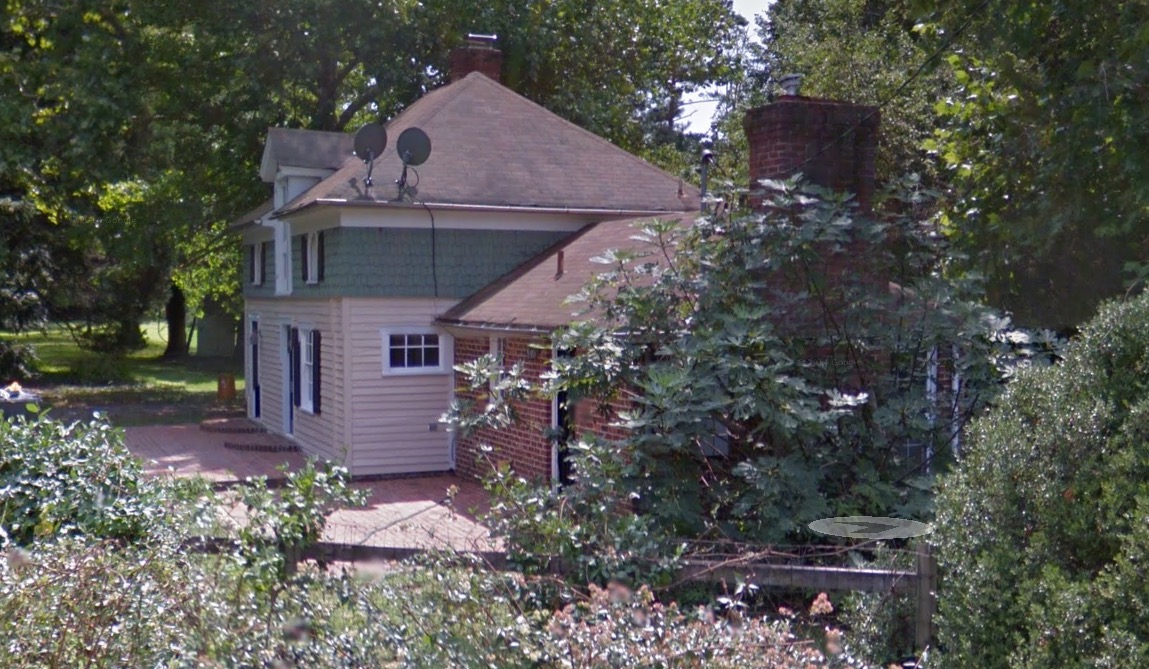 This quaint one-and-a-half-story, hip-roofed, Queen Anne-style building of was constructed in the late 1890s as the carriage house for the neighboring Sans Souci. The original block is three bays wide and double-pile with weatherboards and six-over-six wood-sash windows on the first-floor level and wood shingles with six-light windows at the upper level. It has an interior brick chimney and one of two six-panel doors on the east elevation has a classical surround with fluted pilasters. A front-gabled wall dormer centered on the east elevation has a pair of two-light French doors and is flanked by arched six-light windows. A one-story, hip- roofed brick wing was added to the north elevation around 1956 when the building was converted to a residence. It has a diamond-paned double-hung wood-sash window on the west elevation, a nine-light-over-two- panel door on the east elevation, and an exterior brick chimney on the north elevation. An uncovered brick terrace extends across the east elevation of both sections. County tax records date the building to 1956, likely when it was converted to a residence and the brick wing was added.