One of several 'female schools' in 19th century Hillsborough, The Burwell School was enlarged in 1848 from a 1821 dwelling built by William Adams. Reverend Burwell was the pastor of the Presbyterian Church 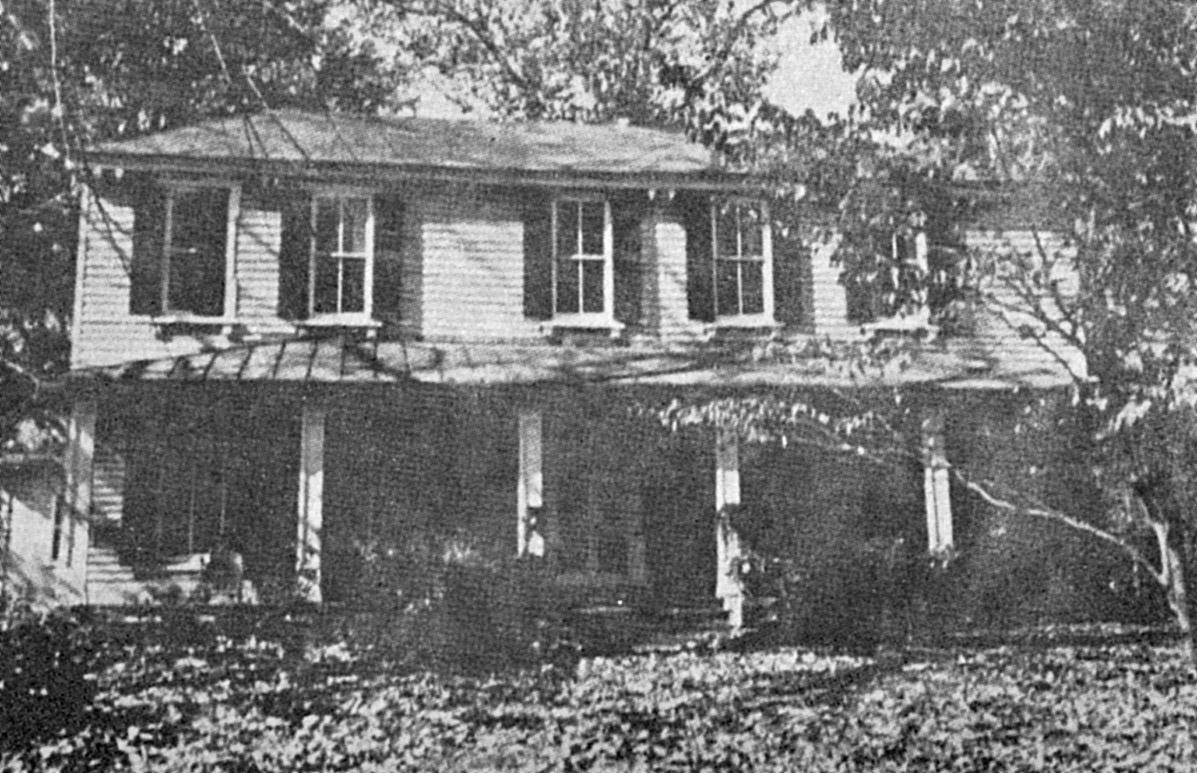 From the Individual and District National Register nominations:

The oldest portion of the Burwell School was a two-story frame dwelling having a hall and parlor plan built early in the nineteenth century. It measured approximately 18 feet by 24 feet. In 1848 the Reverend Robert Burwell employed Captain John Berry to enlarge the house. Berry was the architect of the Orange County Courthouse in Hillsborough and is known to have enlarged and embellished many houses in the region. Under Berry the house Was given its present central hall plan, the two older rooms lying on one side of the hall and two new ones on the other. This created a new east-west orientation for the buildlng. The resulting principal five-bay facade facing east featured a on one-story shed porch running the full 52 feet. With its moulded weather- boards, green blinds and shed porch the building was far more closely related to older structures than to the then popular Greek Revival mode typified by Berry's Courthouse nearby. In the late nineteenth century the house was remodeled by Jule Gilmer Korner of Kernersville, a noted local artist and designer of the period. Some of Kerner's modifications included a bracket cornice, "gingerbread" porch, a new stair in the hall and several mantels including a marble one in the parlor. At the rear of the house is a picturesque two-room brick kitchen. In the garden an early brick privy has survived. 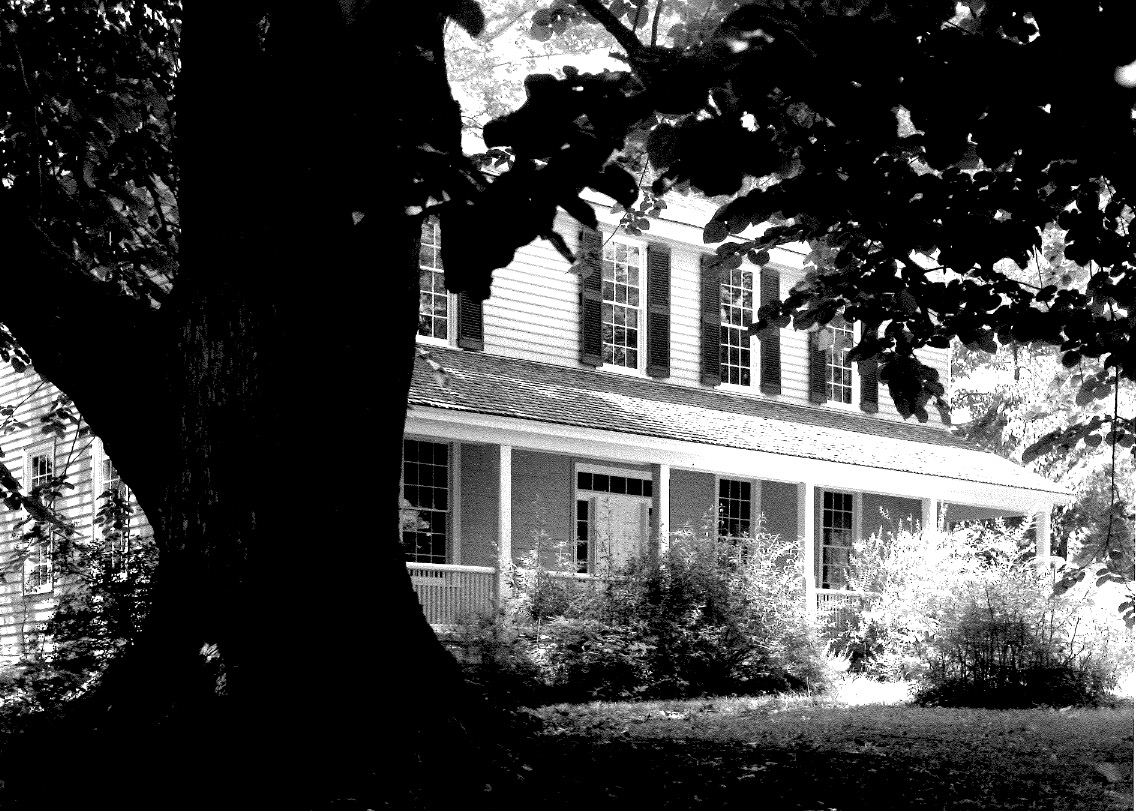 The Burwell School is sited on a large sloping lot facing North Churton Street at the southwest corner of the intersection with West Union Street. The terraced front lawn with plentiful hardwoods adds to the historic setting. Historically the property is known as lots 152 and 153. The original owner of this property was a local tavern-keeper and businessman named William Adams. Adams built the original structure in 1821 facing West Union Street. It was a two-story house with two rooms on each floor, which are still present today as the south rooms of the Burwell School. In 1836, the property was conveyed to the Trustees of the Presbyterian Church as a manse for the new pastor, Reverend Robert Burwell. In 1837, the Rev. Burwell and his wife, Margaret Anna Robertson Burwell, began a “Female School” in the manse, which remained in operation until 1857. In 1848, the Burwells purchased the house and hired John Berry to add the large north living room and the bedroom above it. In 1857, the Burwells closed the school and the house was occupied briefly by refugees from Edenton during the Civil War. Dr. J. S. Spurgeon purchased the home in 1895 and his family remodeled the home and occupied it until 1965. At that time it was purchased and restored by the Historic Hillsborough Commission, who still own the property. 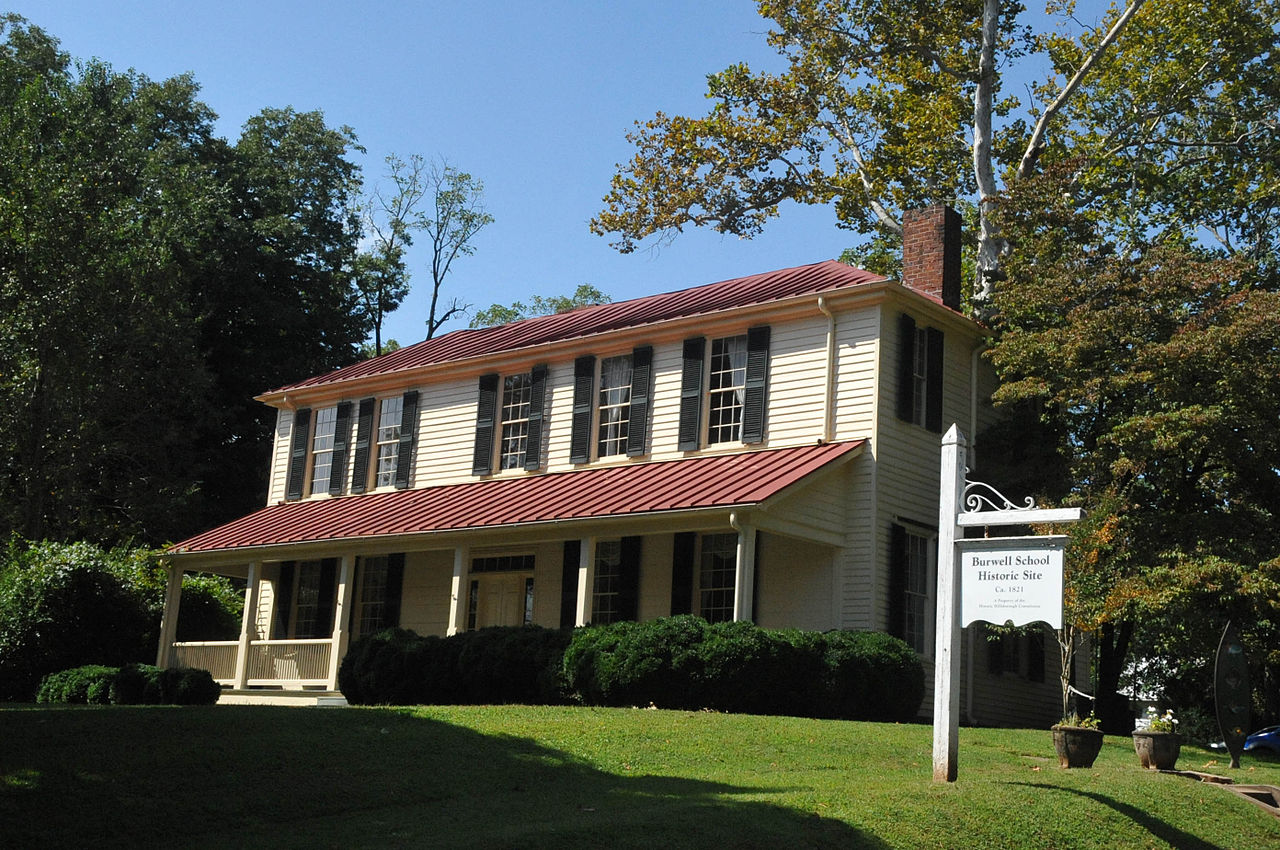 Reverend Robert Burwell and his wife, Margaret Anna, conducted their well-known "Female School" here from 1837 to 1857. The gracious old house looks down across a great sweep of green lawn shaded by a magnificent Linden, a great Sugar Maple and a gnarled Osage Orange. The property is in process of restoration by the Historic Hillsborough Commission.

At one time, this was the home of the J. S. Spurgeon family. Mrs. Spurgeon has given us an account of the garden as it was in the early 1900s.

South of the house, running north and south, there was a wide flower border, which separated the lawn in front from the well-kept vegetable garden at the rear. This bed contained old-fashioned everblooming red roses (probably China roses) red peonies, and spring bulbs of many varieties. This was the only flower bed in the garden.

A long gravel walk connected the front of the house with Churton Street. Its outline can still be traced. A cedar rail fence protected the garden along the length of Churton Street, and tall cedars grew at either side of the front gate. Quantities of red tulips and daffodils were planted along the south boundary.

A flower pit was a necessary feature of the old garden. Within its capacious brick walls many ornamental plants were carried over the winter, to be brought out in warm weather to decorate the front of the house. Among these were geraniums, begonias, calla lilies, ferns, and large plumbago plants, grown in wooden tubs. Two citrinas were also carried over in large half-barrels in the pit, their "lemonessence" much appreciated at all seasons.

There were two springs in the garden, one directly at the back of the house fed a small stream, its banks planted to spring bulbs, blooming with the Virginia Bluebells and yellow cowslips. A second spring at the lower side of the vacant, or "lucerne lot" supplied a small marsh, where bull rushes grew and there were masses of Royal Fern.

Several old roses have remained for our pleasure. Particularly interesting is the bush musk rose, undoubtedly of great age, and standing seven feet high. It produces in spring clusters of creamywhite double Bowers, with a characteristic honey-musk fragrance.

Old descriptions of the plantings here are being closely followed in the restoration of the grounds.