The Hill Villa - Midway between Durham and Chapel Hill 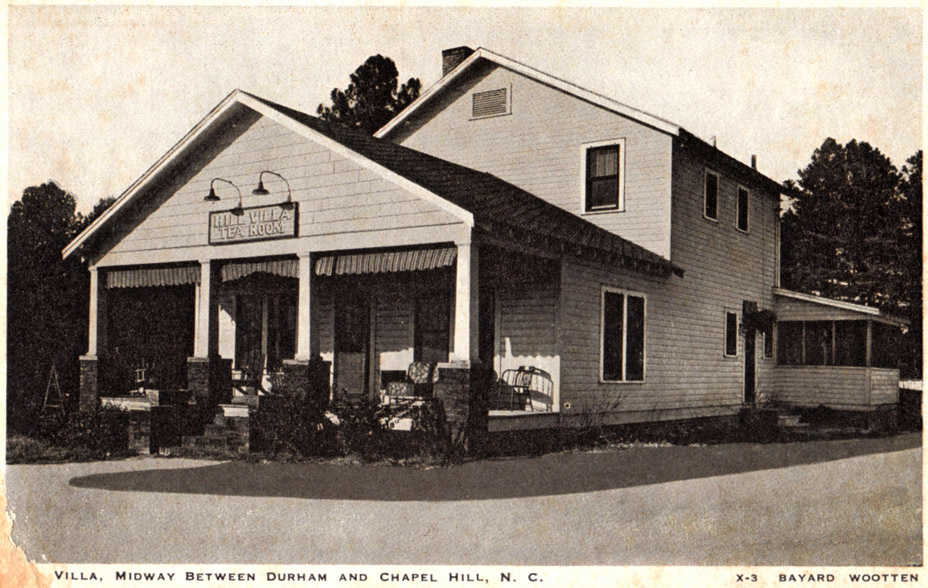 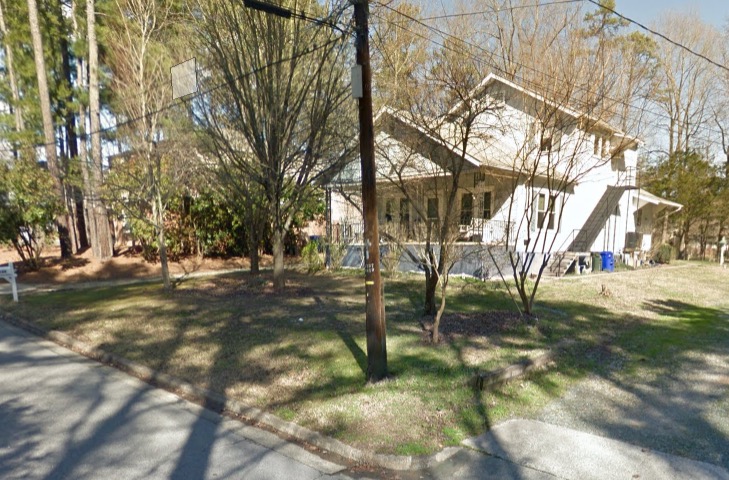 David Southern wrote this about the building in 2009:

"The building has been moved not once but twice, each time from property of that dealership now called Performance, which was Harris-Conner Chevrolet in the late 1960s. We lived on Cooper Street (though it was not named at the time, nor paved) in what was euphemistically called University Heights. Mrs. Taylor lived in the house you picture, and it faced south, just about directly opposite of the intersection of old NC 75 (old Durham and Chapel Hill road). She had beautiful flower and vegetable gardens, and she gave us some tomatoes---a most gracious lady. Her house was moved diagonally across the old highway to the NW corner of Cooper about 1969. And, as your informant has noted, it was moved again to a vacant lot on Cooper Street about three doors north of where our house stood (a massive willow oak and a well remain on the site). My son spent his first two years in that place, which was constructed from Camp Butner lumber. University Heights had been a Hooverville or tent city during the Depression, and it was on land that had been in the McFarland (or McFarling, or McFarlane) family. They had an two-storey wooden grocery (razed in the mid-1970s) on the corner of old NC 75 (Dobbins Drive) and Erwin Road, and they owned the land that Eastgate Shopping Center and the surrounding sprawl now occupies---Rams Plaza, the Omni hotel, Holiday Inn, the American Legion lodge, Hardees, Lowes, Wendy's. The old McFarland homeplace was razed within the past five years."