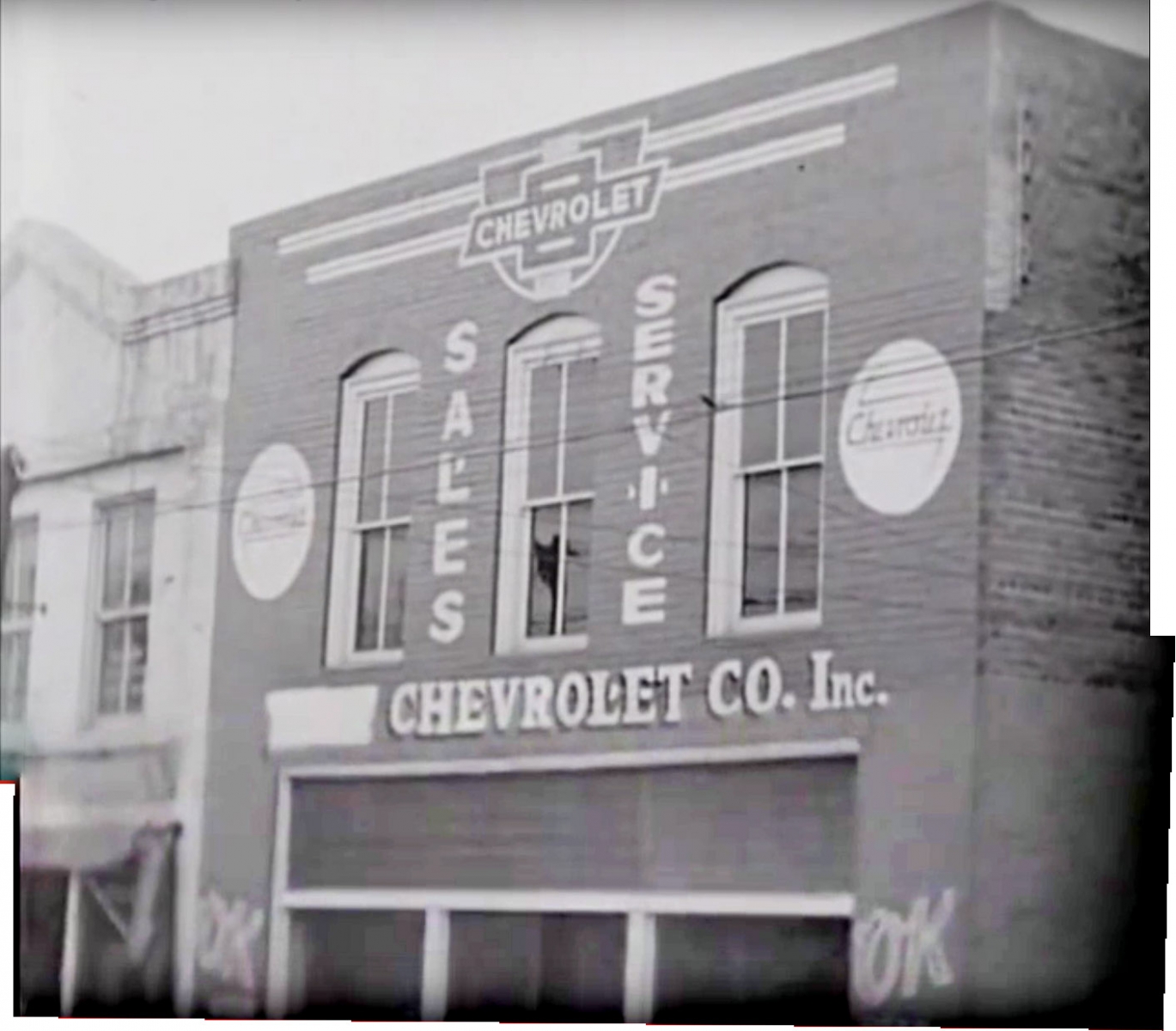 This two-story, parapet-roofed, brick commercial building features a yellow-brick façade with metal coping on the parapet. The building has a recessed storefront with paired one-light wood doors under a shared transom. The doors are flanked by plate-glass metal windows on a low knee wall. The storefront has a tile floor, fluted pilasters flanking the storefront, a 1940s-era Moderne carrera glass sign with the "James Pharmacy" name, and a retractable fabric awning. A one-light wood door on the left (south) end of the façade is recessed slightly, accessed by tiled steps, and has a one-light transom and a fabric awning. There are one-over-one aluminum-clad wood-sash windows at the second-floor level. The building appears on the 1924 Sanborn map as a drug store and the interior retains elegant original drug store appointments.

The original facade appears to have been completely removed c. 1938 and replaced with the Moderne facade described above; it appears that the facade replacement was done by the James Pharmacy, which occupied the building prior to the renovation. The original facade had a stepped cornice with a triangular peak, and 2 over 2 windows consistent with a build date in the 1910s (?). 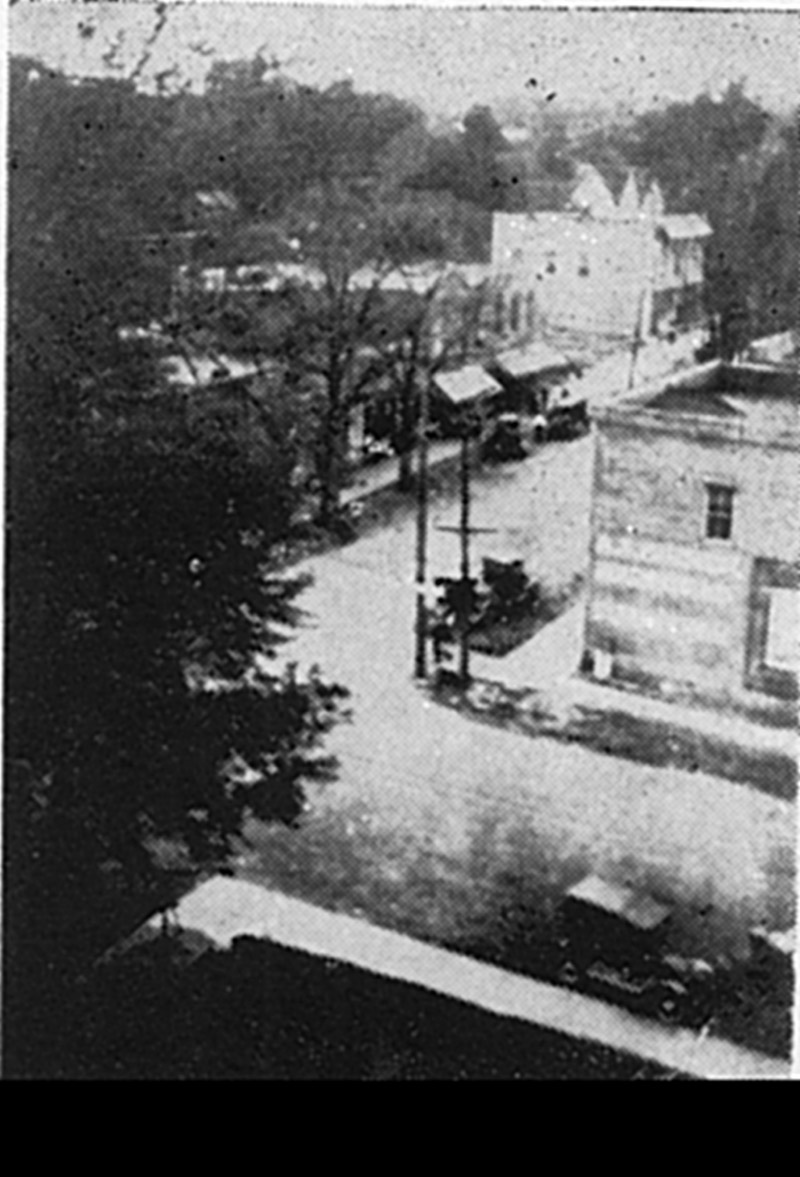 A poor quality photo looking northwest at North Churton ~1920s. You can make out the triangular peak on the left of the paired two-story buildings at center. (History of the Town of Hillsborough)\ 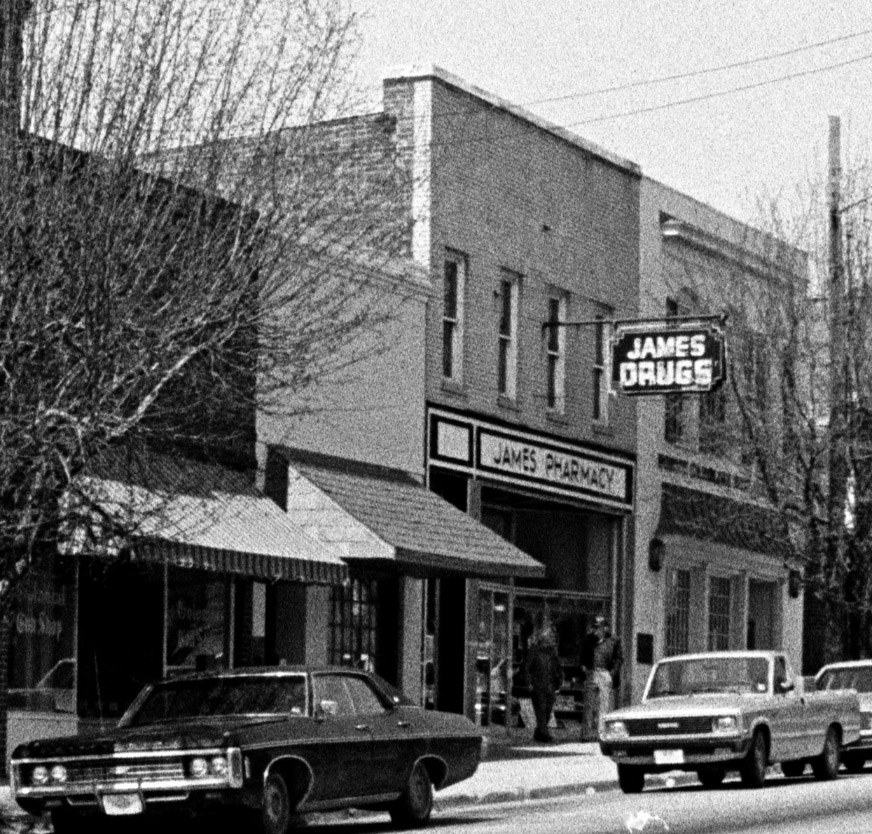 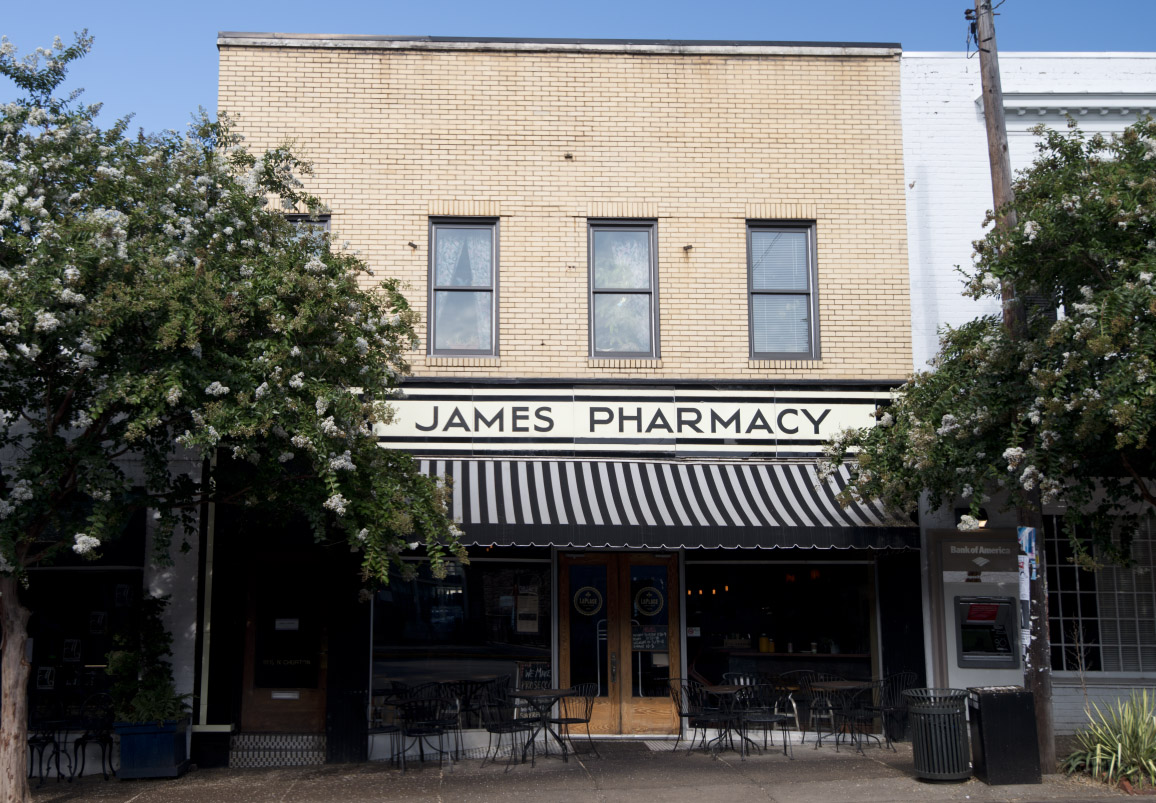 Charles (“Charlie”) Jordan James (b. 12 December 1903 - d. 13 June 1957) graduated in 1929 from pharmacy school at UNC. He started the James Pharmacy after the Hillsboro Drug Company closed (the previous owners declared bankruptcy) in 1932. James had been working as a pharmacist for the Hillsboro Drug Company since 1930; prior to that he worked at the Westside Pharmacy in Durham.

In 1940, Allen A. Lloyd graduated from pharmacy school at UNC. After graduation, he worked as a pharmacist at James Pharmacy until Charlie James died in 1957; Lloyd owned and operated the store after James’s death, and when his daughter Evelyn Lloyd graduated from pharmacy school at UNC in 1965, she worked there until she and her father opened Lloyd’s Pharmacy together in 1986 (located around the corner at 118 W. King Street).

The first floor has been home to LaPlace restaurant since 2014, which as a native New Orleanian, I greatly appreciate. In 2019, much to my disappointment, the owners closed LaPlace and replaced it with a seafood focused restaurant called "James Pharmacy." The "James Pharmacy" restaurant is good, however, despite its Charlestonian vs. Orleanian leanings.