The oldest extant Masonic Lodge in the state of North Carolina, this simple Greek Revival structure was built on the site of Edmund Fanning's house in 1823. 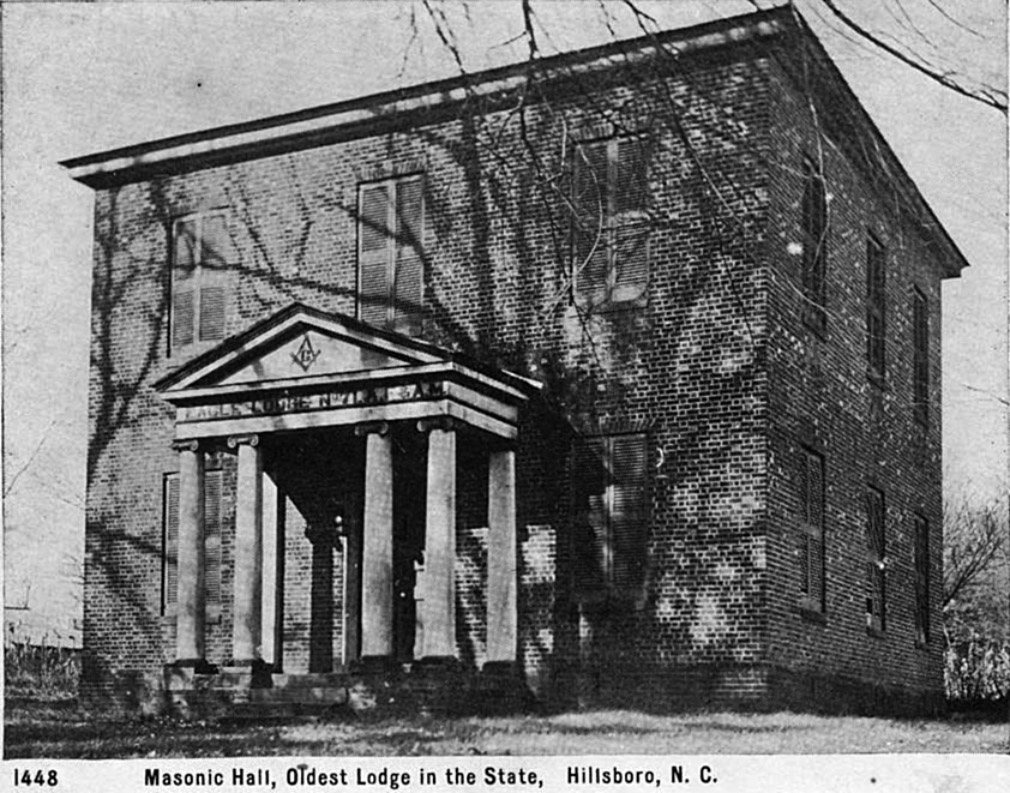 The Eagle Lodge is undoubtedly one of the most architecturally significant landmarks in Hillsborough. Designed by the state architect, Captain William Nichols, the Greek Revival-style building is believed to have been built by local brickmasons, John Berry and Samuel Hancock. The two-story, hip-roofed structure is roughly forty-feet square and is constructed of solid brick laid in a Flemish bond. It is three bays wide and three bays deep with windows concealed behind original louvered wood shutters and window openings having flat brick arches and stone windowsills. The double-leaf, four-panel door is centered on the façade with a stone threshold and is sheltered by a one-bay-wide, pedimented portico supported by grouped Ionic columns. A plaque to the left of the entrance commemorates those who served in World War I. An original glassed-in observatory said to have pre-dated President Caldwell's 1831 observatory at UNC, was removed from the roof in 1862 and the current hipped roof was built. A low, brick retaining wall extends along the sidewalk. 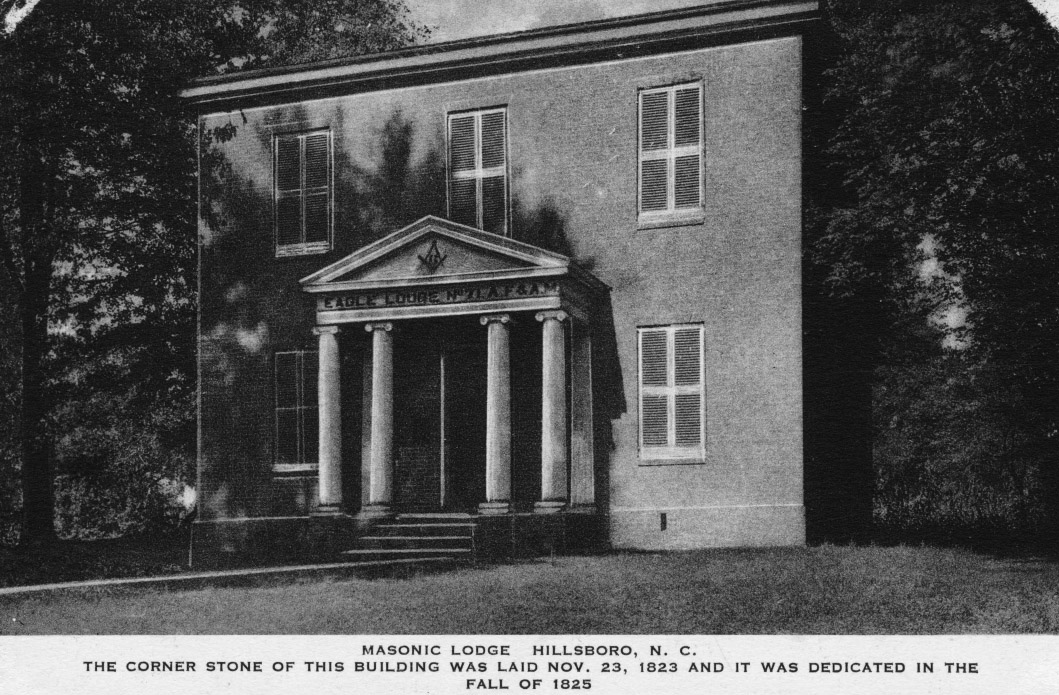 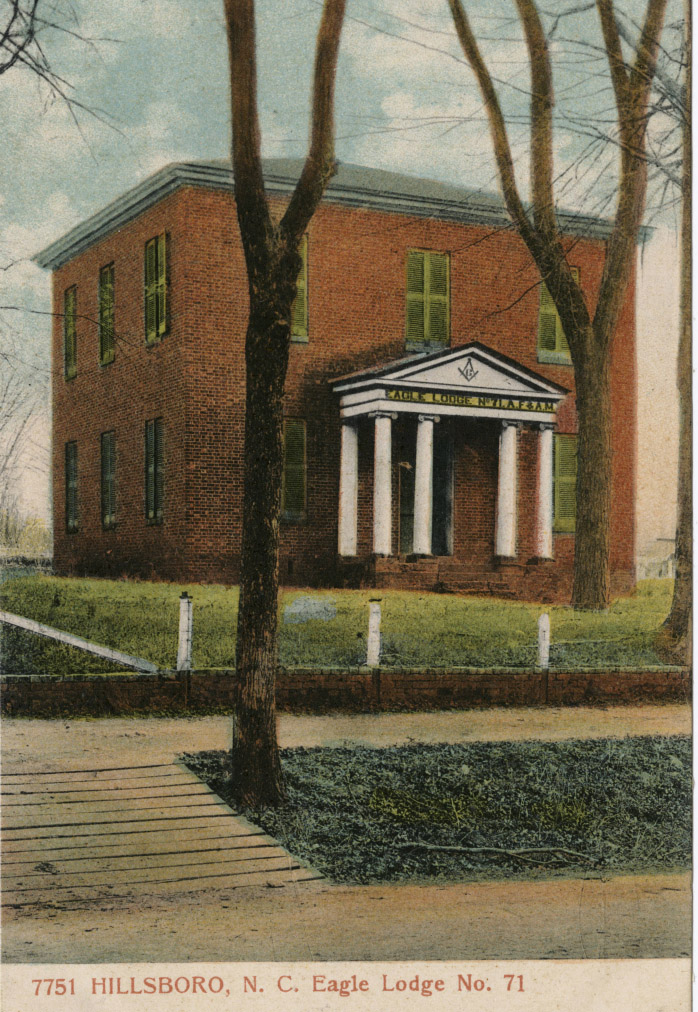 The building stands on Lot 23, the site of Edmund Fanning's house. The Eagle Lodge No. 19, chartered in 1791, remained active until 1799. It was dormant until 1819 when the Masons revived but with a new number, No. 71. Money was raised for the building through an authorized public lottery that ran from 1821 until 1832, empowered to raise $3000. The cornerstone was laid on November 23, 1823. The property was conveyed to the Lodge in 1824, after the building was erected. During the mid-nineteenth century the building was called the King Street Opera house and was used as a town meeting place. The building appears on the 1888 Sanborn map as the “King Street Opera House” and “Masonic Hall 2nd.” In 1932, the original lodge number, 19, was reinstated. The Masonic hall is still owned and used by the Eagle Lodge, Number 19, A.F. and A.M. A gravestone that reads “George Doherty, May 30, 1732 – April 23, 1793, First Secretary, Eagle Lodge No. 19 A. F. & A. M” is embedded in the ground at the edge of the front lawn, next to the driveway. Doherty’s death predates the construction of the building, so it is unclear whether he is buried on the site.

The building was used as a makeshift hospital at the very end of the Civil War (1865) by a local ladies' aid society. 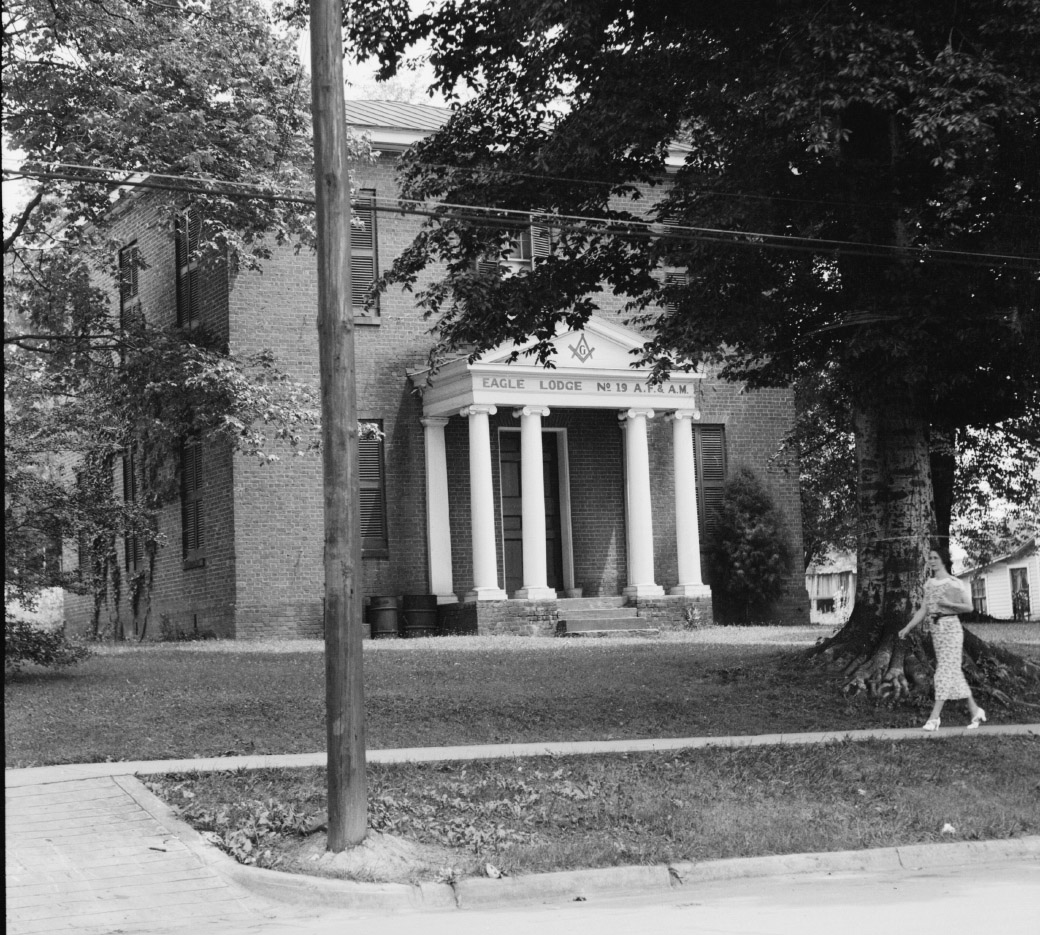 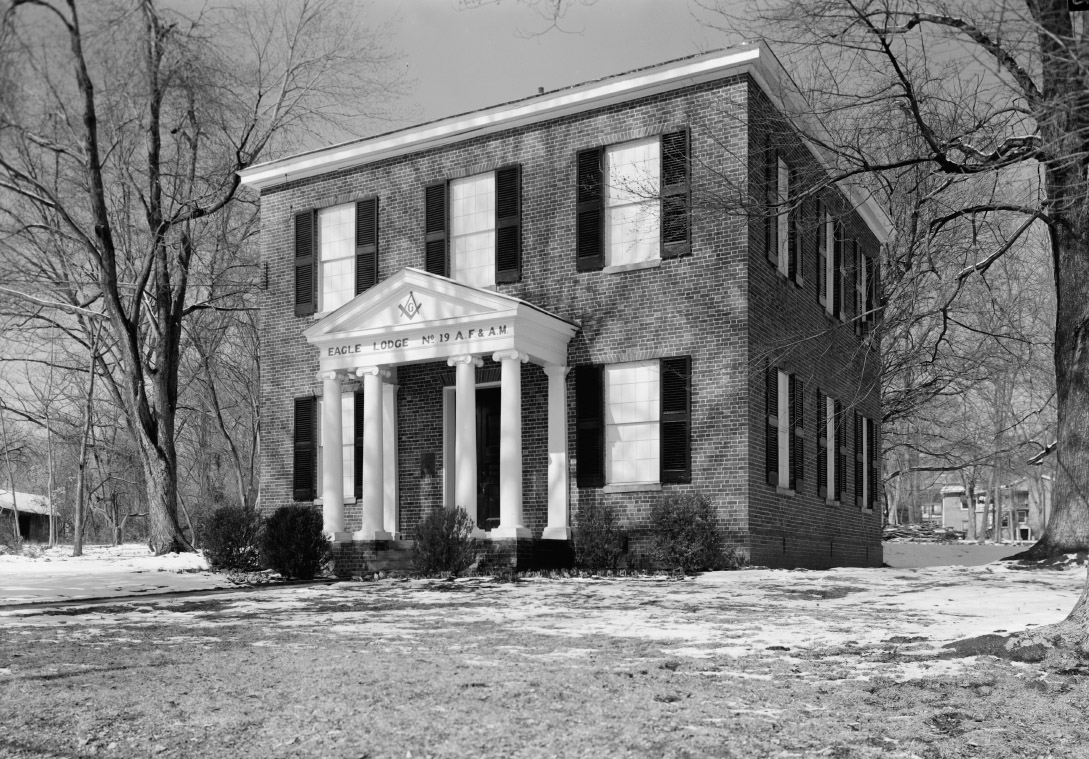 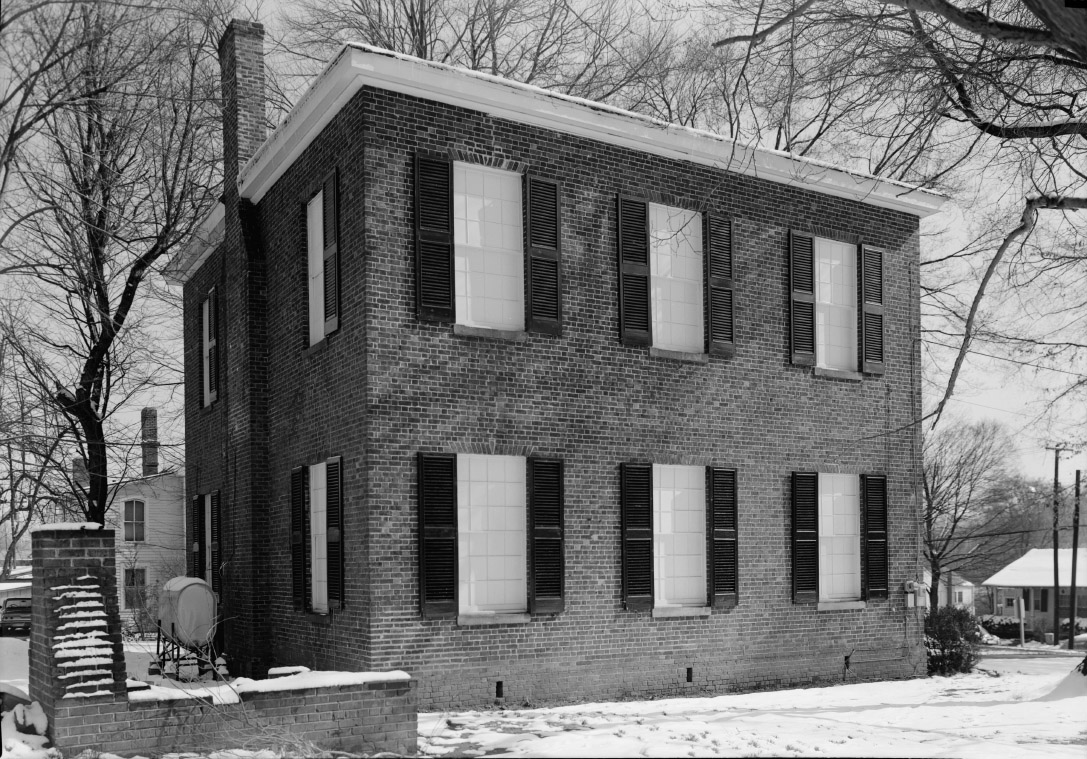 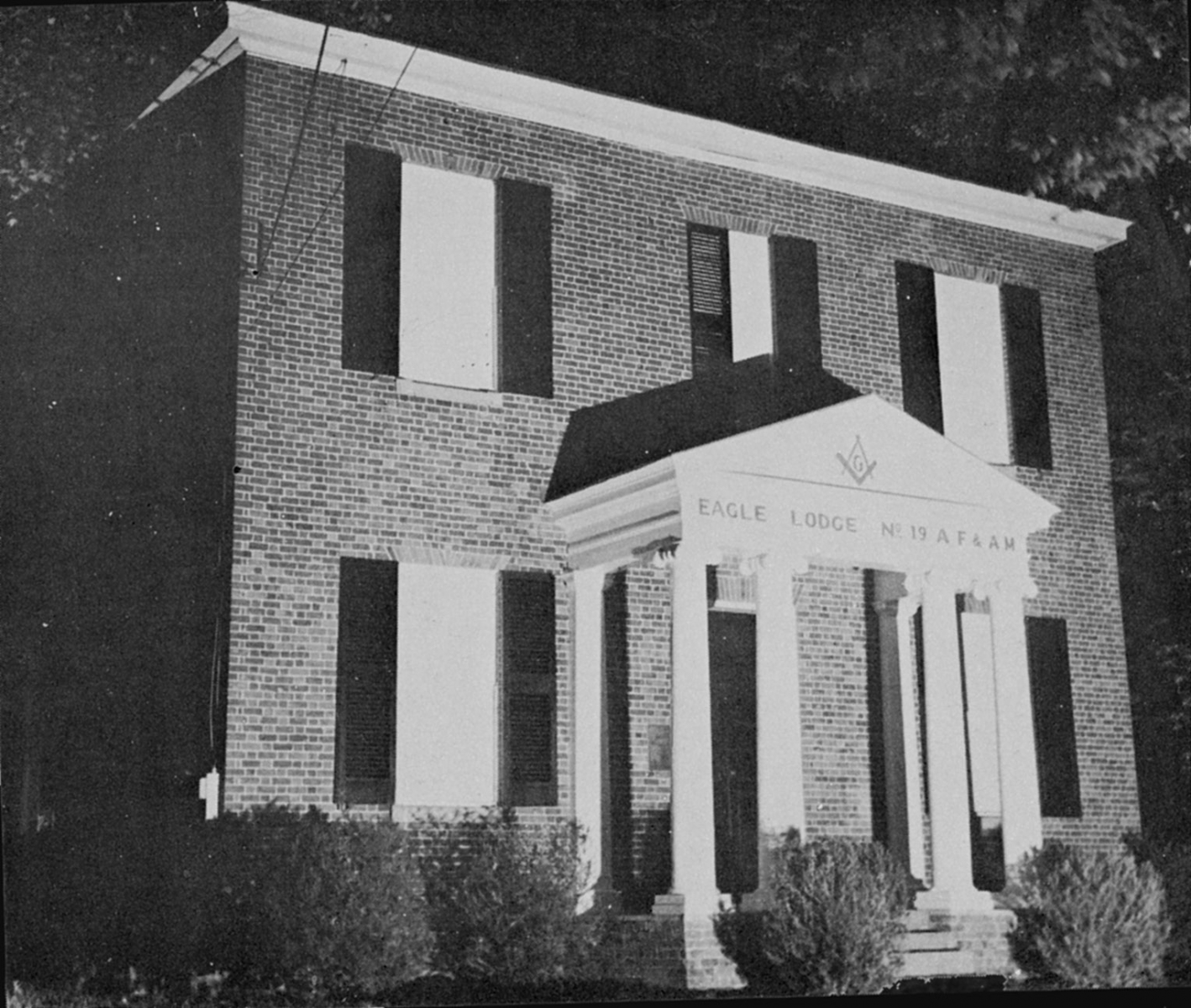 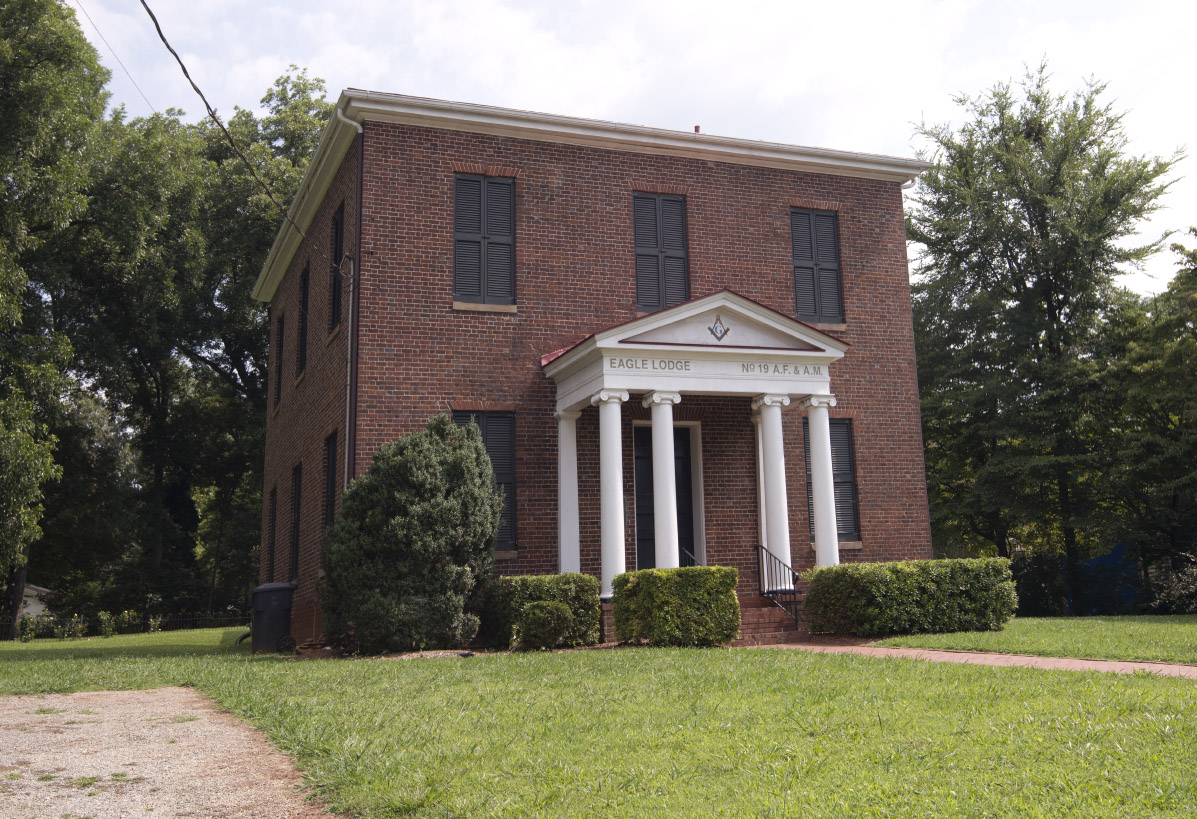