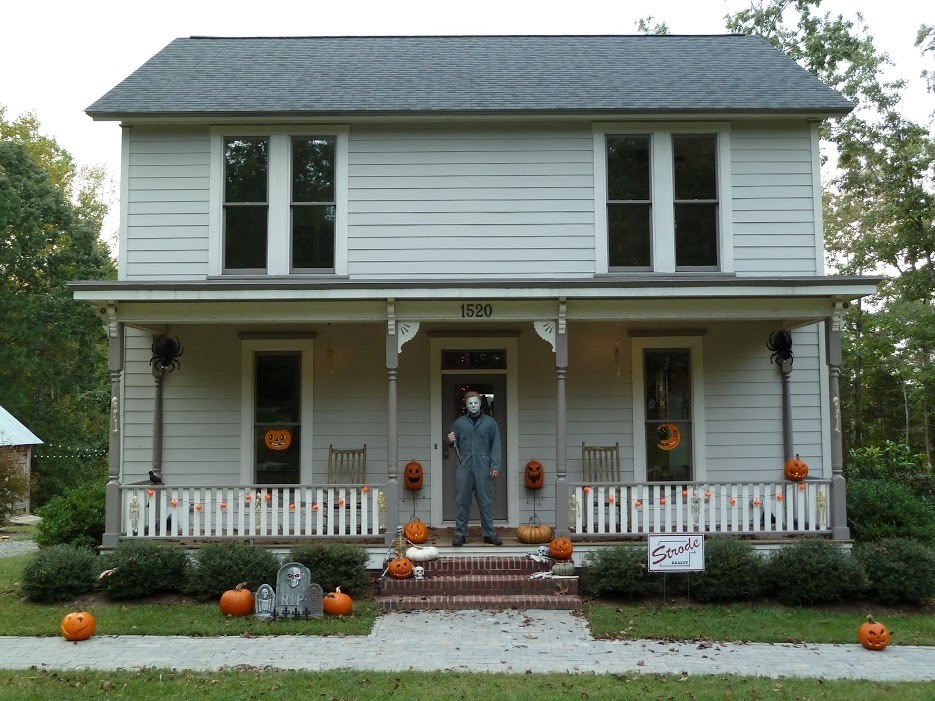 Located in Hillsborough, North Carolina, the real life replica was built by Kenny Caperton, maybe the biggest Halloween fan of all time (after this move). The original Myers house used in the film is actually located in California, but when Caperton built his house, he could not locate the blueprints of the original, which was built in 1888. Nonetheless, he went to the film and faithfully recreated the interior as best he could, only updating it to be more livable, but keeping the corridors as tight and claustrophobic as in the film.

The decorations have also been updated since the Caperton and his wife actually live in the house, but an entire bookshelf alcove has been devoted to Caperton's awesome collection of Halloween memorabilia, even including the masks from the much maligned, Michael-Myers-free third installment, Halloween III: Season of the Witch.

Visitors are encouraged to come by around in October when the home is appropriately kitted out for the season. Keep in mind that this house is a private residence and unlike in Halloween, it is not totally rad when unexpected visitors show up. 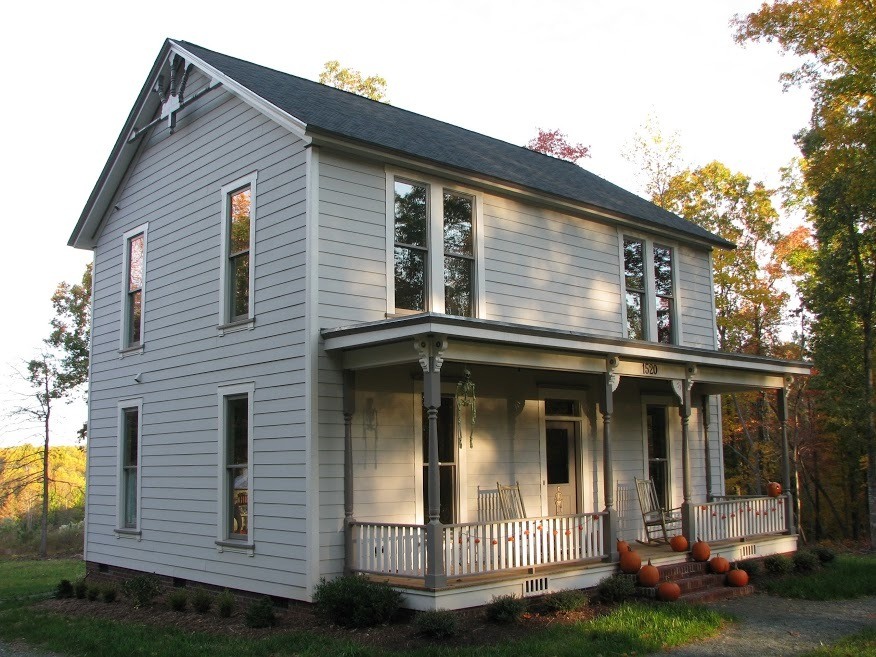