The Newman house is a one-story, side-gabled, Federal-style house that dates from c. 1787. The earliest recorded owner was Vincent Peter Williamson, it was also owned briefly by Mary Burke Doherty (Mrs. Thomas Burke). Since the 1860s, it has been owned by the Newman family. 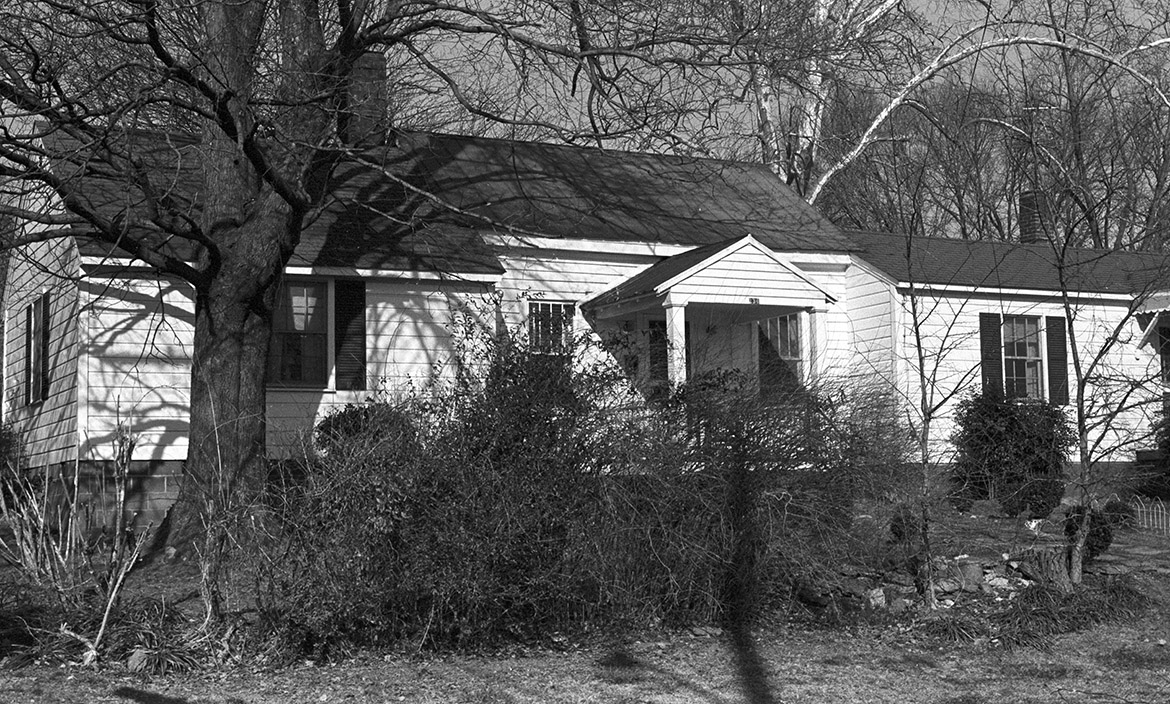 The core of this rambling house is a one-story, side-gabled, Federal-style house that dates from c. 1787. This section is three bays wide and single-pile with plain weatherboards, boxed eaves, a 5V metal roof, and replacement windows. The replacement fifteen-light French door, centered on the façade, is sheltered by a front-gabled porch supported by square posts with flush sheathing on the façade under the porch roof. This original portion contains a hall and parlor (now living room and bedroom), with interior finishes of horizontal pine planking, batten doors, and ladder leading to the attic. There is a full-width, shed-roofed section at the rear with an enclosed porch at the right rear (northeast).

The house has been considerably altered with 1940s additions and 2009 changes to the fenestration. In the late 1940s, one-story, side-gabled additions, flanking the original house, were constructed to project beyond the original façade. The left (west) addition is one bay wide and single-pile and the right (east) addition is three bays wide and single-pile. Both additions have concrete-block foundations, German-profile weatherboards, six- over-six wood-sash windows, and asphalt-shingled roofs with interior brick chimneys. The right wing has a six- light-over-three-panel door on the façade that is sheltered by a small gabled roof supported by knee brackets and accessed by a brick stoop with metal pipe railing. A single window to the left of this door was replaced with a triple window in 2009 [HDC]. Also in 2009, a two-bay, side-gabled addition was made to the east end of the structure with a shed-roofed addition at its rear [HDC].

County tax records date the building to 1787 and an early deed dated February 25, 1790 states that the lot was already improved. The earliest recorded owner was Vincent Peter Williamson, it was also owned briefly by Mary Burke Doherty (Mrs. Thomas Burke). Since the 1860s, it has been owned by the Newman family. John Newman acquired the house in the mid-1860s. Thereafter, it passed to his son William Henry in 1917 and then to his daughters, Estelle, Josie, and Gertrude. The original footprint of the house appears on the 1943 Sanborn map and the design of the side-gabled wings is typical of 1940s and 1950s architecture. A shed formerly identified with the property remains, but is located in the yard of 310 North Hassell Street.

There has been a garden here since 1790 and many old plantings still remain. Mrs. Alex Anderson, Mrs. Gertrude Henshaw, and Mrs. T. E. Lloyd, all Newman descendants, keep the borders bright with flowers.

The roses are of particular interest, and have always had their special names: "Granny's Rose," the "Velvet Rose" (a China hybrid), and several "Shell Roses," one from the garden of the old Nash and Kollock School. There is a large bush of Alba Odorata, with shining foliage and creamy blossoms of penetrating fragrance in June, and many other old favorites.

Mr. and Mrs. William Newman, who have the garden next door, at 228 West Queen Street, grow many more old roses collected over the years in Hillsborough and the neighboring countryside. The many iris in this garden as well, make it full of early bloom.