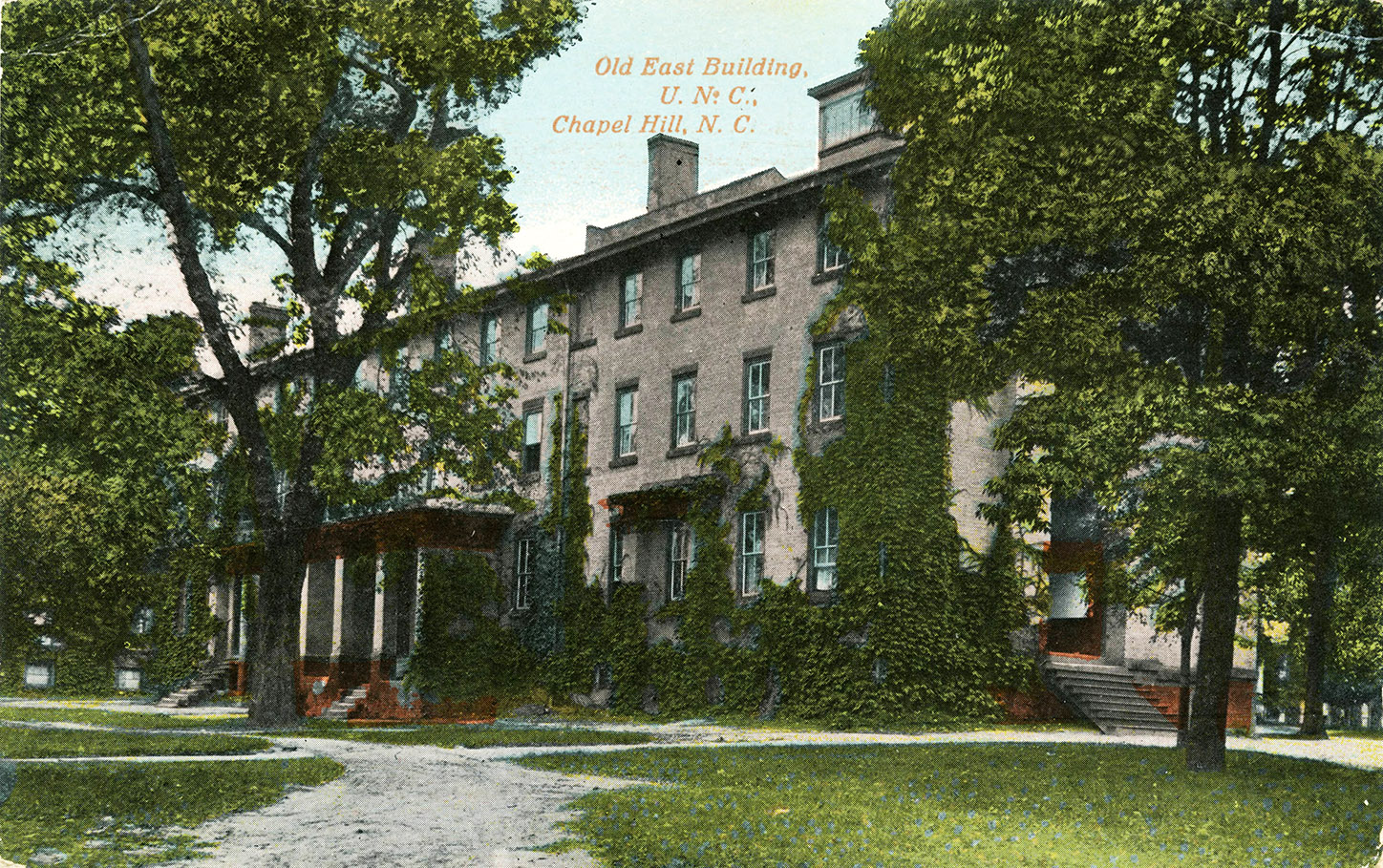 Old East, on the campus of the University of North Carolina at Chapel Hill, is the oldest state university building in the nation. Except during short periods of extensive renovation in 1922-23 and 1991-93, it has been in constant use for more than two centuries. Old East, originally called the "East Building," sits at the crest of McCorkle Place. On 12 Oct. 1793, the cornerstone was laid in a ceremony led by North Carolina's Grand Master Mason and later governor William Richardson Davie. A bronze plate placed in the stone states, in English and in Latin, that the event occurred at "New Hope Chapel Hill . . . [i]n the year of Masonry 5793 and in the 18th year of American Independence." Old East became home for the university's first student, Hinton James, when he arrived in February 1795.

Originally built in two stories, Old East acquired a third level in 1823 to mirror Old West, constructed opposite it. The "north towers" were added to both buildings in 1848, extending them and bringing them to their present dimensions. Most of the new areas served as library and debating chambers for the university's literary societies, with the Philanthropic Society (the "Phi") located in Old East and the Dialectic Society (the "Di") across the way. This reflected how the societies traditionally determined memberships, as the Phi claimed students from eastern North Carolina and the Di held their western counterparts.

Although used mostly as a men's dormitory, Old East has also held classrooms and offices, and it contained the University Library from 1853 through 1869. Among the thousands who have lived in Old East was James K. Polk, the eleventh president of the United States.

In 1922 the building was condemned as unsafe, after which it was completely gutted and refurbished. A second renovation of Old East in the early 1990s included the installation of air conditioning and elevators and asbestos removal but also returned the lime-washed building to an earlier appearance, reinstalling skylights, mantels, and (nonworking) fireplaces. The building was designated a National Historic Landmark in 1965. In 2000 female students were allowed to live in Old East for the first time. 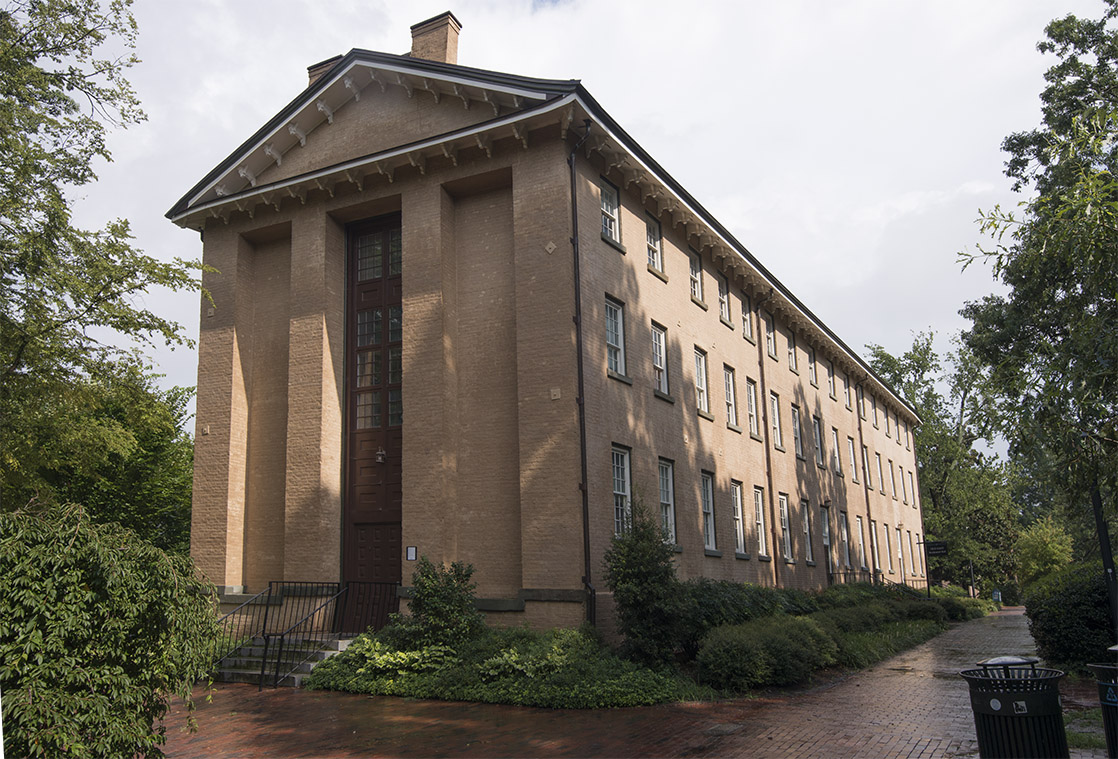