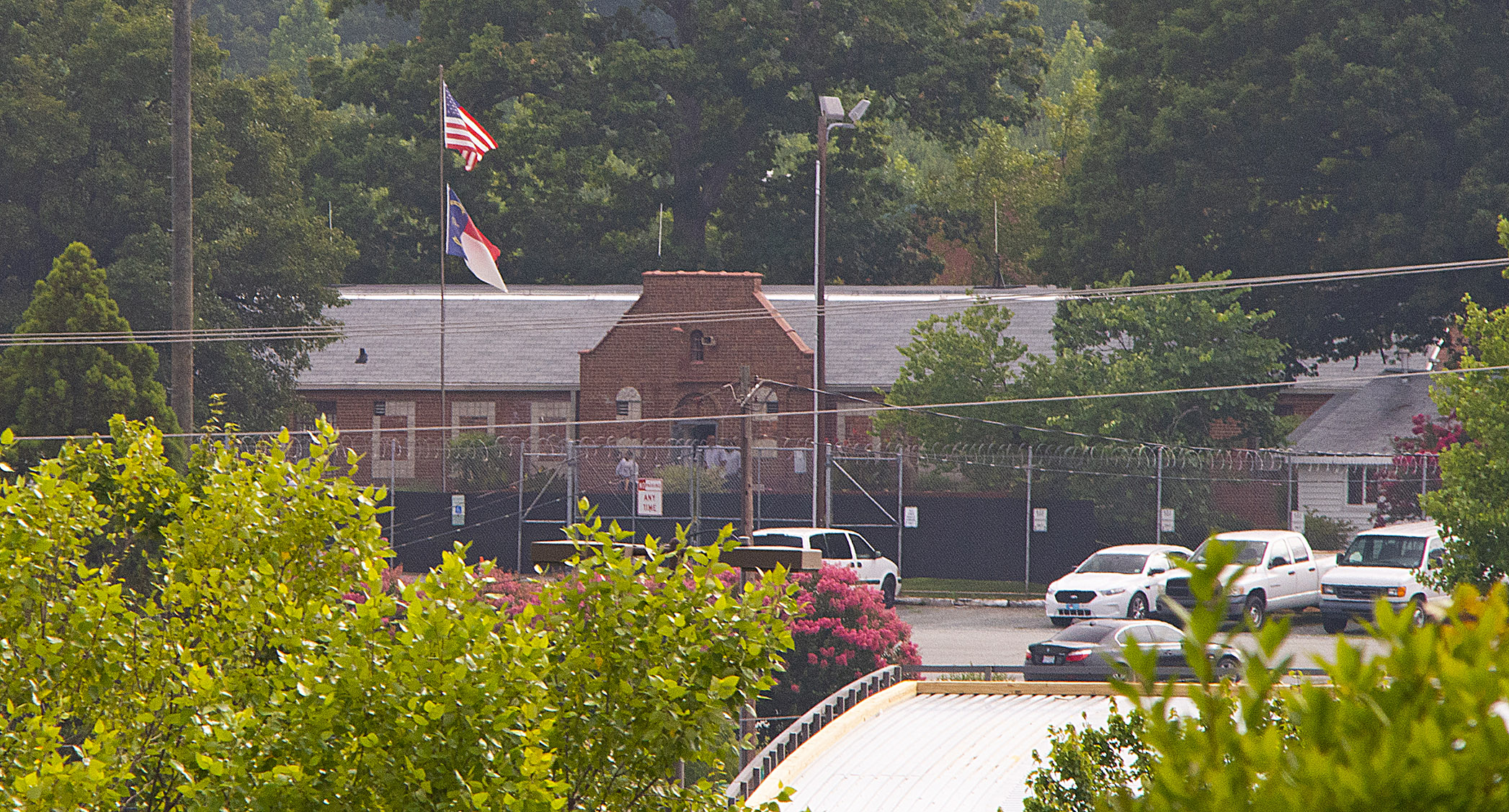 The property that became the Orange County Subsidiary Prison No. 56 was purchased by the State of North Carolina in February 1932 from the Davis family; it was previously known as the "William Strudwick homeplace." The original intention of the facility was to house medium-security inmates who worked on crews to build and maintain roads. 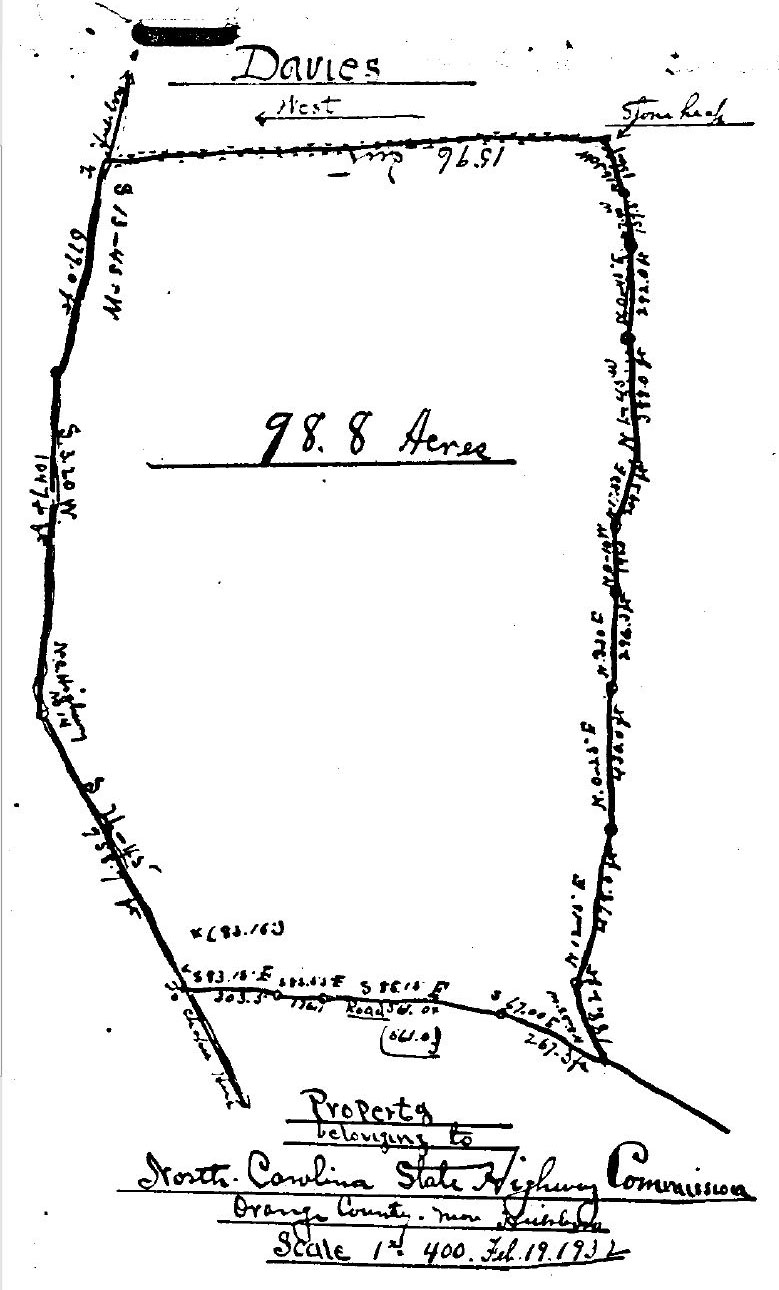 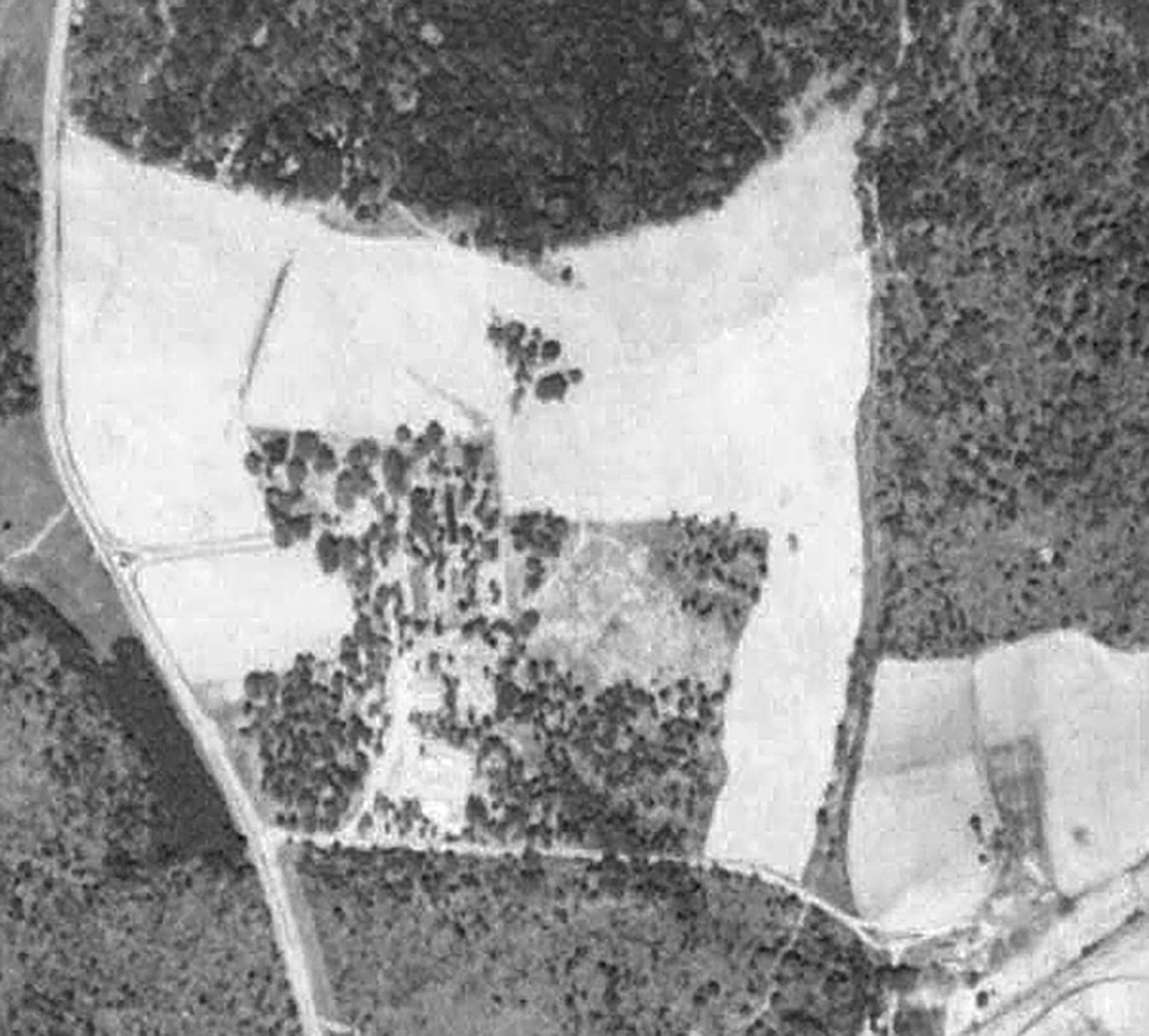 "Orange CC was one of 51 county prisons the state assumed responsibility for with the passage of the Conner Bill in 1931. It was one of 61 field unit prisons renovated or built during the late 1930s to house offenders who worked building roads." 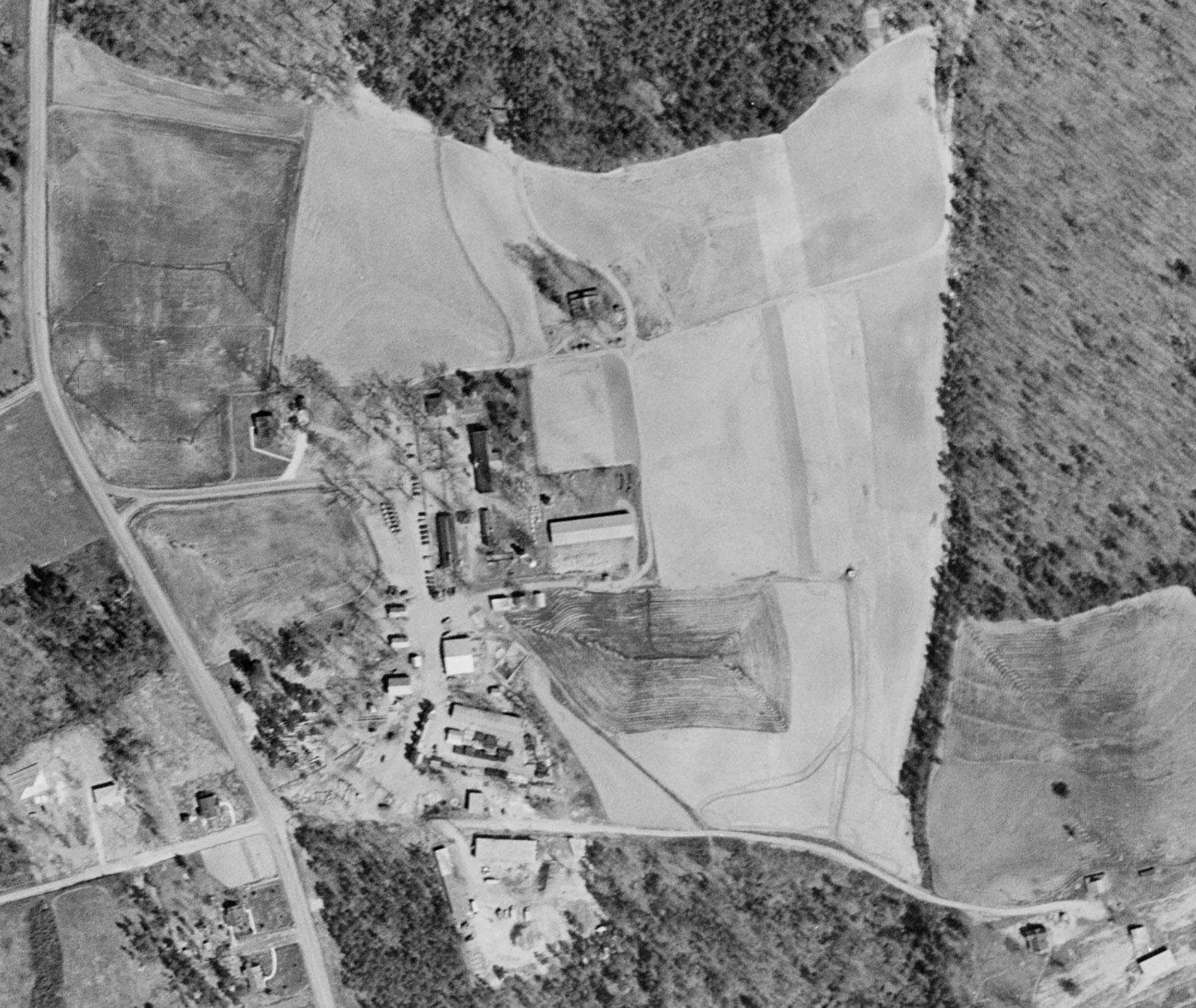 The prison was de-segregated in 1965.

"Orange CC was one of the 49 prisons in the Small vs. Martin federal lawsuit brought by offenders in 1985. The class action lawsuit resulted in a settlement agreement that required elimination of triple bunking and limited the number of offenders that could be imprisoned there.

The General Assembly provided two 50-bed dormitories for Orange in the $28.5 million Emergency Prison Facilities Development program authorized in 1987. The dormitory and a multipurpose building were ready when additional offenders arrived in July 1988."

The prison ownership was transferred to the Department of Transportation in 1987. 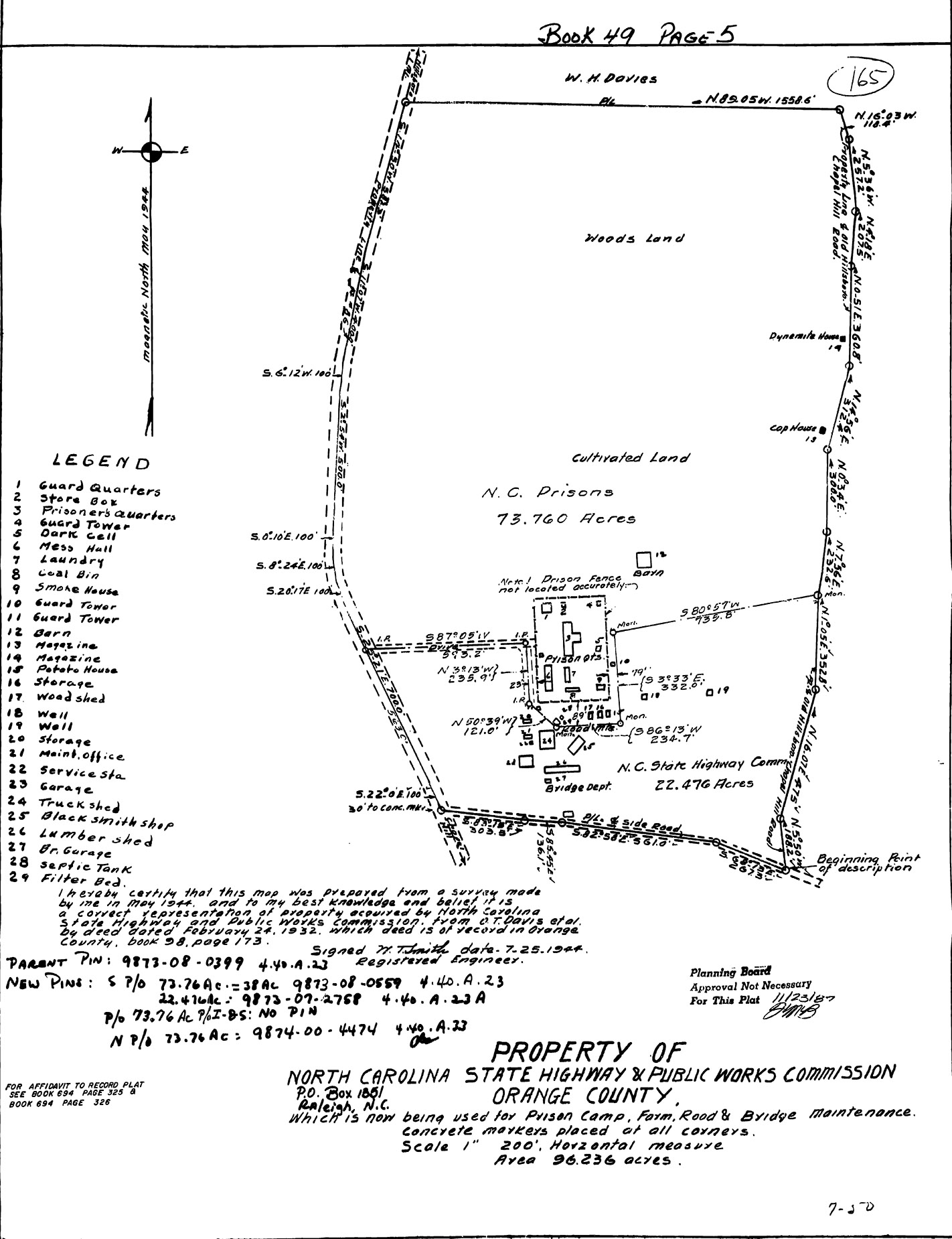 "The prison's original dormitory is still in use. A segregation building was converted into a chaplain's office and a library building was renovated for medical and office space. A 40-man segregation facility was completed in December 2008 and opened in December 2009" (From https://www.ncdps.gov/Adult-Corrections/Prisons/Prison-Facilities/Orange...)

Piedmont Community College works with the prison to provide vocational classes in food service technology and light construction. Classes for adult education and preparation for the GED test are available. Individual tutoring is available through the Orange County Literacy Council volunteers who come regularly to the facility.

Inmates may be assigned to Department of Transportation road crews, Community Work Program or work under contract for local government agencies. Offenders may also be assigned to unit jobs such as maintenance, kitchen, yard, clothes house or library. Offenders may participate in work release, leaving the prison for the part of the day to work for a business in the community. Study release is available at the University of North Carolina-Chapel Hill. Offenders are strongly encouraged to participate in substance abuse treatment programs.

The Alamance/Orange Prison Ministry funds a full-time chaplain at the facility and is raising funds to build a Religious Services Center. This group, along with other community organizations, is working closely with the Center in developing a transition program targeted toward offenders who have shown themselves to be serious about changing their lives and are working to do so." (From https://www.ncdps.gov/Adult-Corrections/Prisons/Prison-Facilities/Orange...)