Built in 1840, it already stood on the site when Thomas Ruffin purchased it in 1857 for his widowed daughter, Catherine Ruffin Roulhac, who named it "Laburnum Cottage." After Catherine's death in 1880 the house and lots passed to her daughter, Annie Roulhac, and then to her granddaughter Francis and her husband, Major Daniel Hamilton, and then to the Hamilton’s children; Elizabeth Roulhac Hamilton, historian; J.G. Roulhac Hamilton; and Daniel Heyward Hamilton. 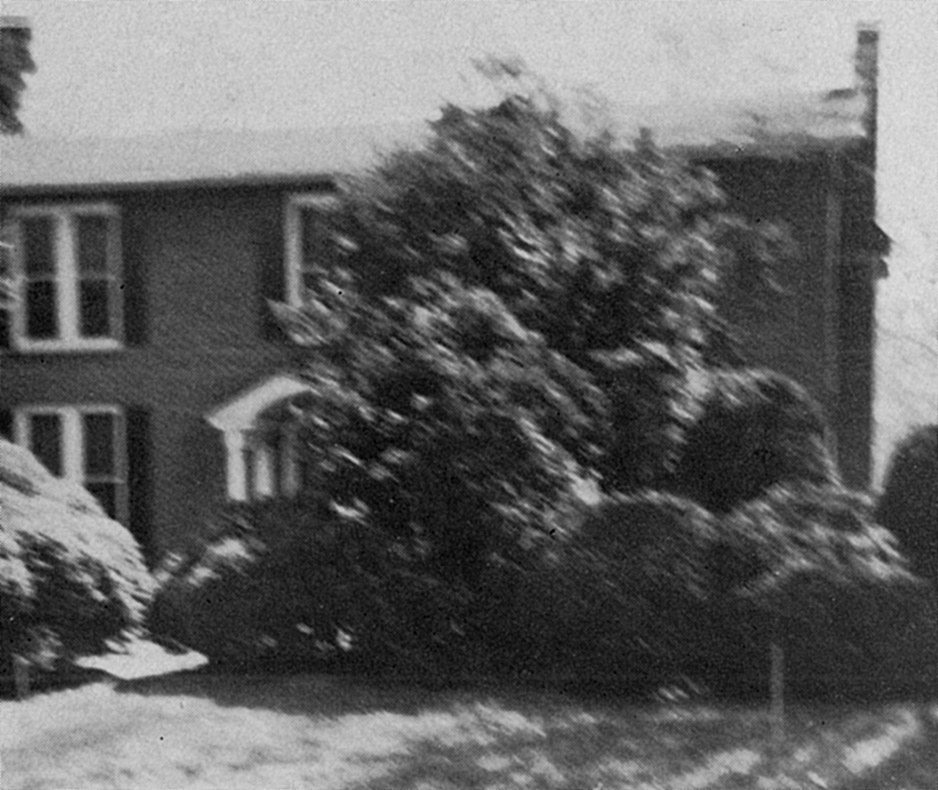 Though constructed in the mid-1800s, the exterior of this home was dramatically altered about 1940. The two-story, Colonial Revival-style house is three bays wide and double-pile with a low-pitched, side-gabled roof and a two-story gabled ell at the left rear (southeast). The house has a brick veneer, paired four-over-four wood-sash windows, and exterior end brick chimneys. The six-panel door, centered on the facade, has leaded- glass-over-one-panel sidelights and a leaded-glass arched transom. The entrance is sheltered by a front-gabled porch with arched ceiling supported by Tuscan columns. The rear ell has a brick veneer and six-over-six wood- sash windows on the first floor and vertical wood sheathing and eight-light casement windows on the second floor. The exterior chimneys and windows may be all that remains of the nineteenth-century house. The brick veneer, entrance, and two-story rear ell date from the c. 1940 renovation. There is an uncovered brick terrace on the left (east) elevation.

Bellinger dates the house to 1840 and it apparently already stood on the site about 1857 when Thomas Ruffin purchased it for his widowed daughter, Catherine Ruffin Roulhac, who named it "Laburnum Cottage." After Catherine's death in 1880 the house and lots passed to her daughter, Annie Roulhac, and then to her granddaughter Francis and her husband, Major Daniel Hamilton, and then to the Hamilton’s children; Elizabeth Roulhac Hamilton, historian; J.G. Roulhac Hamilton; and Daniel Heyward Hamilton. In 1936 the house was sold to Dr. Bryan W. Roberts and his wife, who made dramatic alterations to the building including adding the brick veneer, the new entrance, and the rear ell. County tax records date the building to 1845 and a sign in the yard notes that it is the Roulac-Hamilton House c. 1840. 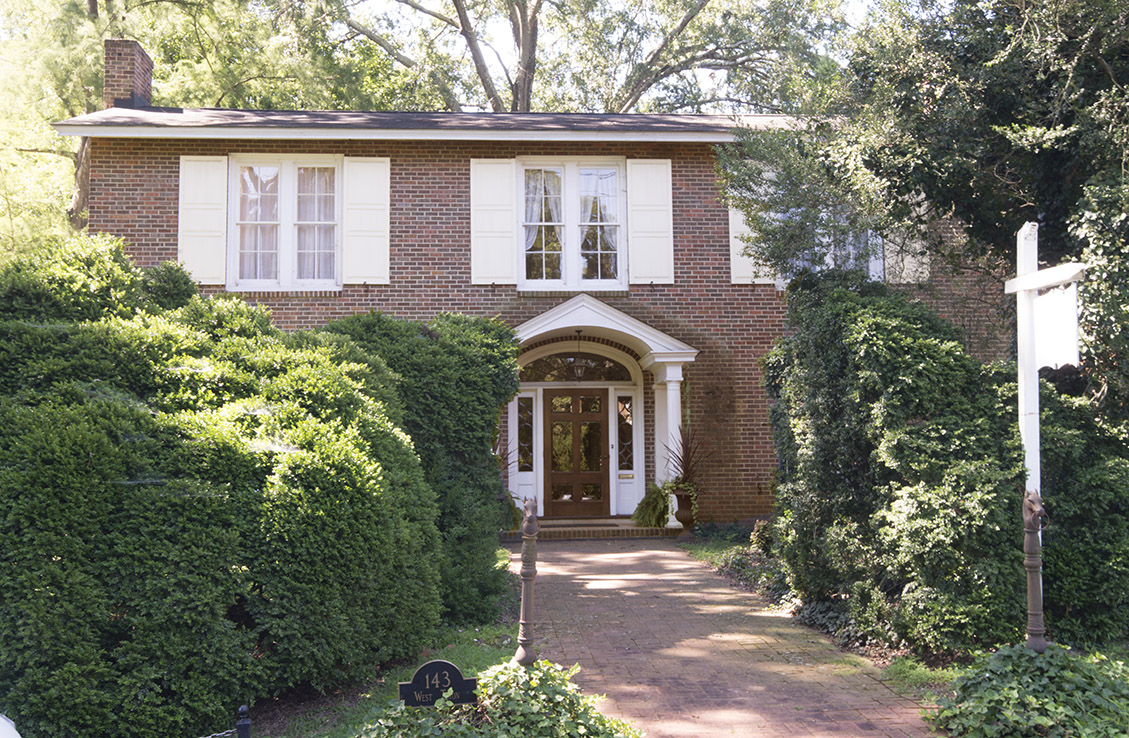 Maj. Daniel Hayward Hamilton House: This handsome house was built about 1840 on land once owned by Edmund Fanning. It is now the home of Mrs. Bryan Roberts. The outstanding features of the garden are the bald cypress trees and the fine old boxwood. Since Mrs. Hamilton's family, the Roulhacs, came from Edenton, where cypress trees abound, it is easy to assume that these trees were brought to Hillsborough from Edenton when very small, or were grown from seed. However, a letter from Moses Curtis, the Hillsborough botanist, to Asa Gray, written in 1857, cells us that he was then experimenting with growing the bald cypress in Hillsborough, having received some plants and some seed from the low country. The success of his efforts is apparent, for the trees have attained great size.

The garden on the east side of the house contained two large, elevated flower beds, or "mounds," at least twelve feet across and surrounded by box borders. They were planted to spring bulbs and small flowering plants. It is logical to imagine that walks led to the flower beds, and that the garden was laid out in a definite plan.

Near the east side of the house grows a remarkably large bush of the old "Hillsborough Sweetheart Rose."