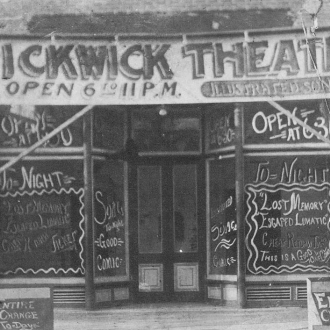 105
East Franklin Street
,
Chapel Hill
NC
Built in
circa 1905
People:
Samuel J. Brockwell
Construction type:
Brick
,
Masonry
Local Historic District:
Chapel Hill
Neighborhood:
Chapel Hill - Franklin-Rosemary
Type:
Commercial
Use:
Appliance Store
,
Bank
,
Dry Cleaners
,
Grocery Store
,
Hair salon
,
Market
,
Movie theater
,
Restaurant
,
Theater
The Pickwick Theatre was Orange County's first movie theater, and was located on East Franklin Street in downtown Chapel Hill. It began operation in 1909, and was owned by Samuel J. Brockwell.
"The Pick" offered motion pictures and/or live music and also "illustrated songs" during its early years. The movies shown were silent films (until 1930), and an organ was played to accompany the film. Mable Hill was the theater's organ player; she began working at the theater while a high school student, playing music that "would coincide with the visual imagery presented on screen." After several years of playing solo, an orchestra accompanied her during shows or played alternate shows. In a 1953 interview with the Chapel Hill Herald, Hill said the theater "was always full on weekends ... Never a seat in the place. There were constant yells, flying peanuts and ribald comments on the picture from the students.” She also said that "if the films were in any way disappointing, shouts of derision notified the manager." Former UNC student (class of 1922) George Watts Hill, during a 1986 interview, had similar things to say: "The Pickwick Theater was [on Franklin Street] and you had to be careful, you had to sit in the back of it because if you sat even three rows down somebody'd hit you with raw peanuts on the back of the head." 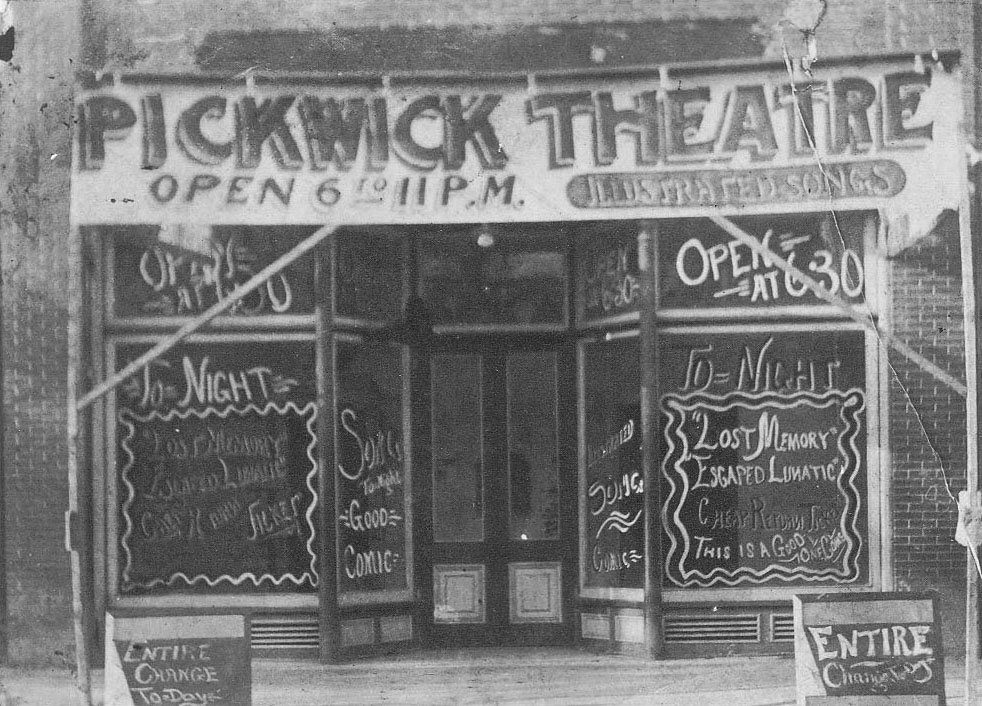 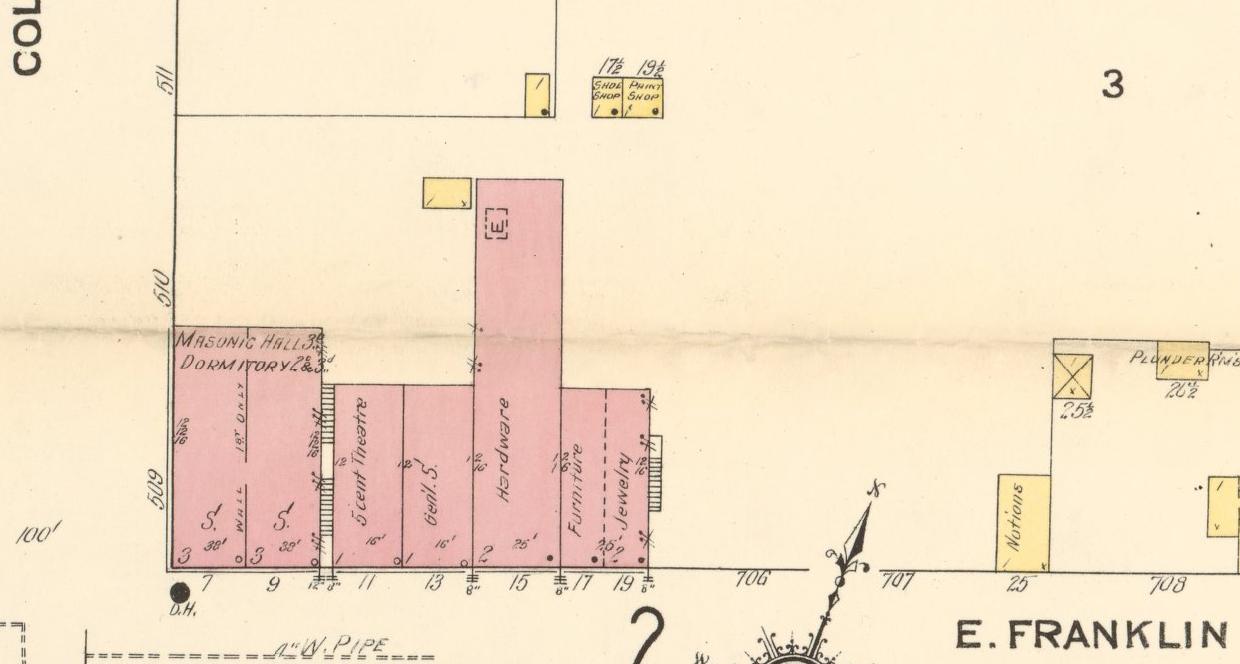 Circa 1912, the Pickwick Theatre moved next door (to the west, now 103 Franklin Street) into the Brockwell Building, as Brockwell owned both these properties at the time. The space was then occupied by Fowler's Model Market, owned and operated by John T. Fowler. 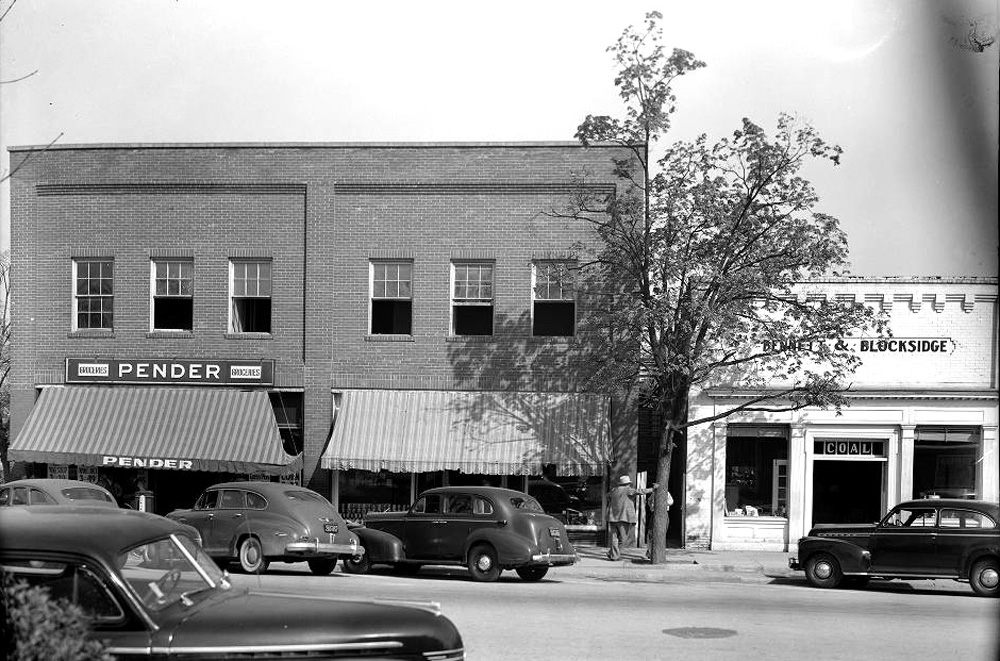 At right in photo, circa 1947 (photo by Bayard Wootten, via UNC) 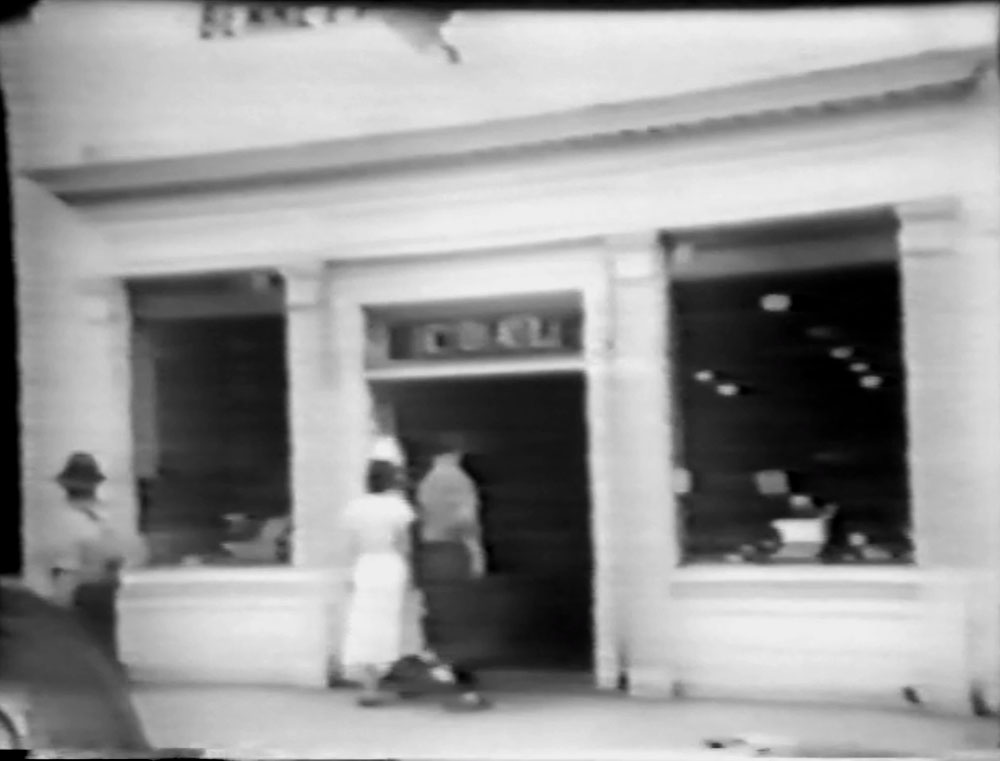 Circa 1975, Northwestern Bank moved into the structure. 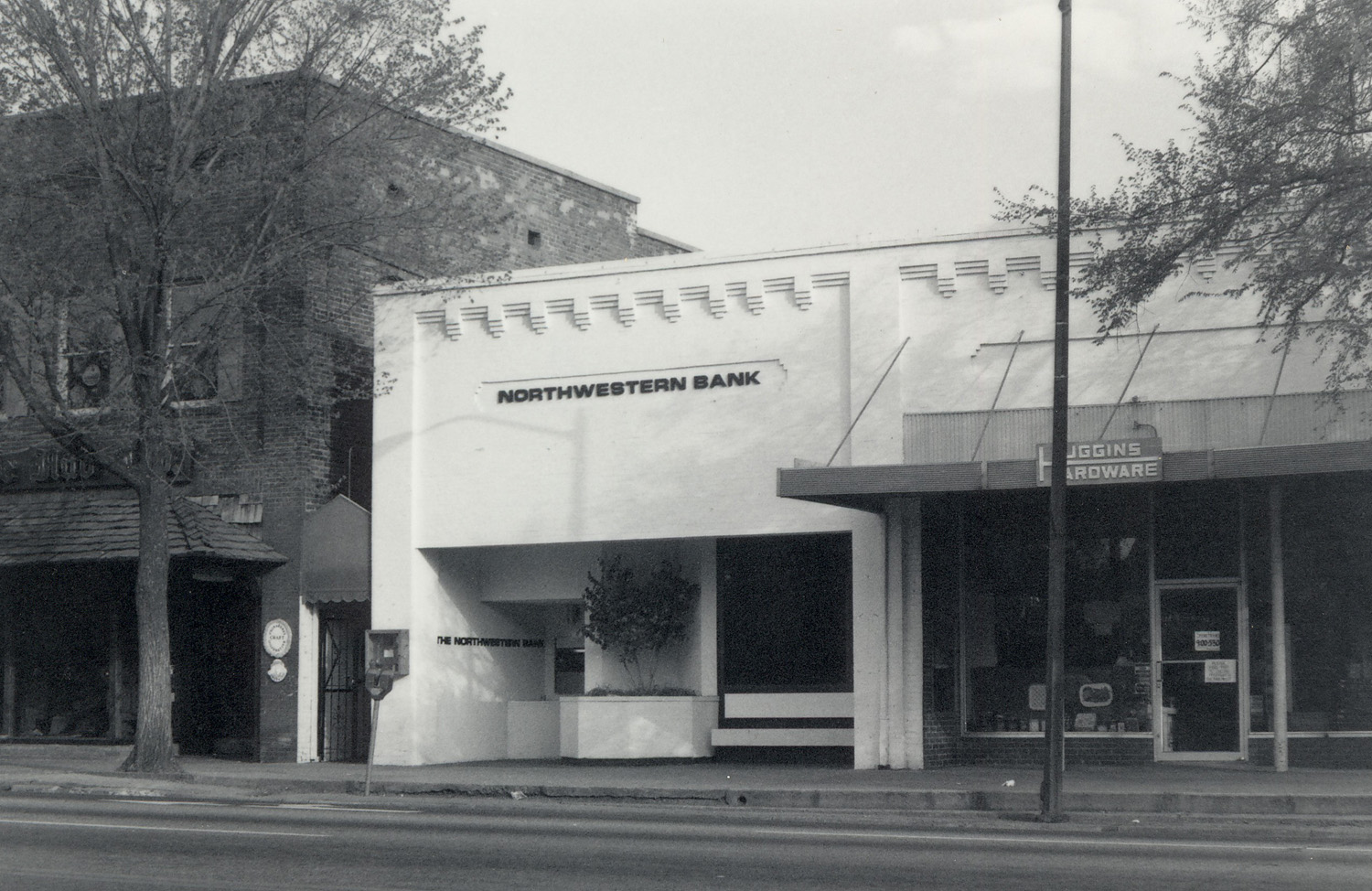