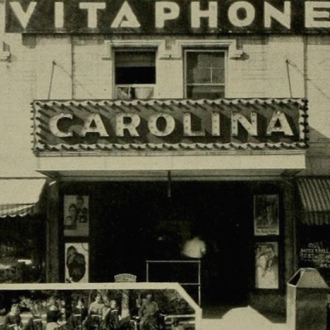 123
East Franklin Street
,
Chapel Hill
NC
Built in
1927
/ Modified in
1942
,
1951
,
1966-1967
Construction type:
Brick and Frame
Local Historic District:
Chapel Hill
National Register:
Chapel Hill
Neighborhood:
Chapel Hill - Franklin-Rosemary
Type:
Commercial
Use:
Apartments
,
Candy Store
,
Movie theater
,
Newsstand
,
Optician
,
Theater
Built in April to September 1927, it was constructed for property owner William B. Sorrell by local contractor Charles Martindale (Jo Fernandez was the "decorator"). It opened the night of September 22, 1927.
In addition to the theater, the building housed Jeff Thomas's Jeff's Campus Confectionary (in the right side), W. B. Sorrell's Optometry and jewelry (left side); the upstairs were apartments.
E. Carrington Smith was the theater's manager. The theater was run by the Publix Theatres Company. It had a Robert Morton pipe organ and a seating capacity of 703. 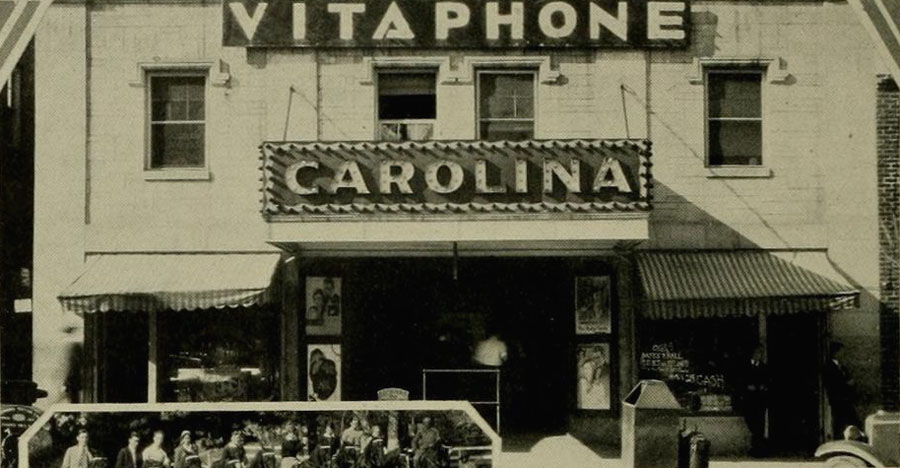 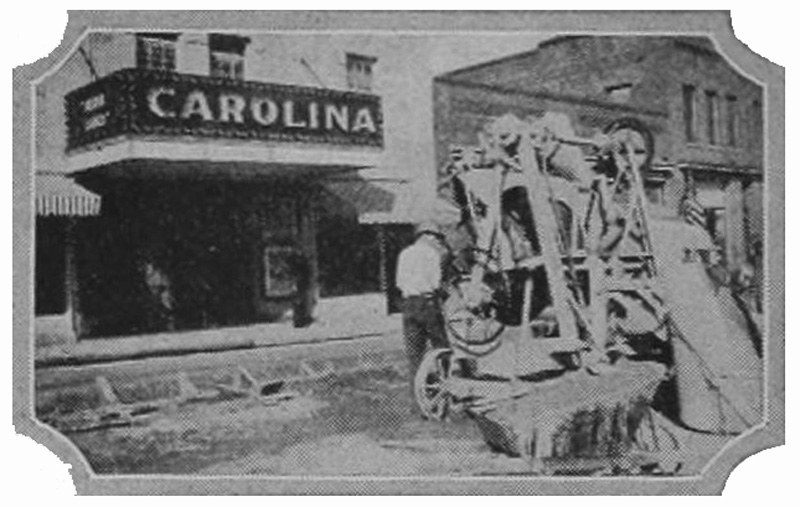 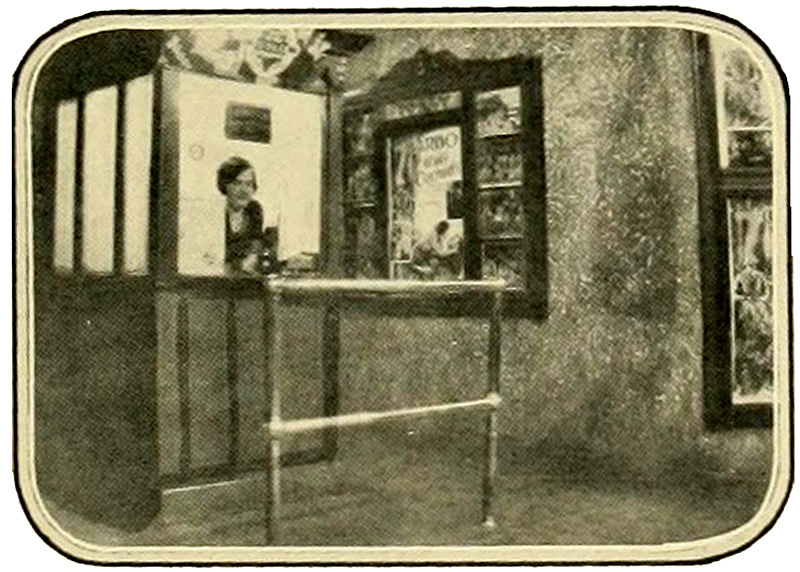 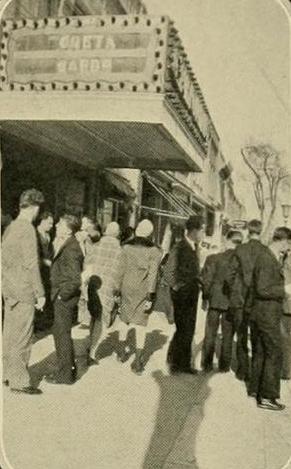 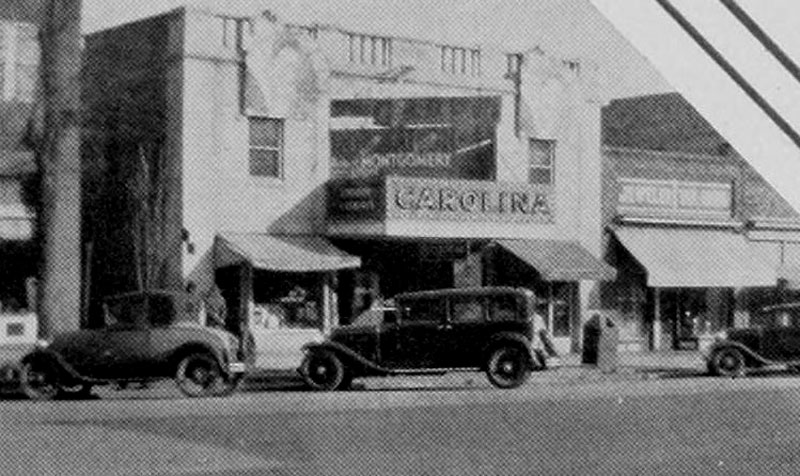 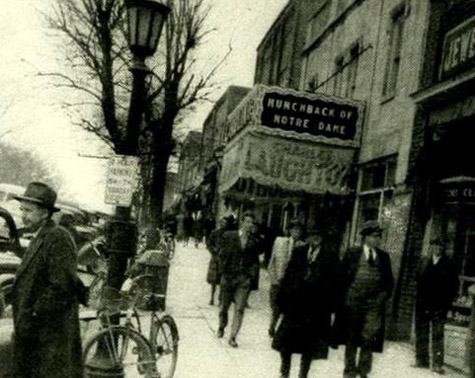 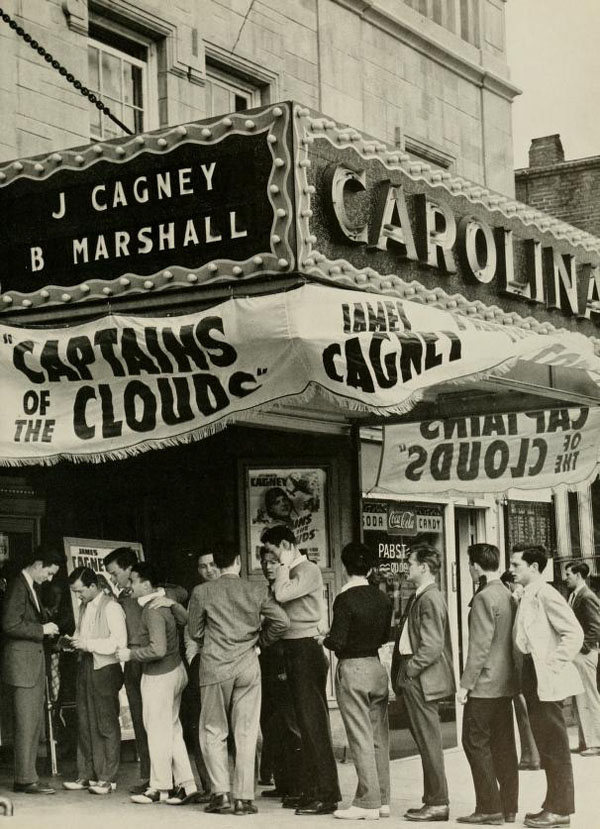 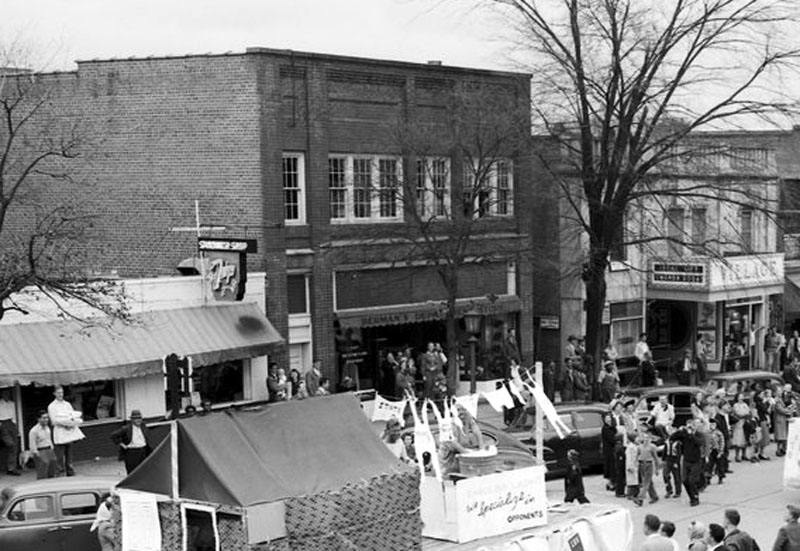 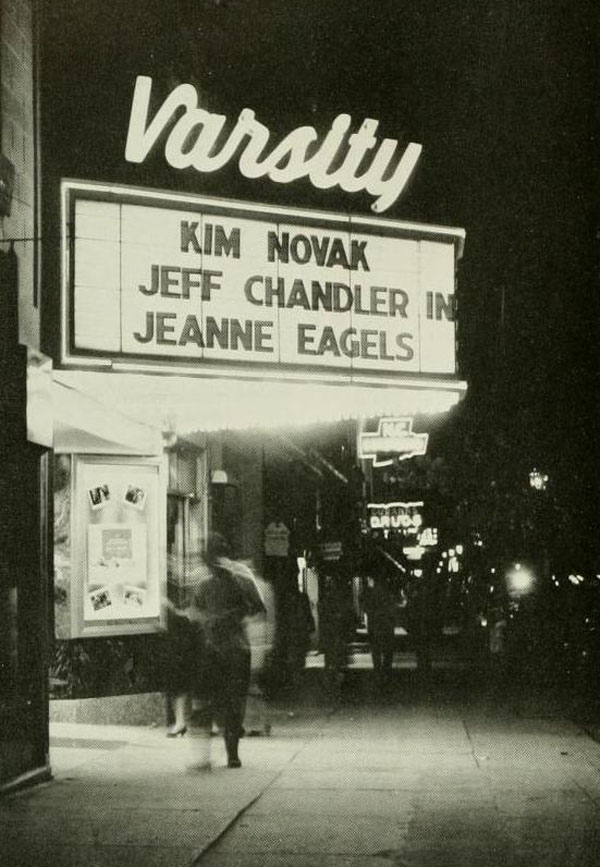 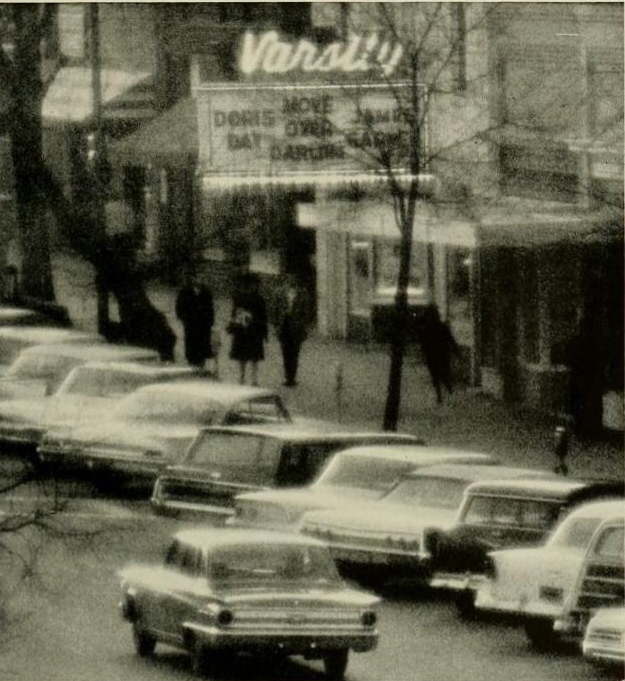 In 1960-61, Civil Rights protestors picketed the theater (part of the group was called "Citizens for Open Movies"). In November 1961, the theater allowed black UNC students ("with valid identification") to attend. By February 1962 the theater implemented full desegregation.

The theater was remodeled in early 1966, with a 500-seat capacity. There was a fire in the building on November 16, 1966, which gutted the theater, the other businesses (Jeff's and City Optical), and apartments. Luckily, nobody was killed or injured due to the fire. 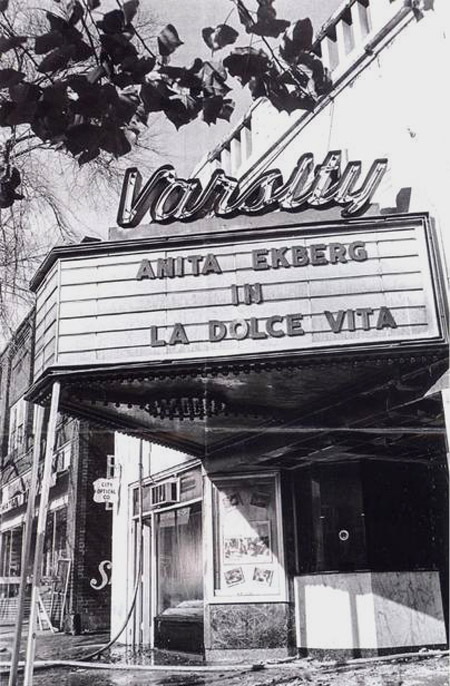 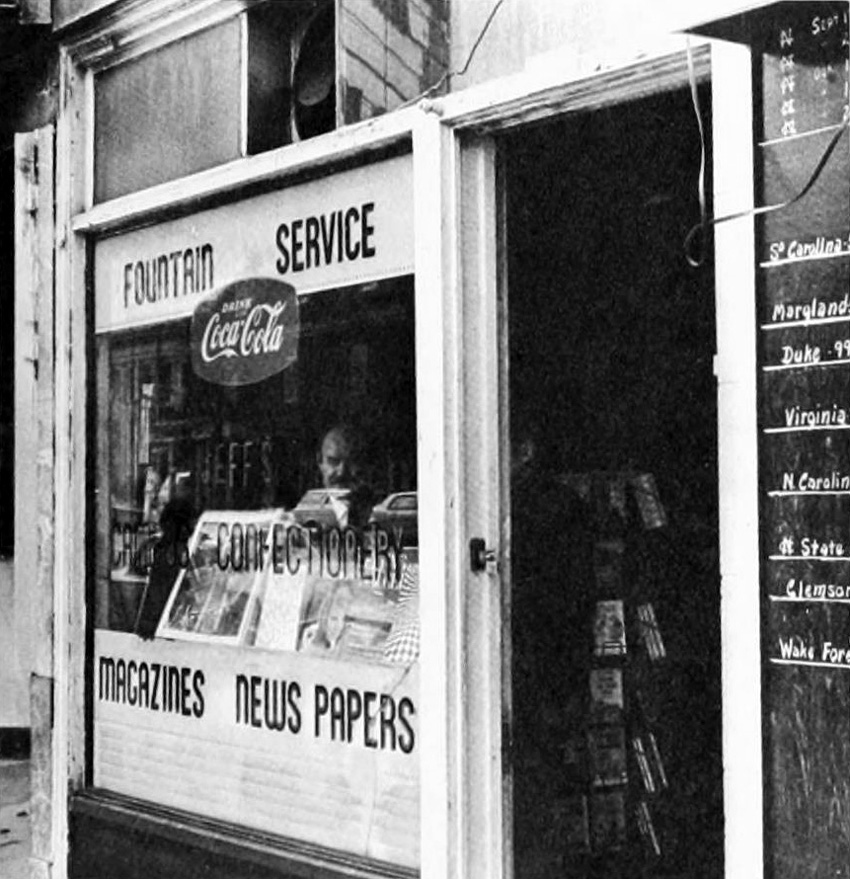 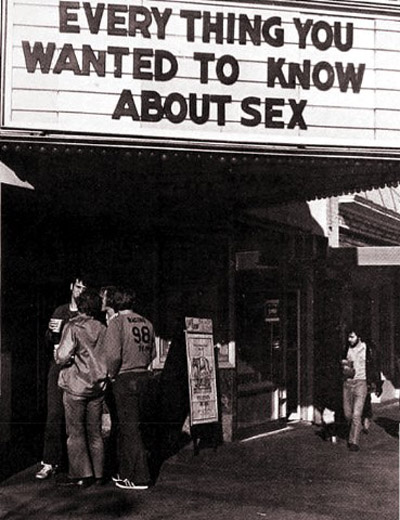 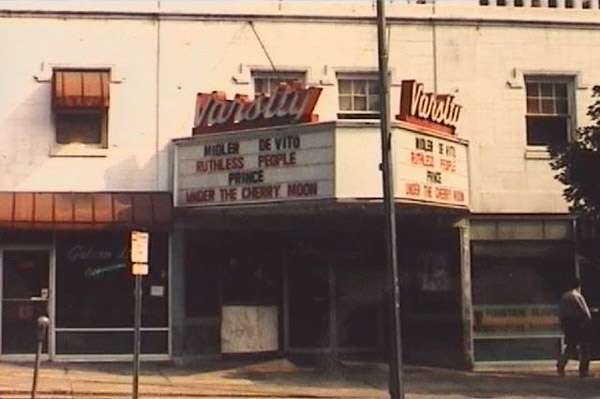 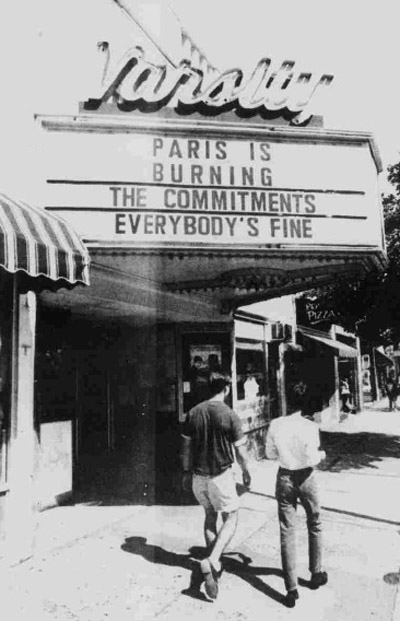 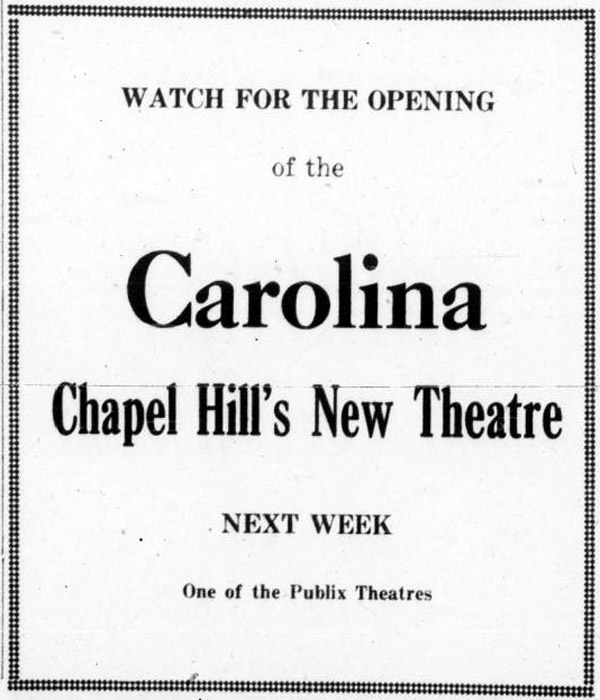 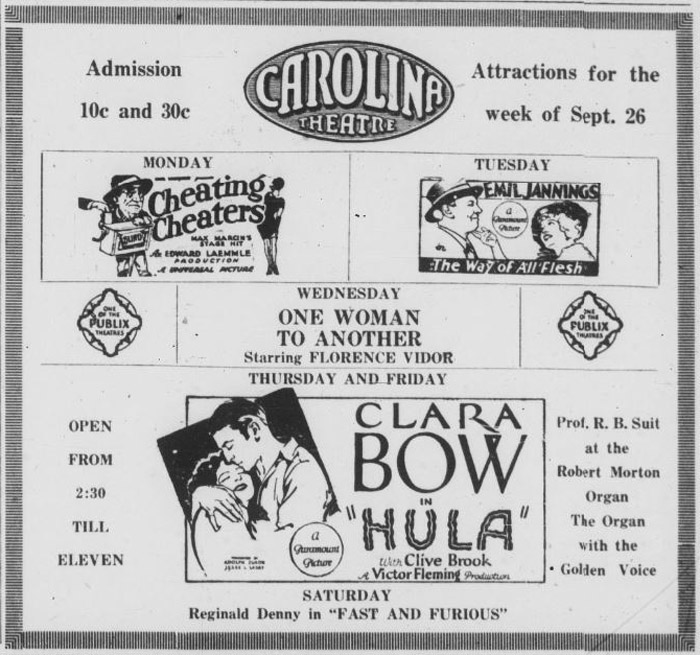 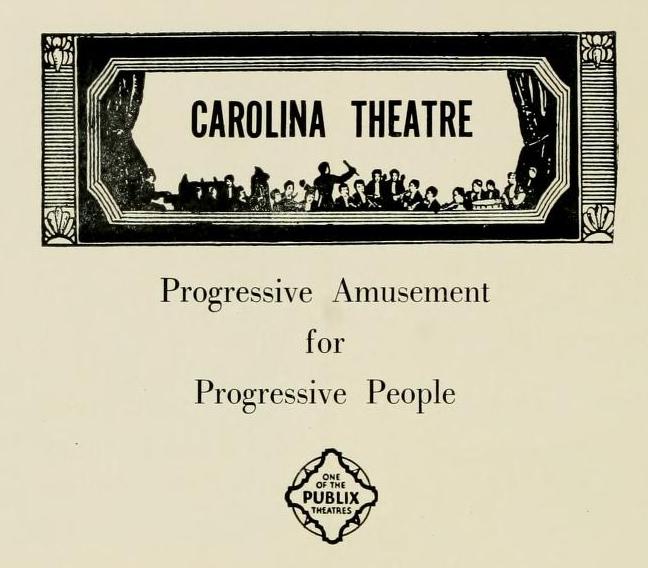 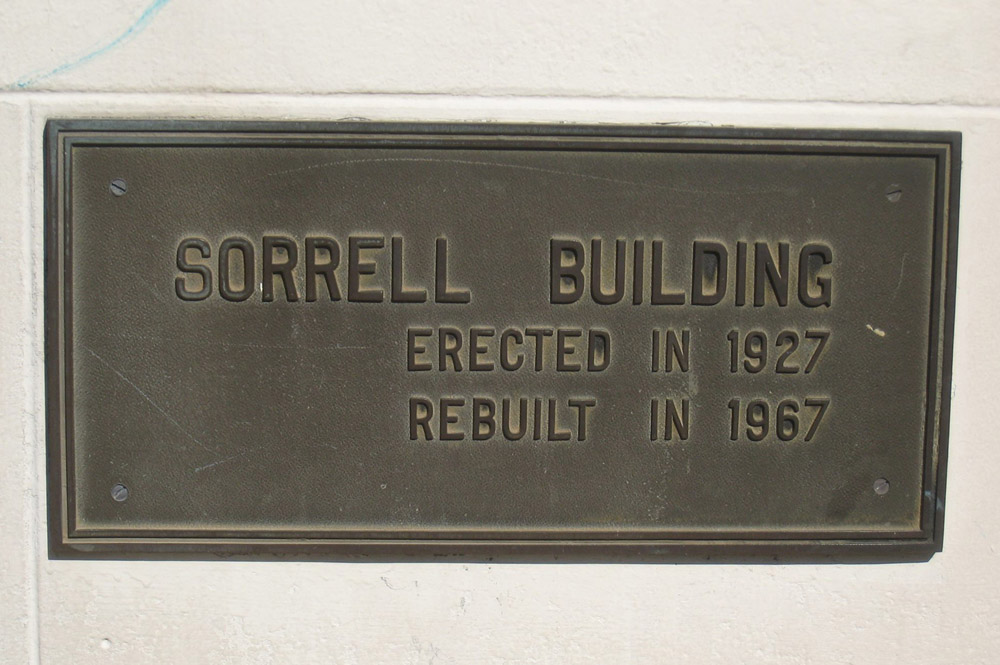 The building's 1967 plaque (photo via the CHHS)