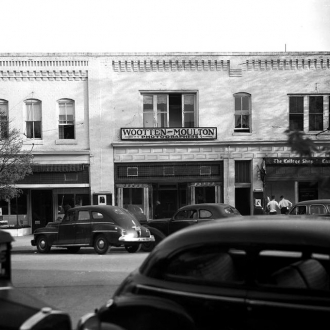 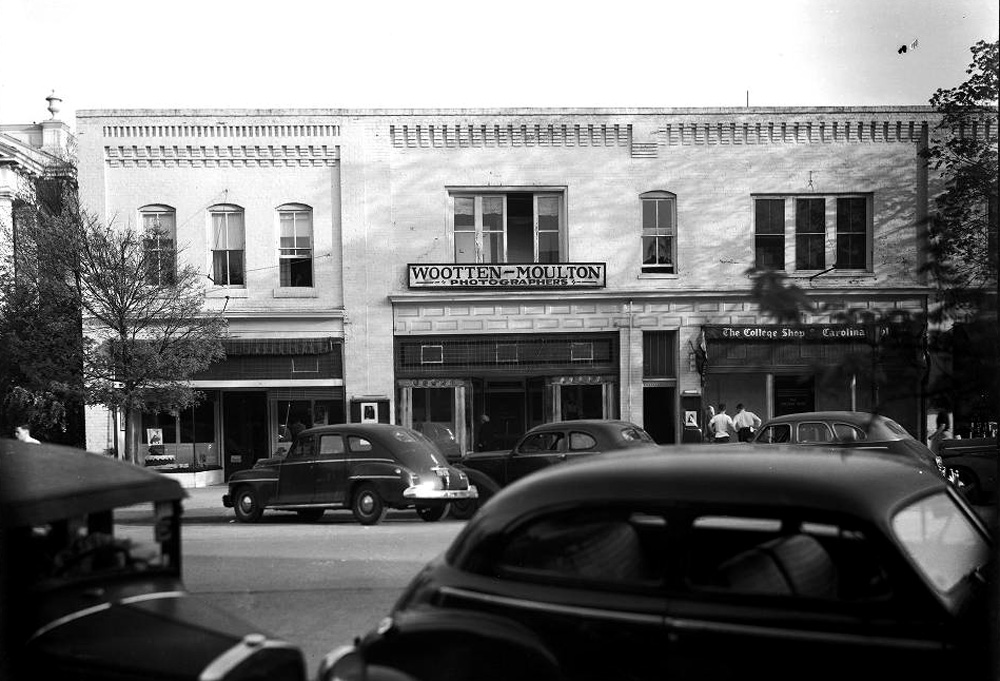 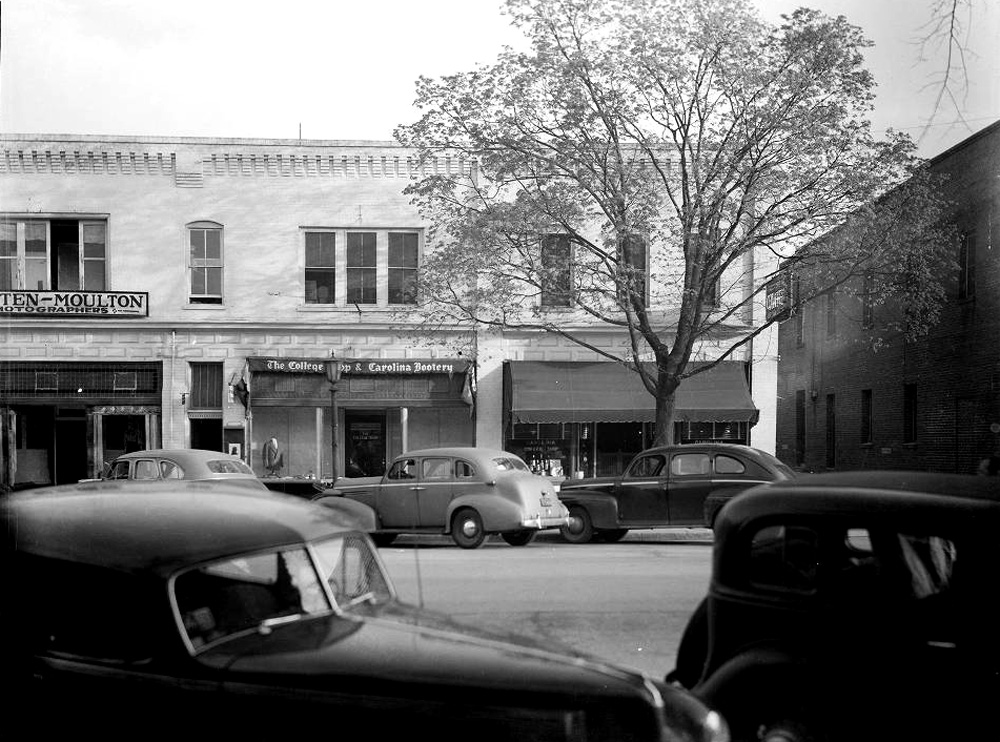 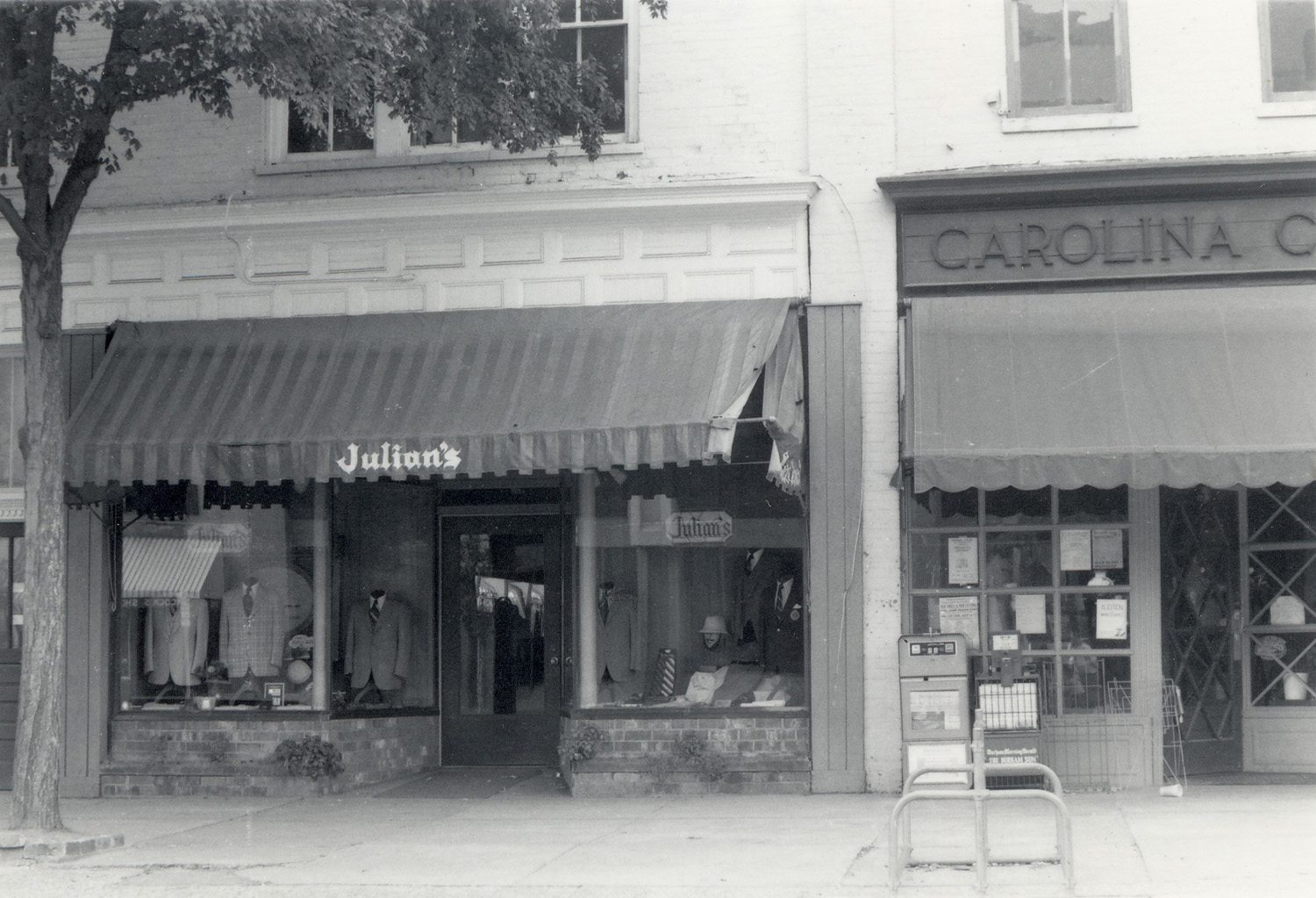 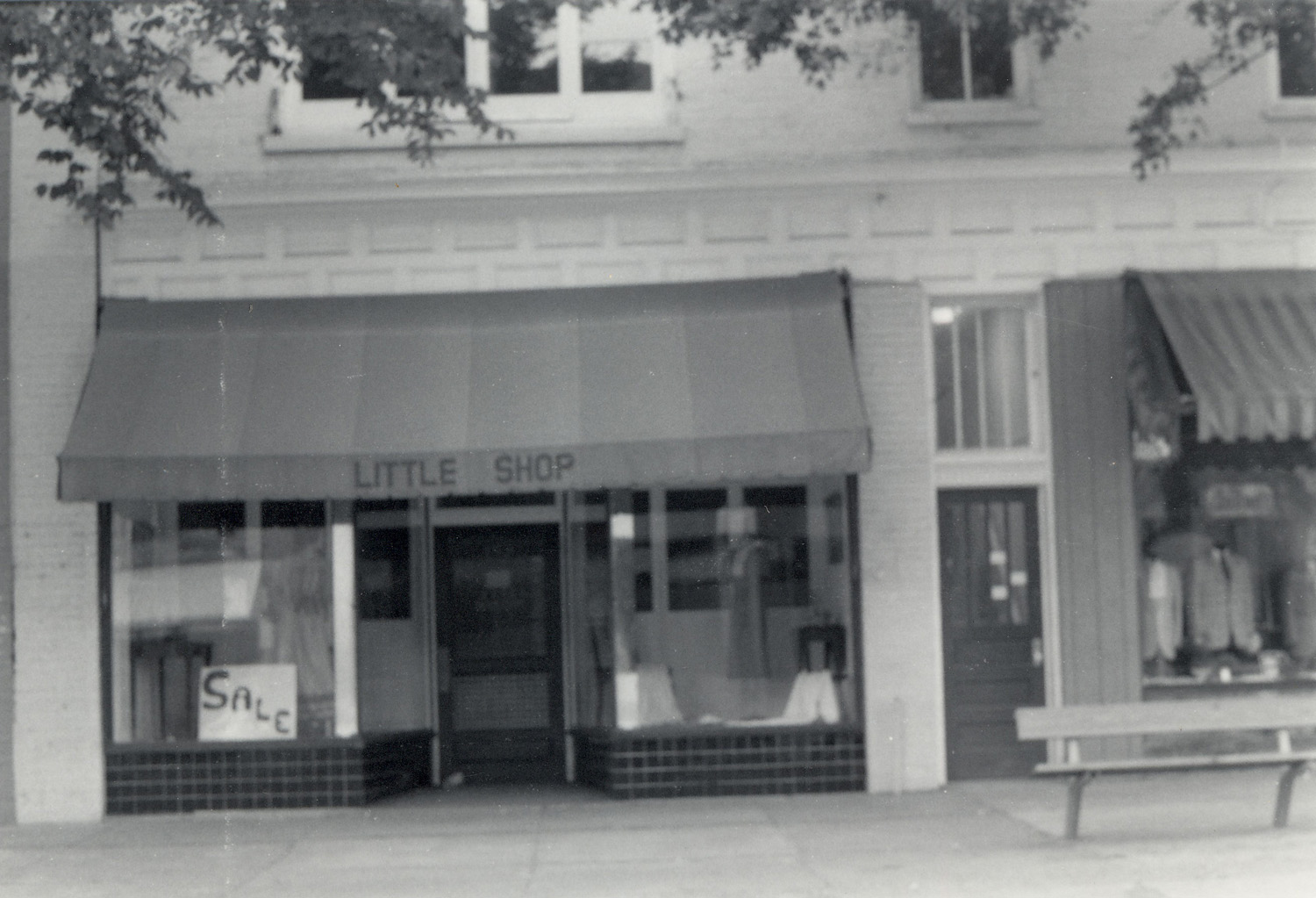 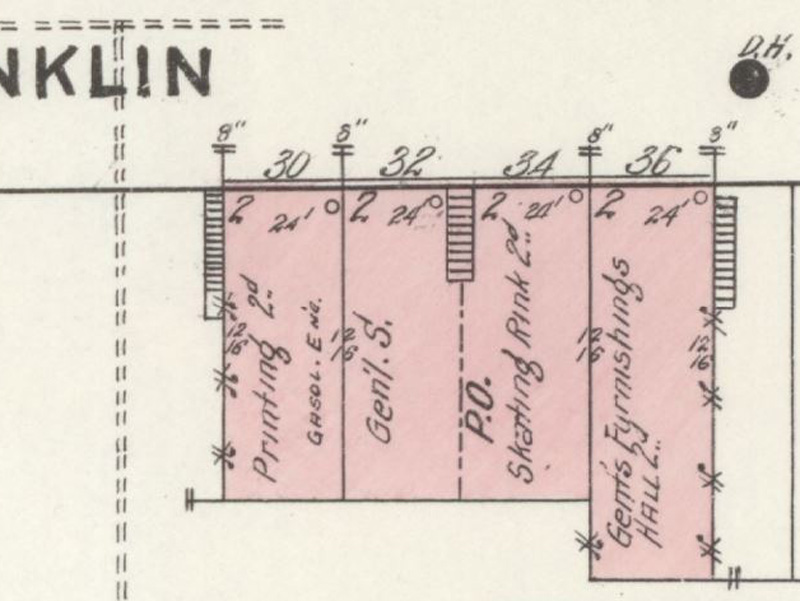 The building was built circa 1900 by/for John Sprunt Hill (the right/western three bays were, with the left/eastern most bay built circa 1910). Its first tenants were (west to east):

"One of the most intact and architecturally distinctive commercial buildings in the district, the two-story Hill Building is five bays wide with four storefronts and a second-floor entrance, a painted brick exterior, corbelled brick parapet, and wood cornices over paneled entablatures above the storefronts. The right (west) bay (138 W. Franklin) has a replacement storefront with an angled recessed entrance flanked by twelve-light display windows and topped by a plywood-covered transom, now sheltered by a fabric awning, and a wide, paneled entablature with cornice. The second floor has three two-over-two wood-sash windows in arched brick surrounds. The middle three bays (140-142 W. Franklin) consist of two storefronts and a central entrance to the second floor all under a continuous paneled entablature with cornice. The storefronts are nearly identical with one-light wood-frame doors in recessed, tiled entries. Both doors are flanked by copper-framed, plate-glass display windows on brick bulkheads with copper planter boxes. Each has a leaded-glass transom, though the left storefront’s transom is obscured by a fabric awning. Between the storefronts is a replacement door with Craftsmanstyle, four-light transom. At the second-floor level, grouped replacement windows, replacing original paired windows, are located over each storefront with a two-over-two window in an arched brick surround located over the second-floor entrance. The left (east) bay (144 E. Franklin) differs slightly from the other bays with more decorative brick corbelling at the parapet and a narrower, lower entablature over the storefront, indicating that it may have been built just before or after the remainder of the building. This bay has a new, aluminum-framed storefront that has been installed since 2002, though it retains the traditional recessed entrance bay. It has wood in place of the transom and a paneled wood entablature and cornice over the storefront. The second floor features three two-over-two wood-sash windows in arched brick surrounds, matching those on the right bay (138 W. Franklin). The entire building is five bays deep with two-over-two windows in arched brick surrounds at the second-floor level, though windows on the right elevation have been bricked in. A one-story, flat-roofed addition extends from the right rear (southwest) of the building with a stepped parapet and a later, shed-roofed wing. The building appears on the 1911 Sanborn map with the original businesses labeled as printing (138), general store (140), Post Office and skating rink (142), and general store furnishings (144). The Carolina Coffee Shop has occupied the right bay (138 W. Franklin) since 1922. The building was renovated in 1986 and the second floor of the building is used for University of North Carolina offices."