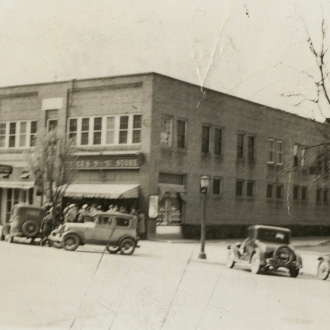 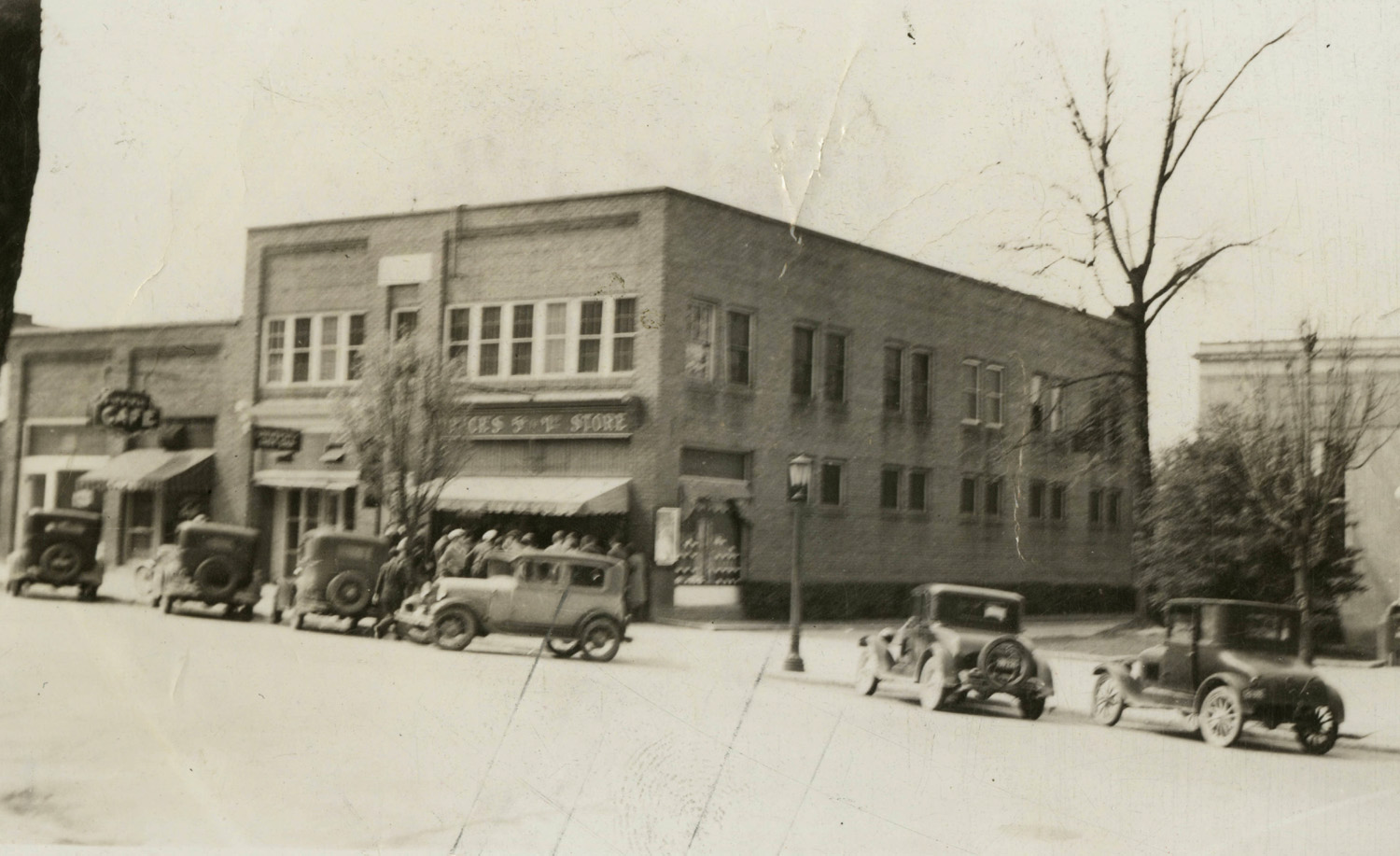 Built in January-March 1923 by/for the Tankersley family on property they had owned for decades. 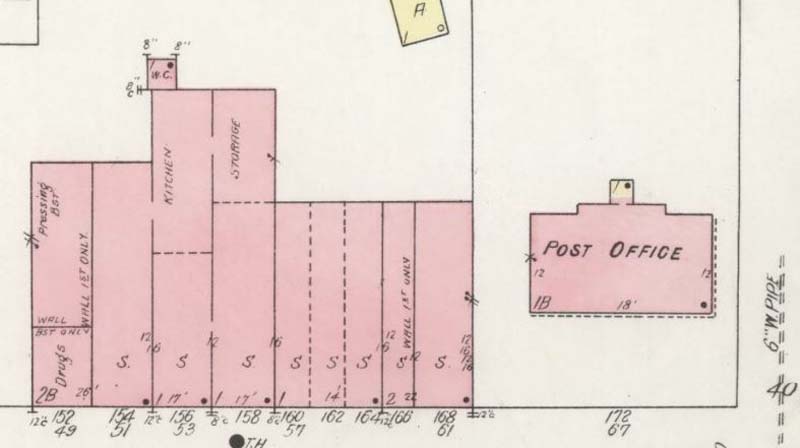 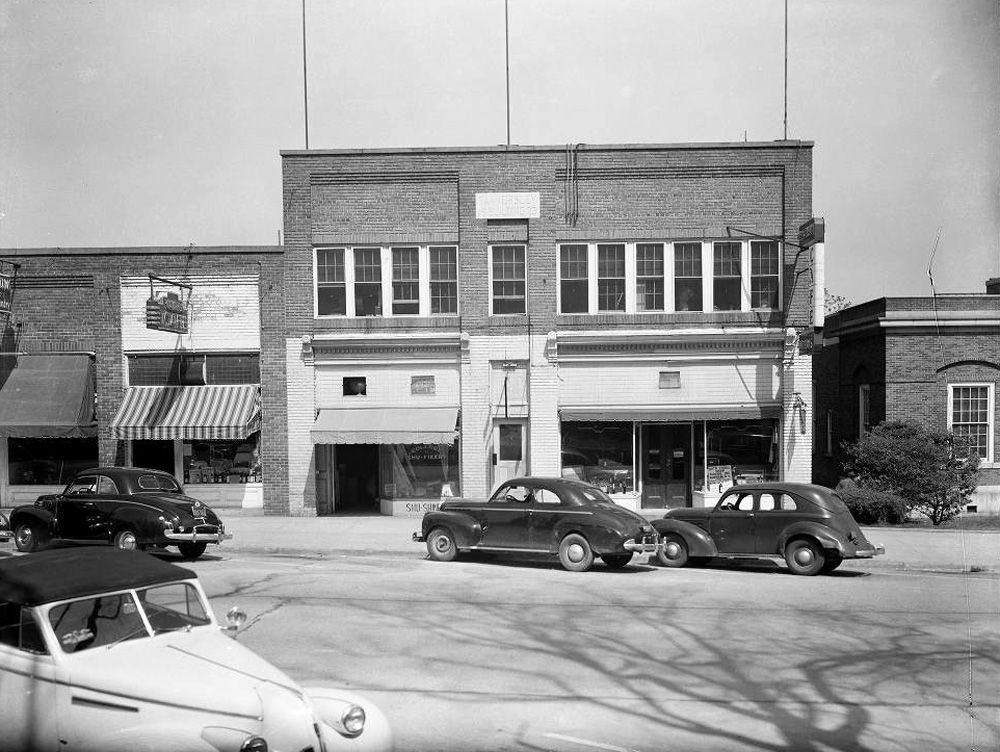 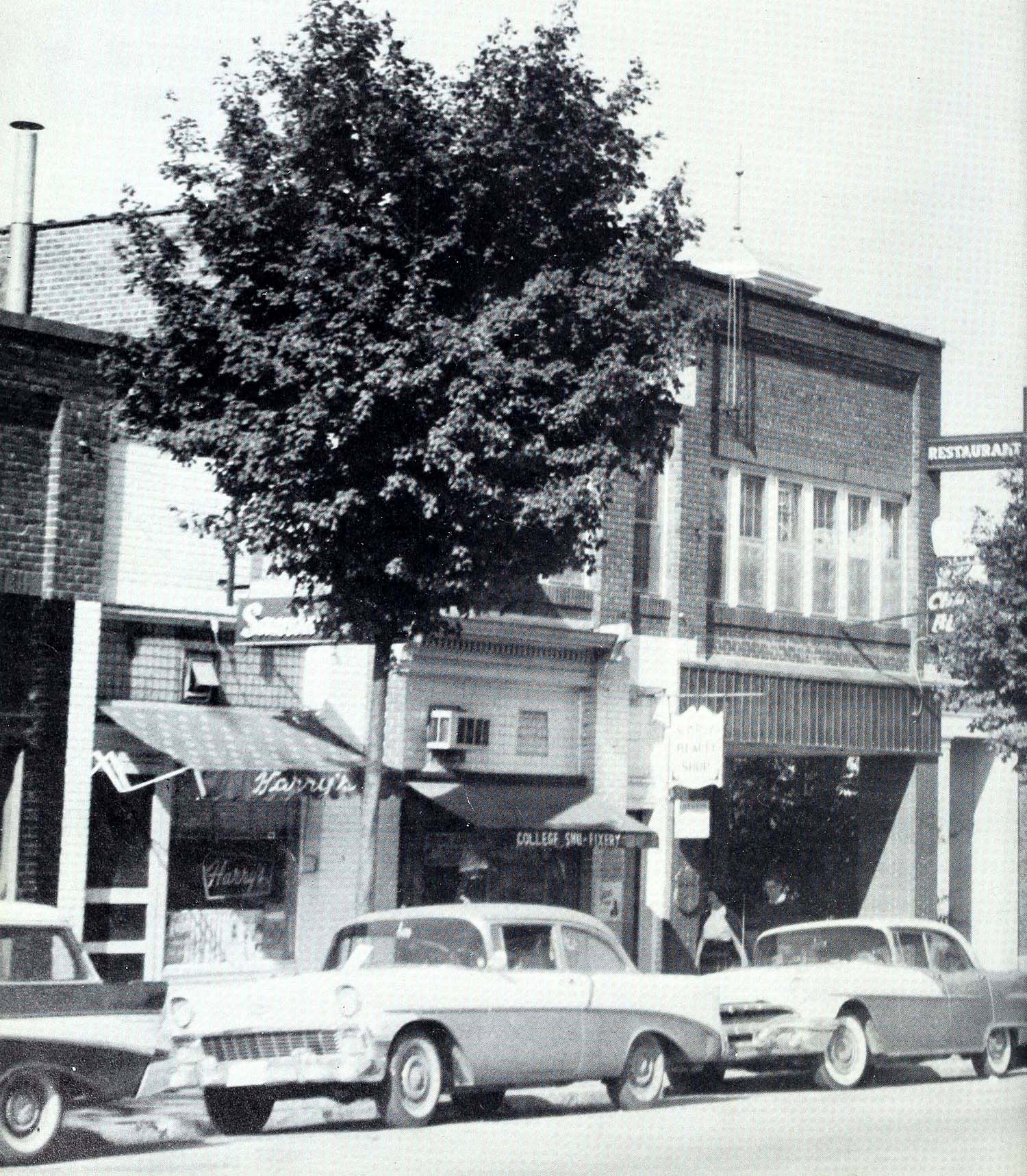 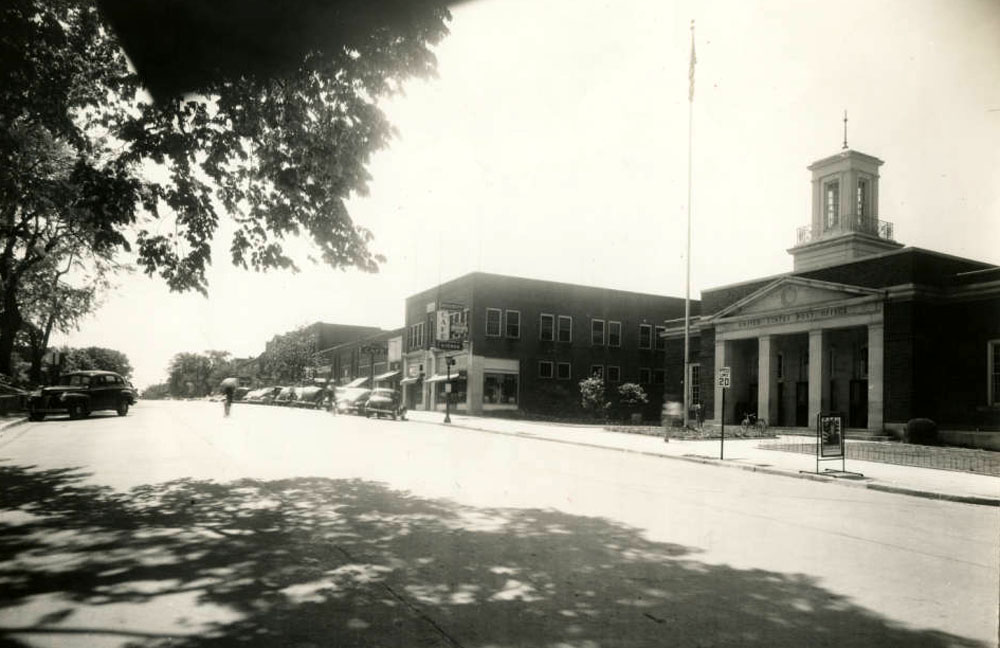 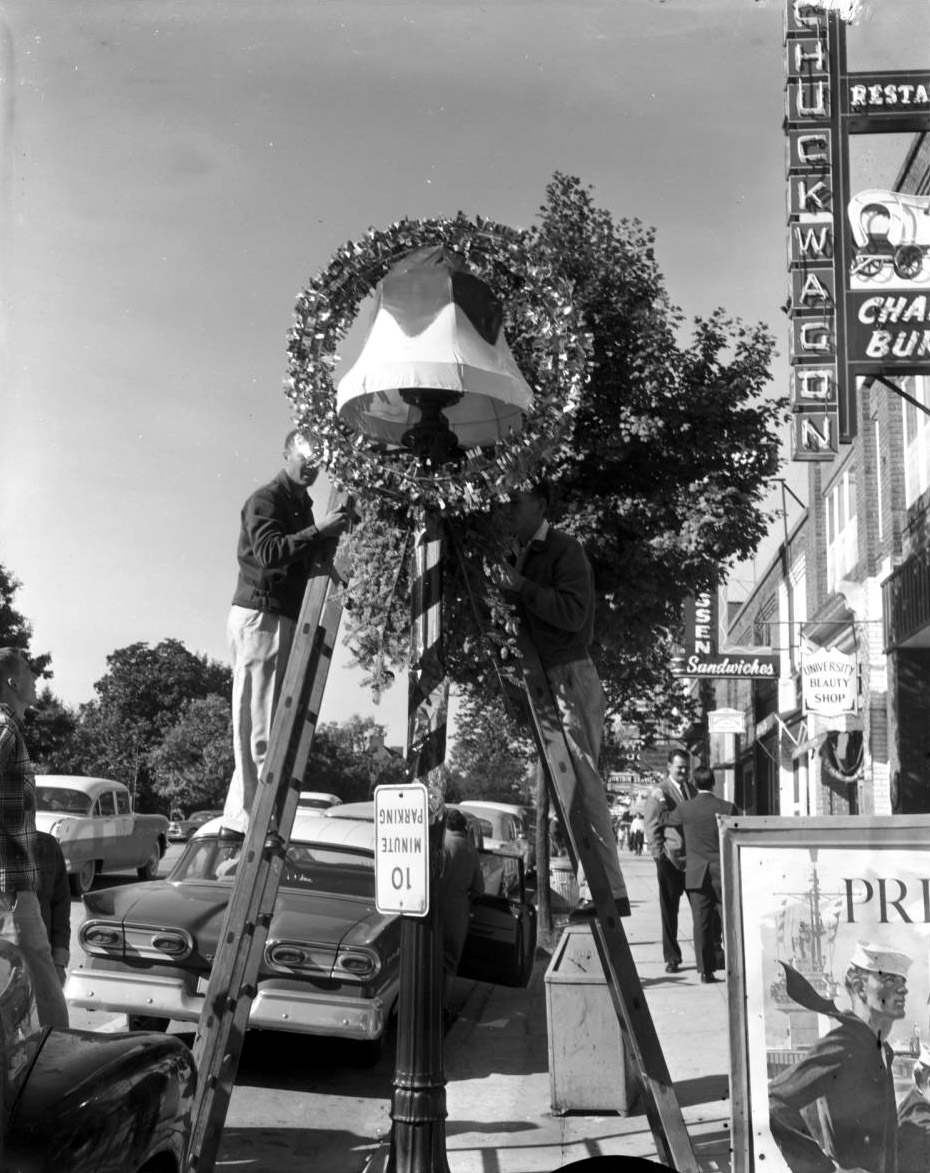 1958, note signs to right  (via Chapel Hill Historical Society)
By the early 1960s the occupants were The College Shu-Fixery (left side downstairs) and Harry's Grill (right side downstairs). 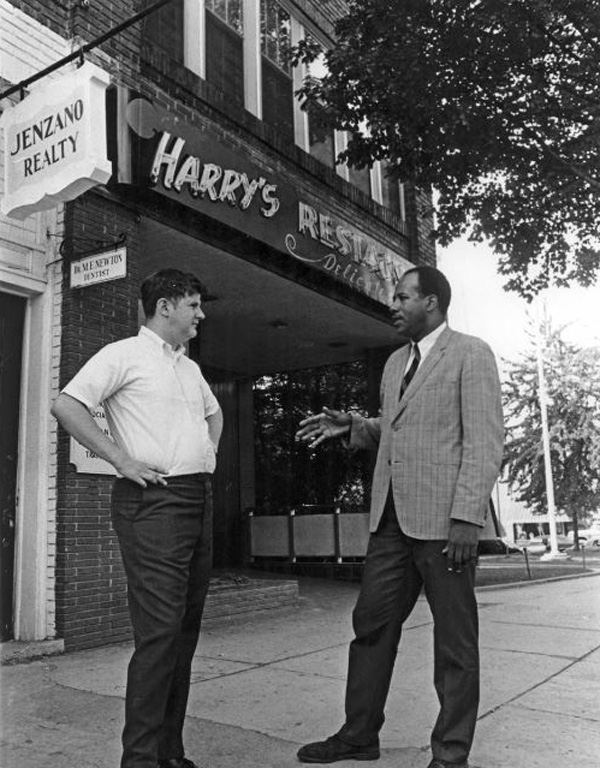 Harry's, 1969, view north east (photo from the book Classic Restaurants of Chapel Hill and Orange County, by Chris Holaday and Patrick Cullom)
In 1973, Vernon Lacock merged his business with his father's and brother's business (to the west on Franklin Street), and Ye Olde Waffle Shoppe, started by Jimmy Chris, moved into the left side (#173). The Pro Shop replaced Harry's Grill in the downstairs right side (#175). 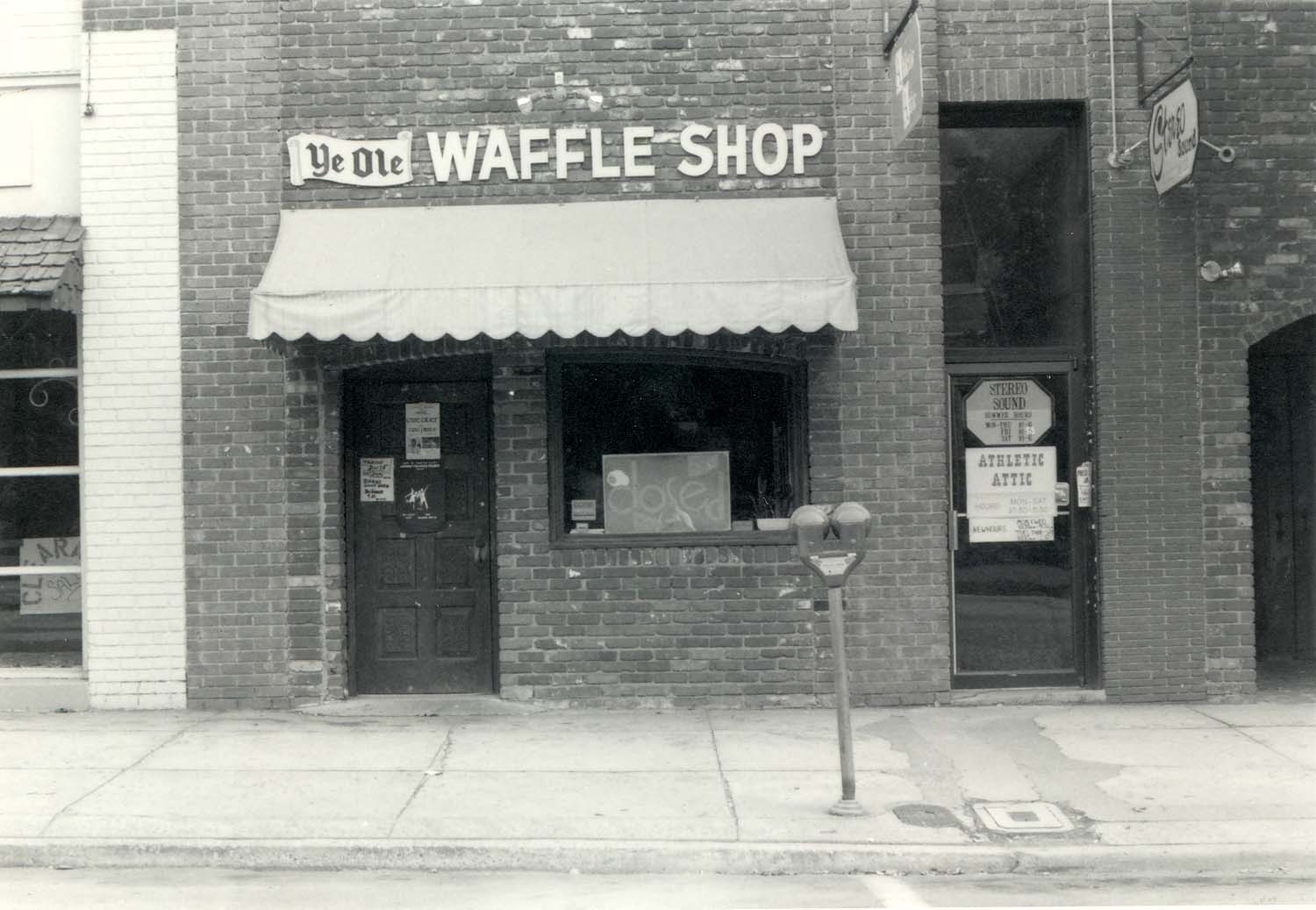 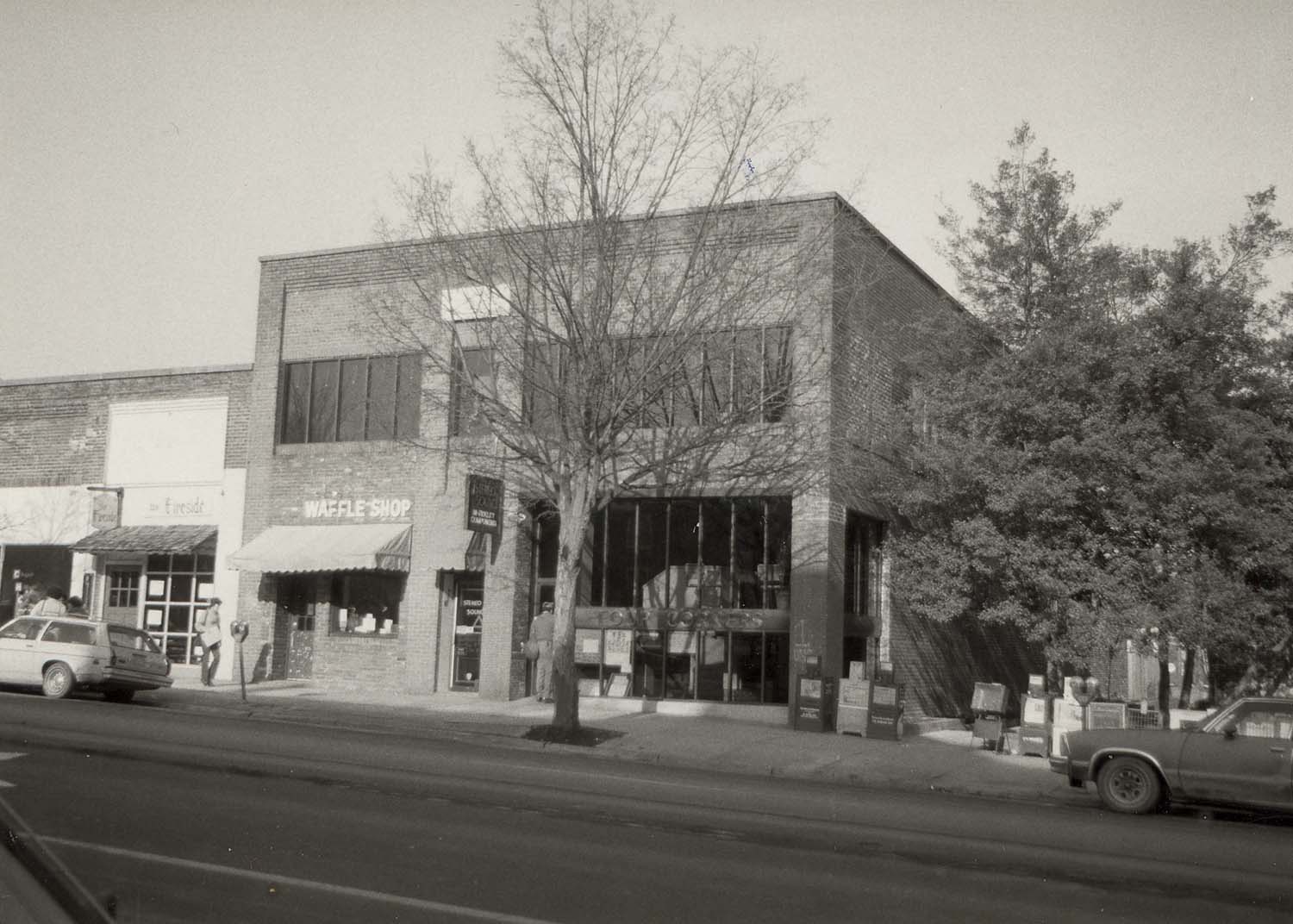 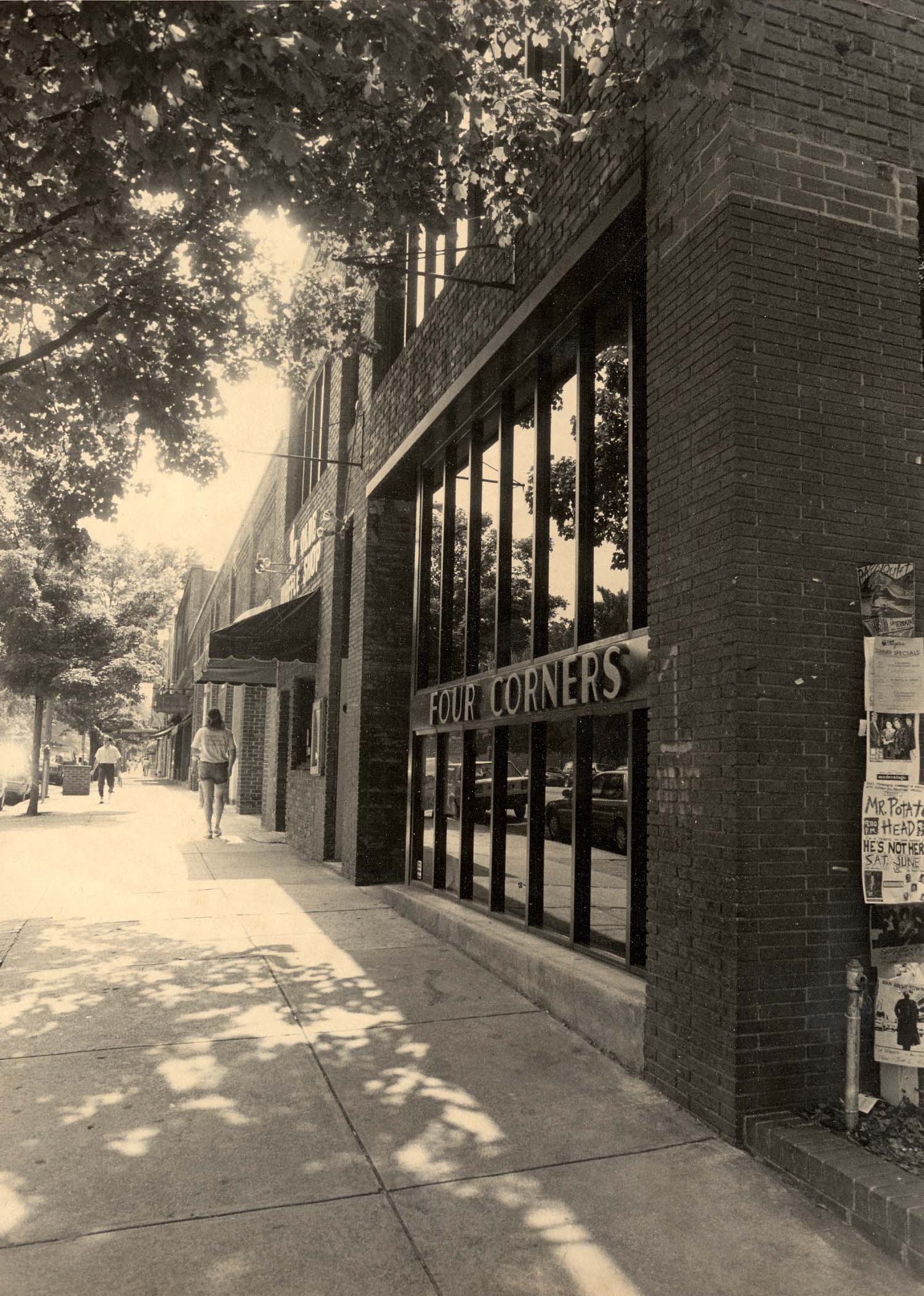 As of 2020, Ye Olde Waffle Shoppe s̶t̶i̶l̶l̶ ̶s̶u̶r̶v̶i̶v̶e̶s̶  has gone out of business (darn you Covid 19!), while Four Corners is now the Four Corners Grille.

The description of the building as per the 2015 Chapel Hill Historic District Boundary Increase and Additional Documentation:

"The Tankersley Building is two-story, brick commercial building with three bays divided by fullheight brick pilasters and with brick corbelling and concrete coping at the parapet. The left (west) storefront has been partially infilled with brick and has an aluminum-framed glass door and single window above a brick knee wall, both sheltered by a fabric awning. A replacement door with one-light transom, centered on the façade, accesses the upper floors. The right (east) storefront features a recessed, metal-framed glass door and grouped windows with vertical divisions that span the width of the storefront, a sign band that bisects the windows vertically, and a full-width fabric awning. At the secondfloor level, grouped fixed windows are located in the original wide window openings with soldier-course lintels and sills. A stone plaque, centered on the parapet reads “Tankersley Building 1923.” The right elevation is visible and has a storefront window at the front (south) of the first floor with high, paired windows beyond it and a single entrance with brick stoop at the rear of the first floor. Second-floor windows are paired, fixed windows, though the south pair has been bricked in, and integrated brick planters extend along the foundation on this elevation."