Orange County's ABC Store #2, built in 1959 in the Eastgate Shopping Center. A lot of UNC student and professor money went through this store. June 1959 (photo by Bill Prouty, via the Chapel Hill Weekly) Expanding the original store, April 1961 (via the Chapel Hill Weekly) 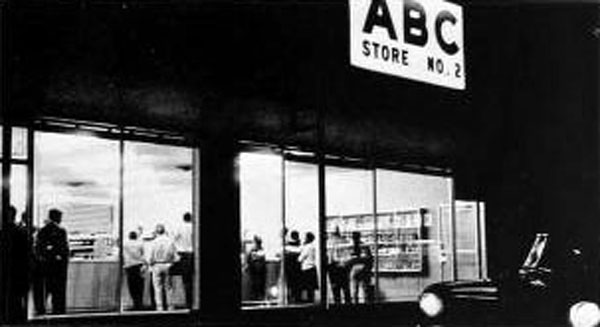 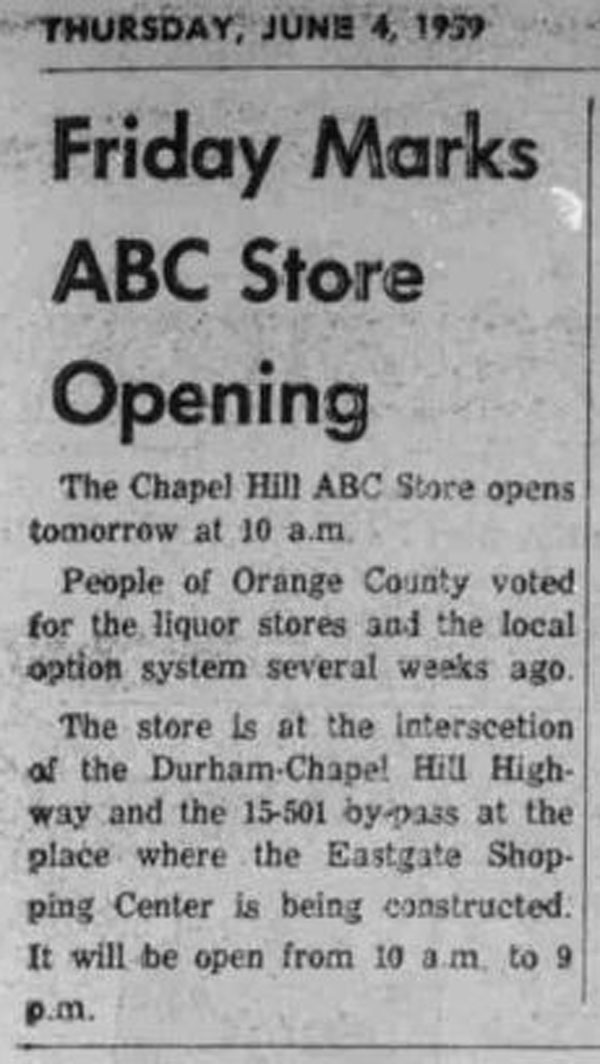 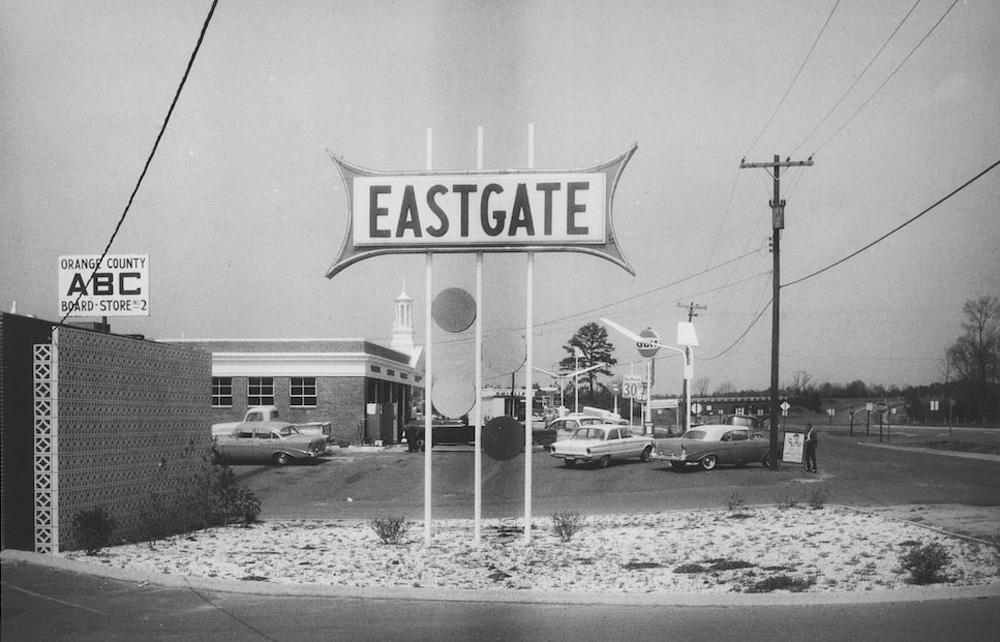 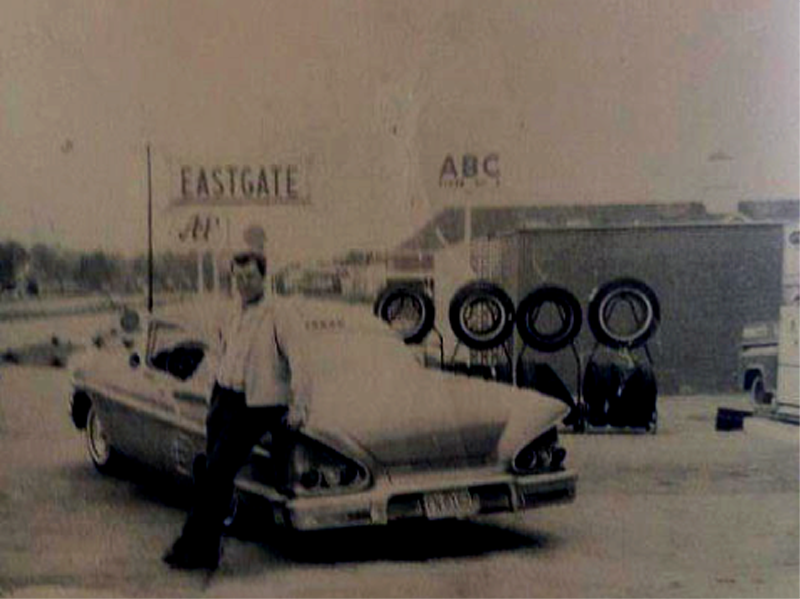 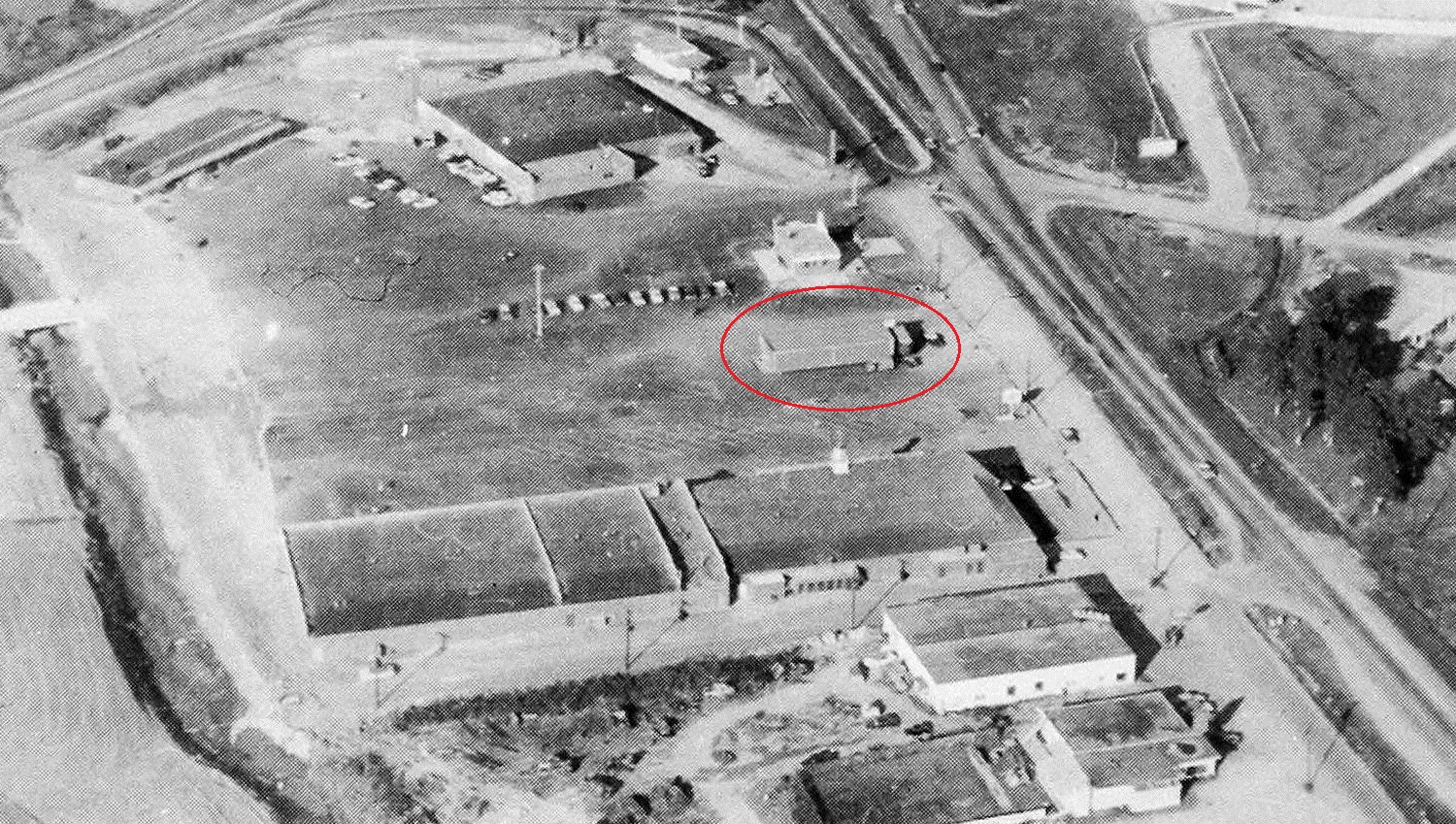 "The original ABC Store had a sales counter that ran the width of the store, limiting customer access to the products. Clerks provided customers with a list of available spirits, customers made their selections, and the clerks would bring the orders to the counter. The concept of self-service had not yet reached the ABC Store." (source unknown.)
An additional ABC store in downtown Chapel Hill (at 325 W. Franklin Street) was proposed but apparently never approved nor opened. 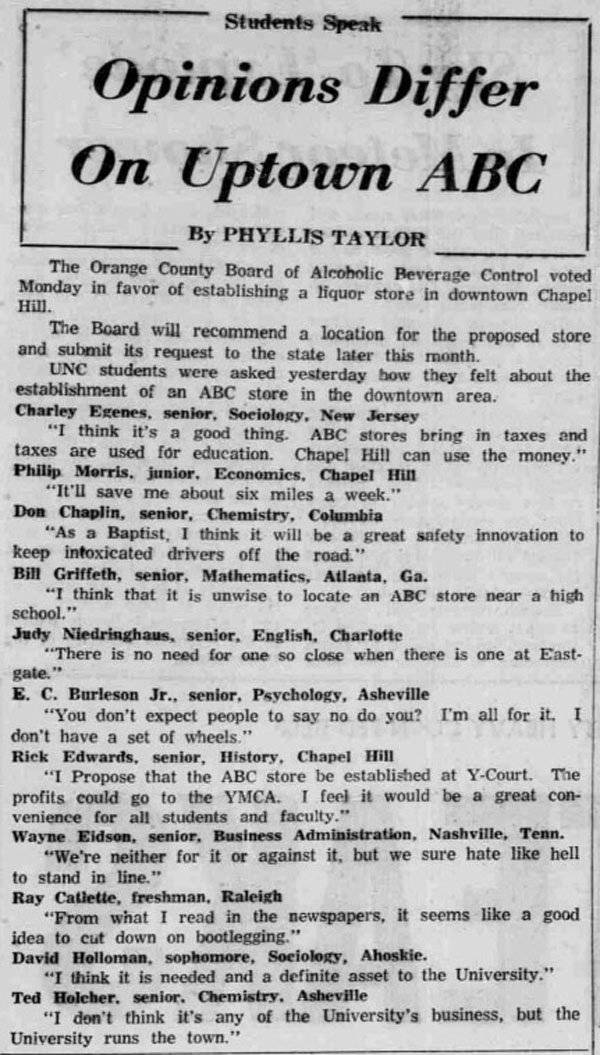 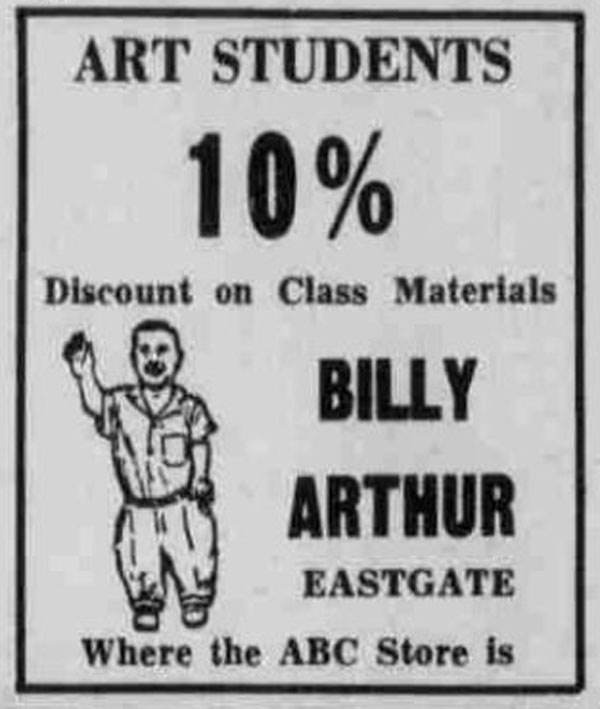 It was a Boston Market for years. The building, after an extensive remodel in 2016, is now the restaurant Zoës Kitchen. 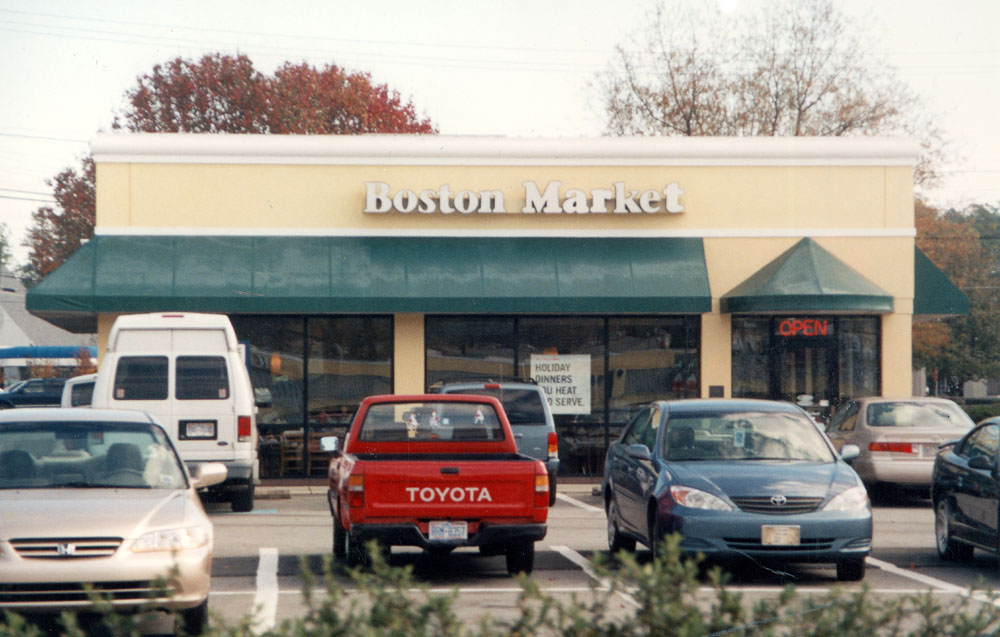 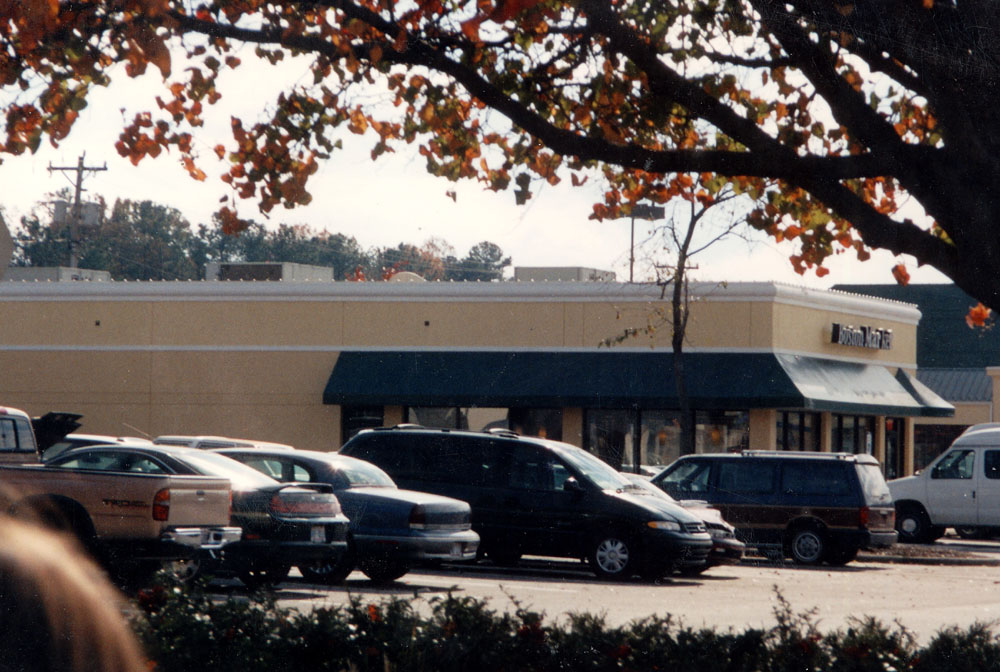 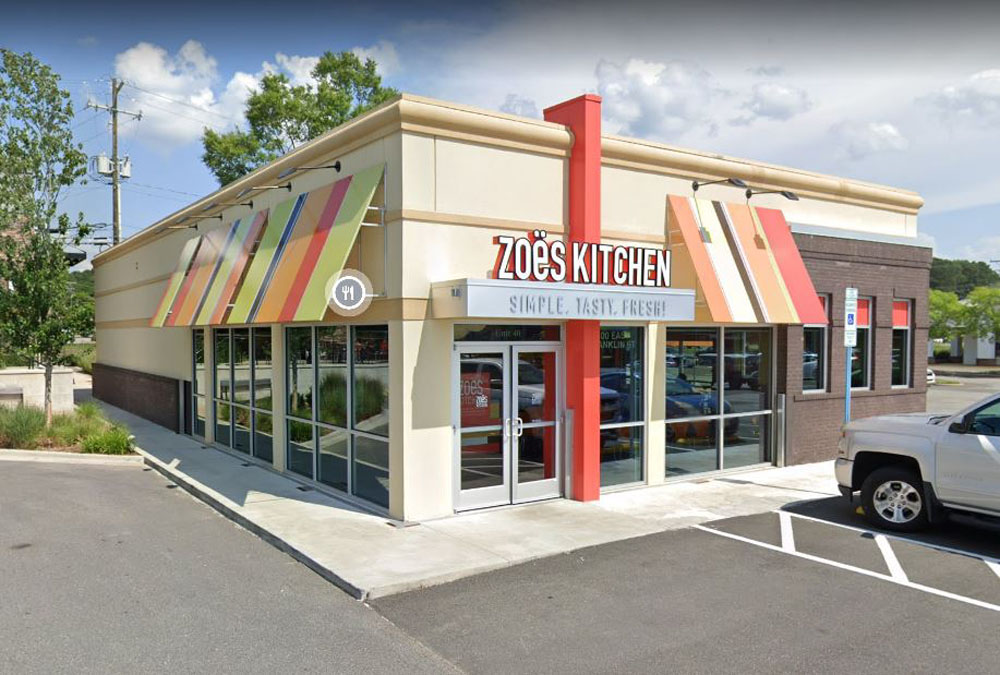