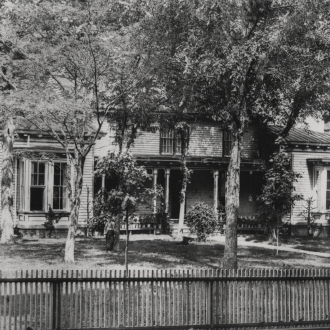 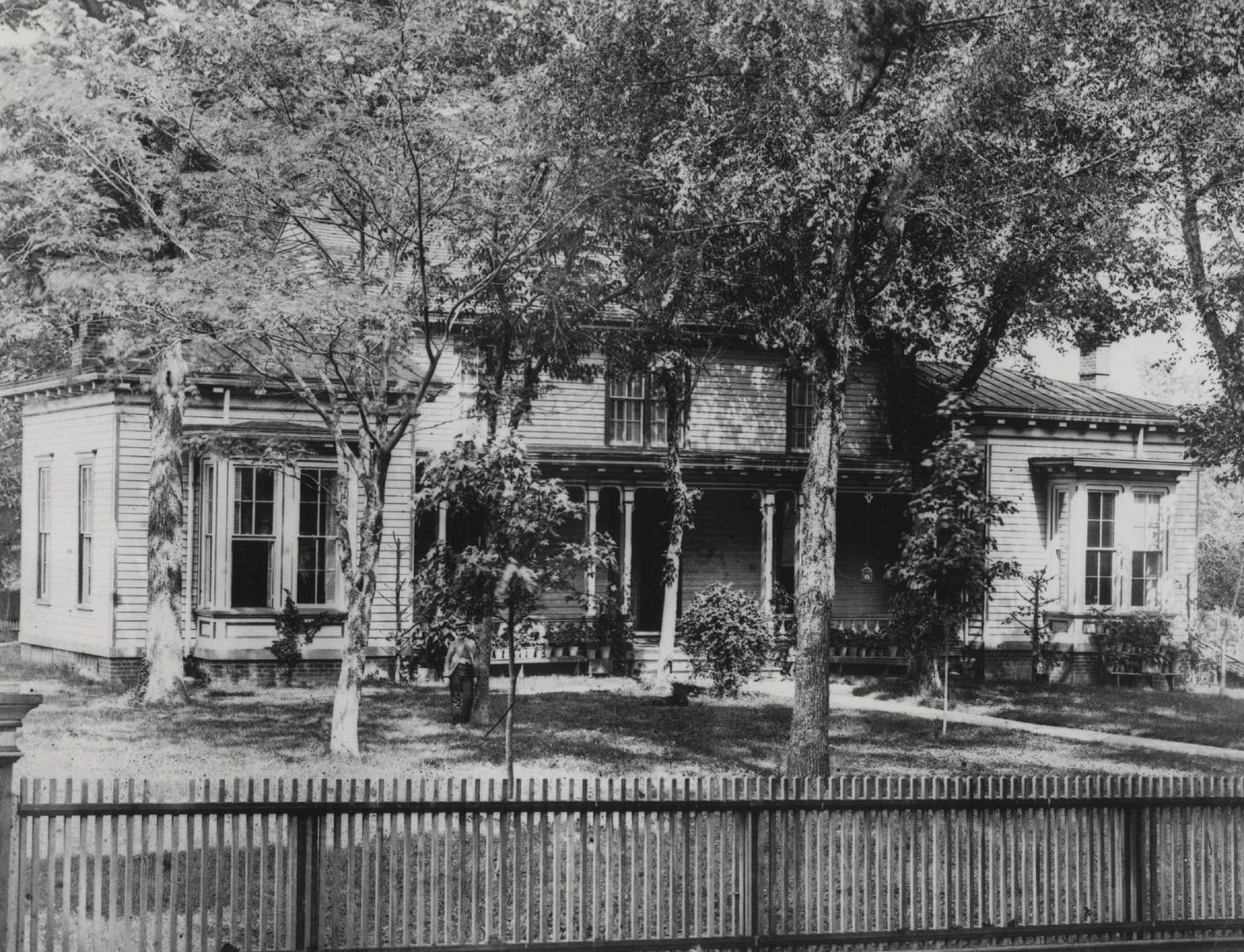 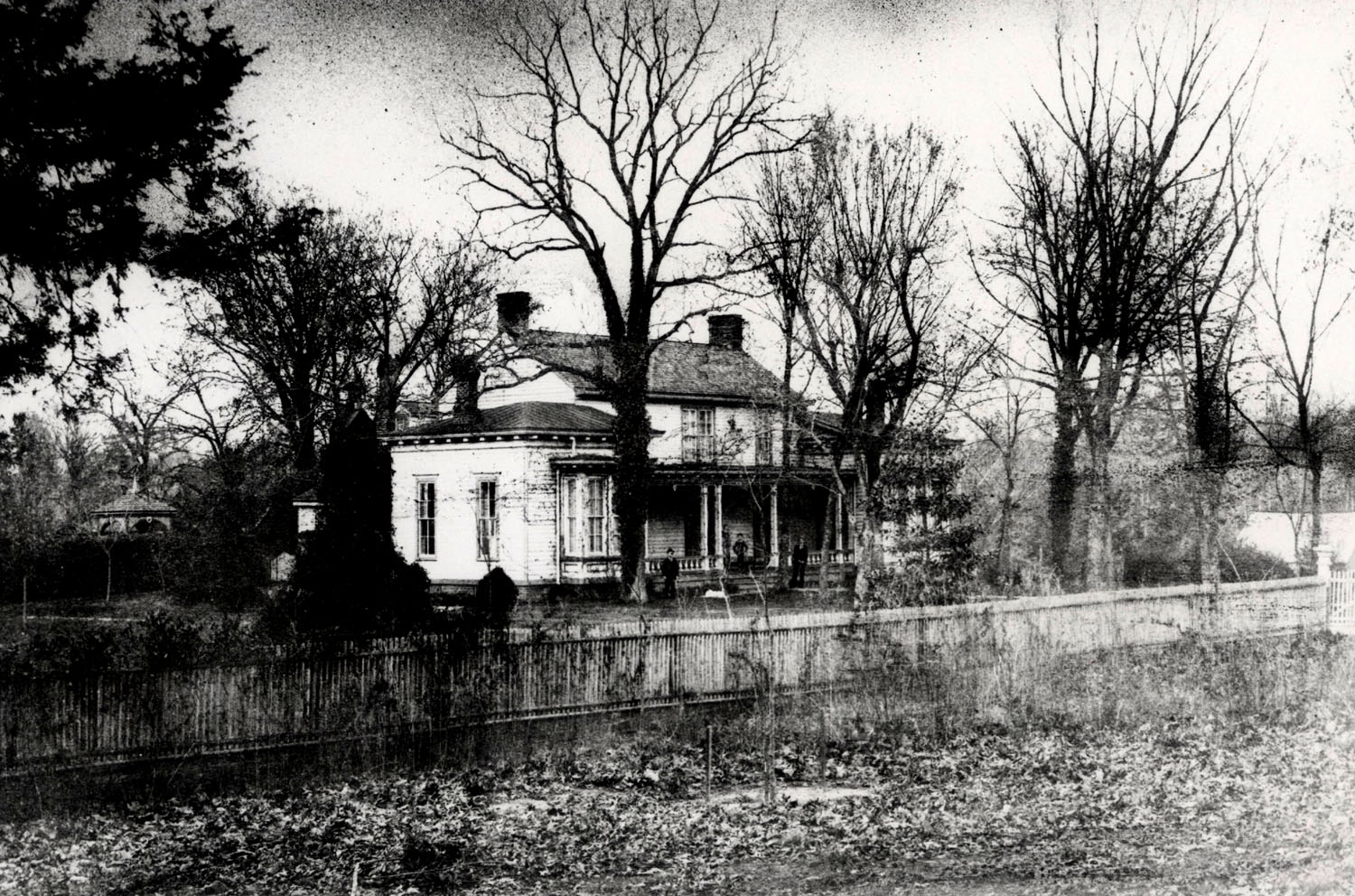 The house was built circa 1836 by local carpenter and cabinetmaker Kendall B. Waitt (also spelled "Wait" and "Waite"). In 1843, he sold the house and property to UNC professor William H. Battle, and his family moved in to the house in late 1844 after improvements were made.

Hiring John Berry as architect, and utilizing John Jenkins and the enslaved Harry as the builders, Battle had the house enlarged, mainly by the addition of eight rooms in the front of the structure. He also had two two-room outbuildings/offices built (circa 1845) on each side of the newly-built front gate, one he used as a law office (and where he died in 1879). They were also variously used as living quarters for relatives and Battle's sons. The offices were later moved (circa 1880-1900) to the gate near the Grove, and were rented by UNC faculty members and students over the decades, including Thomas Wolfe while he was a student at UNC. In addition to the outbuildings used by the family, there were outbuildings in which people enslaved by the Battles lived and worked (one of these slave dwellings was where Harry and, later Sam Morphis, lived).

In 1868, William Battle temporarily moved to Raleigh to practice law with two of his sons. According to William James Battle, William H.'s grandson, "For the next eight years the place was rented out and like all rented places deteriorated steadily. Dreadful tales were told of how great oaks were cut down by the tenants and chickens kept in the former dining-room."

When Kemp P. Battle became president of UNC in 1876, he purchased the house and property from his father and lived there (until his death from influenza on February 4, 1919); this is when the house obtained the name "Senlac." Kemp had the house thoroughly repaired and added a one-story wing on each side of it, bringing the total number of rooms in the house to 24. Besides the big house and the two offices, there were various outbuildings (mostly built in 1844-1845): the well house, two slave/servants' houses, the (fire) wood house, cow house, chicken house, smokehouse, three or four outhouses/privies, a bath house, and a barn. In the 1890s, he had plumbing added to the house, converting the "slave-time nursery" into a bathroom. The house was heated by wood or coal burned in fireplaces, with oilstoves not being used until the early 20th century. The house was also electrified circa 1900, candles and oil lamps being used prior to then.

After Kemp Battle's death in 1919, the house was rented out again but was bought in November 1922 by John Manning Booker (professor of English at UNC) for $22,500, and who had married Nell Lewis Battle, the daughter of Herbert B. Battle, and from whom Booker purchased the property from, as Herbert was acting trustee. Booker had the property subdivided in 1926, calling it the "Battle Estate Development" but retained the house and (approximately) two acres.

After John Booker's death in 1948 and Nell's death in 1961, his estate eventually gave (via quit claim deed) the Baptist Convention of North Carolina the house and remaining property in January 1983, and it was used as the Baptist Student Union. It was sold in January 2015 to the Carolina Christian Study Center, Inc.
Note: The county property tax record amusingly states the structure was built in 1950 (!). 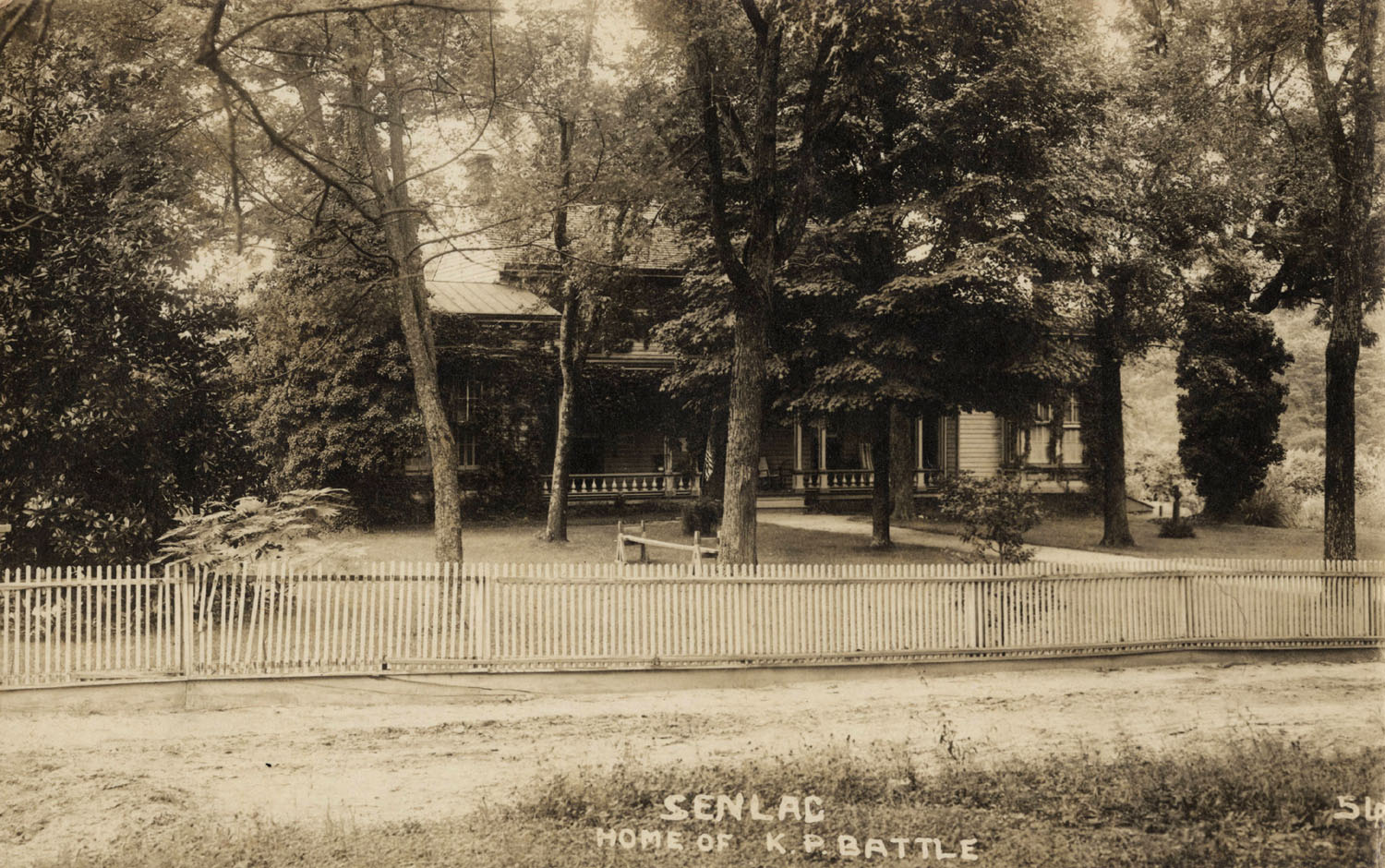 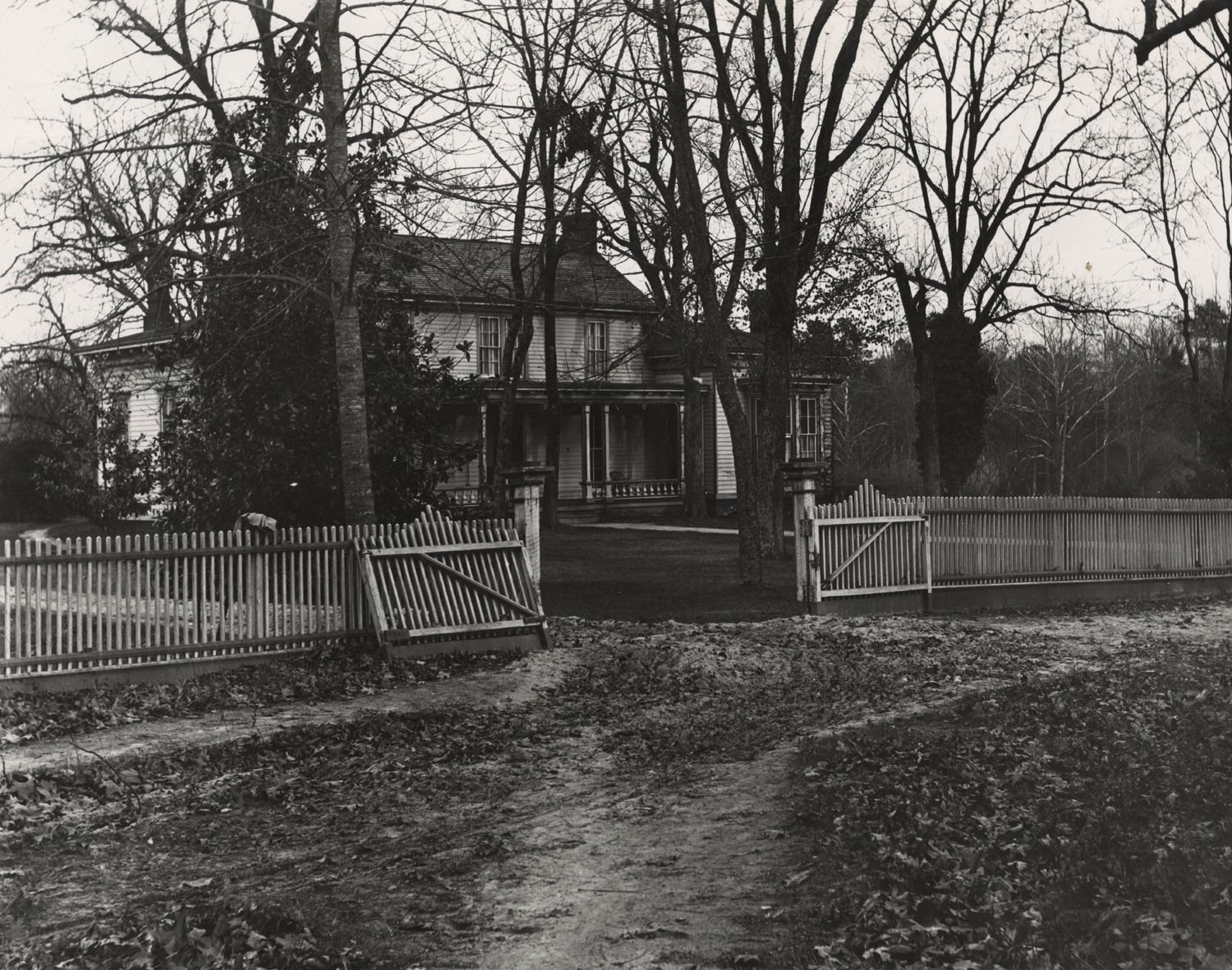 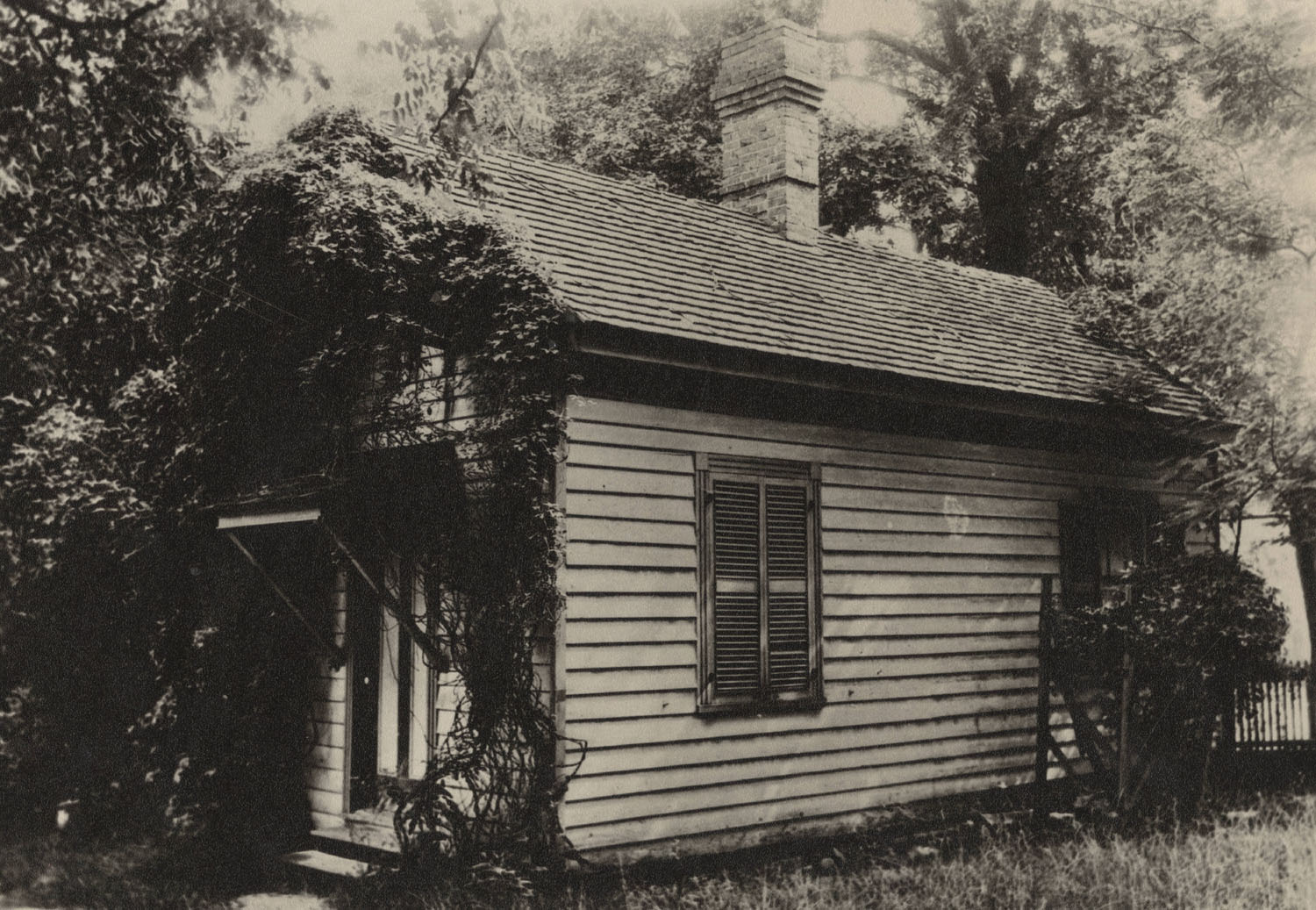 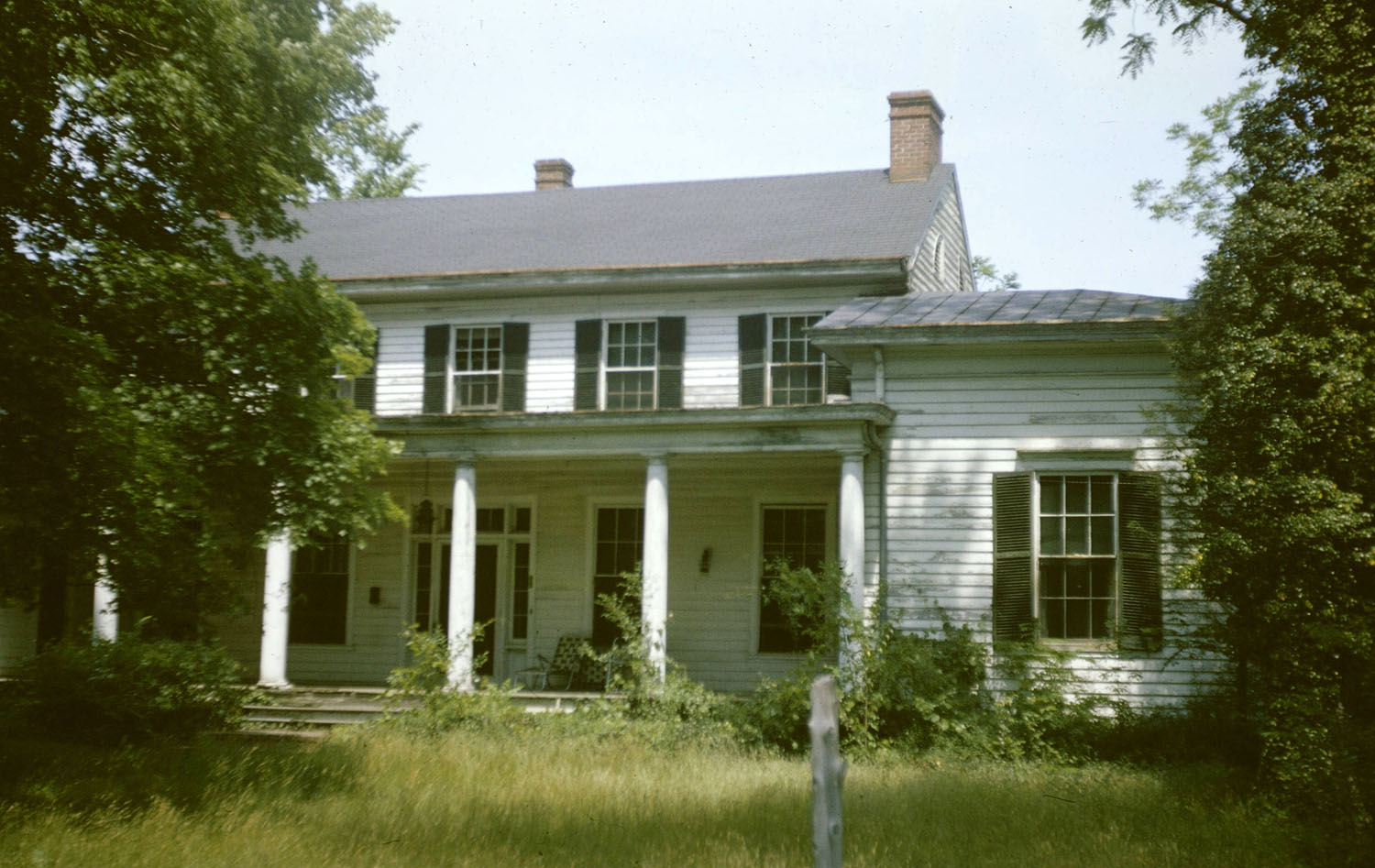 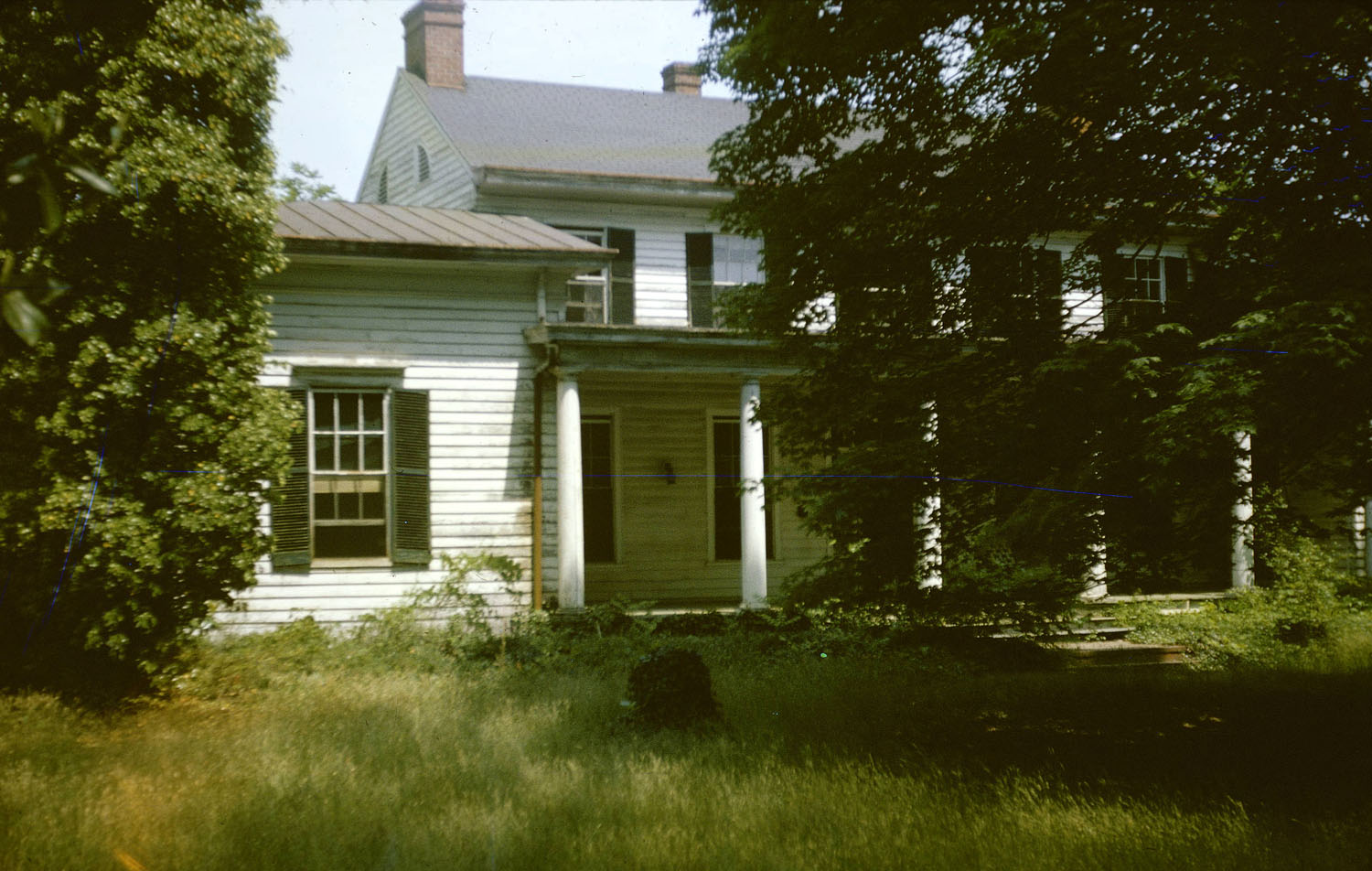 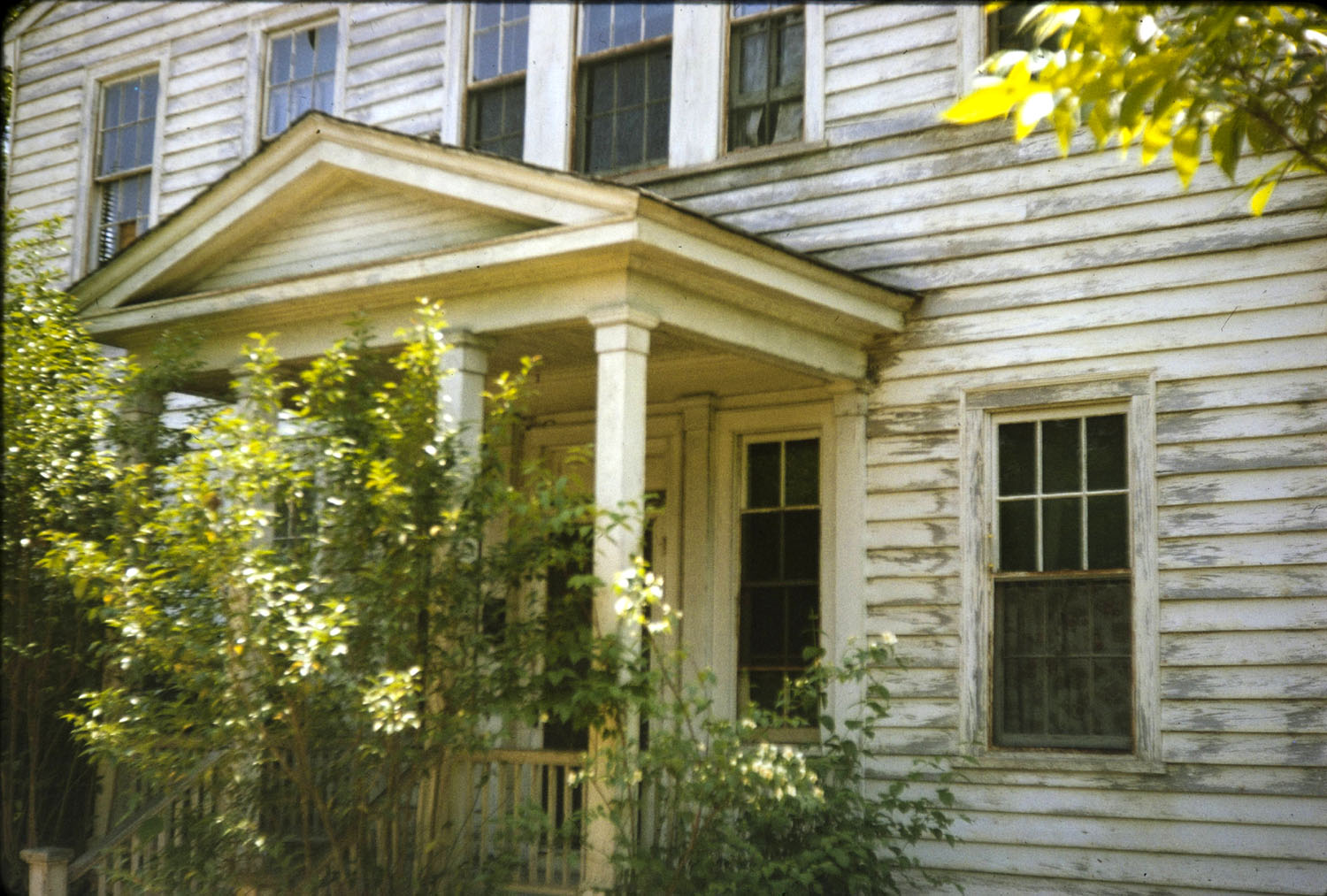 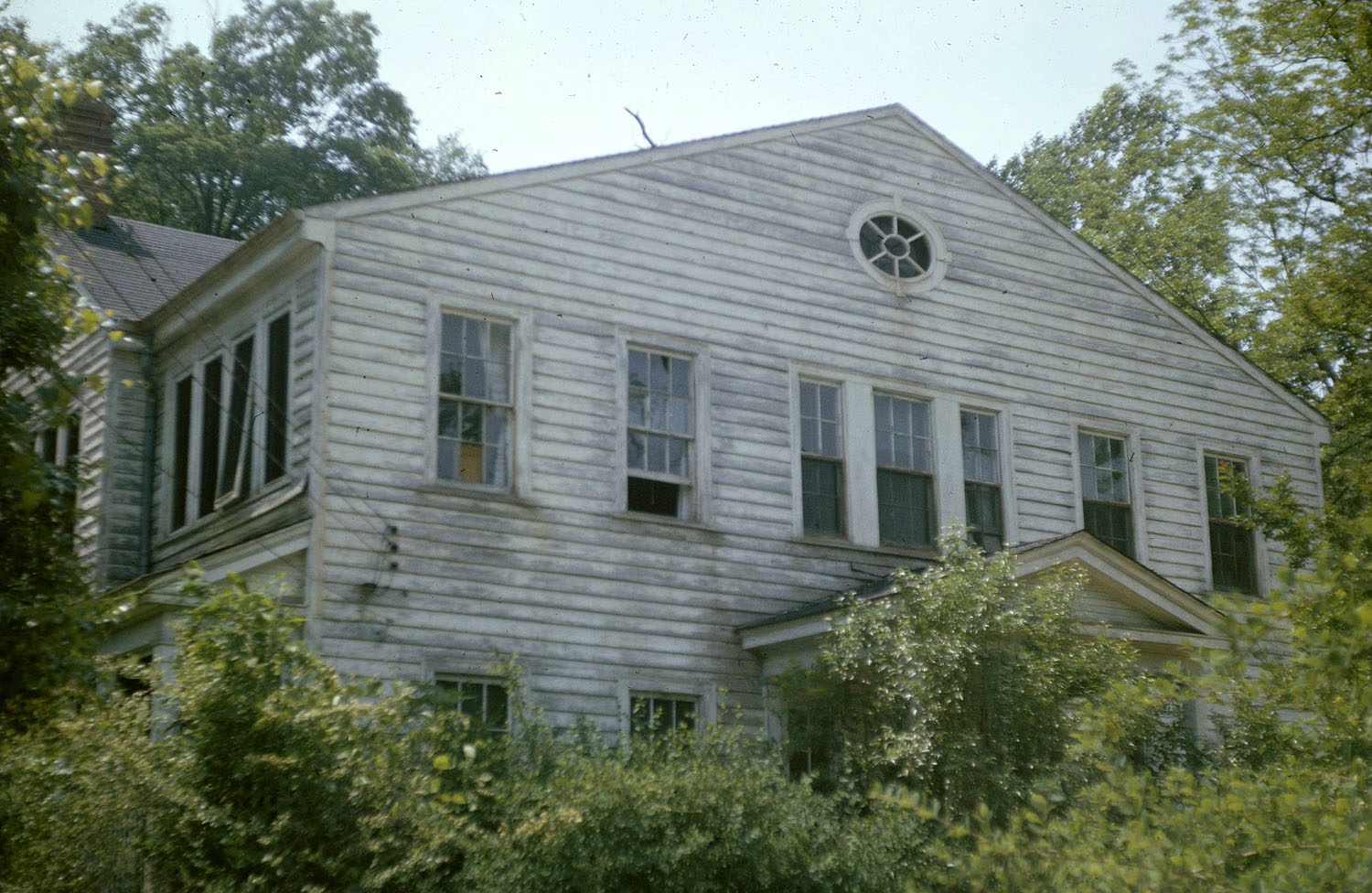 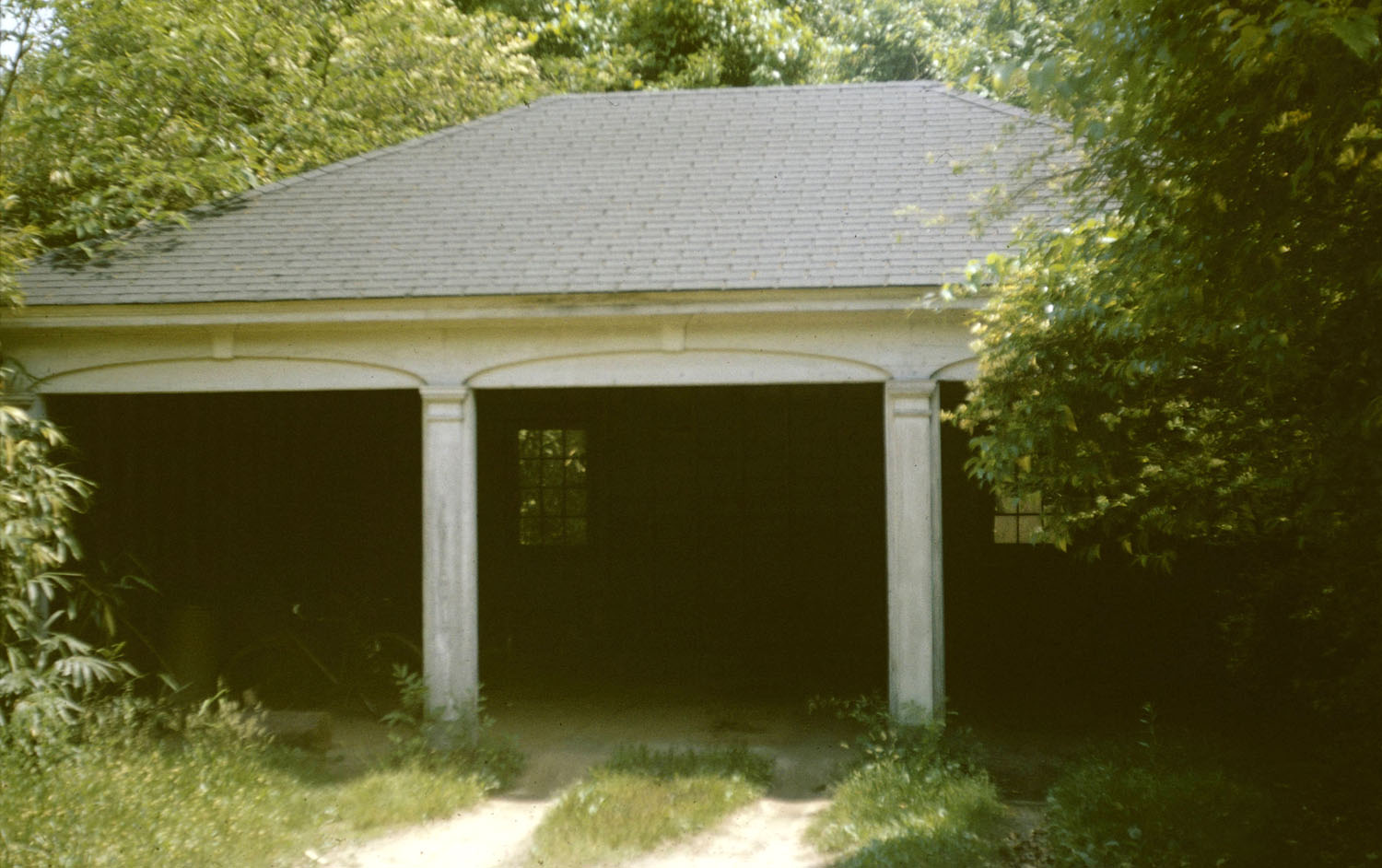 Outbuilding/garage, circa 1970 (image via UNC)

Of the workers at the house, William James Battle had this to say (circa 1945):

"I have said that my mother's health made a housekeeper necessary. But the term housekeeper is misleading. At Senlac the housekeepr was rather another member of the family, entering into every privilege, every joy, every sorrow. Naturally she too caught the spirit of the house. To mention three, Miss Maggie Webb, of Hillsboro, later Mrs. Dee Mickle of Winston, Miss Susan G. Thompson of Chapel Hill, now of Haw River, Miss Myra Tillinghast of Fayetteville, now gone to her rest, are counted in a very real sense as daughters of Senlac and remembered for many a noble quality.
It would be a pleasure to speak of the long succession of our colored retainers: of faithful Aunt Jinney, who belonged to my grandfather and lived to an incredible age; of Abe Bynum, the yard man who split his big toe with an axe, and his son John who was a member of a band that we bribed to practice at the other end of town; of John Evans who had no equal as a gardener if you let him work in his own way; of Henderson Oldham and his wife Cornelia, as upright and trustworthy as any white people; of Junius, who stopped to draw water from the well to put out a fire that was burning a fence close to the lily-pond; and sundry others. But space forbids. Of Easter Snipes alone must a special word be said. As her likeness shows, she presented a picturesque figure. Deep chocolate of hue, vast of bulk, with a grin like a Cheshire cat's, one could never forget her. She was not clever, she could not even read, yet somehow she could cook, She grew stiff with rheumatism and feeble with old age, she was overwhelmed with troubles in her family, but in all her nearly thirty years of service at Senlac, no matter what the weather, she could be counted on to come on time from her home a long mile away to do her allotted work."
Some additional information on the enslaved workers and residents of the Battle House and property can be found in an online UNC exhibit Slavery and the Making of the University.