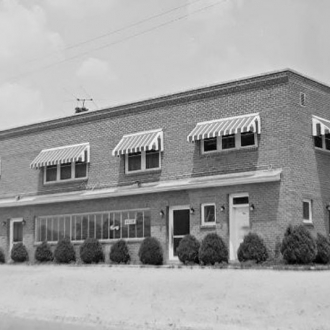 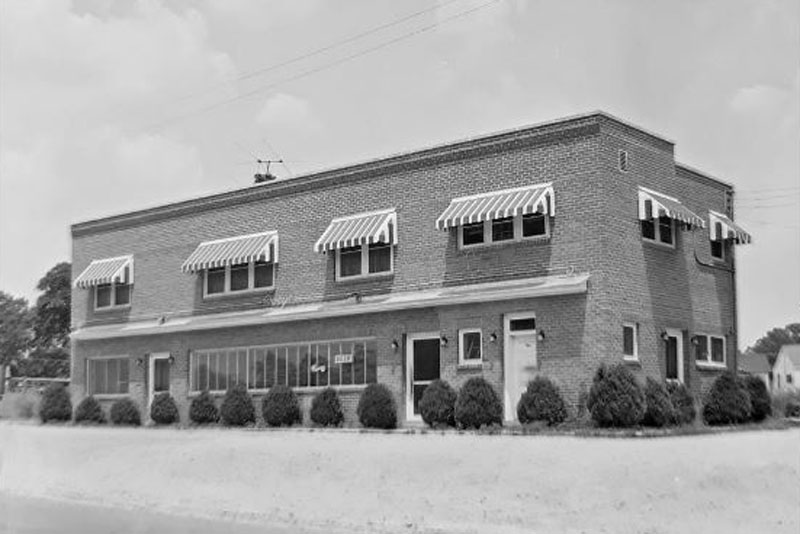 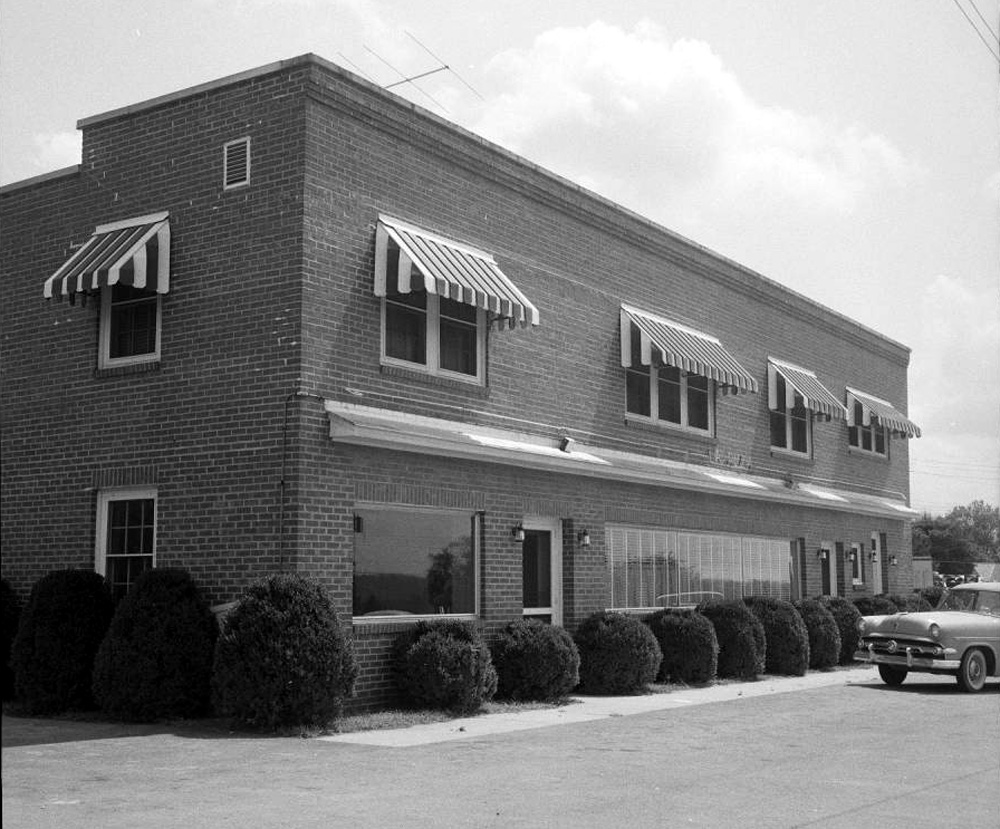 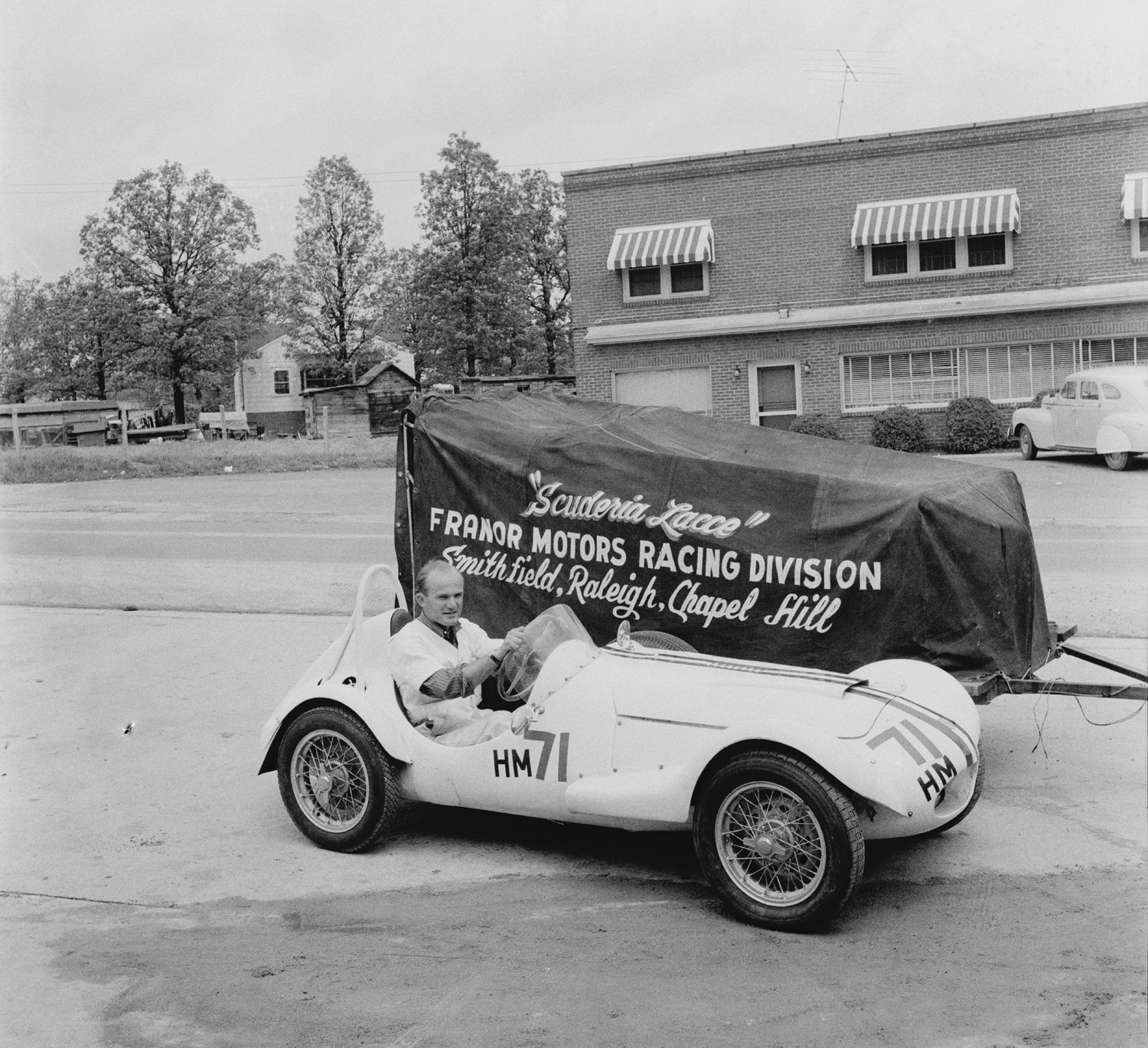 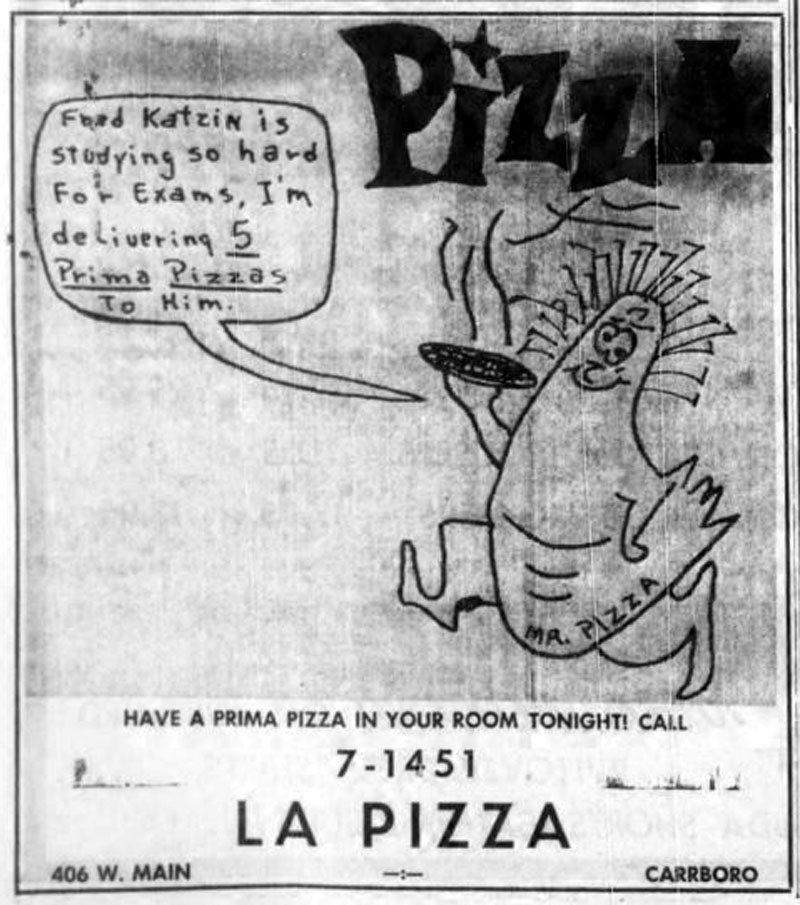 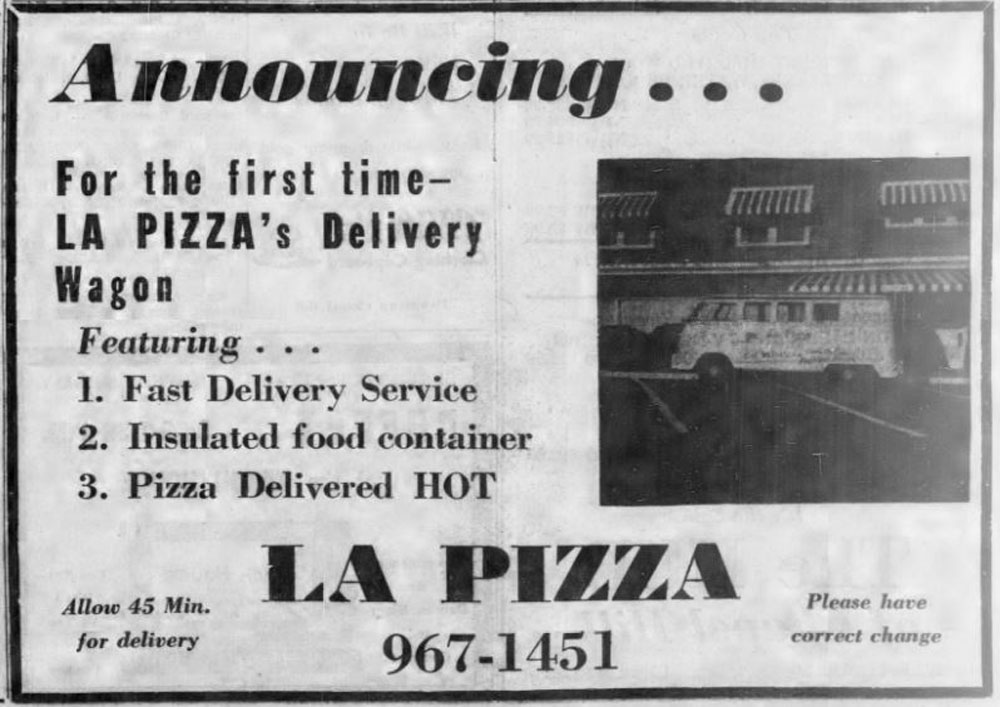 The first restaurant to occupy the building was a restaurant named Ivey's, which featured Southern cooking.  It had two dining rooms, one for white and one for "colored" (i.e. it was a segregated restaurant). Ivey's had the first public television (with a 16 inch screen!) in the county, for the use of its customers.

La Pizza Italian restaurant moved into the building in 1957. It was the first pizza restaurant in the Chapel Hill-Carrboro area.

By the mid-1970s it was a restaurant named Avanti. According to local author Lee Smith "Avanti's chef hung paintings by his artist friends. He stuck candles in wine bottles on each of his artfully mismatched tables. He opened the patio for outdoor dining. He made soup with forty cloves of garlic."

By 1978 it was the Northern Italian restaurant Martini's (aka Mama Martini's).  The owner of Martini's died in a car wreck, so the restaurant closed. In 1992 the French-style bakery and café named Maggie's Cafe and Espresso (formerly Maggie's Muffins) opened in the building. 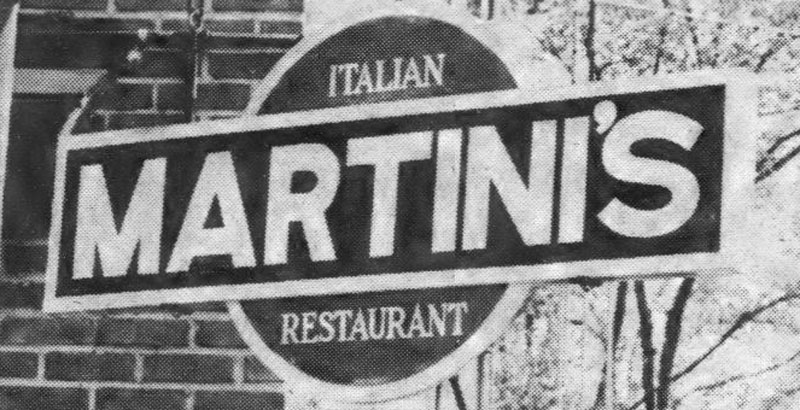 The sushi restaurant Akai Hana opened in the structure in 1997 and still occupies the building.