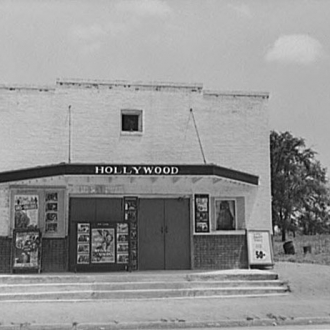 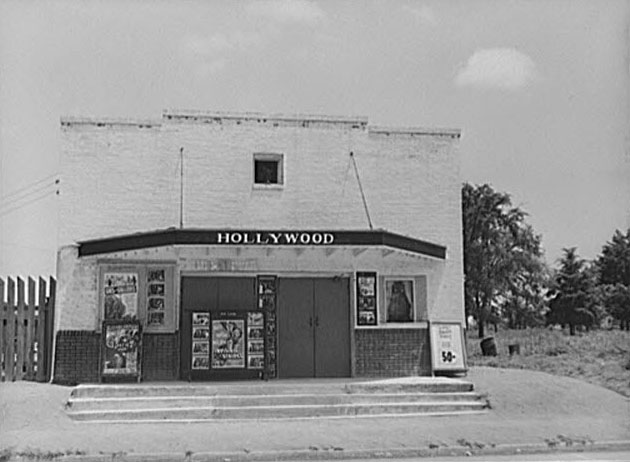 The Hollywood Theatre, May 1940 (photo by Jack Delano, courtesy of the Library of Congress)

The Hollywood Theater was located in Carrboro on East Main Street (also known as West Franklin Street at the time), near the merge with Rosemary Street. It began operation in 1939, and was opened to cater to Black patrons at the same time the Standard Theater closed down (actually, the Standard apparently closed due to the loss of patrons to the Hollywood). E. Carrington Smith, manager of the segregated Carolina Theater in downtown Chapel Hill, was the proprietor of the theater, and its manager was Kenneth Jones. In the early 1940s, weekly attendance was about 1,300 to 1,500 people, and the theater was open every day except Sundays. 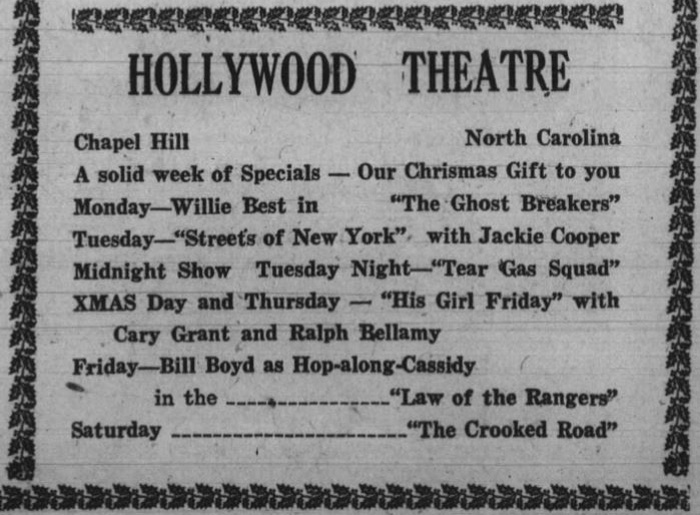 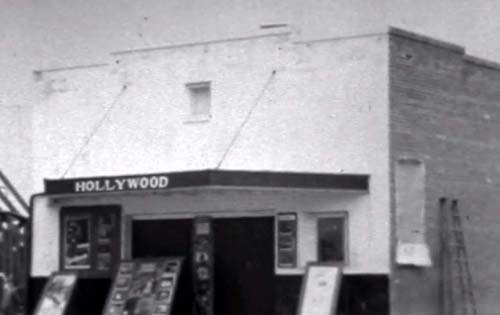 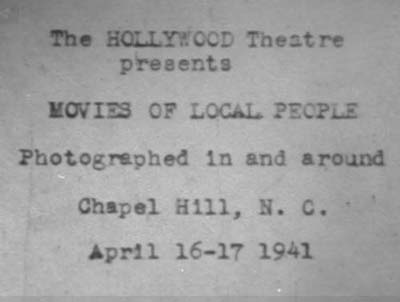 The North Carolina photographer and movie maker, H. Lee Waters, filmed a quantity of footage on the border of Chapel Hill and Carrboro, and his movies were shown at the Hollywood Theater on October 6th and 7th, 1939 and in April 1941. 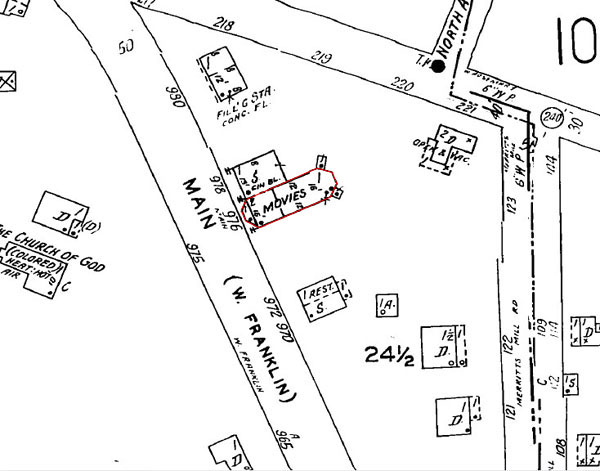 By 1961 the theater was no longer in business. 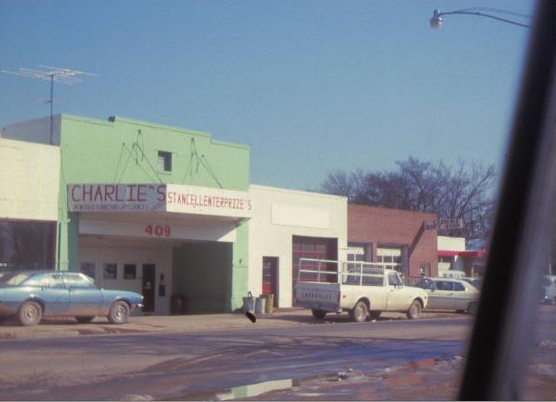 The building is currently utilized as office space and an artists' studio. 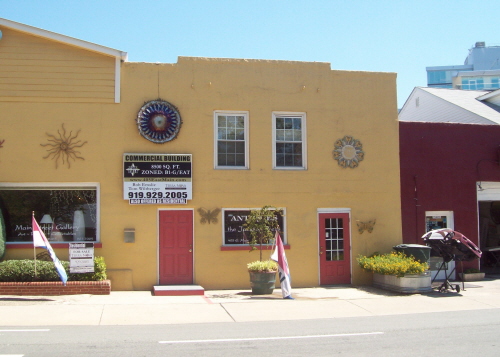