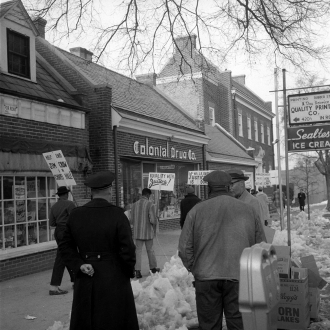 The first occupant of this structure was Milton's Clothing Cupboard, in 1948.

On February 28, 1960, there was a "sitdown protest" inside the store at its dining counter by a group of African American high school students from nearby Lincoln High School, known as the Chapel Hill Nine. The next day, approximately one hundred black youths picketed in front of Colonial Drug and several other segregated businesses on West Franklin Street. The store was protested in front of numerous times over the years, and it never desegregated/integrated until the The Civil Rights Act of 1964 was passed. 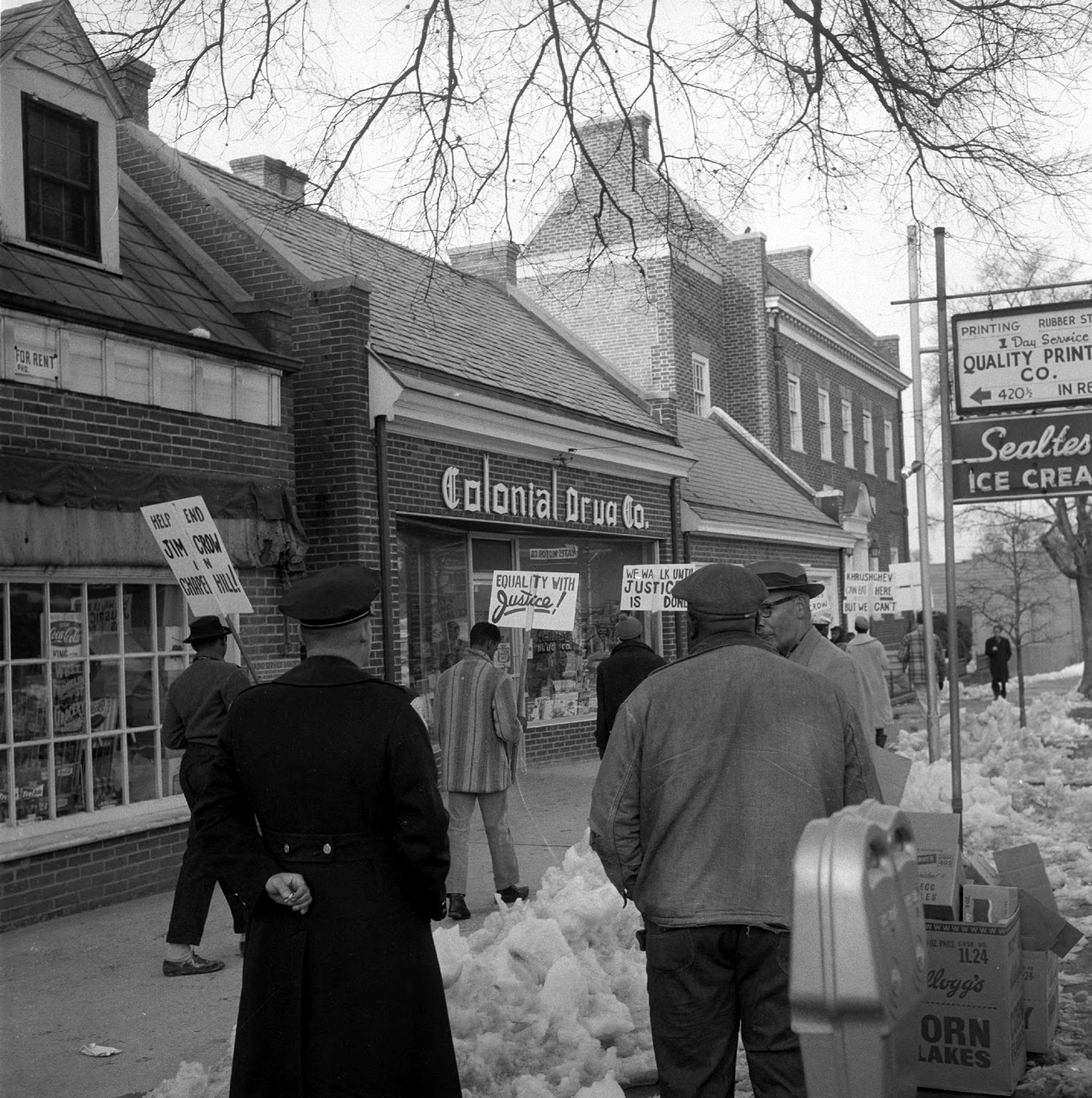 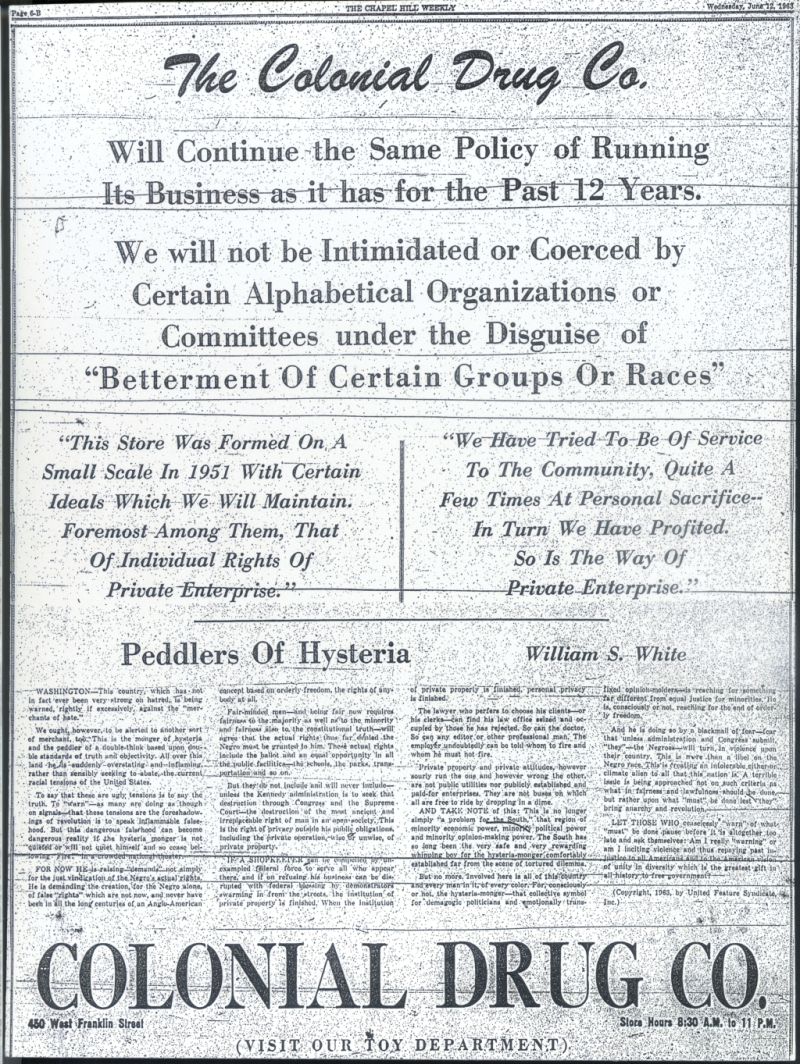 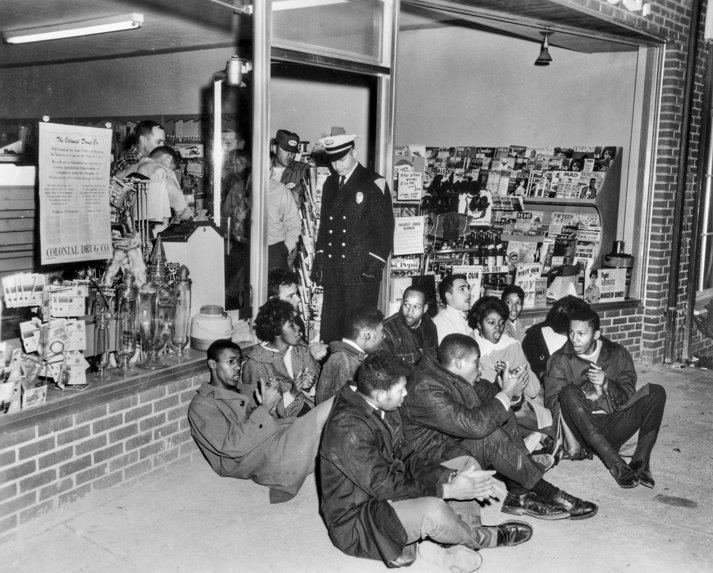 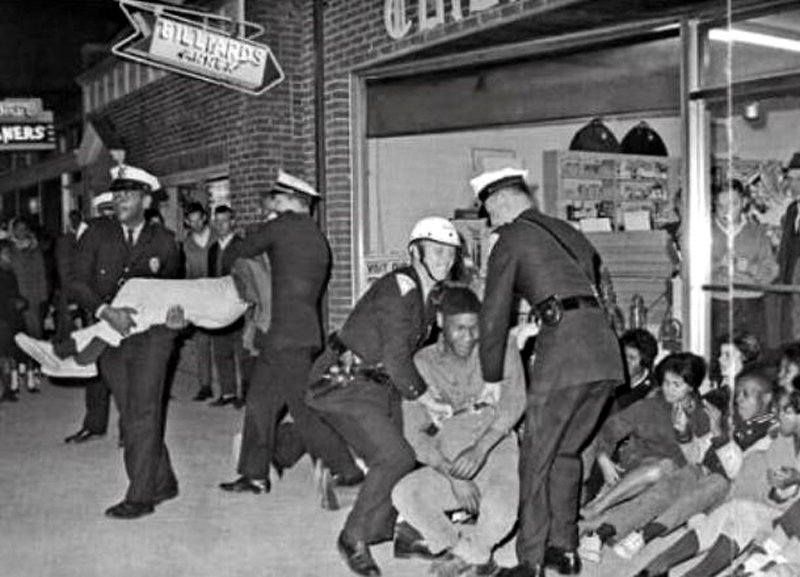 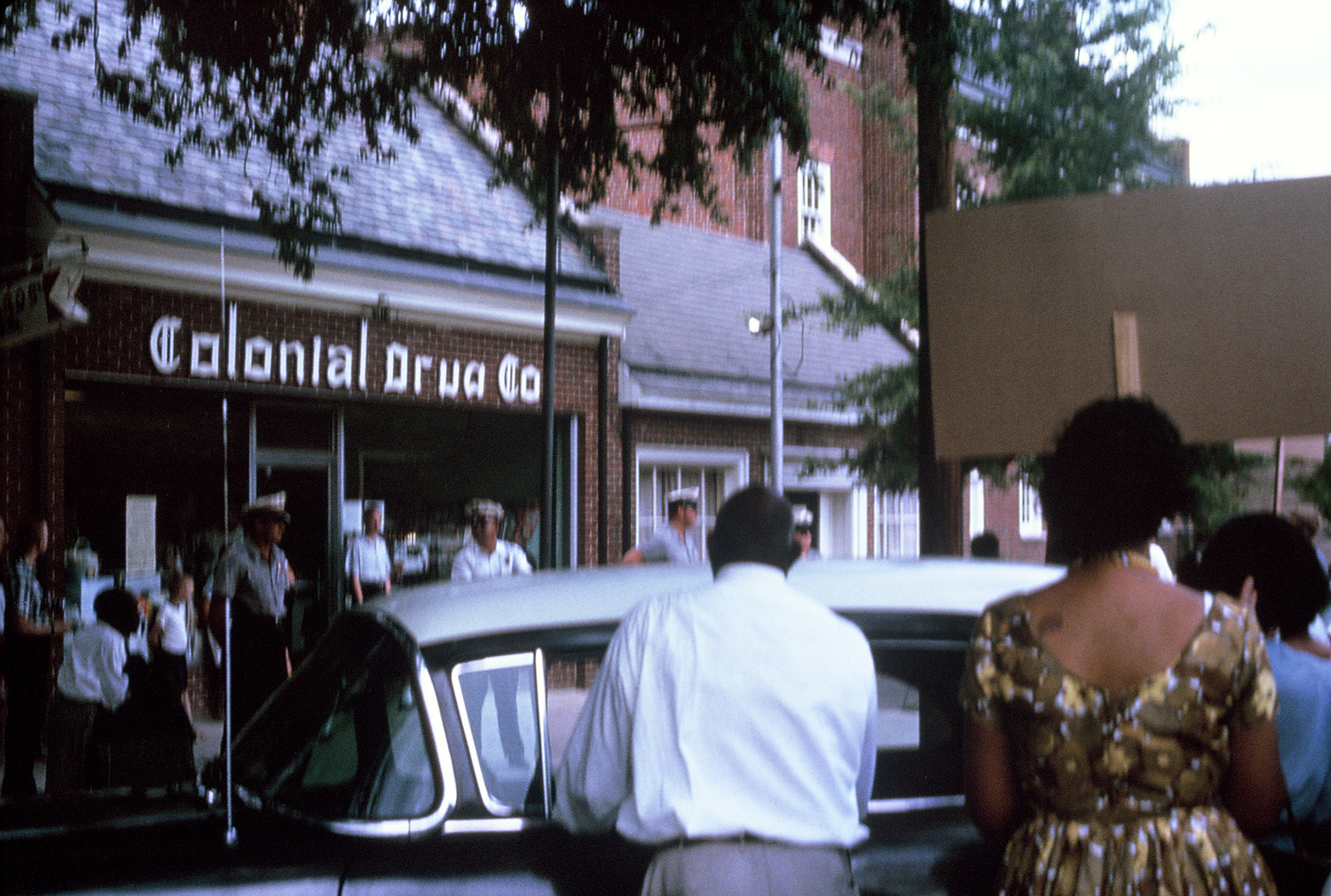 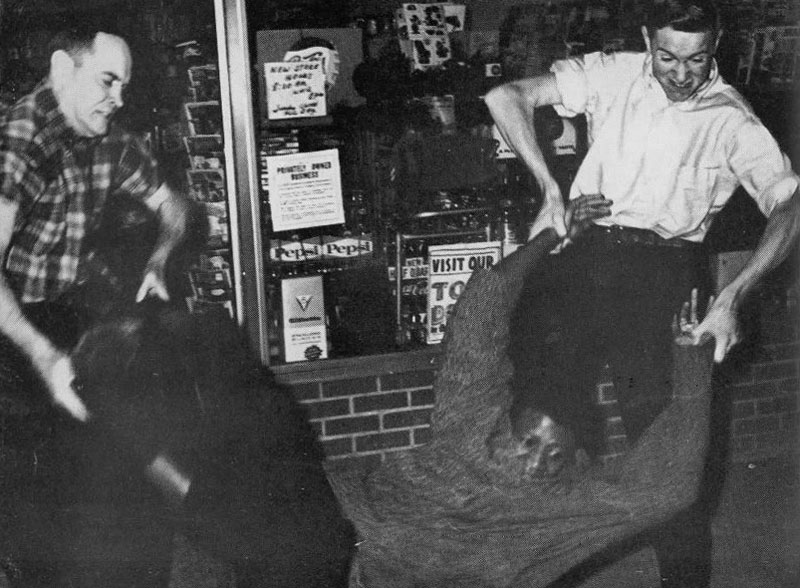 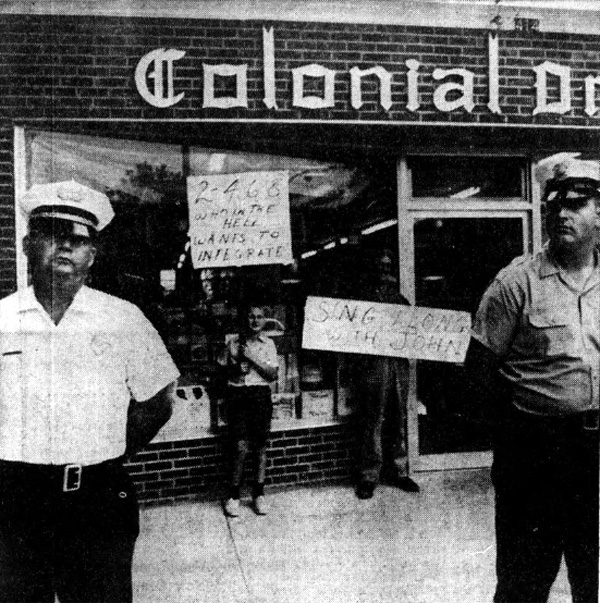 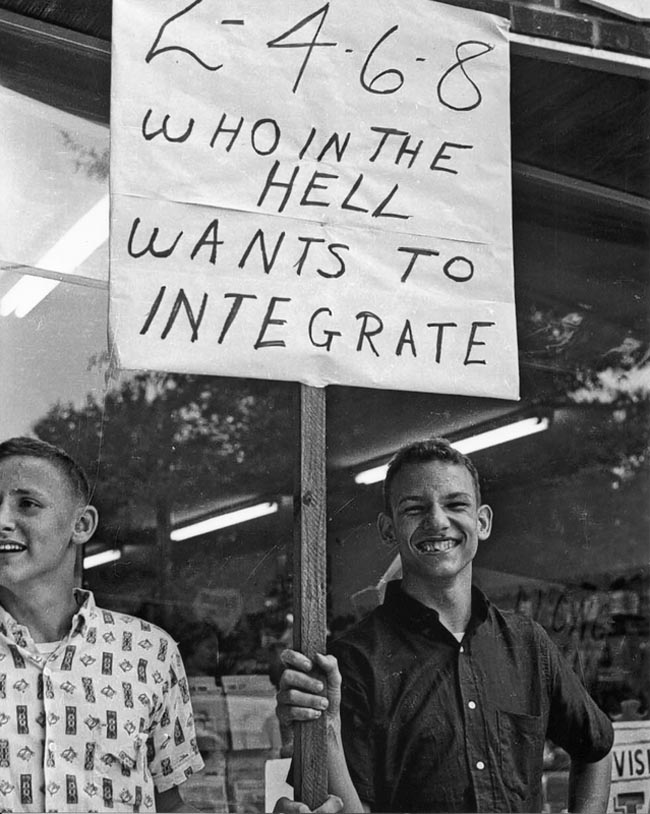 John Carswell (aka "Big John"), the proprietor of the Colonial Drug Store, did not believe that the movement in Chapel Hill was an authentic expression of the feelings of local black residents.  Apparently, the FBI convinced him that the protests were the work of communist agitators from Berkeley, California.  These outsiders, Carswell believed, "picked a lot of gullible teenagers in high school. . ." to instigate local problems.  Carswell's drug store was the main focus of local black youths during the Chapel Hill Civil Rights movement.  Carswell felt that the youths had no reason to target his business, as he "...resented the fact that they would turn against me. . . the one that had been good to them" (from an interview of John Carswell by Wendy Watriss and Lois Gilman, August 1974; Interview 103, tape recording and transcript, Oral History Program, Manuscript Department, Duke University Library).
The Colonial was also known locally as the home of the "Big O," a beverage made from fresh-squeezed oranges similar to orangeade. The Colonial Drugstore closed in 1996. It is now the location of the West End Wine Bar.
On Feb 28, 2020, the Chapel Hill Nine Marker was erected in front of the former store. The marker was designed by Durham artist Stephen Hayes; it has images of the protests and police officers outside of the drugstore, as well as images of news headlines from the time. 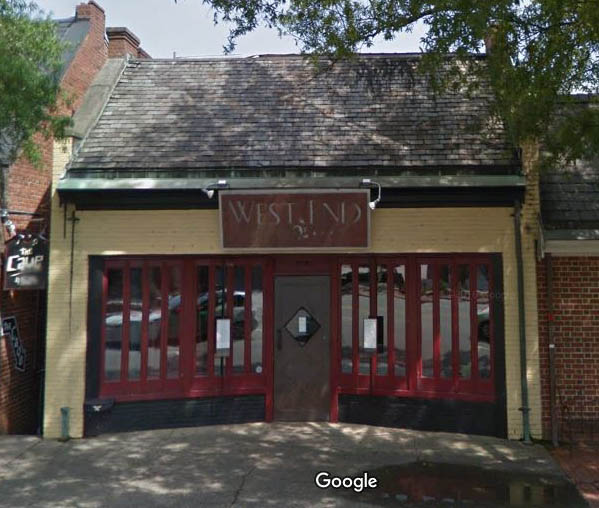 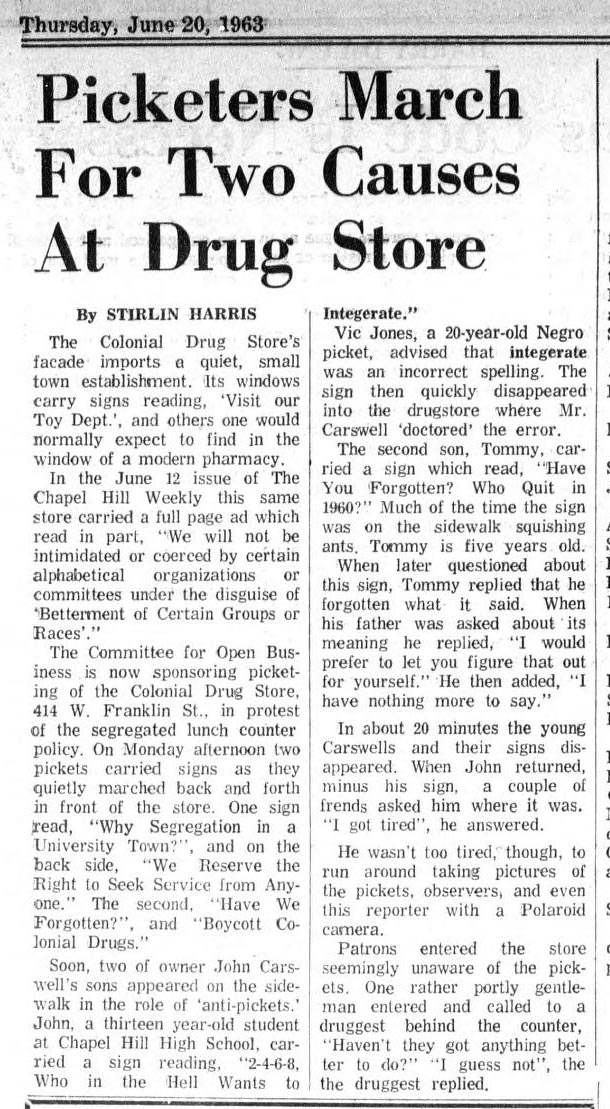 A Milton's ad from the July