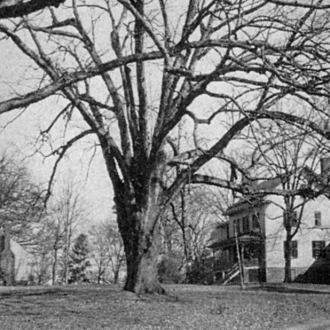 The 1835 in-town estate of Paul Cameron, a member of the Cameron-Bennehan clan that owned the Stagville and Fairntosh plantations.

In 1834, Paul Carrington Cameron (1808-1891) purchased just over 2 acres of land from his father-in-law, Thomas Ruffin (Cameron had wed Ruffin's daughter Anne in December 1832) and William Cain. It included Ruffin's former law office and a modest home that had been built by Cain. Per Jean Anderson, during preparations to enlarge and improve Cain's house, it burned. Cameron thus built a new home, built and likely designed by John Berry, which Anderson describes as "substantial hall-and-parlor plan, two-story house over an English basement."

The house was built largely by enslaved people from Cameron's plantation, Fairntosh, and the supervisor was his master carpenter, "Jack."  Berry did the brickwork, including the kitchen and ice pit. A painter named Charles Cox painted the new house and the old outbuildings. Cameron named the house Burnside.

Cameron's father's appointment to the Presidency of the State Bank allowed Paul to return to Fairntosh in 1836, much to his delight, and on May 27, 1838, Paul Cameron sold the house he named "Burnside", to Cadawalader Jones, Jr. for $2000.

In 1856, circumstances had changed at Fairntosh, and Cameron repurchased Burnside from Jones, who was experiencing financial problems. At the same time, Cameron also acquired an additional forty-three adjacent acres from Thomas Ruffin.

Cameron then built an addition onto the original house, as well as new stables, barns, and other outbuildings. He utilized the Eno bottomlands to the south of his house to grow corn, oats, and hay.  In 1857, Paul C. Cameron imported Thomas A. Adams, a landscape gardener from Chester, England, to establish one of the earliest arboretums in North Carolina on this acreage. He enlisted the help of Parsons & Co. of Long Island to plant the acreage with "every kind of tree there was" and the area became known as "Cameron Park." He created a park with an elaborate flower garden and planted with unusual specimen trees. There were several orchards, supplying Bartlett pears and winesap apples, Scuppernong and James Grape arbors, a carriage house and greenhouses connected to terraced gardens and the river by a wall lined with dwarf English Box. He acquired more adjoining land until Burnside consisted of 70 acres. Moses Curtis, the Hillsborough botanist, was a frequent visitor at Burnside, and many references to the garden there may be found in his letters.

The earliest portion of Burnside, erected in 1835 on the rubble stone foundation of an earlier house, is two stories under a side-gabled roof with partial gable returns. The house is three bays wide and double-pile with weatherboards, a slate roof with boxed eaves, and two interior brick chimneys in the left (east) gable end. It has nine-over-nine wood-sash windows on the first-floor level, six-over-six windows on the second-floor level, and arched, multi-light double-hung windows in the gables. The wide, six-panel door is sheltered by a full-width, hip-roofed porch supported by slender paired posts with arched frieze boards and a delicate balustrade with a rounded rail and plain balusters. The exterior features date to c. 1870 and match those on a one-bay-wide, two-story, side-gabled wing on the left (east) elevation that was erected by the Camerons at that time. The two-story wing has an interior brick chimney, nine-over-nine wood-sash windows, and a projecting bay window on the first-floor façade. Nine-light-over-two-panel doors on the left elevation are sheltered by a hip-roofed porch with supports matching those on the main porch and a low balustrade.

A two-story sleeping porch is located behind (south) the two-story wing and was enclosed with casement and fixed windows in the twentieth century. A one-story, hip-roofed porch extends the full-width of the c. 1835 structure connecting the first floor of the sleeping porch with a hip-roofed structure that stands at the southeast corner of the house. This porch was enclosed in the twentieth century and currently has three pairs of eighteen-light French doors that open to an uncovered deck supported by Tuscan columns. A two-story, hip-roofed frame structure, thought to have been constructed as slave quarters, was moved to the southeast corner of Burnside by the Cameron family in the late nineteenth century. The building is two rooms wide and single-pile with a stone foundation, board-and-batten sheathing with wide eaves, an interior brick chimney, and a modern exterior brick chimney on the west elevation. It has six-over-six wood-sash windows with a later, bay window centered on the second-floor level of the rear (south) elevation. The full- width, hip-roofed rear porch was constructed between 1974 and 1994, replacing an earlier porch. It has paired posts with arched spans, matching those on the main house, has been enclosed with screens, and shelters two pairs of modern one-light French doors. The interior features wood floors and central fireplaces between the rooms on each level. An interior connection between the building and the main house was made at the second- floor level in the 1950s. 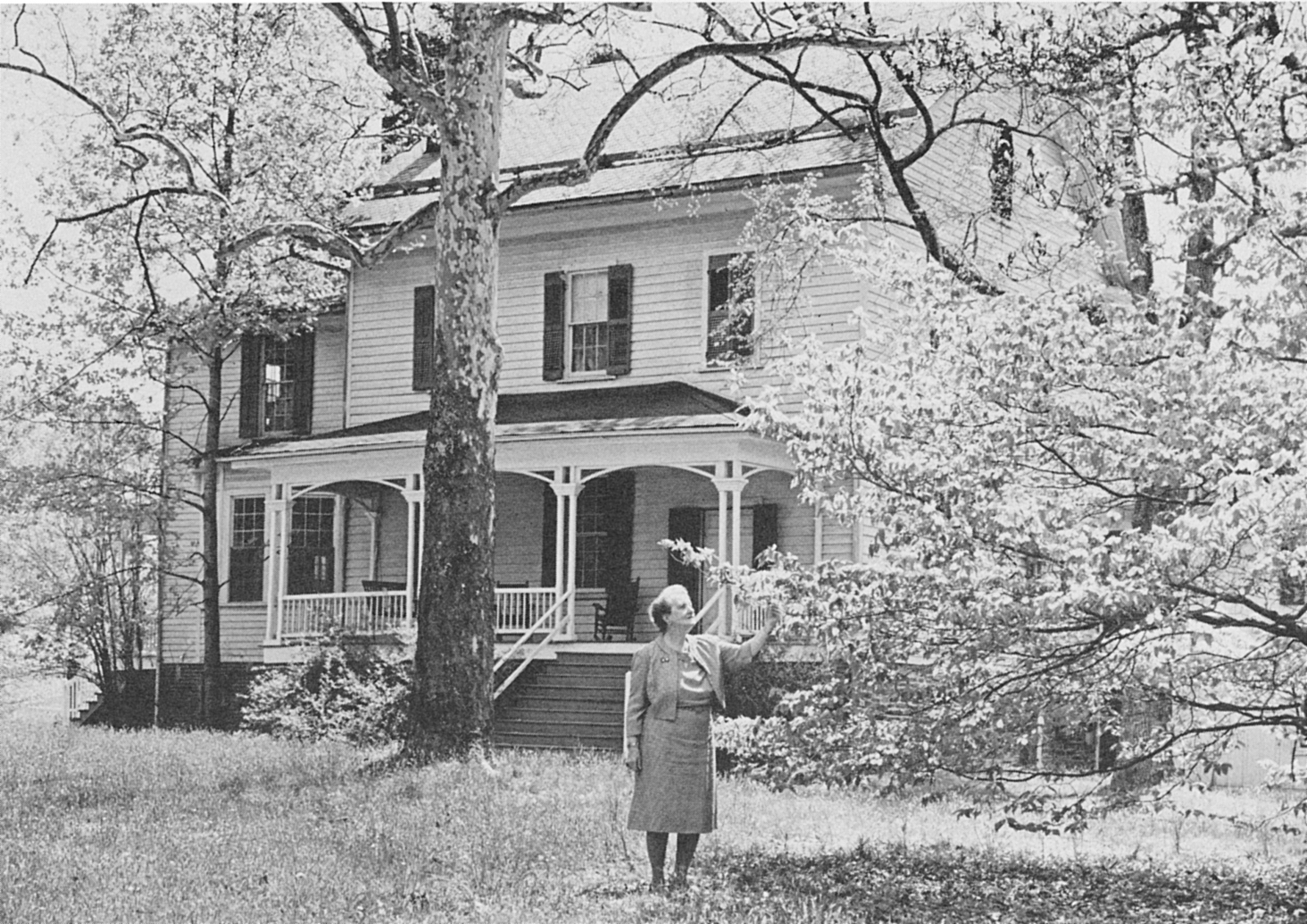 The interior retains much c. 1835 finish. The side-hall plan has two rooms downstairs and two rooms upstairs, with a wide hall and a wide reverse stair marked by a plain, square newel post and delicate railing. The south room, now used as a dining room, has a mantel with Ionic colonettes and a raised diamond frieze reputedly made by noted cabinetmaker Thomas Day. The north room has a reproduction mantel. Interior doors have six-flat panels. The basement contains some fine finishes including flat paneled wainscoting and an early Federal mantel with three flat panel frieze and reeding that has apparently survived from Thomas Ruffin's earlier house.

The building has a collection of historic outbuildings, most of which remain on the current parcel. The Chief Justice Thomas Ruffin Law Office stands just north of the house, but has been included as a separate entry in this inventory. A stable that was enlarged into a house and its accompanying brick kitchen are located at 209 South Cameron Street and a brick icehouse is located at the rear of 200 East King Street.

Cameron Park has been divided and developed, but originally included the lands occupied by St. Matthews Episcopal Churchyard, the Orange County Board of Education, and Cameron Park Elementary School; however, many of the unusual specimen trees may still be seen here at Burnside, and on the grounds of the Cameron Park School. The Red Mulberry, Nordmann's Fir, Copper Beech, Cedar of Lebanon, Crypotomeria, Kentucky Coffee Tree, Cunninghamia, and a giant specimen of the Shagbark Hickory, found native in western North Carolina, and unusual in the Piedmont.

Additionally, the remains of a chimney from the James Hogg House (demolished in the 1940s) stand northeast of the house. 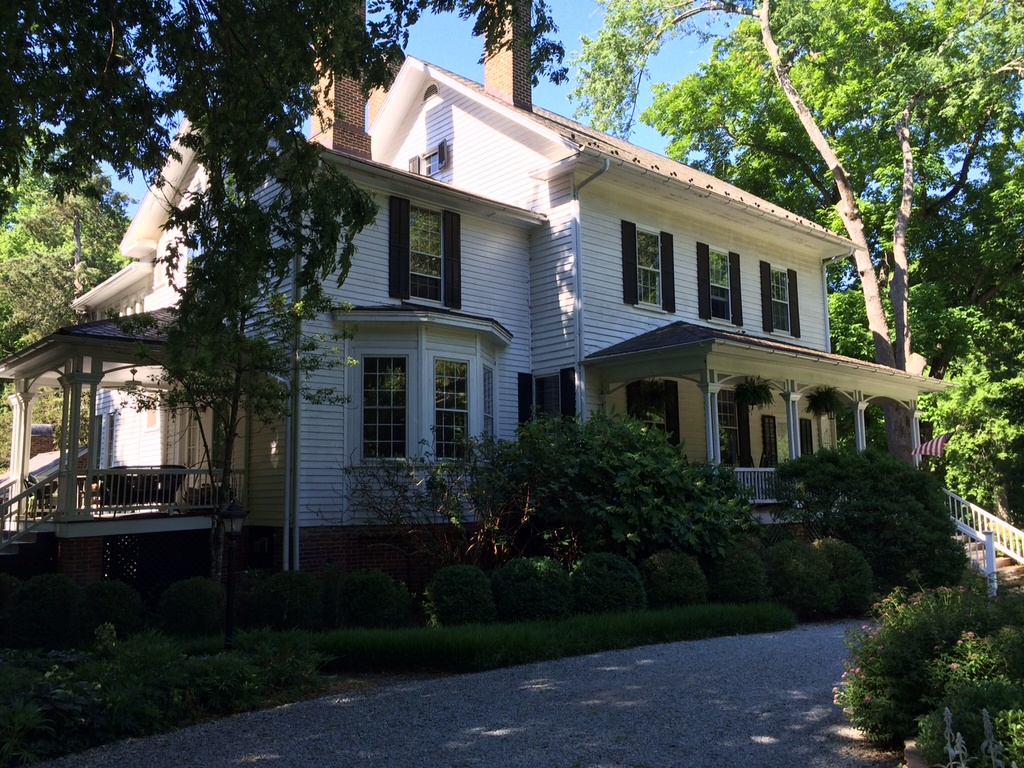 In 1971, Burnside was the property of Rebecca Wall, a greatgranddaughter of Paul Cameron. 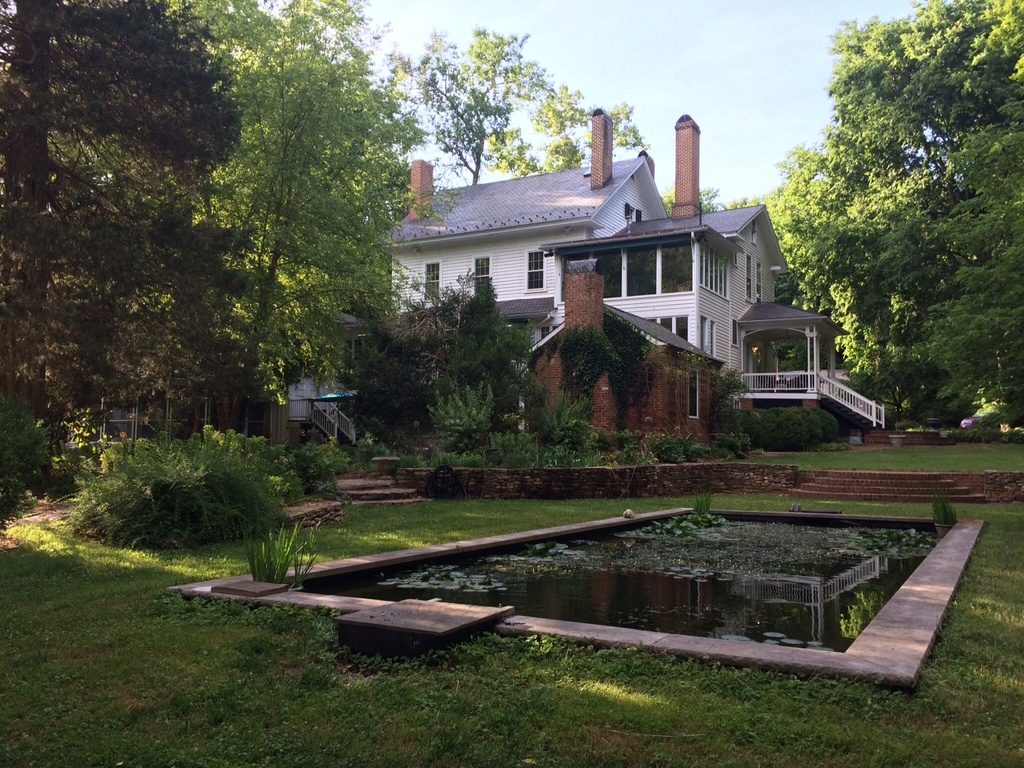