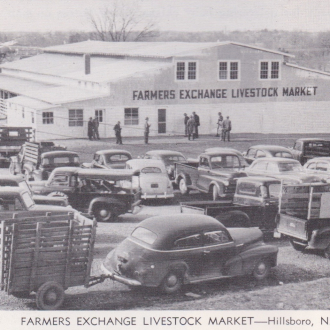 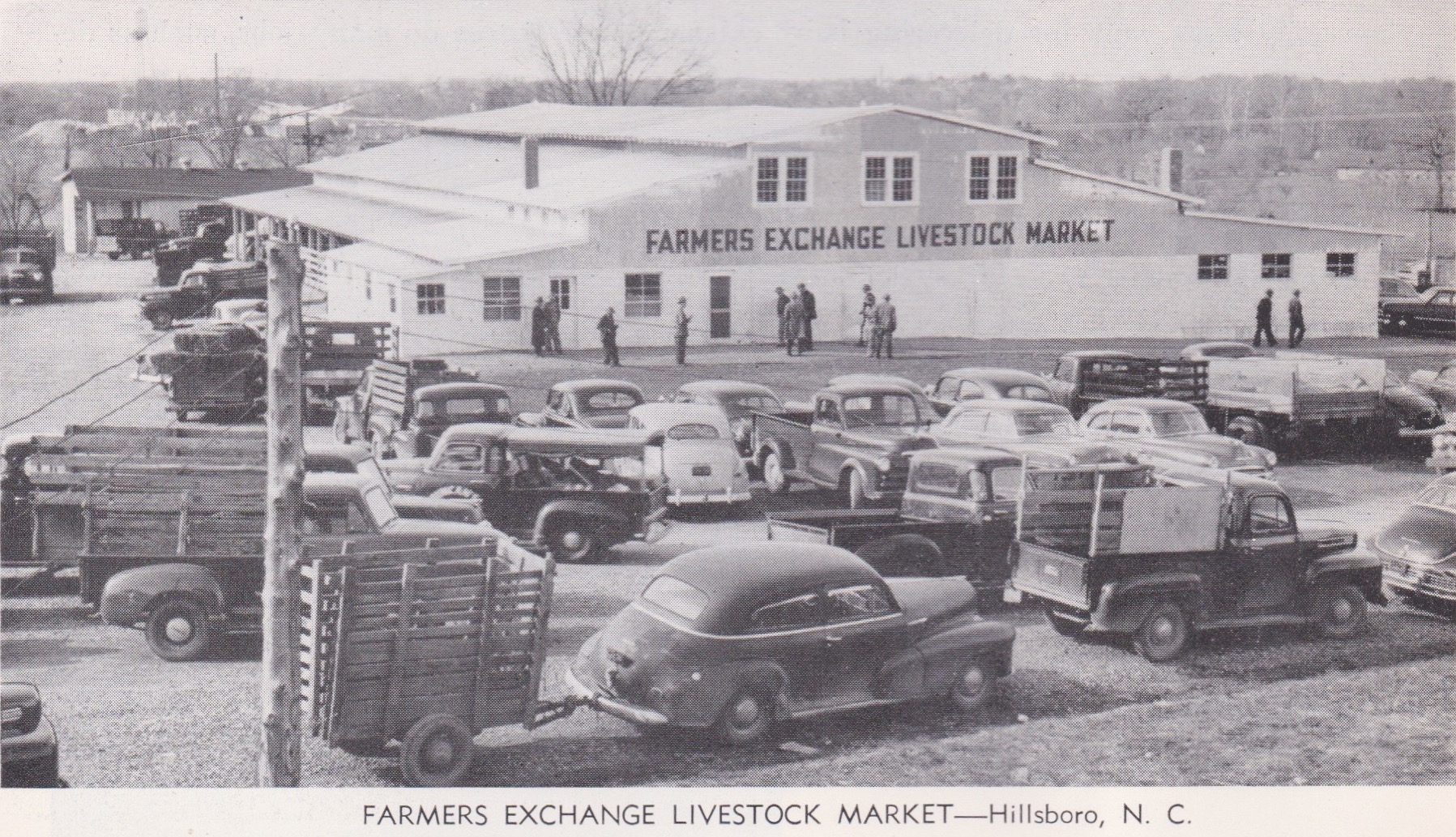 From mid-1950s promotional brochure, "This Is Central Carolina Farmers Exchange."

For nearly a half-century, this cooperatively-owned livestock marketing facility stood on the southeastern approach to Hillsboro along NC-86 on land that had once been part of Julian Carr's vast Occoneechee Farm.  It was first acquired in 1941 as a hub for the sale of cows and hogs raised by members of the Durham Farmers Mutual Exchange - a five-county cooperative founded in the neighboring city a decade prior.  The organization also operated retail and service stores in downtown Hillsboro and Carrboro.  For more on the Farmers Exchange headquarters and operations, see Open Durham.

Though the cooperative's territory stretched as far as Granville and Chatham County, cattle and hog farming was more concentrated in Orange County, incentivizing the location here.  According to an advertisement in The News of Orange County, by 1944 the venue's Thursday afternoon auctions were selling an average of 237 head of livestock per week.  The Exchange charged a 4% fee on sales to provide for staff and facilities, including an adjacent slaughterhouse.

On December 9, 1947, the market building was decimated by fire. 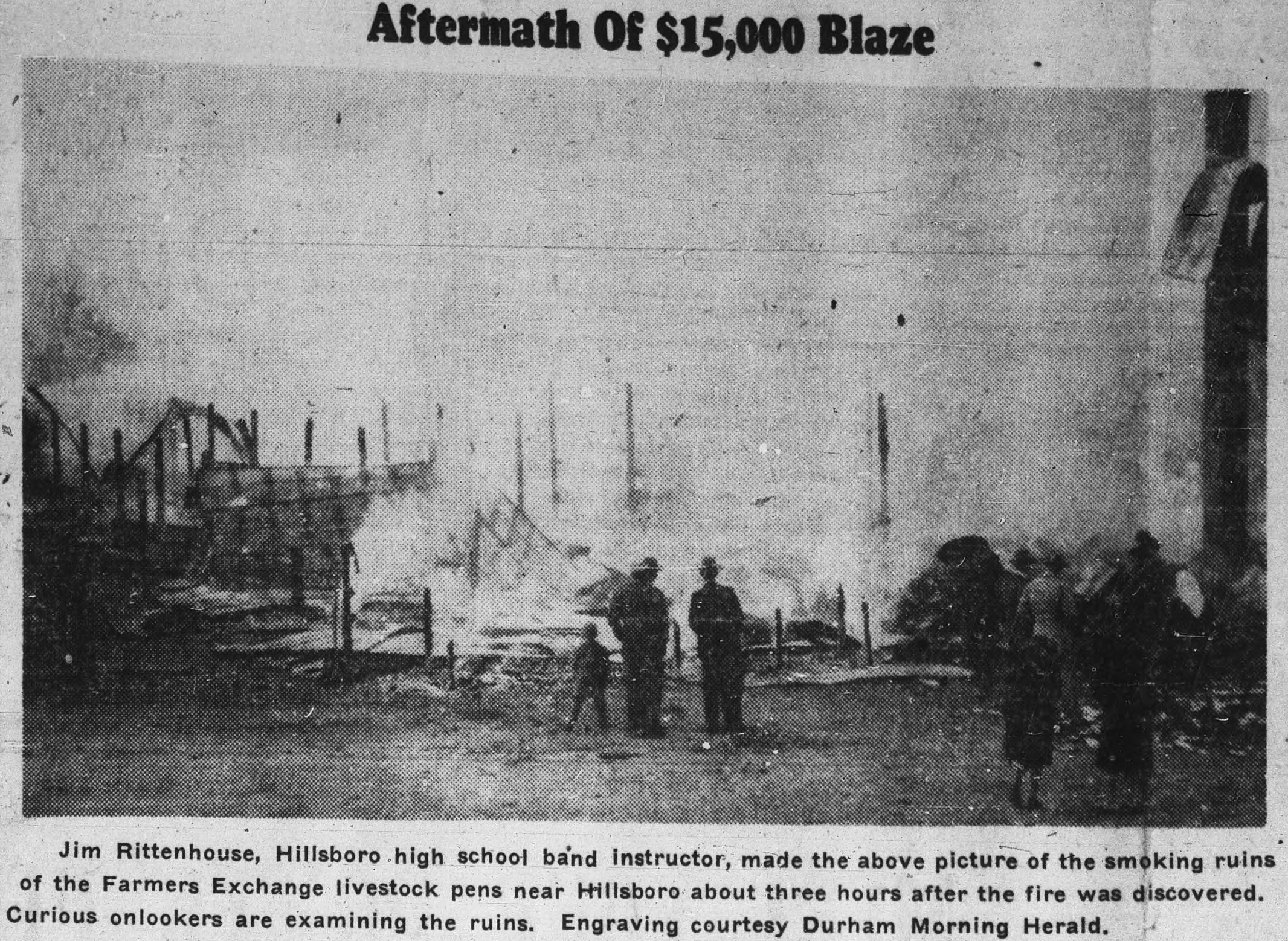 Excerpt from the frontpage of The News of Orange County on December 11, 1947 (online via DigitalNC). The photograph from the scene of the fire was attributed to a Hillsboro High teacher, Jim Rittenhouse.

Though all of the staff was able to escape safely, the estimated $15,000 in damage included the entire market building - both pens and offices - along with several dozen animals.  Insurance was said to cover these losses, however, and a new market building was declared completed and open for business by mid-March 1948.  The later structure is the one shown in the image at the top of the page and in the interior photo below. 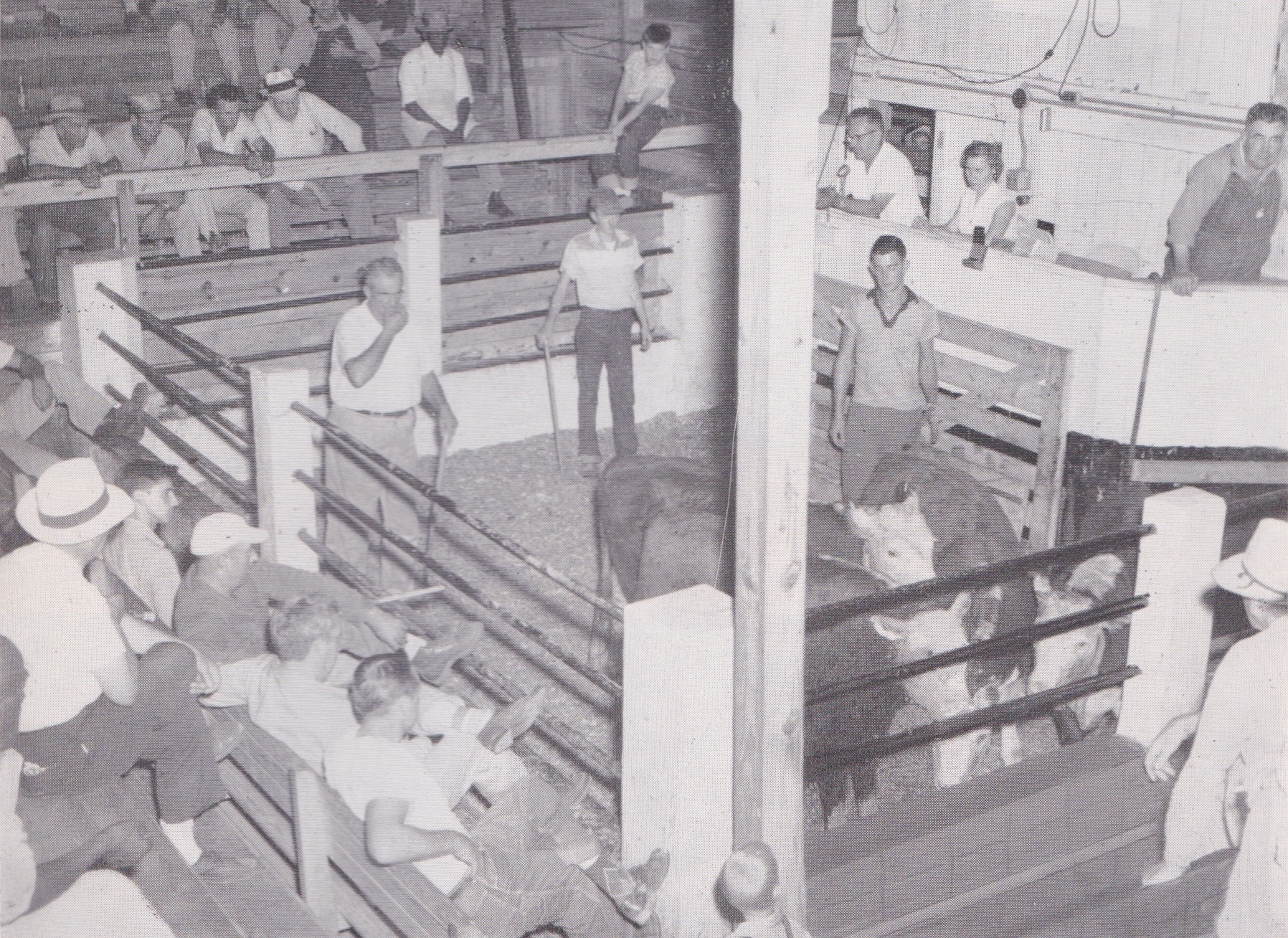 "Every Monday afternoon the chant of the auctioneer is heard from this sales ring as dependable buyers compete for the livestock brought to the market."  From mid-1950s promotional brochure, "This Is Central Carolina Farmers Exchange."

The day of weekly auctions had changed by the time this pamphlet was produced, as had the scale of market operations. Internal documents found in the Exchange's Durham headquarters indicate over 600 head were sold here each week by 1956, with monthly sales topping $100,000.  It was around this time that the cooperative was rebranded as Central Carolina Farmers.

The regular markets were supplemented by major seasonal sales of special stock. 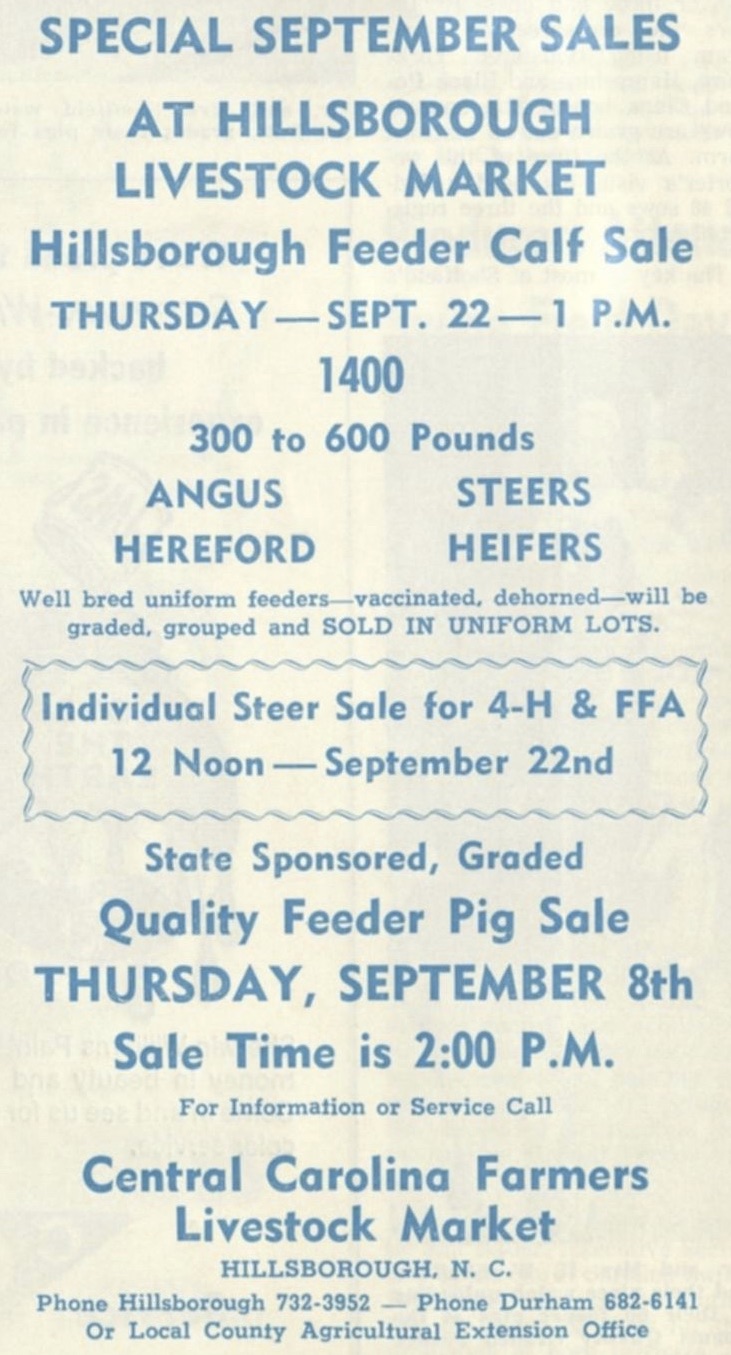 When Central Carolina Farmers merged with the larger, Raleigh-based cooperative FCX in 1980, the market by Hillsboro continued operation.  Any benefits from that expansion proved short-lived; FCX declared bankruptcy abruptly in September 1985.  Georgia-based cooperative Gold Kist acquired and briefly operated the market, but eventually sold it to developers who had already obtained surrounding parcels for an industrial park project.  After the last livestock sales in May 1987, the venue hosted one final auction - selling off all equipment and removable fixtures that June before the demolition of the building.