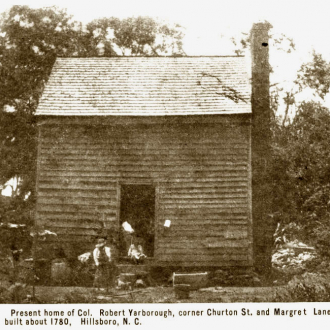 Duncan Cameron moved to Hillsborough in 1799 to practice law, and after purchasing town lots 10 and 13 he had “a small one-story house, an office, and cabins for slaves' quarters" constructed,  with at least one enslaved man living with him on his property in town.  Cameron sold the combined property to Frederick Nash in the spring of 1807 and moved to Stagville, then still in Orange County but now in Durham County.

Nash family memoirs describe the basic layout of the buildings on the property, which included “…the big house … the long low one containing a [brick] greenhouse, studio and … two rooms; there were the office, the barn and woodshed, the kitchen and the cabins of the [slaves'] quarters.” The main slave "quarter" was further described as being east of the main Nash-Kollock School building (see Sanborn map excerpt below).  Another Nash family reminiscence from the 1880s mentions "...a small house located at the extreme rear of the lot and almost entirely hidden by a dense thicket of shrubbery.”  This structure might have been another slave dwelling; archaeological testing was done in the early 2000s for the Town of Hillsborough at this site but was inconclusive.

One of these houses for enslaved people later was the "Yarborough House." The structure was located on historic town Lot 7, and was gone by 1911 (as it isn't shown on the 1911 Sanborn map).

On the 1888 Sanborn map, the structure is listed as a two-story "Negro Dw'g. [dwelling]," but by 1894 it is listed just as a one-story dwelling. In the 1900 US Federal Census, Robert Yarborough (born 1850, occupation is farmer) is listed with his wife and one-year old son, as renters living in Hillsborough. The caption from a circa-1908 postcard describes the structure as "Present home of Col. [colored] Robert Yarborough, corner Church St. and Margret [sic] Lane. House built about 1780, Hillsboro, N.C."

The site is now the location of a circa 1930 structure, originally built for use as a dwelling, but which has been used for various businesses for decades. 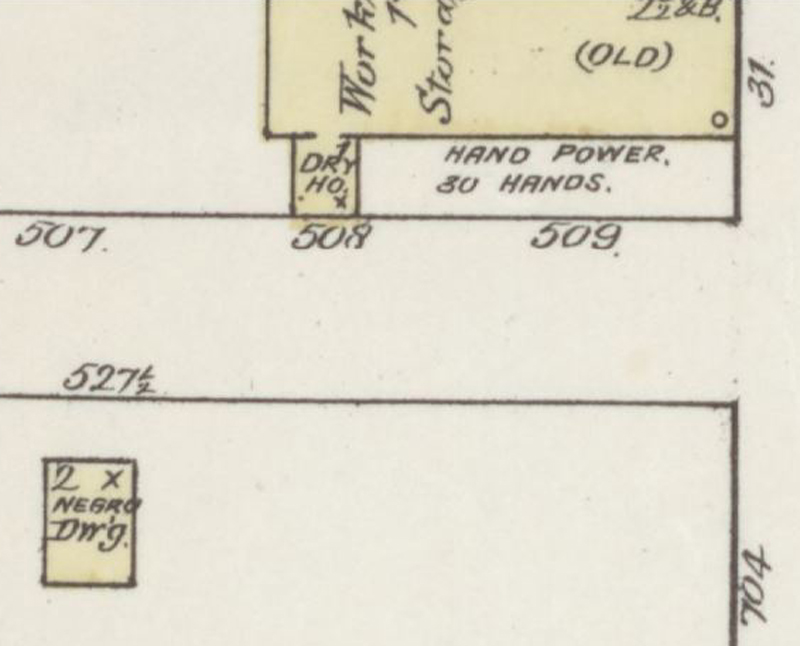