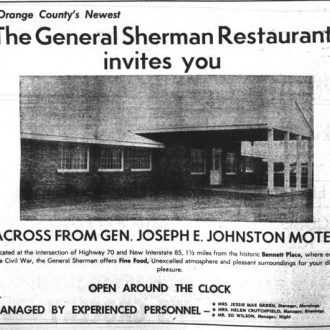 Once part of the Freeland empire.

Built in 1960-1961 as the General Sherman Restaurant. Associated with James Freeland.

Also noted for its use for local political and KKK meetings in the early/mid-1960s.

There was also the Holiday Ice Arena skating rink/ice rink at the back of the property that was likely superseded by the later skating rink at Daniel Boone Village in the late 1960s.

"...I saw with my very young eyes the post WWII upgrades of US 70 and the beginning of I-85 when it was 2-lane and called US 70A. The building of the interchange near Pleasant Green and Mount Herman roads began circa 1966 though took four years to complete with the new I-85. The restaurant and motel---the General Sherman and the General Johnston, respectively---were intended to pull in traffic during the imagined centennial of the Civil War, which celebration began nobly but soon sputtered with the surrounding brutality of the suppression of the Civil Rights movement." (David Southern, personal communication, 7.17.2020.)

The restaurant burned in the 1980s(?). There were many local historical artifacts (particularly from Occoneechee Farm) on display in the restaurant that were destroyed in the fire.
It was later used as a seafood restaurant. The building again caught on fire January 3, 2018, while being used as a storage space for appliances. 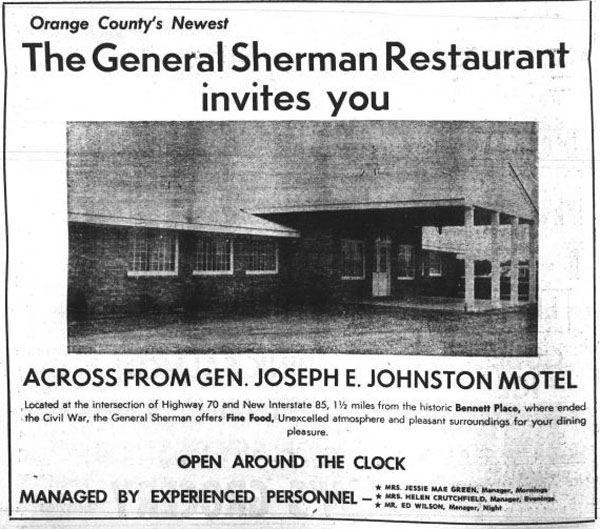 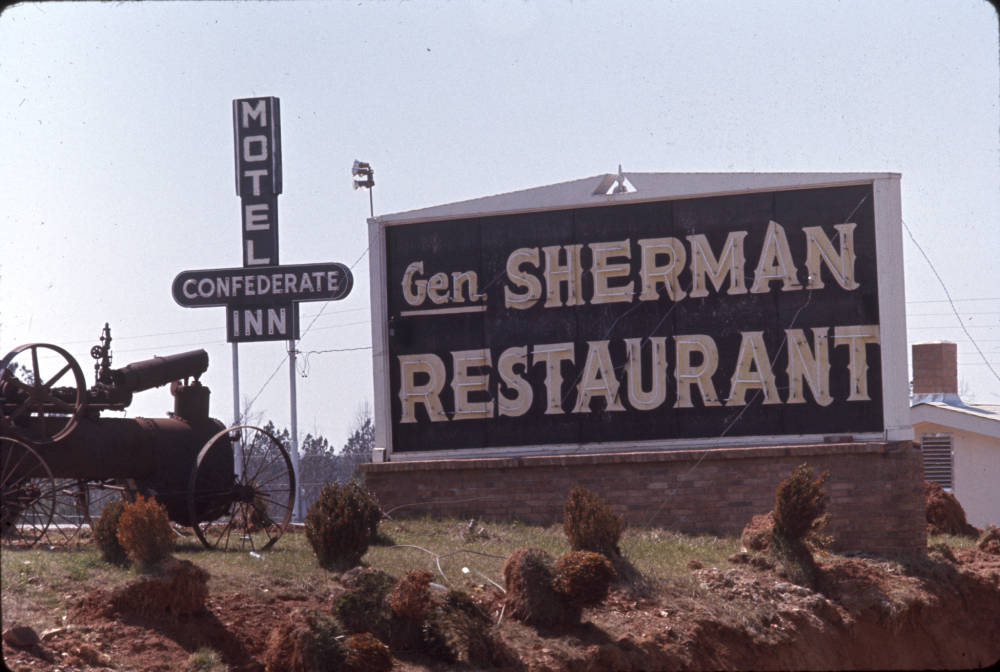 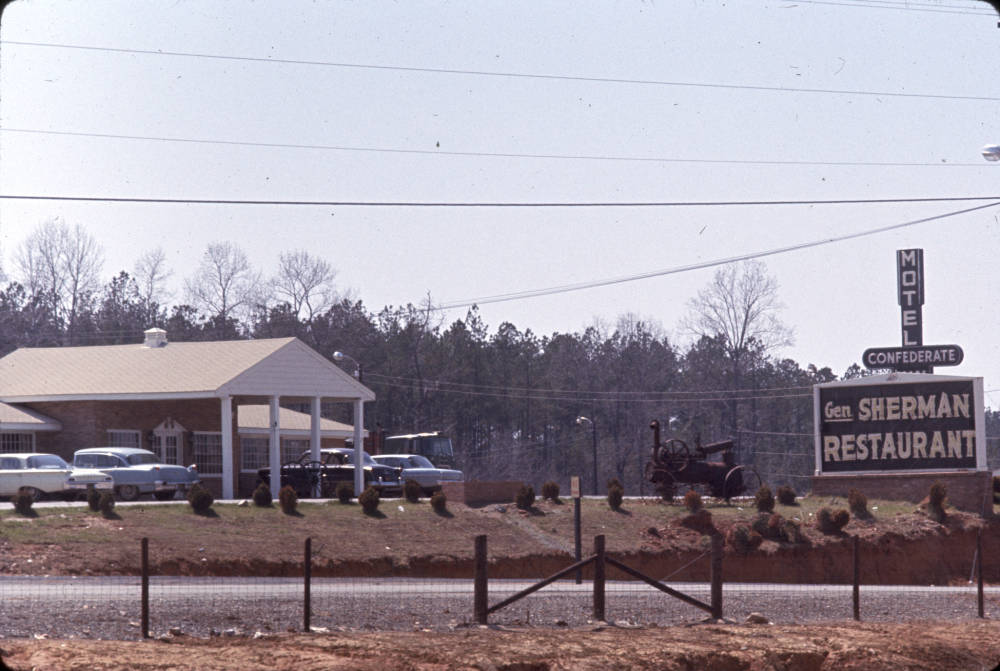 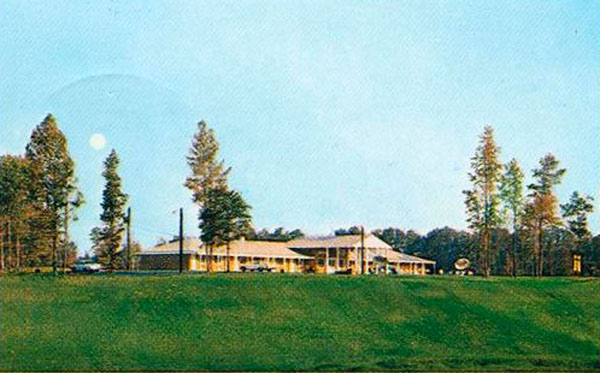 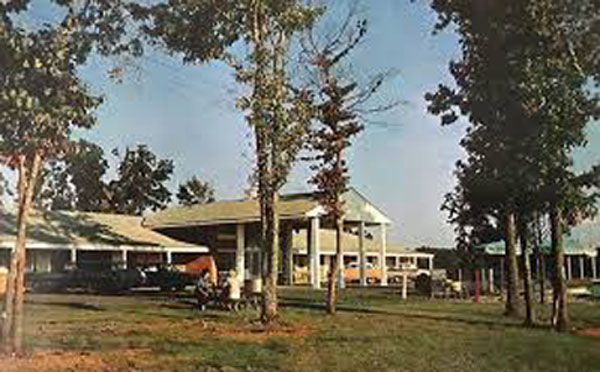 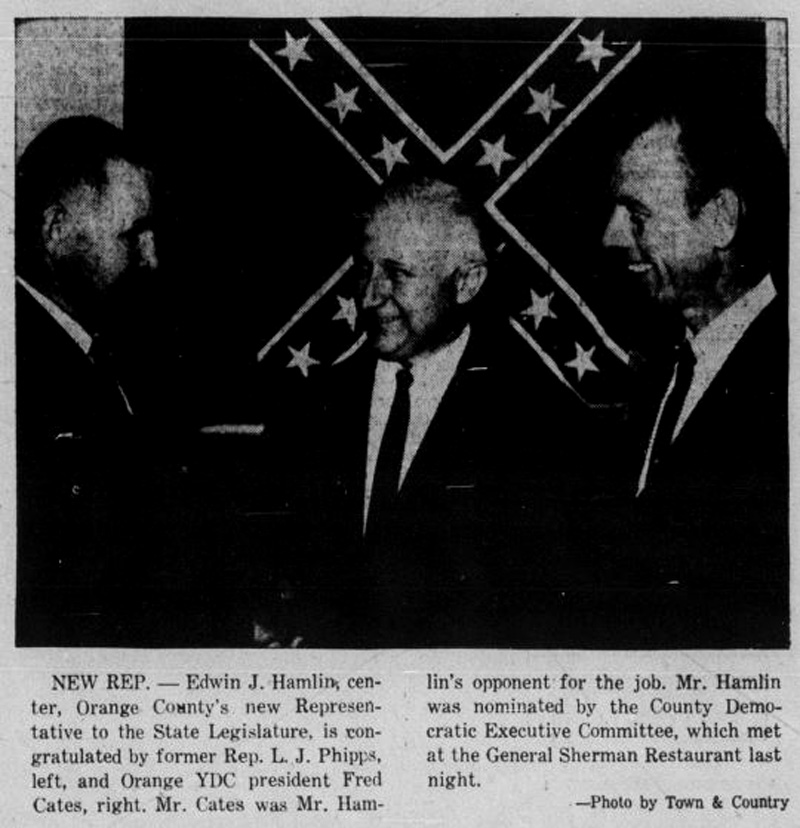 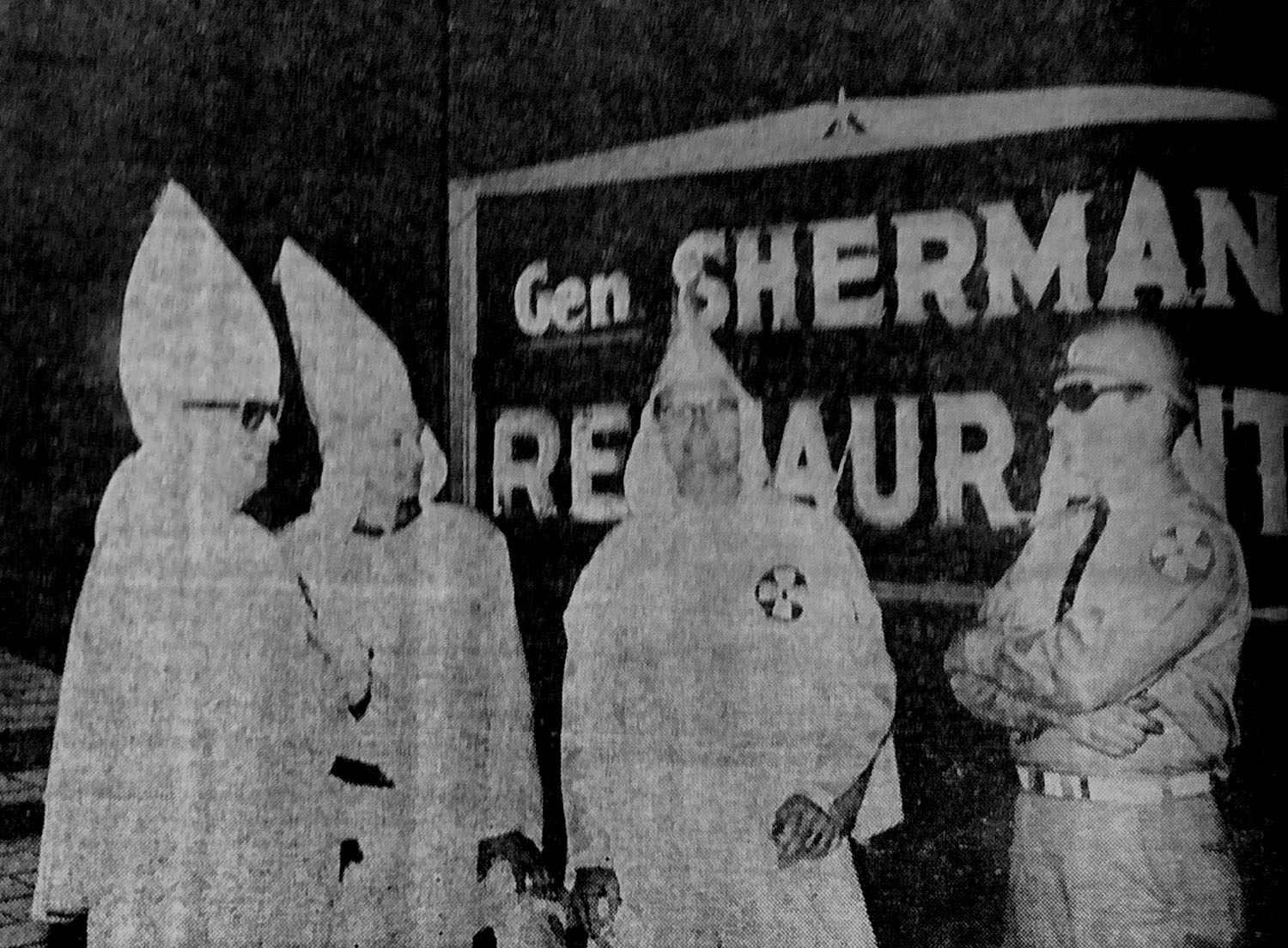 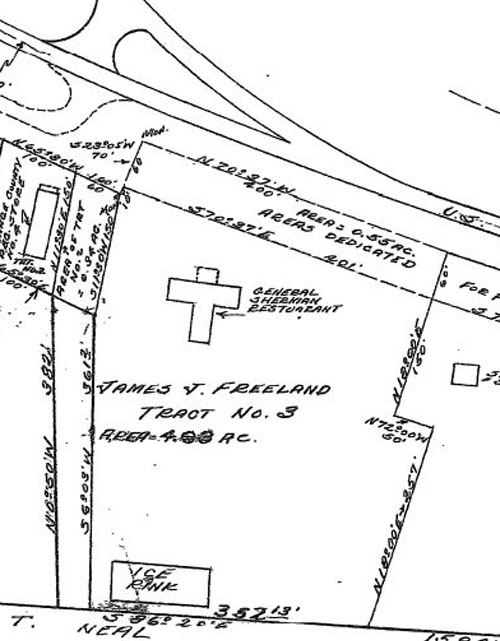 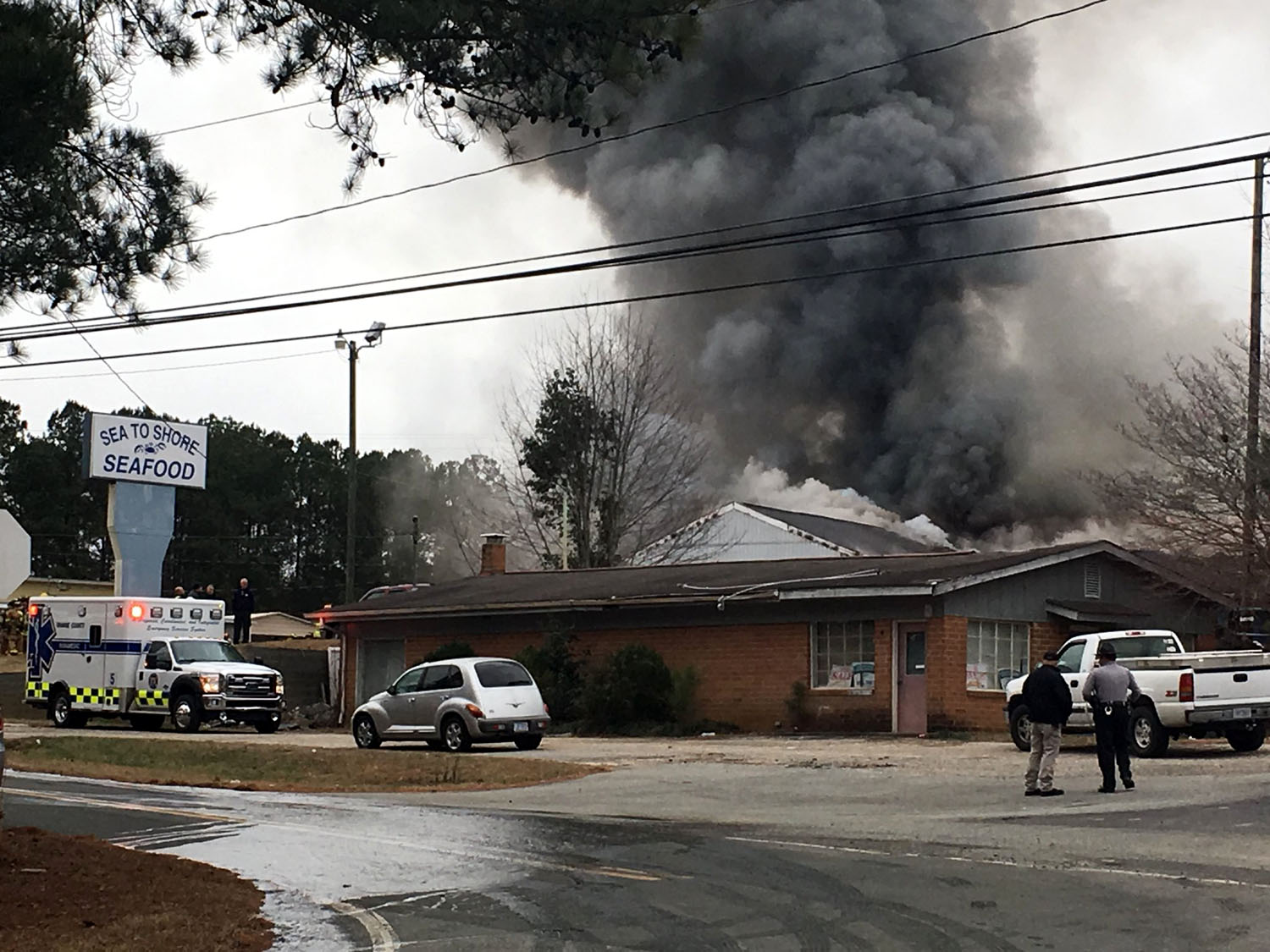 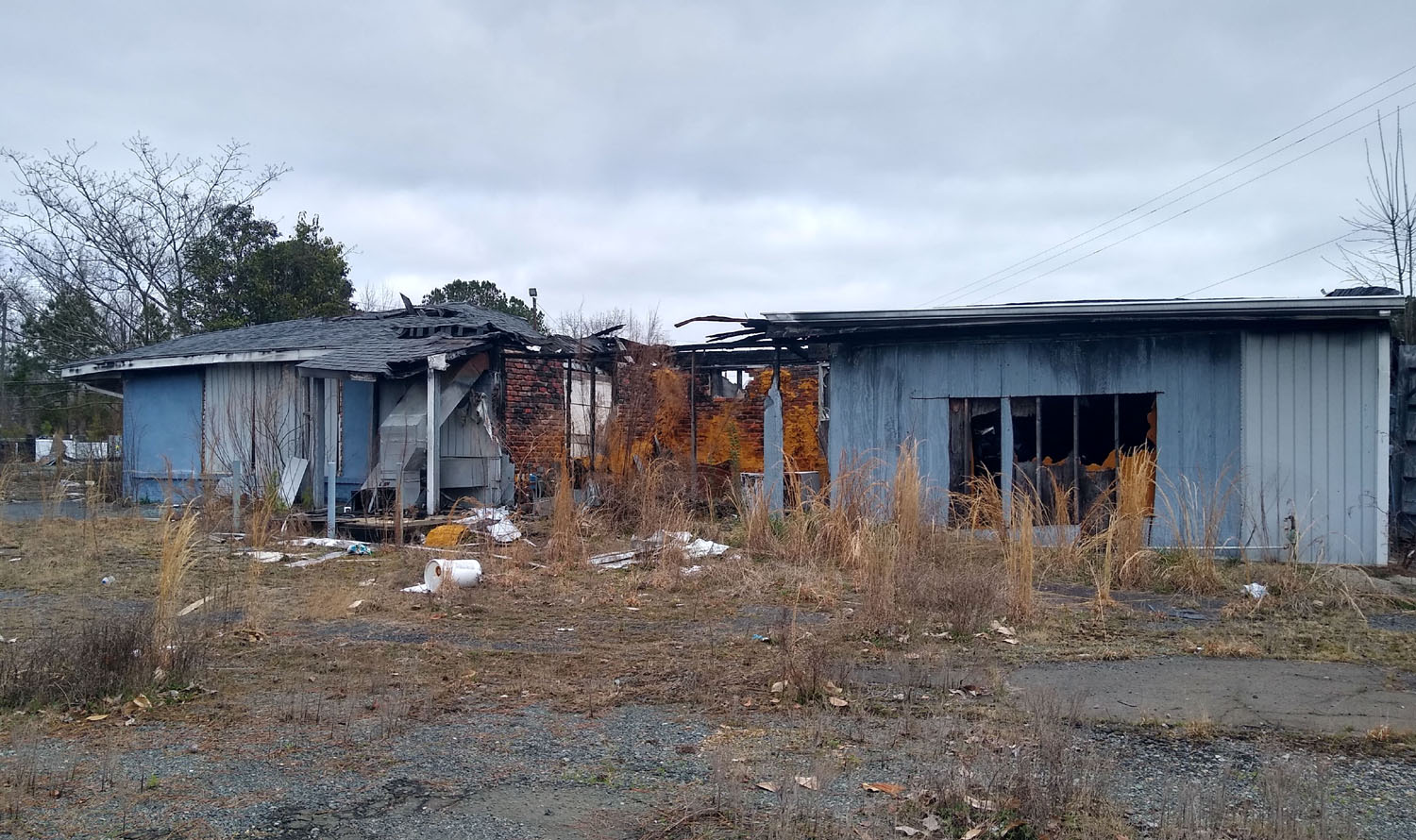 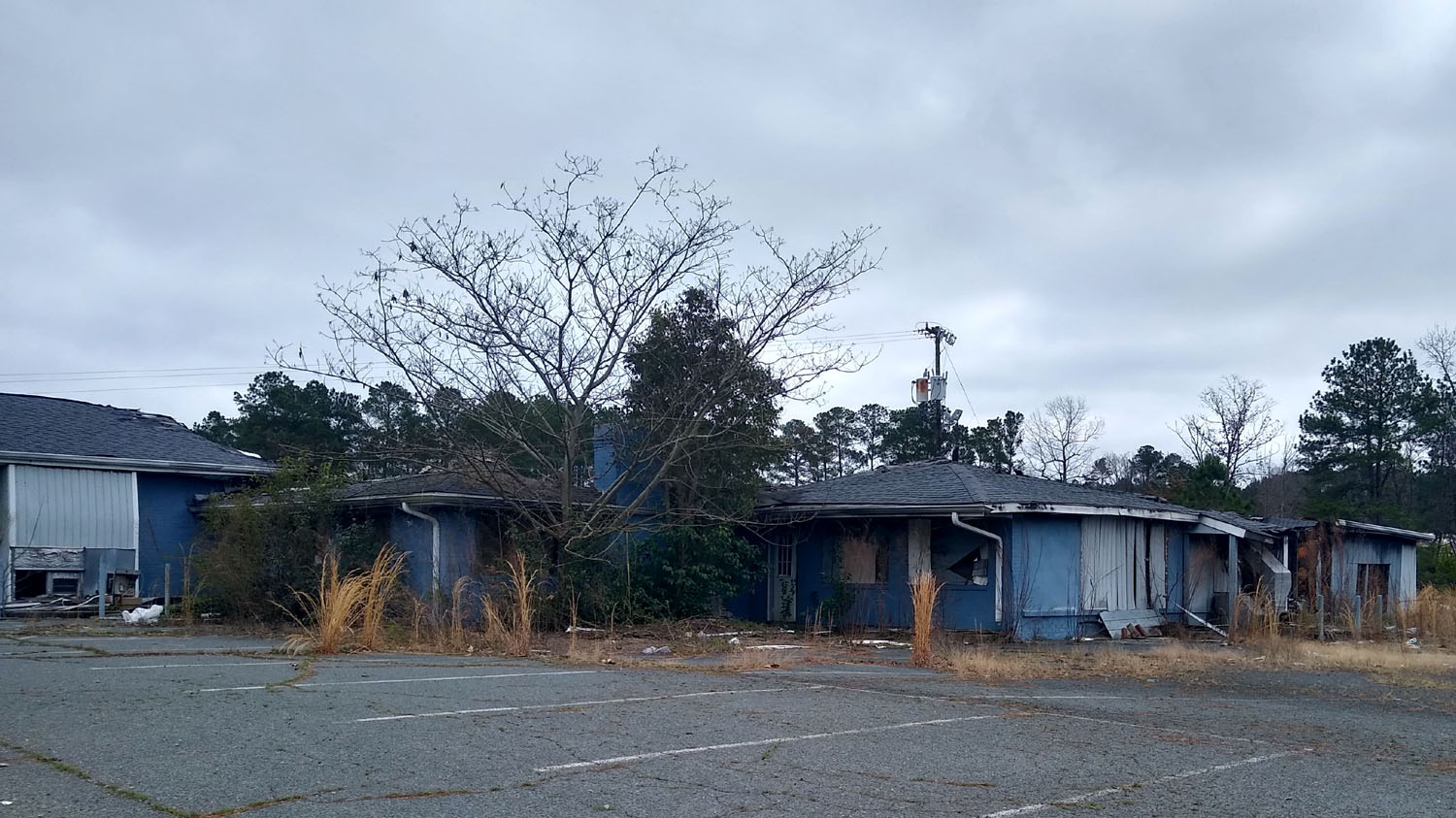 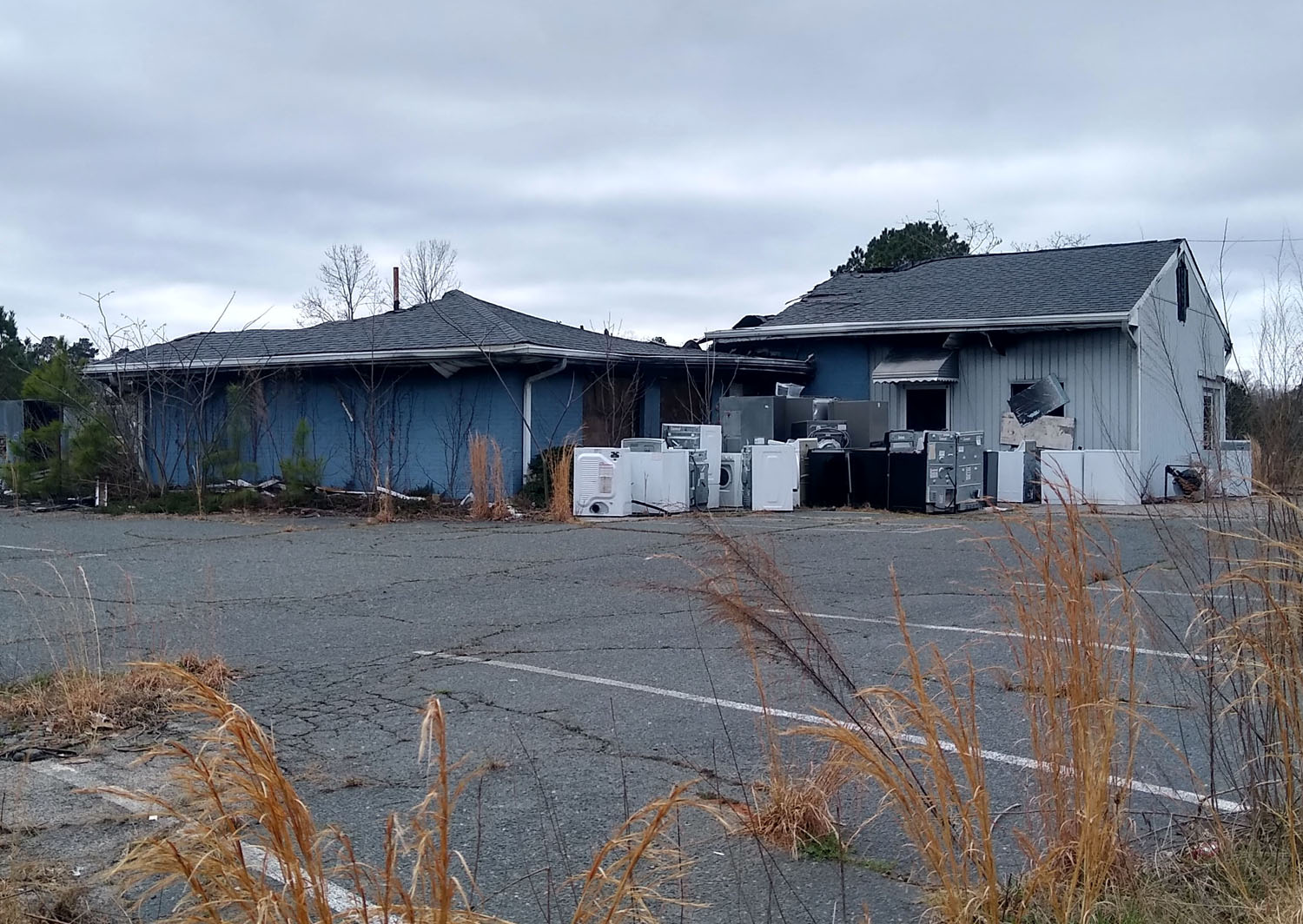