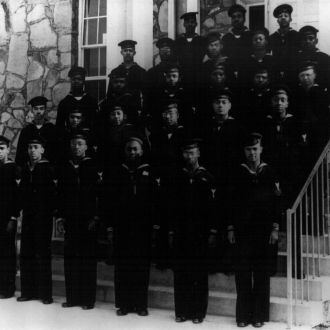 216
Roberson Street
,
Chapel Hill
NC
Built in
1945
/ Modified in
1960, 1980
Construction type:
Stone
,
Wood Frame
Neighborhood:
Chapel Hill - Northside
Type:
Government
Use:
Community Center
(Note: Most of the following history of the Hargraves Center was compiled by a Parks & Recreation intern in the late 1980s. The intern interviewed several long-time users of the facility, including Lucille Caldwell who was the first paid director of the Center.)
The Hargraves Recreation Center, originally known as the Negro Community Center, followed by the Robeson Street Center, was renamed in 1973 for William M. Hargraves, Jr., a former Chapel Hill Parks & Recreation Commission member who died in an automobile accident.
The idea for the construction of a community center for African Americans originated due to the concerns of the local Negro Civic Club. The founders of the club noted the lack of a facility for black residents to socialize and participate in organized recreational activities. A few key members of the club included Hubert Roberson (Chair), A.D. Clark (Vice Chair), Eugene White (Secretary/Treasurer), Charles C. Craig (Business Manager), Harold W. Holmes, E.T. Sellars, Walter Hackney, Kennan Cheek, and Charlie Maddax.
Due to the efforts of the Negro Civic Club, with the promotional help of Louis Graves, editor of the Chapel Hill Weekly, the idea of the community center was brought to the attention of the public in 1939. A Negro Community Center Association was formed for the purpose of securing a site and raising funds for construction and operation of the Center.
The land for the Center was purchased on September 8, 1939. The land was deeded to the Town of Chapel Hill on July 29, 1940 with the stipulation that it be used as a site for a community center and other recreational activities for African American residents. Most of the actual funding for construction of the Center was provided through the Works Progress Administration. Other assistance, in the form of money, labor, and materials, was contributed by citizens of the community.
Construction of the Center began on January 9, 1941 but was interrupted by the onset of World War II. Progress was slow until May 22, 1942, when the building was loaned as housing for the University of North Carolina’s B-1 Navy band. The band agreed to complete construction of the building and provide for upkeep until such time that it was no longer needed by the band. 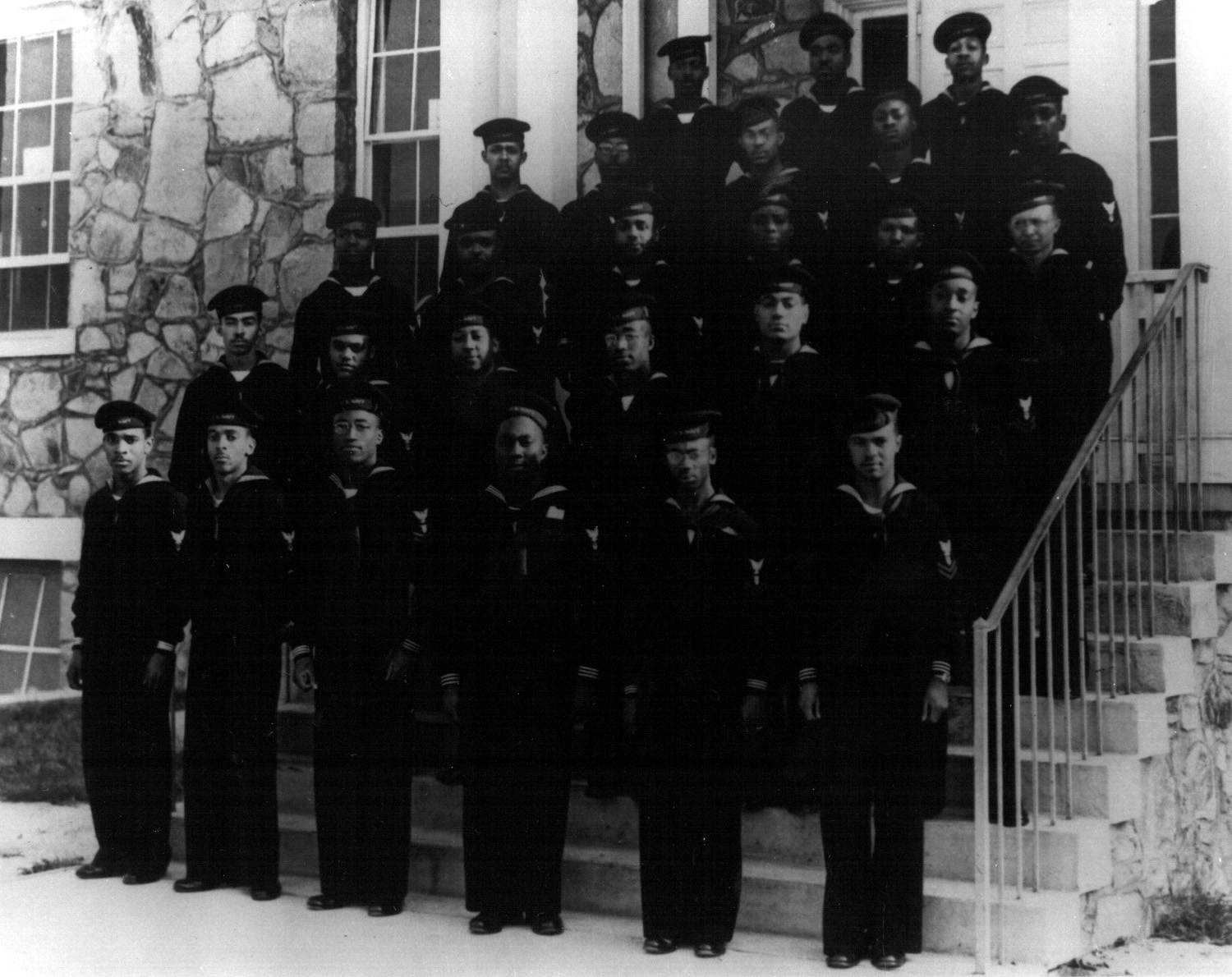 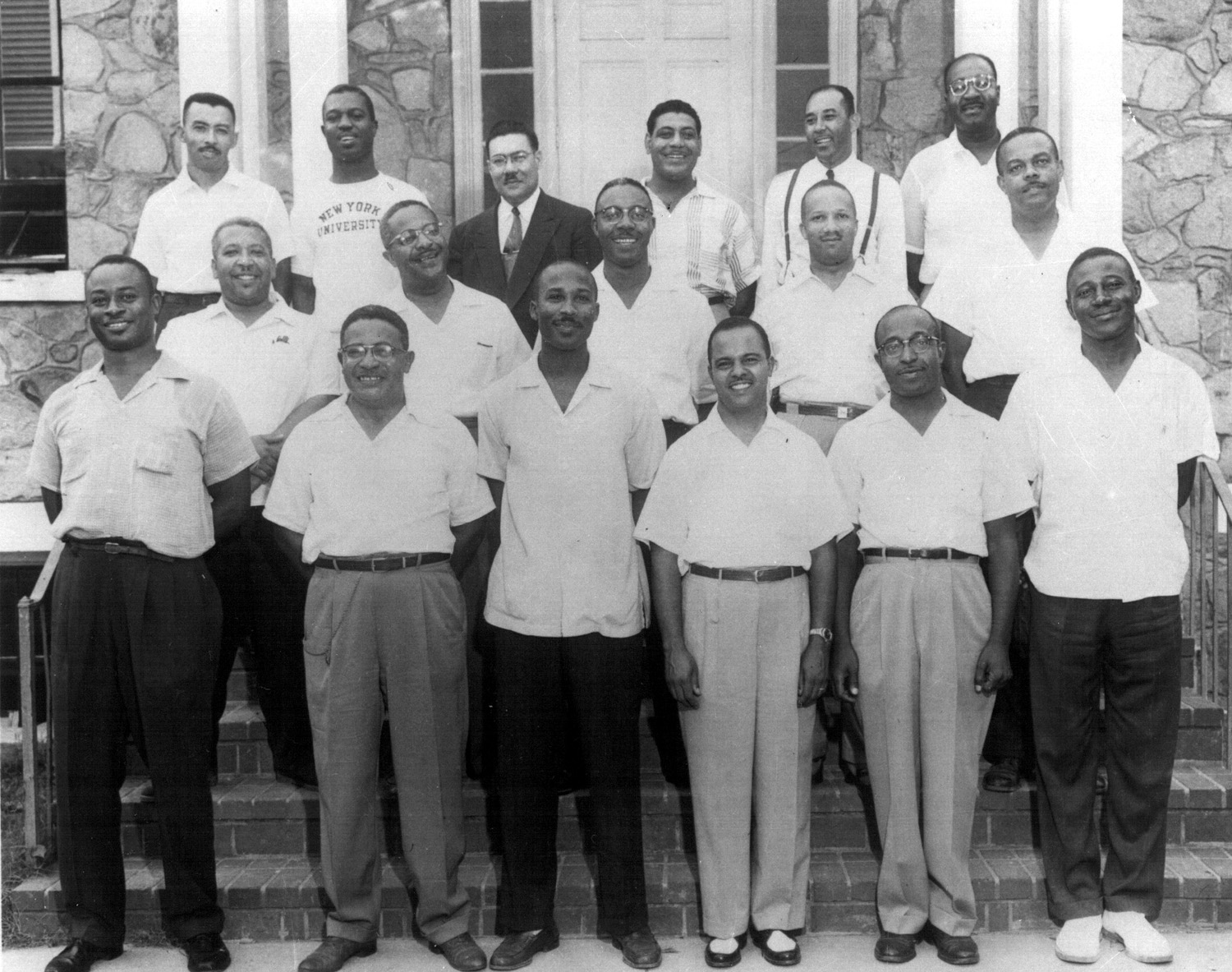 A B-1 Band veterans' reunion, in front of the building, view east, 1954 (image via b1band.org)
The B-1 Band completed construction of the building and returned the Center to the Town on October 24, 1945. At that time the Town hired Mr. & Mrs. Henry Edwards to reside in the building and serve as custodians. They also offered several recreational programs.
The first paid director of the Center, Lucille Caldwell, was hired in February 1951. Ms. Caldwell served for twelve years, resigning in 1963. She was the first African American professional recreation administrator in North Carolina.
In 1959, Cornelia S. Love donated $40,000 to build a swimming pool at the Center. The pool was completed in 1960 and dedicated to Mr. A. D. Clark.
On May 9, 1960, Martin Luther King, Jr. gave a talk at the Center while visiting Chapel Hill. 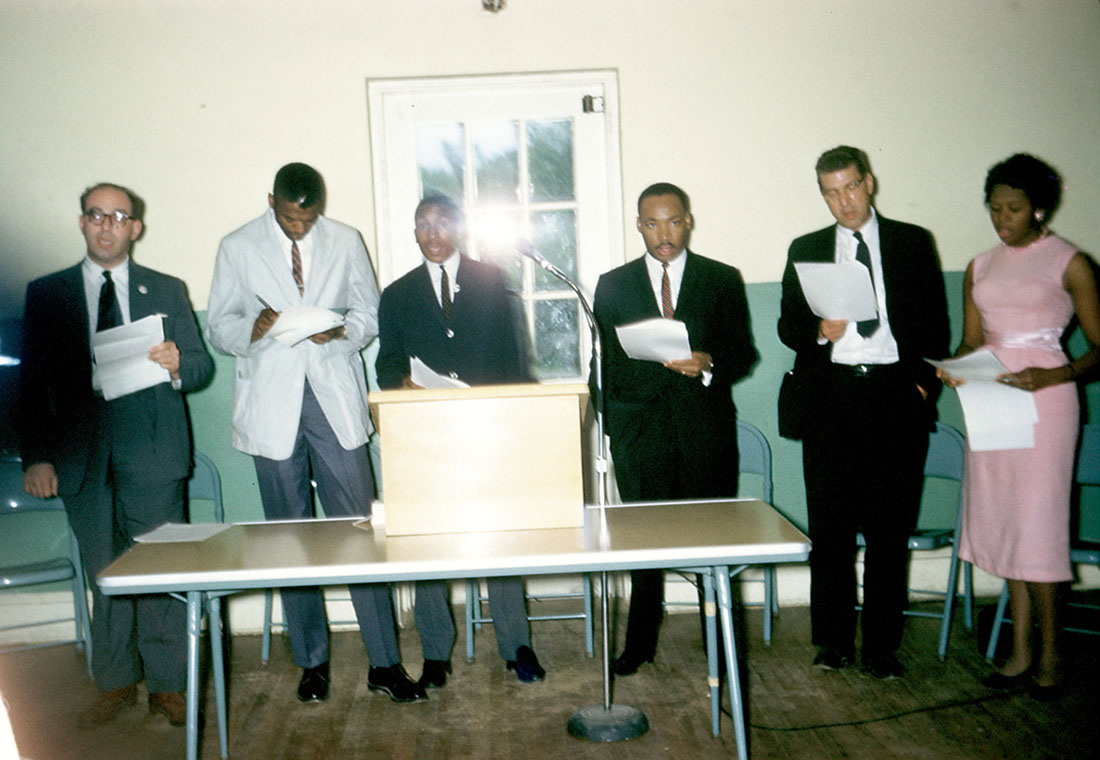 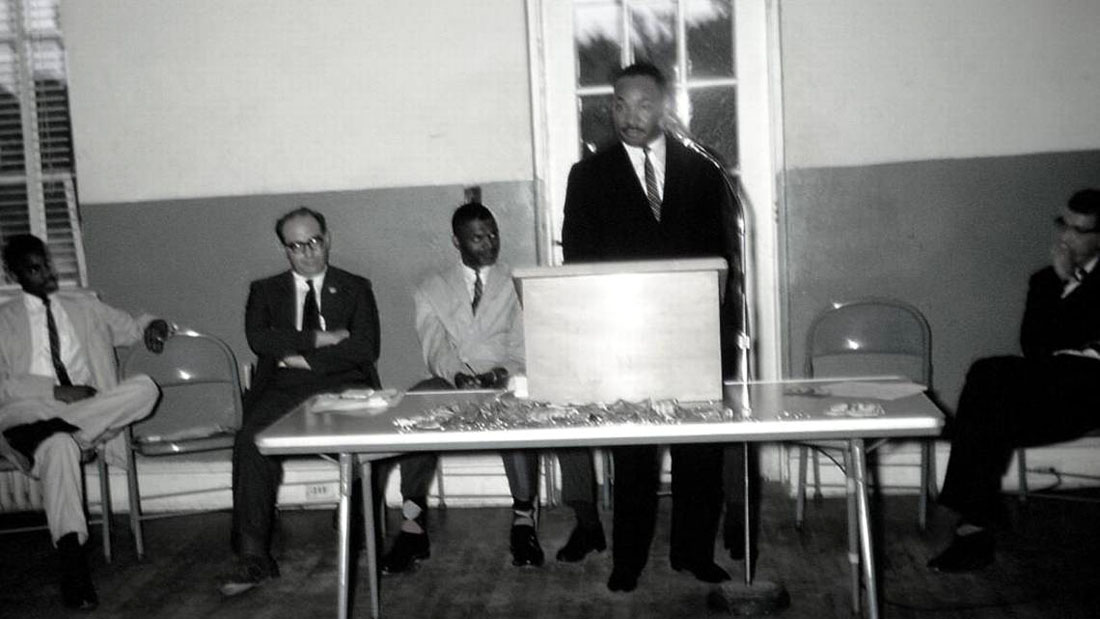 In 1978, the Town acquired a tract of land south of the Center which was used to build three tennis courts. The original Center building was renovated and enlarged in 1980 with the addition of a 1,500 square foot auditorium. The gymnasium was built in 1997-1998, and opened to the public June 15, 1998. 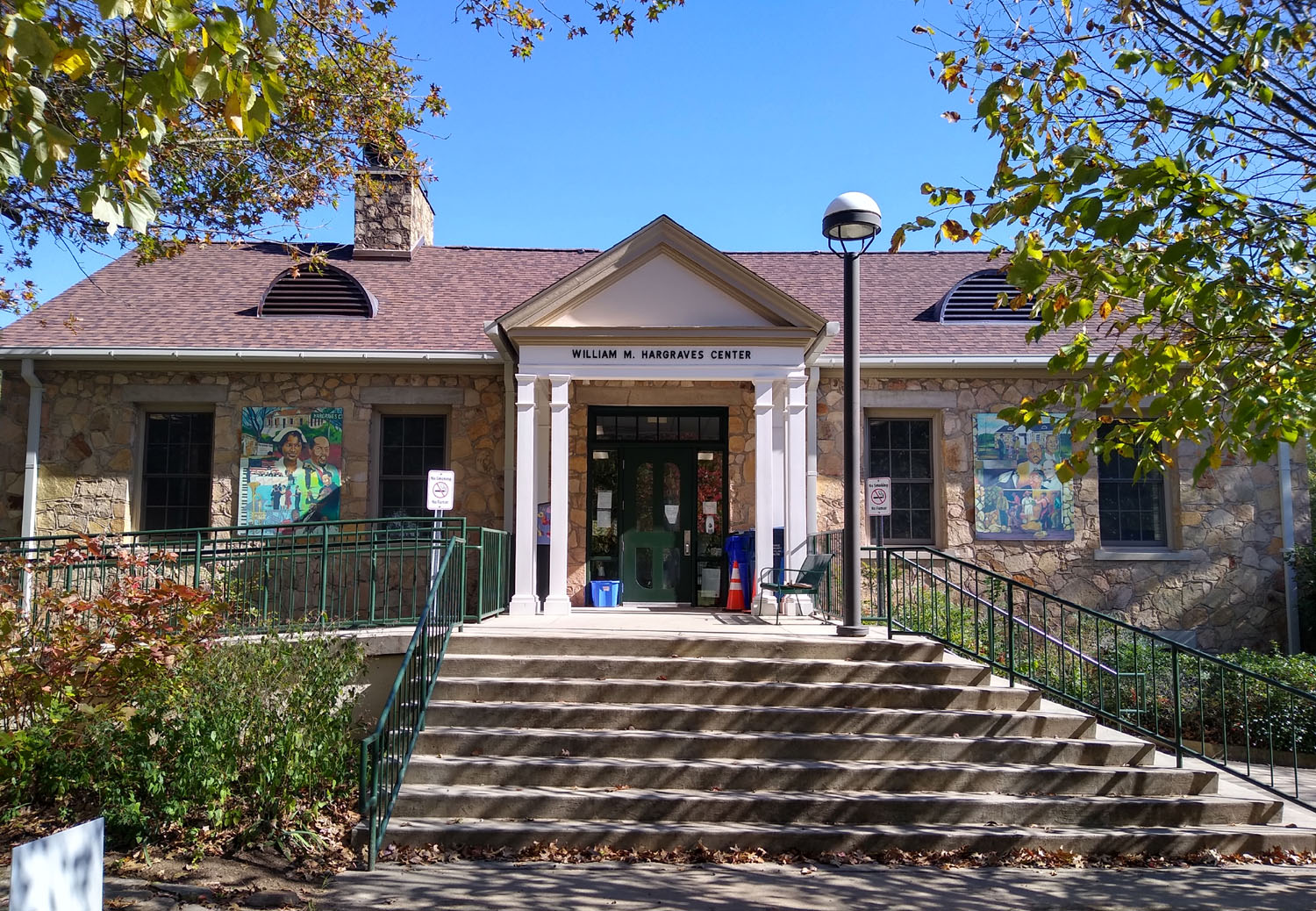 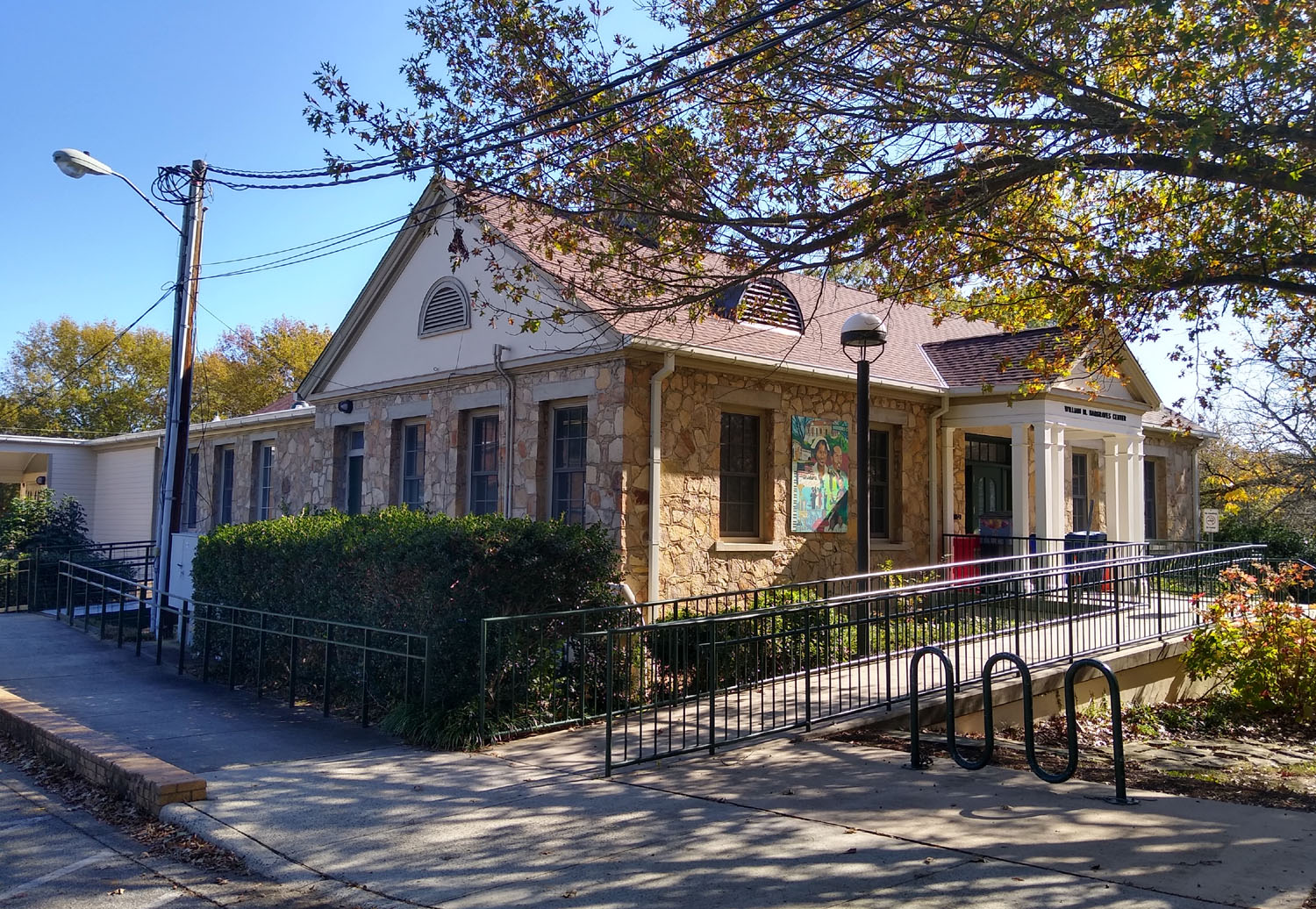 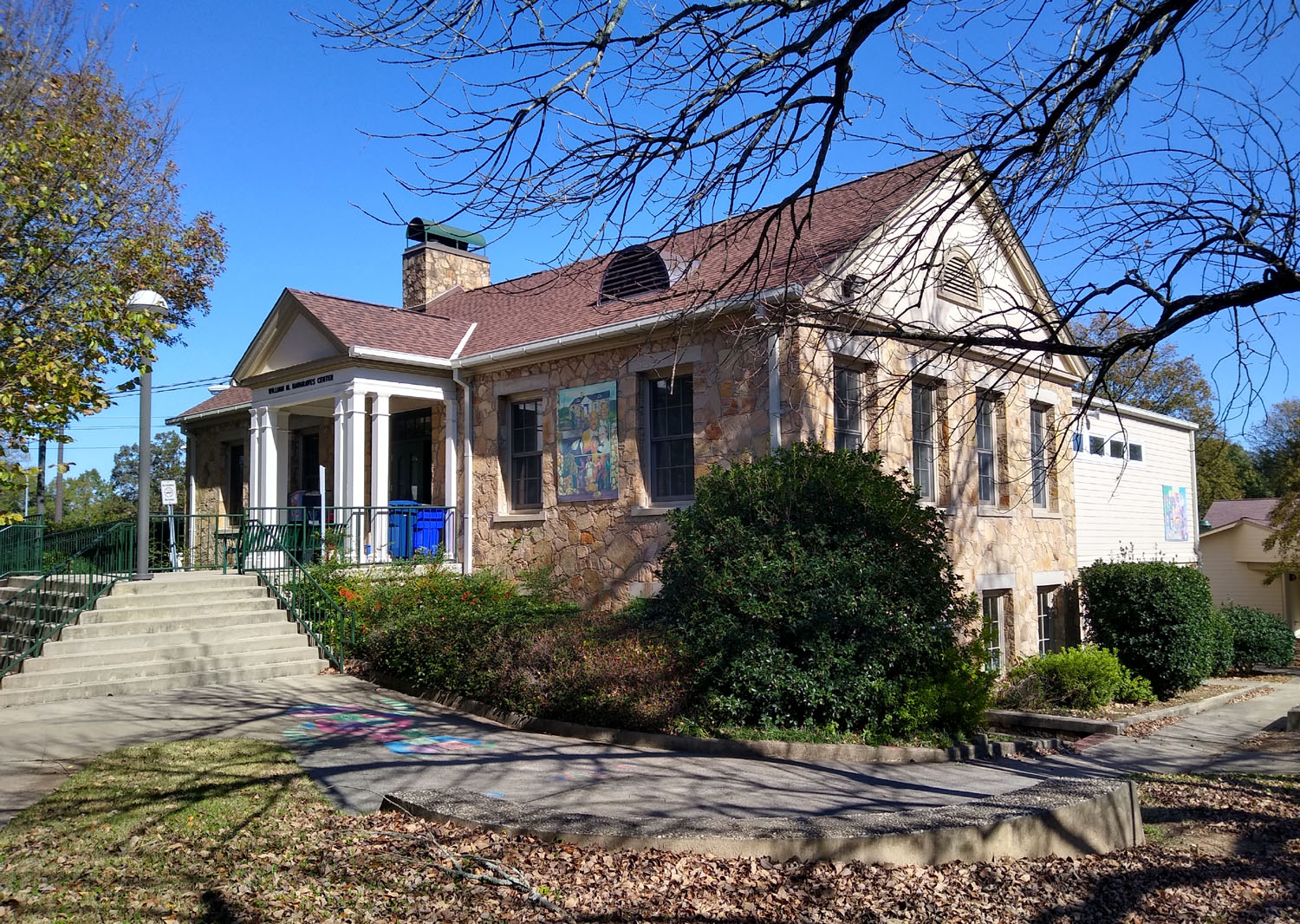