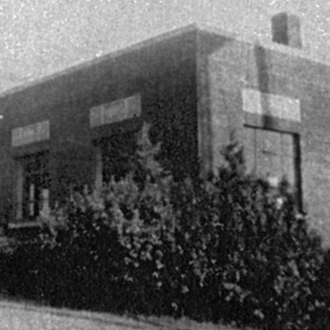 Beautiful little art deco building with a "1936" medallion above the door. 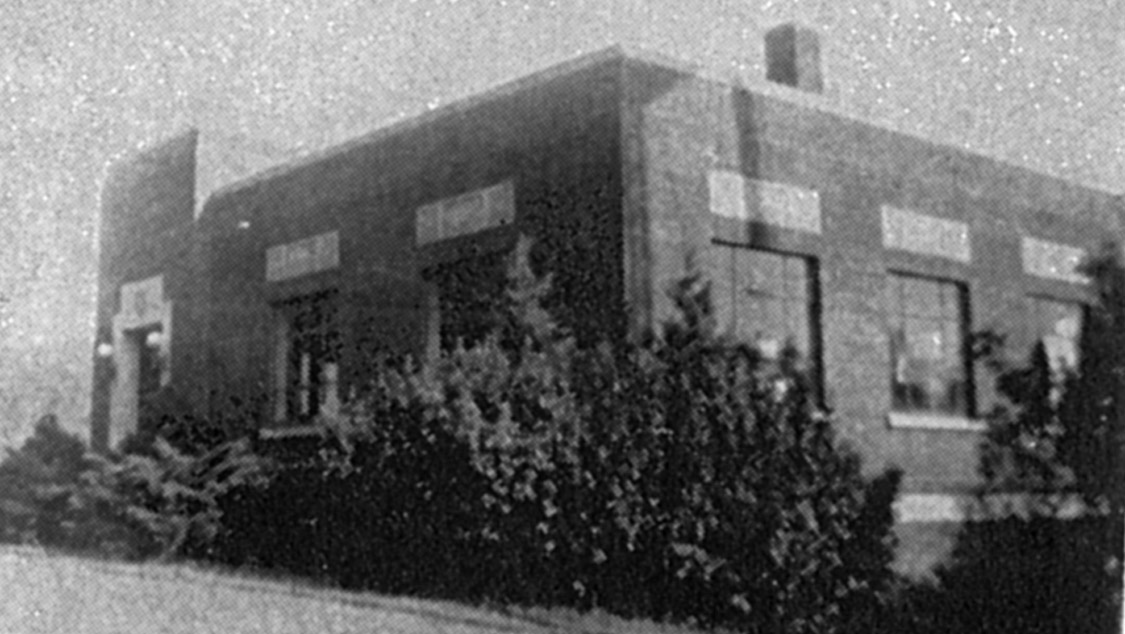 Hillsborough’s water treatment plant was built in 1936 by the J. B. McCrary Company (of Atlanta, GA), with funding from the Emergency Relief Administration (ERA) and Public Works Administration (PWA), and utilizing local labor. The property the plant was built on was purchased by the Town of Hillsboro from J. M. and Hattie Oakley in March 1936, with part of its deed description as being on the "...south side of the Highway leading from Hillsboro to Dimocks Mill... ."

The 1936 water treatment plant was altered after the adjacent (to the east) 1970 water treatment plant was built. Its Worthington pumps in the lower floor were no longer used and were then removed; with the concrete filter tank on the rear of the main structure no longer used, the rear of the tank was removed and is currently used as storage (some of the gearing for the filter tank are still in place, however). Additionally, a structure was built atop the former filter tank, utilizing the tank as its foundation.
The main structure itself is a two-story, of brick construction, flat roofed structure built in the Art Deco/Moderne style, with elements of Georgian Revival and Romanesque Revival; oftentimes, government structures (particularly those built by the ERA or PWA in the 1930s and 1940s) mixed architectural styles without favoring one specific style or trend, even utilizing styles that went out of fashion many years or even decades before 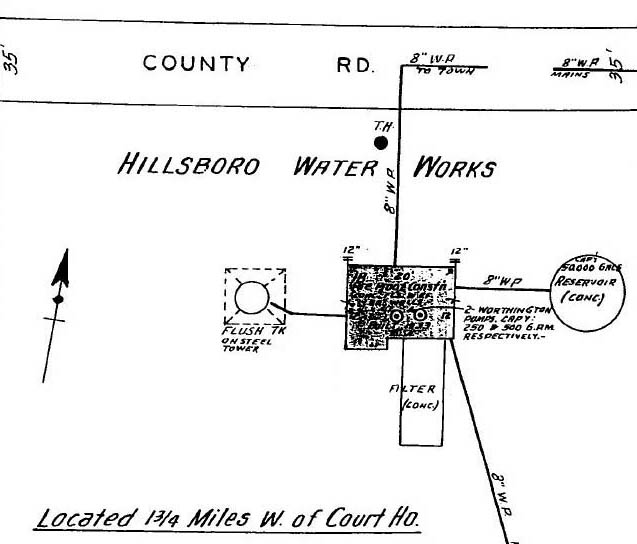 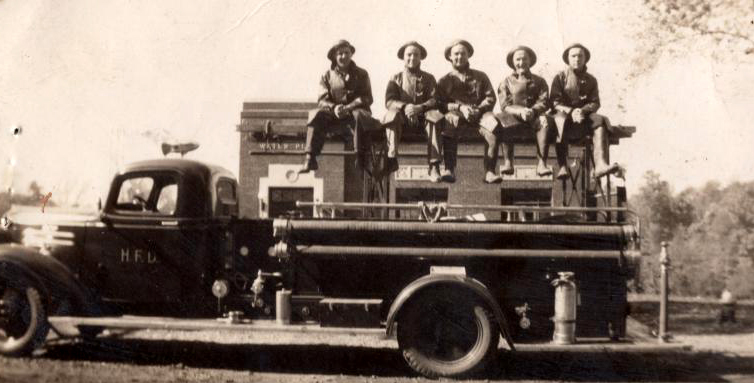 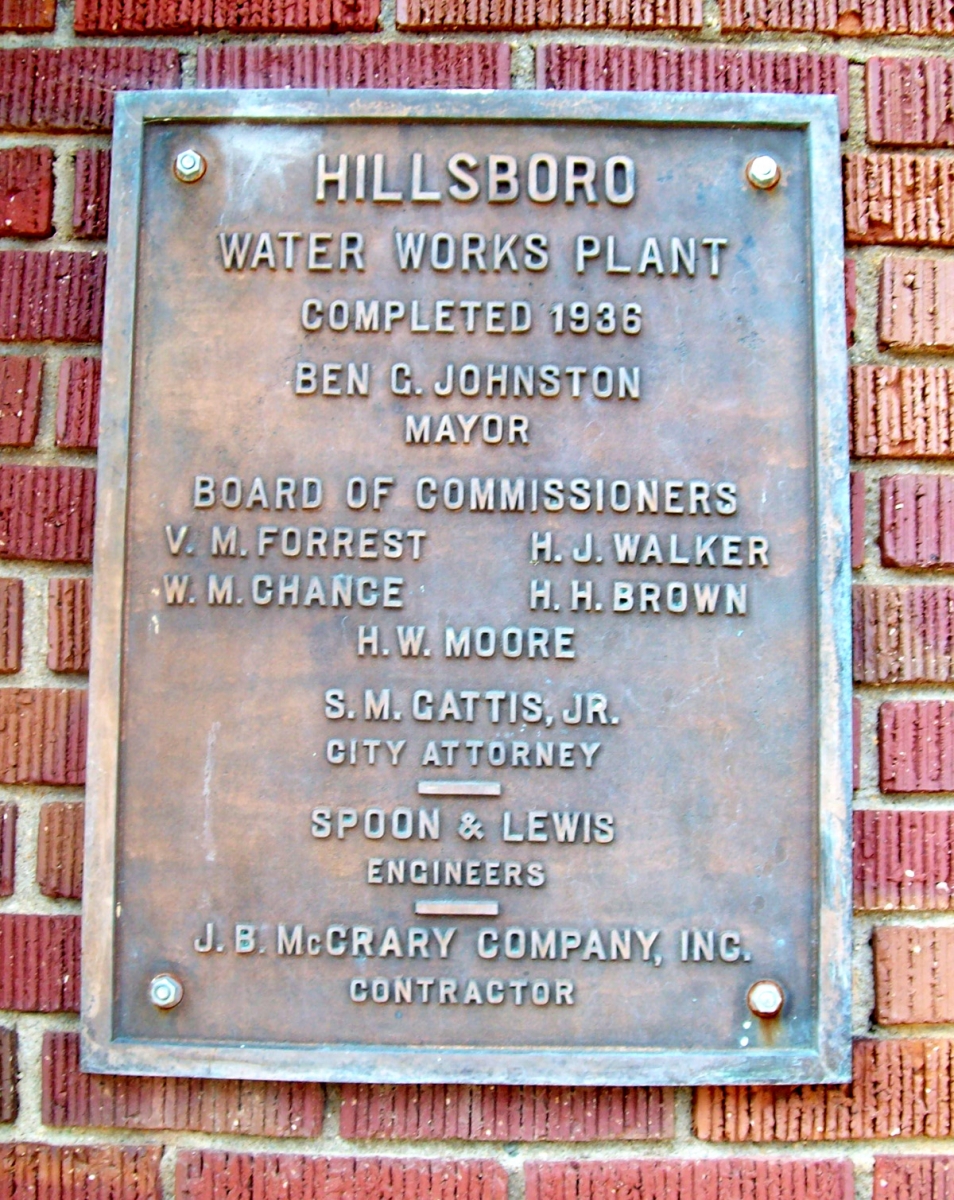 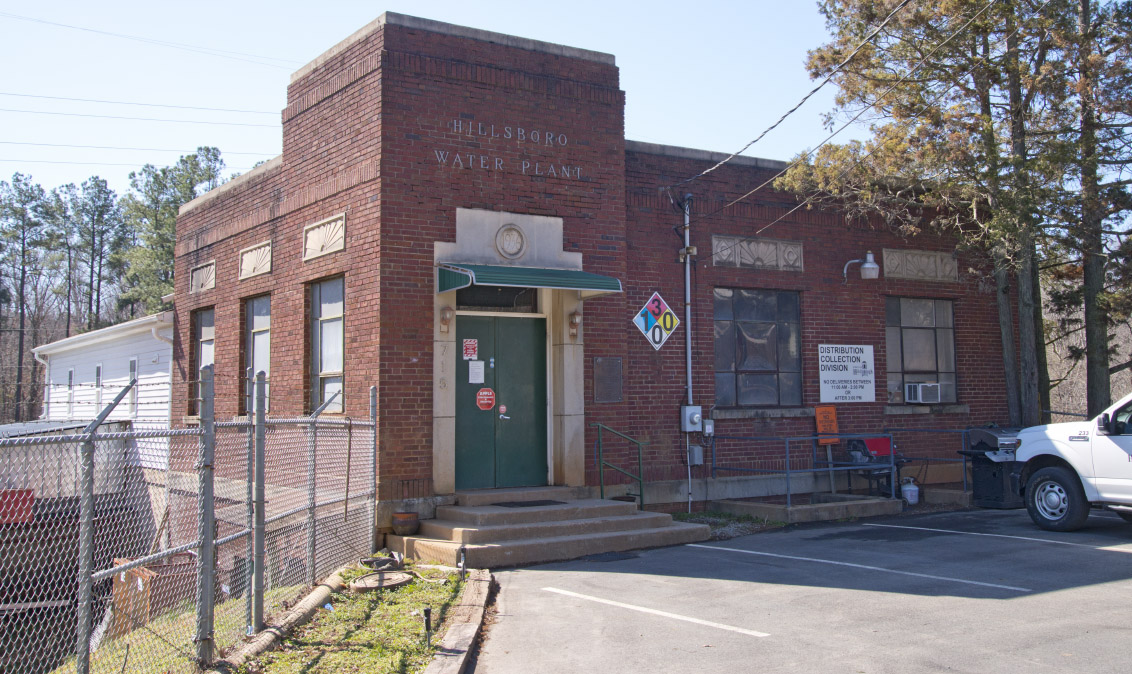 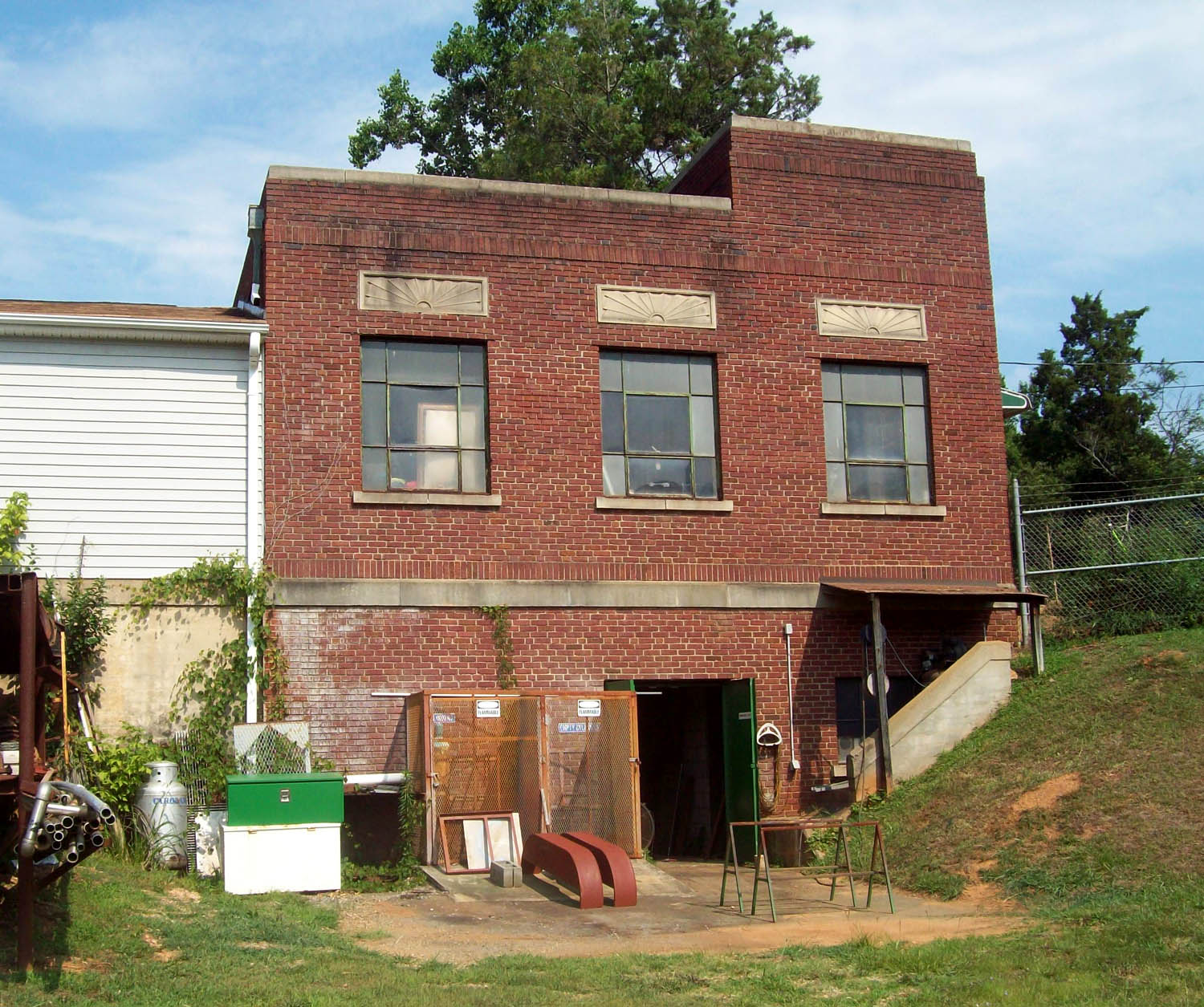 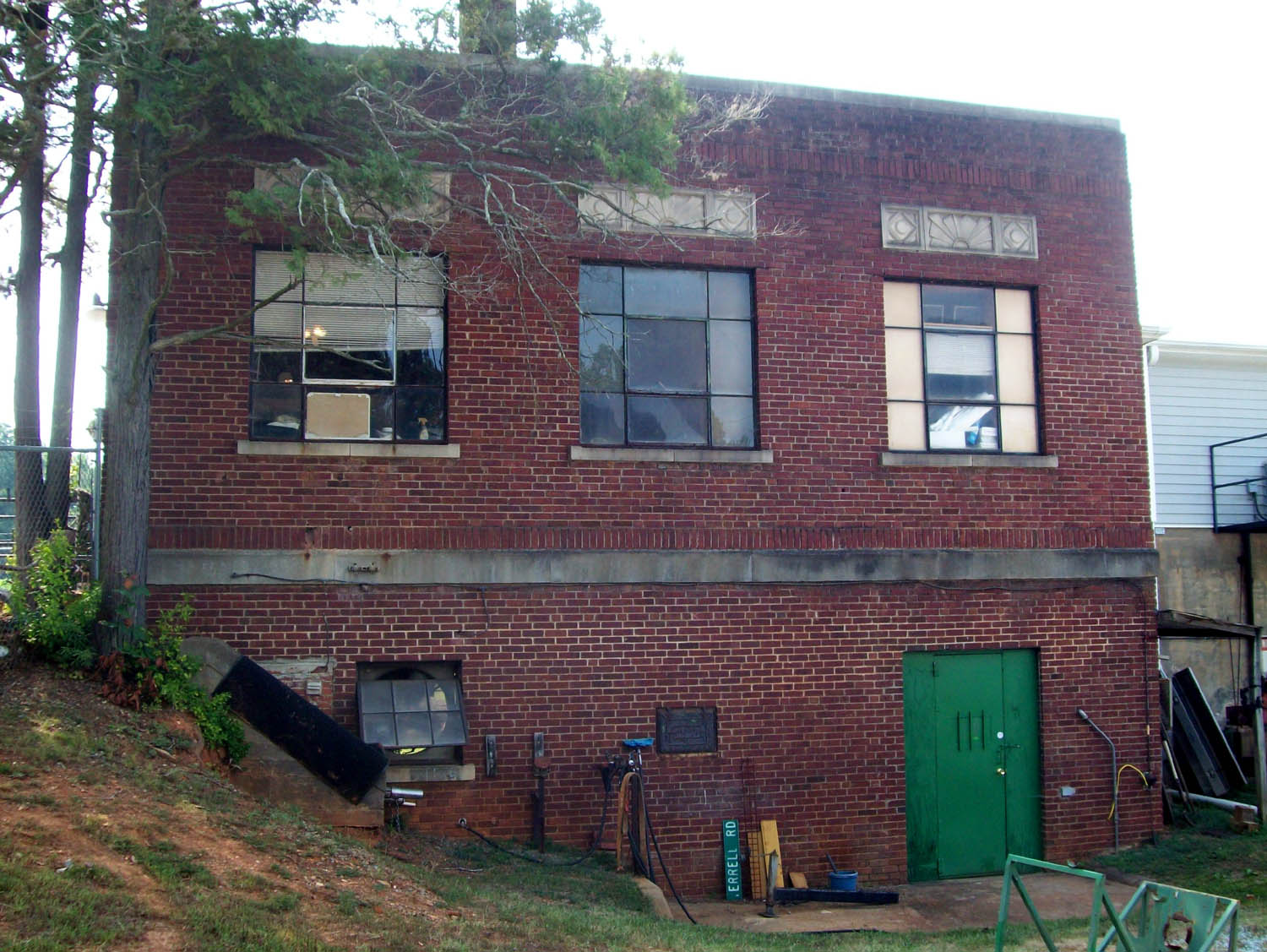 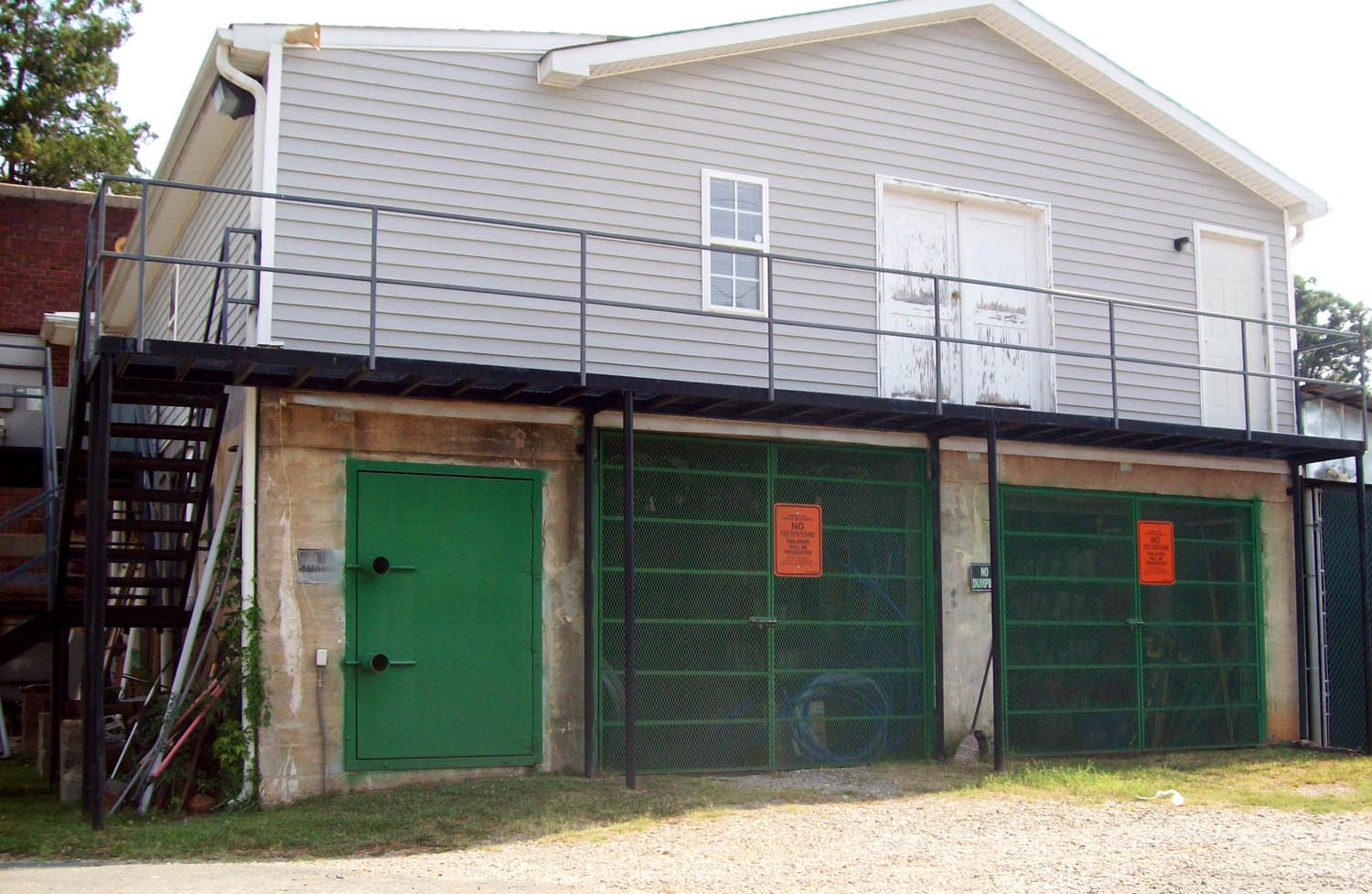 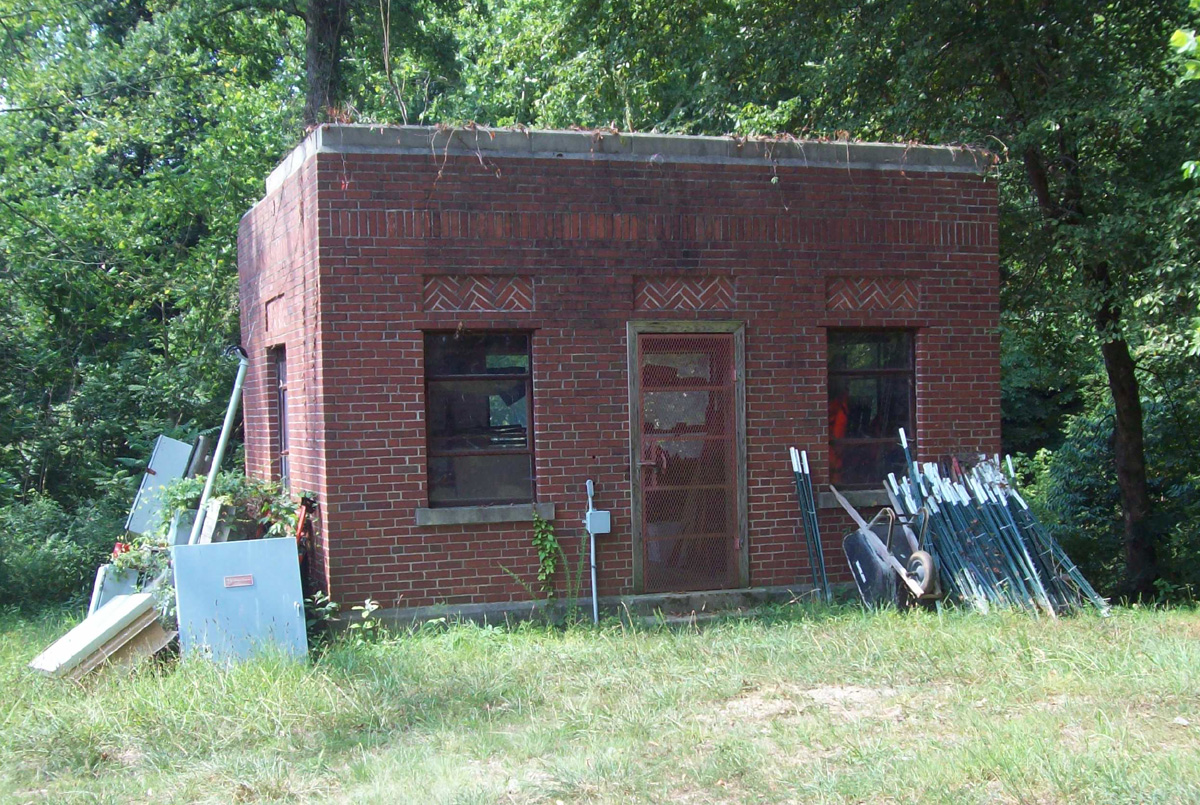 In 2016, the building was named the "Adron F. Thompson Water/Sewer Facility" in honor of a longtime employee/division director. The water treatment plant is still in operation as of 2020.