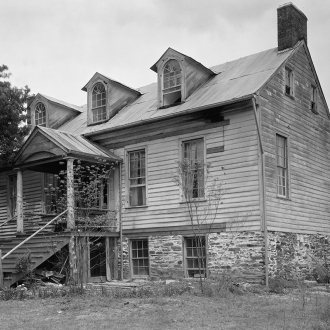 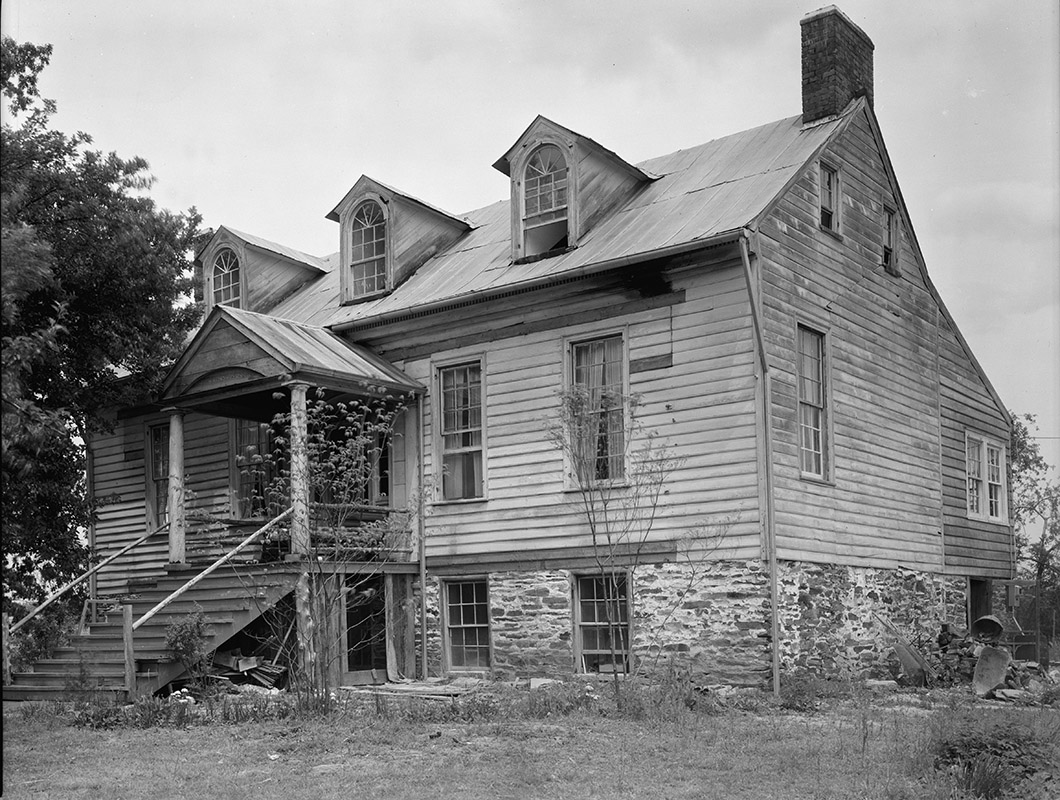 Catherine Bishir describes Lochiel as "a 1 1/2 story raised cottage with Federal style details and attributes the contruction to architect William Nichols (1780-1853), the state architect who designed St. Matthew's church and the Masonic Hall in Hillsborough.

Walker Anderson moved to Hillsborough in 1818 with his mother Mary Reid Cameron Anderson, sister of Duncan Cameron, and his brother Walker Anderson. They lived at a house his mother completed on West Tryon Street

In 1825, Walker married Phoebe Hawks and bought 205 acres "about a mile northwest of town" on which he built an impressive home called he called Lochiel, after the Scotland home of the Clan Cameron. Jean Anderson describes Lochiel as "a two-story frame structure over a stone English basement that contained the dining room and kitchen. The high front steps gave entrance to a central hall with a parlor on the left, which had especially fine woodwork and alcoves flanking a fireplace like those in the [Ruffin-Roulhac House]."

In 1830, Walker Anderson established a girl's boarding school at Lochiel, assisted by his wife Phoebe.

In 1831 there were seventeen boarders, 11 sleeping downstairs and 6 upstairs. Walker's brother William taught at Lochiel as well, and their aunt Nancy Call Cameron taught music.

FEMALE BOARDING SCHOOL, 1836.
The duties of the School at Lochiel near Hillsborough, will be resumed on the 23d January. The Subscriber intends affording to his Pupils every facility of acquiring an Education of the highest character, both solid and useful, as well as ornamental. The better to accomplish this object, his number will be strictly limited; and he also designs procuring the services of an able female Assistant from the North.
The Pupils of the School are treated in every respect as members of a private family, and while their intellectual improvement is sedulously attended to, a high regard is paid to the cultivation of their morals and their manners. Having now had some years experience in Teaching, the Subscriber feels confident of being able to place his School on a footing with the best Institutions for Female Education in the country. The situation of the School, a mile from Hillsborough, is one combining every advantage of retirement and health.
TERMS are $85 per Session; which includes Board, Tuition and Books. Music and Painting are separate charges.
Hillsboro', Dec. 1, 1836.
The Star and Standard will publish the foregoing, until countermanded ; and the following papers will insert it for 6 weeks each; viz: Newbern Spectator, Fayetteville Observer, Tarboro' Press, Edenton Gazette, Warrenton Reporter, and Carolina Watchman. Bills to be sent to this Office. William E. Anderson.
(Source: North Carolina Schools and Academies 1790-1840, by Charles L. Coon, 1915)

Evidently this term didn't work out that well, as that same year, Anderson's family, including his mother, moved to Pensacola, Florida. Lochiel was sold to William H. Whitted in 1839. Whitted sold the house in 1850.

Below from the Hillsborough Recorder, 30 Jan 1850 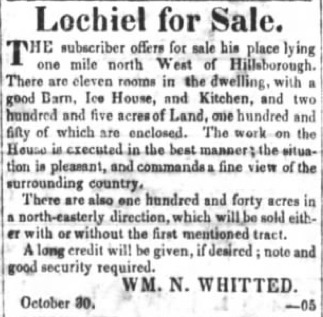 "We note in recent Pensacola, Florida papers the death of Mrs. Jeanie Cameron Davidson, wife of Wm. H. Davidson, Esq. of Pensacola and daughter of the late Hon Walker Anderson, Chief Justice of the Supreme Court of Florida and his wife Phebe Hawks. Mrs. Davidson was born at 'Lochiel' near Hillsboro, N.C. fifty-nine years ago and was closely related to the Cameron, Hawks, and Anderson families of this state." 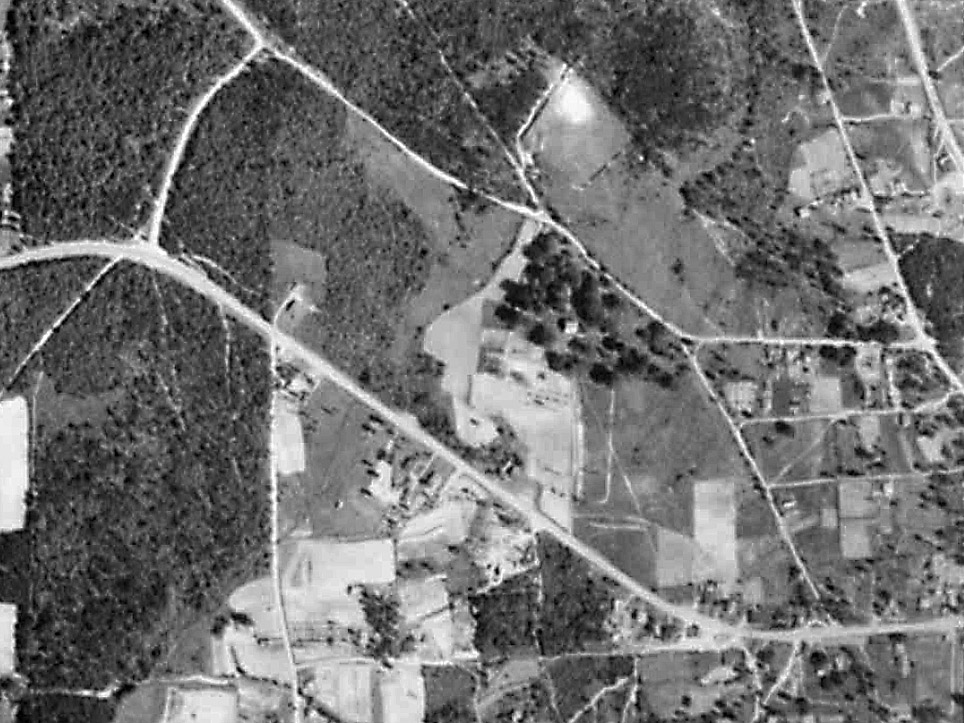 1938 aerial. Lochiel is at the center, with trees surrounding it. The road passing in front of the property exists in pieces now - if you look on a modern satellite map, there existed a connection between Hill St./Rainey Ave. (the fork just to the northwest of the house in the above aerial) and the stub of Cedar Grove Road which T's into West Corbin Street. 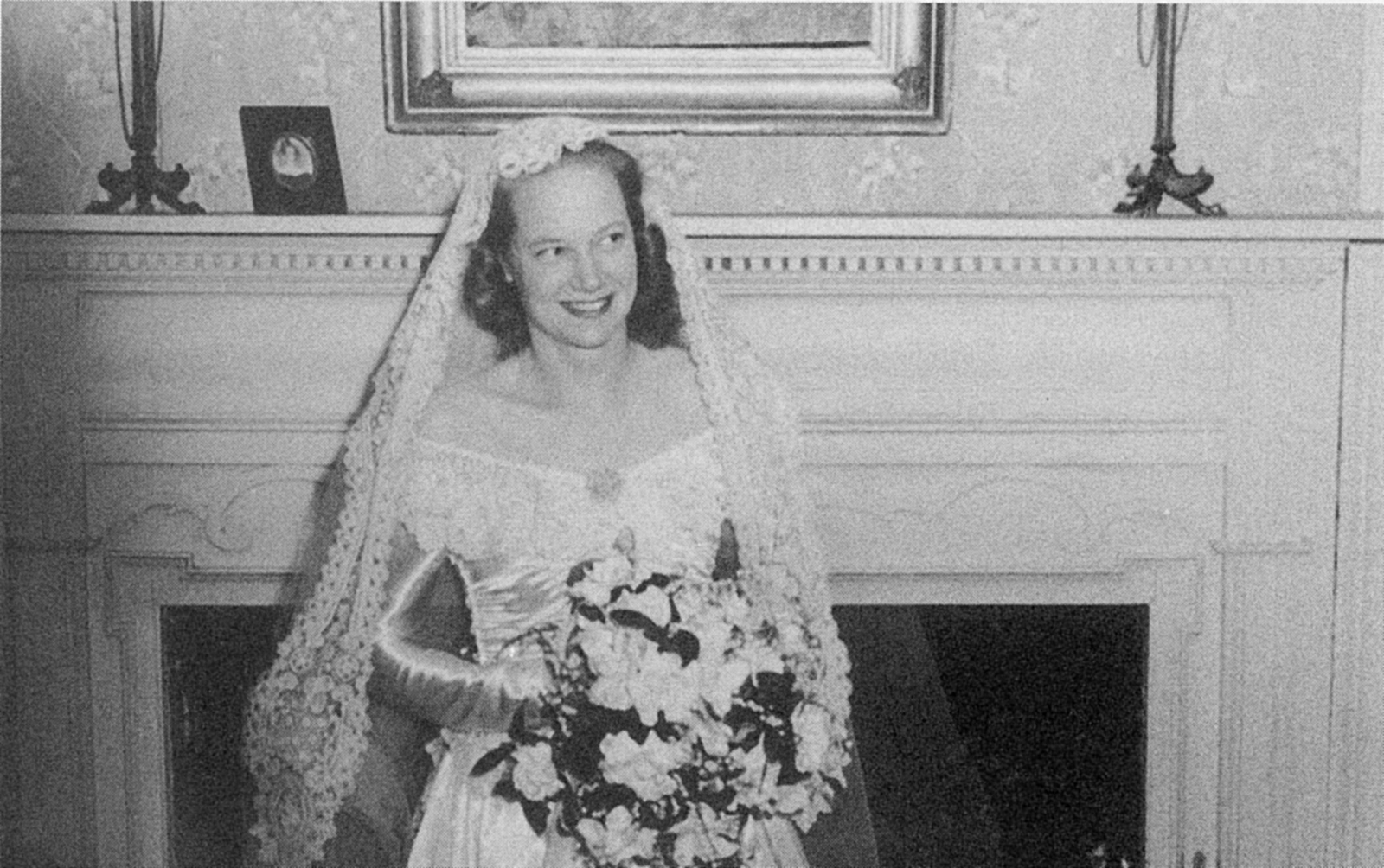 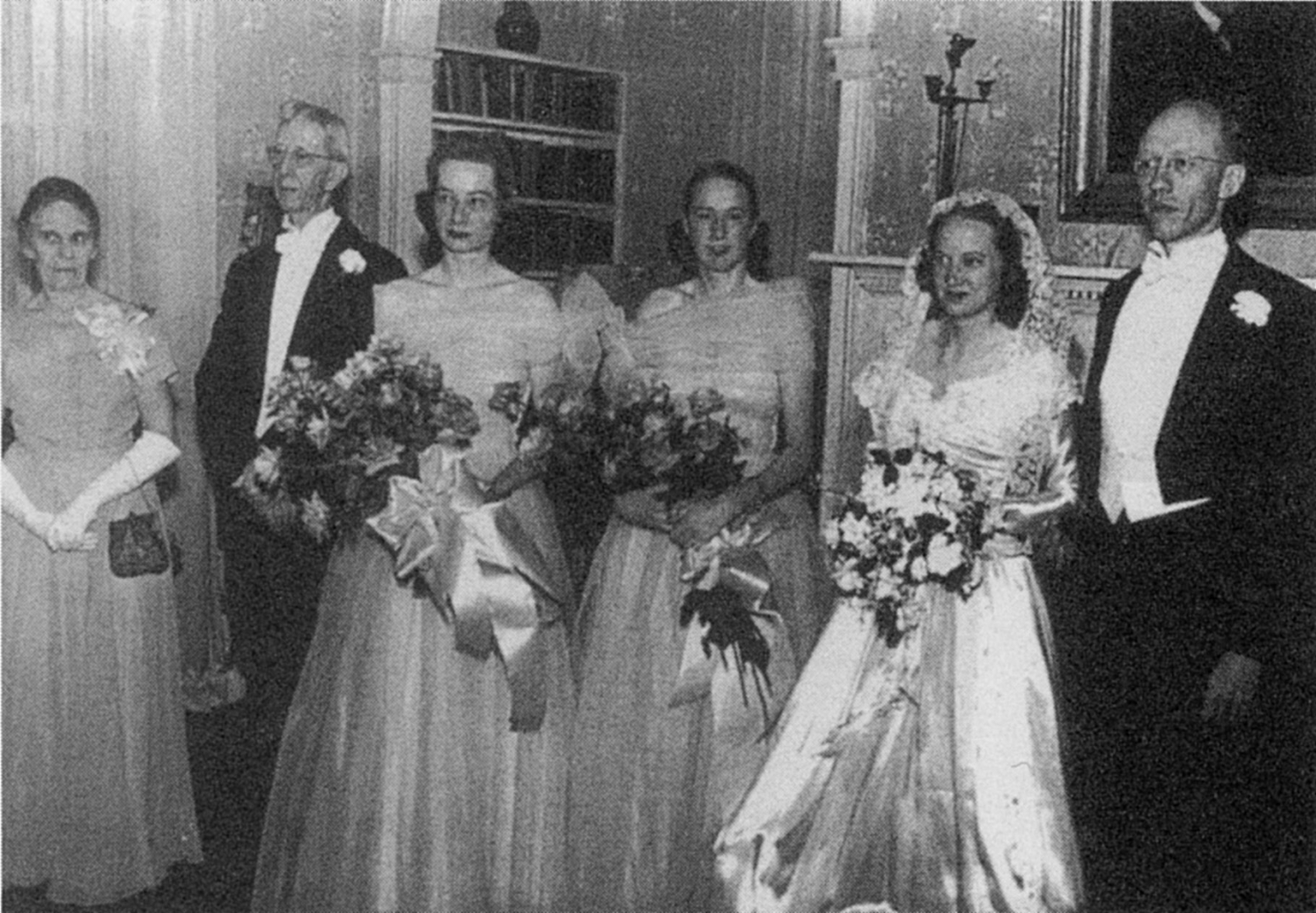 It stood on a prominence in the Fairview section of north Hillsborough, and the old Benton Mill Road (sometimes called Hartford Road) ran through the property. 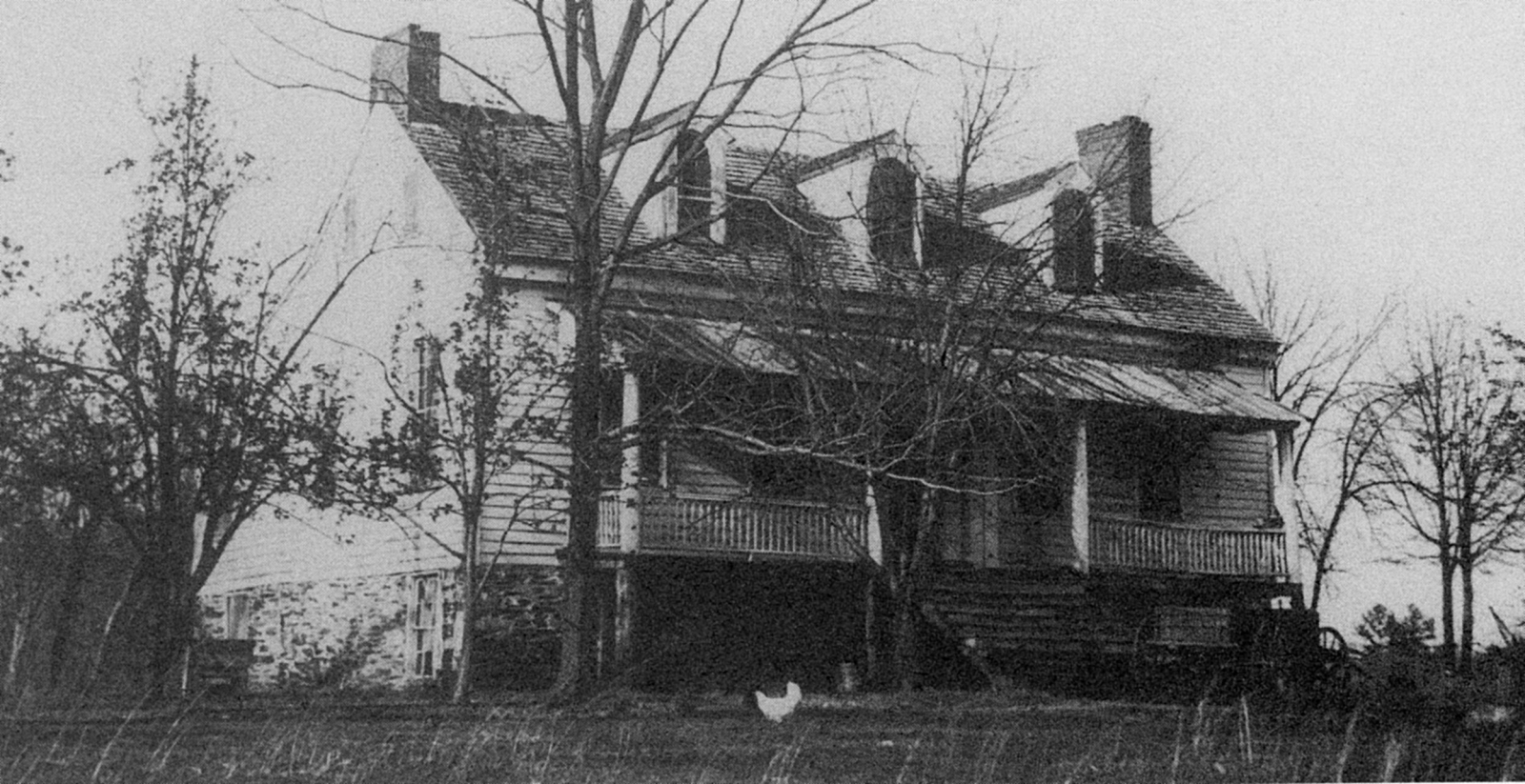 Lochiel burned and was destroyed by said fire in 1951.