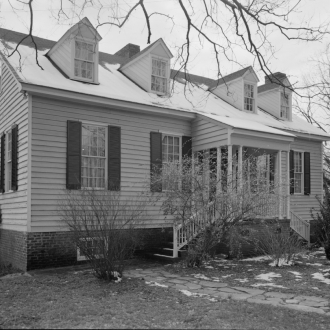 Built in 1823 for Peter Mallett, the house at 173 W. Margaret Ln. is an unusual Federal style house with a lateral hall plan. 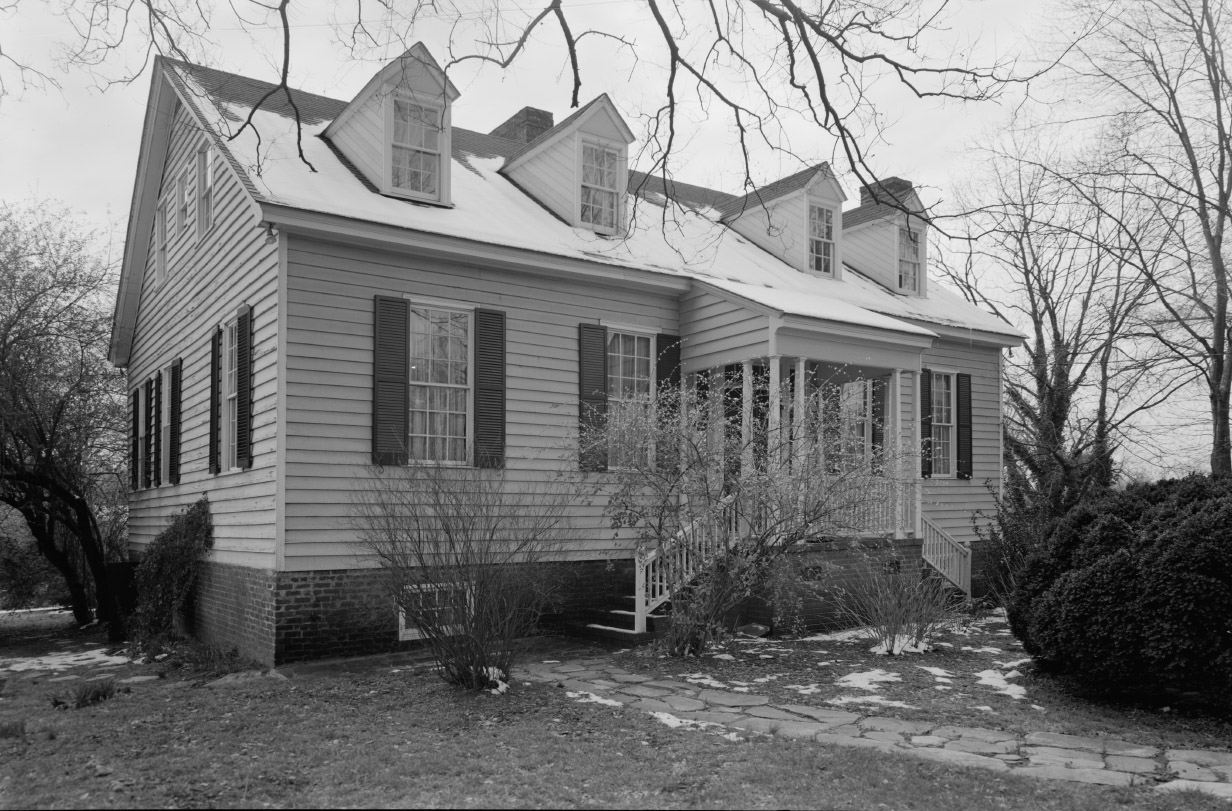 "The Patterson-Palmer house, built before 1800, architecturally resembles the Williamsburg houses. Its interior is spacious and elegant with an unusual lateral wall. The lot, located at 173 W. Margaret Lane, was originally purchased by Francis Nash. It is believed that Peter Mallett and William Watters, later owners, contributed to the house much of its present form. The house, which appears to be of a single period, was restored in 1960-61. However, the front and back porches may differ from the originals."

From the National Regsiter nomination:

"Together with Ayr Mount, this Federal-style house is one of only two houses in Hillsborough with a lateral hall plan. The one-and-a-half-story, side-gabled house is five bays wide and double-pile with four gabled dormers on the façade and four on the rear (south) elevation. The building has a tall brick basement with raised eight-light windows, an interior brick chimney, an exterior brick chimney in the right (west) gable that is laid in a one-to-five common bond, and a slender exterior brick chimney at the left rear (southeast). The house has plain weatherboards, vinyl siding on the dormers, nine-over-nine wood-sash windows, and six-over-six windows in the gables and dormers, all with molded surrounds. The double-leaf entrance is flanked by three- over-three double-hung window that act as sidelights and has a four-light transom. The entrance is sheltered by a shed-roofed porch supported by tapered wood posts. A shed-roofed porch at the left rear (southeast) is supported by square posts.

The first evidence of a structure on Lot 19 appears in 1823 when the Peter Mallett heirs deeded their interests to their sister, Caroline Mary Mallett Walker, wife of Carleton Walker of the Cape Fear area. Apparently the present house was built for this couple in 1823. Caroline Mary Walker sold the property by way of a deed of trust to James M. Palmer in 1846. Palmer, who was bankrupt, gave up the house in 1863. A succession of owners followed, one of whom was Tom Haise, or Hayes, who kept a shoemaker's shop at the house. In 1960-1961, Mrs. Erle Hill restored the house with the help of architect Archie Royal Davis. The restoration included replacing the roof and eight dormers, rebuilding the front portico, and replacing the shutters and weatherboarding, as well as restoring the interior to its original configuration. A one-and-a-half- story, dwelling with near-full-width porch appears on the 1894 Sanborn map, the earliest map to record this section of town, but there is no above-ground evidence of it today. Two mills, a mill-seat, and a mill-race once stood behind the house on the Eno River." 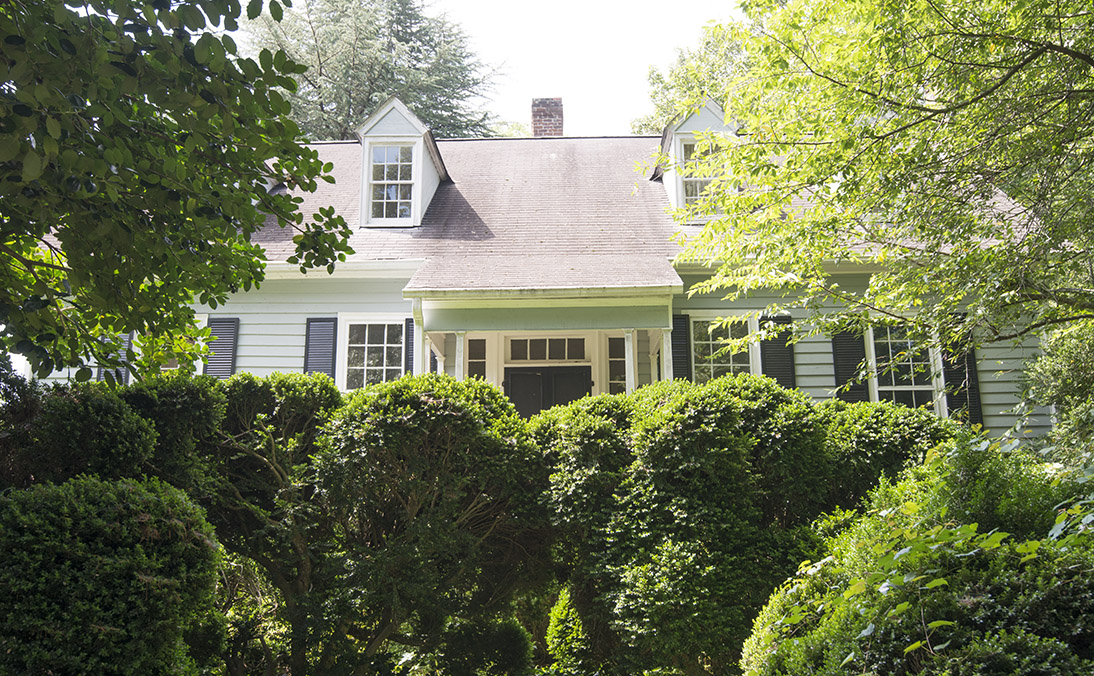 This charming property has had many owners. General Francis Nash originally bought the lot in 1768, and agreed to build a "Mansion House" on it. Ten years later, after his death, James Patterson purchased it. Mr. Patterson had fought in the Revolution, and was one of nine men, members of the Orange Horse Company, who guarded the Treasury when it was moved from Hillsborough to Fayetteville in 1789. After passing through several hands, the property was purchased by James Palmer, Postmaster of Hillsborough. It included the mills on the Eno River nearby.

Mr. and Mrs. W. A. Lloyd, who became owners about a hundred years ago, had much to do with the development of the garden. Mrs. Lloyd took special delight in her vegetables. The garden was on the east side at the back, where a southern exposure and good soil brought them to perfection.

The front of the garden was beautiful in spring with flowering apples and dogwoods. Later, the Roses of Sharon came into bloom. There was a row of them on each side of the garden.

The front path was of flagstones, wide enough to allow two people to walk together, with a flourishing boxwood on each side. Some years later, the flagstones had disappeared completely, and the triumphant boxwoods had joined forces to make one huge box bush in the center, with walkways on each side.

The flower borders on the west were bright with color. Poppies, iris, English cowslips (both yellow and reel) tulips, forget-me-nots, sweet Williams, oxalis, chrysanthemums, morning-glories, and many -other flowers bloomed there. Near the walnut tree was the rock garden of stones taken from the bed of the Eno River. Two beautiful old apple trees ("sweet apples" and "horse apples") formed a background here.

On the east side, at the front, were borders gay with flowers, blooming shrubs, and old roses.

Mrs. Lloyd was "Queen of the Garden" and there were always many friends "coming by" to enjoy it.