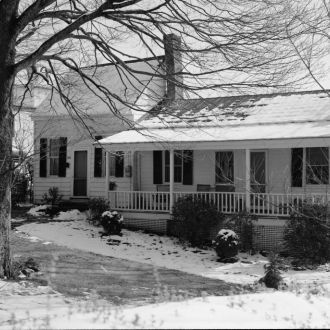 Despite the name, the law office was built by lawyer Duncan Cameron between 1801 and 1807. It was later used as part of the Nash and Kollock school, which was mainly located in the adjacent former home of Francis Nash, which was demolished in the 1940s. 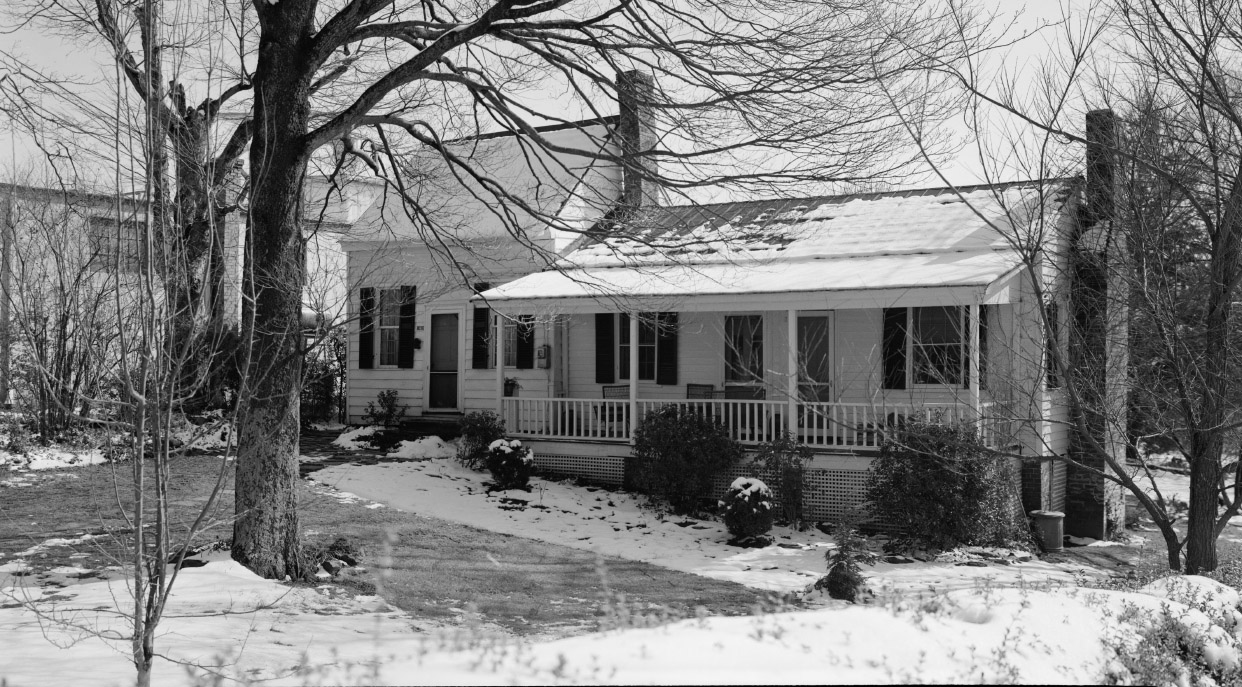 Simple in form, but rich in history, the Nash Law Office is a one-story, three-bay-wide, side-gabled Federal-style building. It has plain weatherboards, nine-over-nine wood-sash windows, a six-panel door centered on the façade, a replacement metal roof, and an exterior end common-bond brick chimney in the right (west) gable. A c. 1863 addition to the right obscures the base of the chimney. This one-story, side-gabled wing is three bays wide and single-pile with plain weatherboards, six-over-six wood-sash windows, and a replacement metal roof. A two-light-over-two-panel door is centered on this wing and is sheltered by a full- width, shed-roofed porch supported by square posts on square bases with a wood railing. There is an exterior brick chimney in the right gable end of the c. 1863 wing.

The Nash Law Office was built between 1801 and 1807 by Duncan Lane Cameron, a young Virginia lawyer, who later became one of the wealthiest and most influential men in North Carolina. He purchased Lots 10 and 13 from James Webb and resold the property and lots 11, 14, and 15 to Frederick Nash, another young lawyer in 1807. The property included a dwelling house, law office, kitchen, washhouse, barn, and several other outbuildings. Frederick Nash was the son of Abner Nash, governor of North Carolina from 1780 to 1781, and nephew of Francis Nash, a revolutionary patriot. Frederick Nash graduated from Princeton in 1799, and represented both New Bern and Hillsborough in the North Carolina General Assembly. He also served as Judge of the Superior Court (1818-1826, 1836-1844), as Justice of the Supreme Court (1844-1852), and as Chief Justice of the North Carolina Supreme Court from 1852 until his death in 1858. Throughout his career, the Nash Law Office was used as a law school where notable men, such as Whig congressman Abner Rencher, read law under Judge Nash. After Nash's death his daughters, Sally and Maria, and their cousin Sara Kollock, opened the Nash and Kollock School for young ladies. In 1859, the former law office became the site for music lessons connected with the school. The one-story addition on the west was added around 1863 for additional practice rooms and a home for Sara Kollock. The Nash Law Office was used as a music studio until 1907 when Sarah Kollock died. The property then had several owners until the Hillsborough Historical Society purchased it in 1970. The Nash Law Office is the oldest law office in Hillsborough. A rear addition was approved by the Hillsborough Historic Districts Commission in 1999 and several outbuildings were approved in 2000, but they could not be recorded as none are visible from the street. 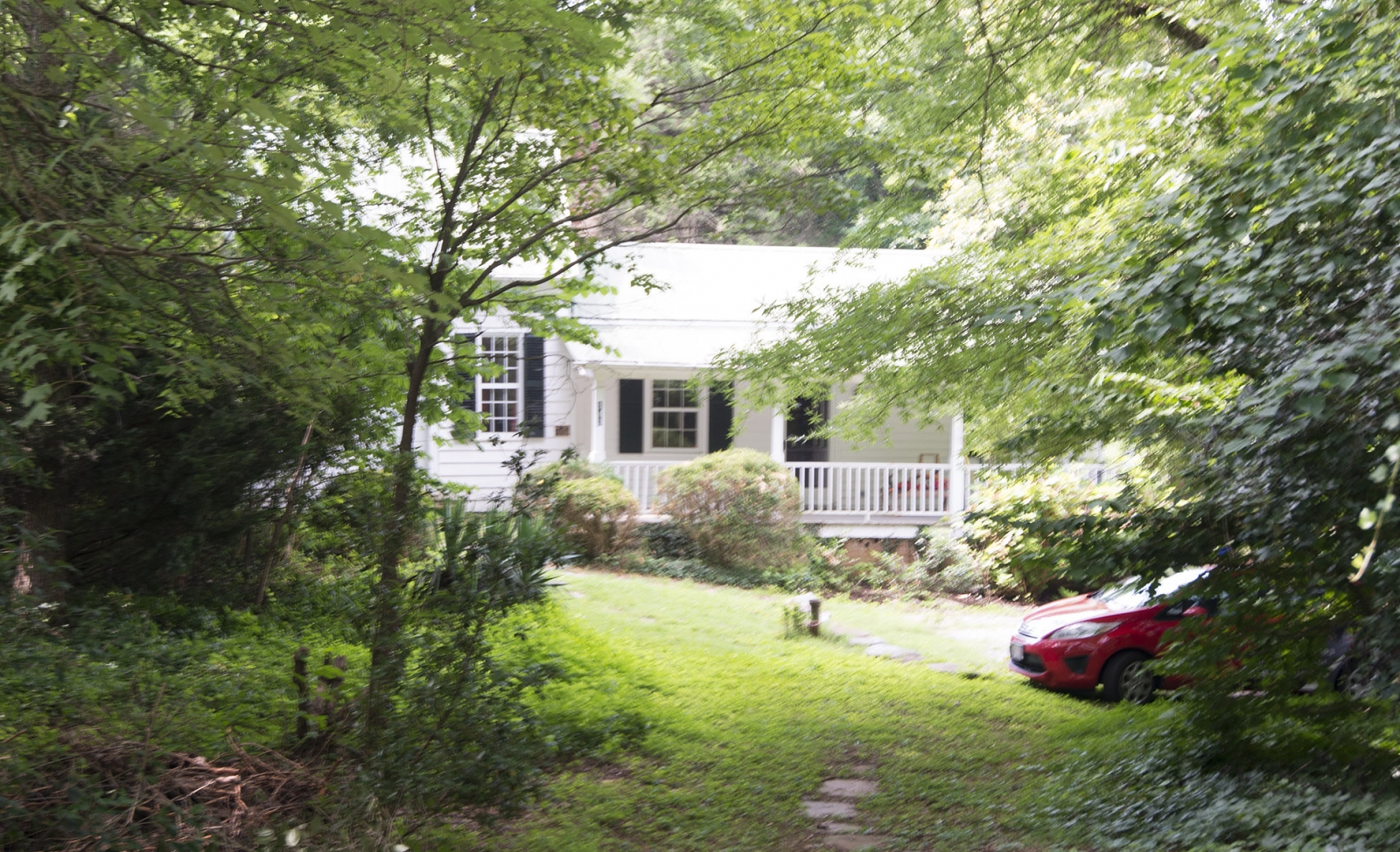 This small house is the only surviving portion of the Nash and Kollock School. The east wing is almost certainly a law office, following the traditional Hillsborough pattern. Built about 1801 by Duncan Cameron, who owned the property from 1801 to 1807, it was from 1807 to 1858 the law office of Chief Justice Frederick Nash. It has long been associated with one of the royal governors, perhaps Josiah Martin, but it seems more likely that the oldest, or east wing of Chief Justice Nash's house was the structure used by the official visitor. After the Chief Justice's death in 1859, the law office was called the "Studio," and music lessons were given there.

The two rooms to the west, added about 1863, are of simple construction, with a chimney in the west end.

Sauthier's map of Hillsborough, dated October 1768, shows on lot 10 a rectangular house, Rush with Margaret Lane, a barn, and a garden of four beds, all enclosed. The law office is not shown. A hedge row separates lot IO from lot 8. The house on the Sauthier map is of the precise shape and size, and in the exact spot where the east wing of Chief .Justice Nash's house stood and may be presumed to have been that wing.

The garden of the Nash and Kollock School ( 1859-1920) is described in Mrs. Frank Nash's "Ladies in the Making." When Francis Nash bought the lot from the Town Commissioners on May 3, 1776, a narrow lane on the south side of the lot led from Churton Street to the Mills, and was called Mill Lane. Lot 10 was on the south side of Spring Lane.

Mr. and Mrs. T. E. Lloyd bought the house in 1942. At that time no trace of the garden remained, and they developed, behind the house, a particularly charming secluded area. Several interesting old roses have survived the years. The Seven Sisters Rose is said to be over one hundred fifty years old.

Mr. Alexander Shepherd occupies the house at present [1971] and has continued restoration of both house and garden. The Nash Law office is now [1971] the property of the Hillsborough Historical Society.