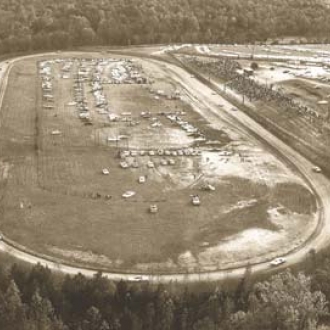 On the site of Julian Carr's horse track, Bill France built one of NASCAR's earliest venues. 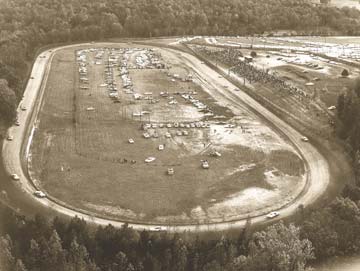 The 663-acre property that the track site is on was purchased by Julian S. Carr on April 25, 1891, and named Occoneechee Farm. Carr purchased the farm after he donated his former farm, "Blackwood's Park" (the site of present-day Duke East Campus in Durham; its most popular feature was perhaps the horse racetrack, which has become the East Campus Loop), to Trinity College. One of the features of Carr's Occoneechee Farm was a dirt horse racing track; this track later became the basic for the dirt automobile race track. 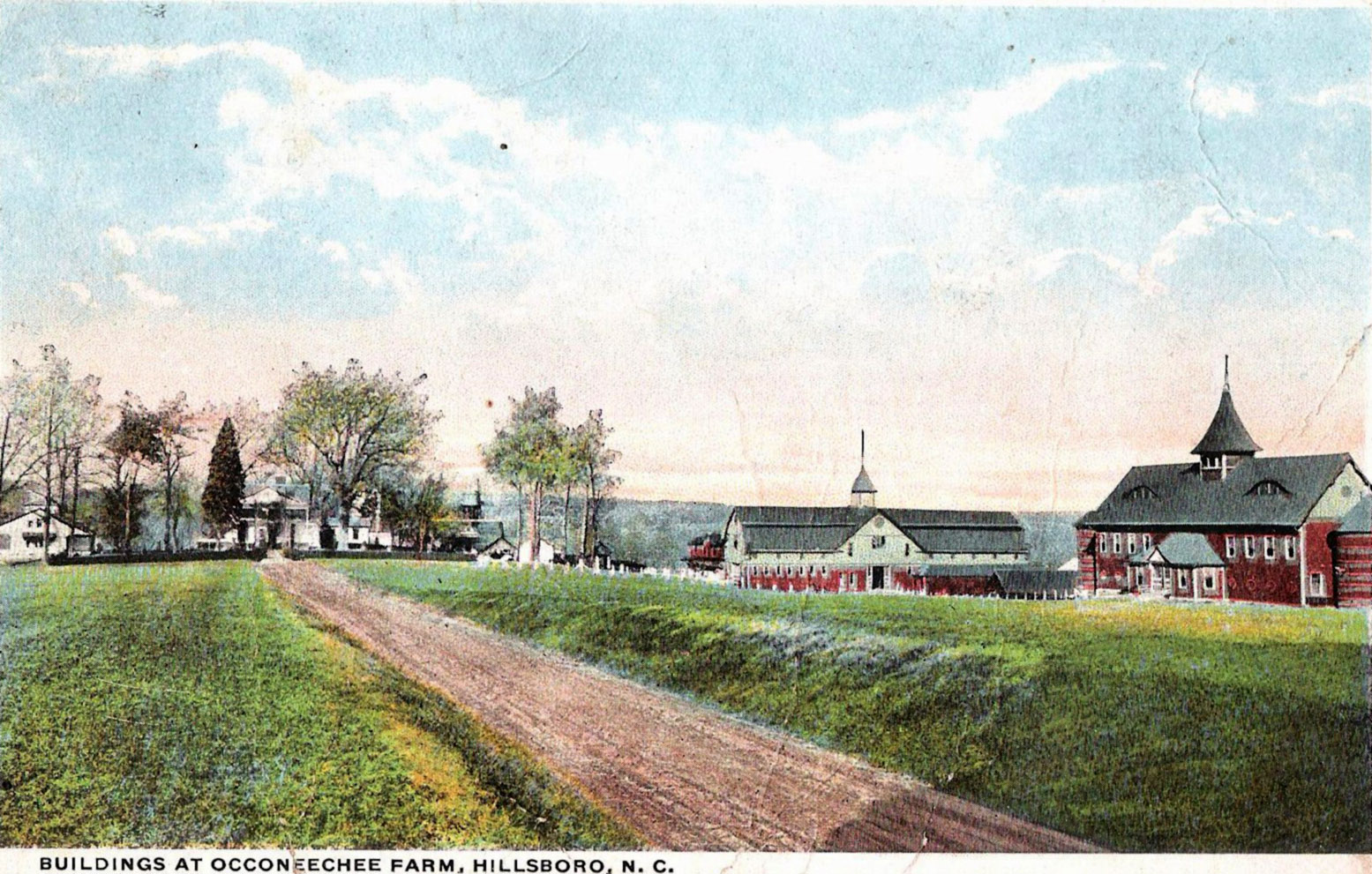 The farm suffered significant damage due to a tornado in 1919, and the farm business never recovered, so Carr decided to sell the farm as his health declined in the early 1920s.

Below, an aerial view of the then-subdivided farm in 1938. US-70 is the alternating black-and-white line at the bottom of the picture; the former horse track is located at the upper right. The second photo is of the track is in 1955, after it was enlarged (to the north) for automobile racing. 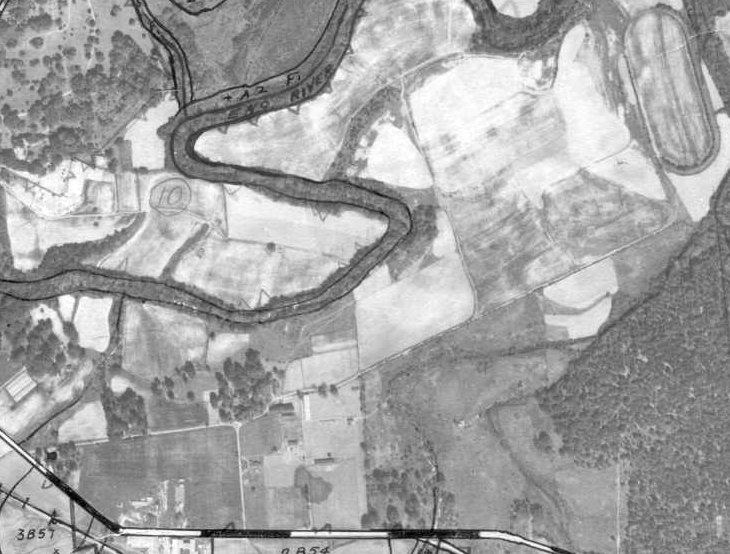 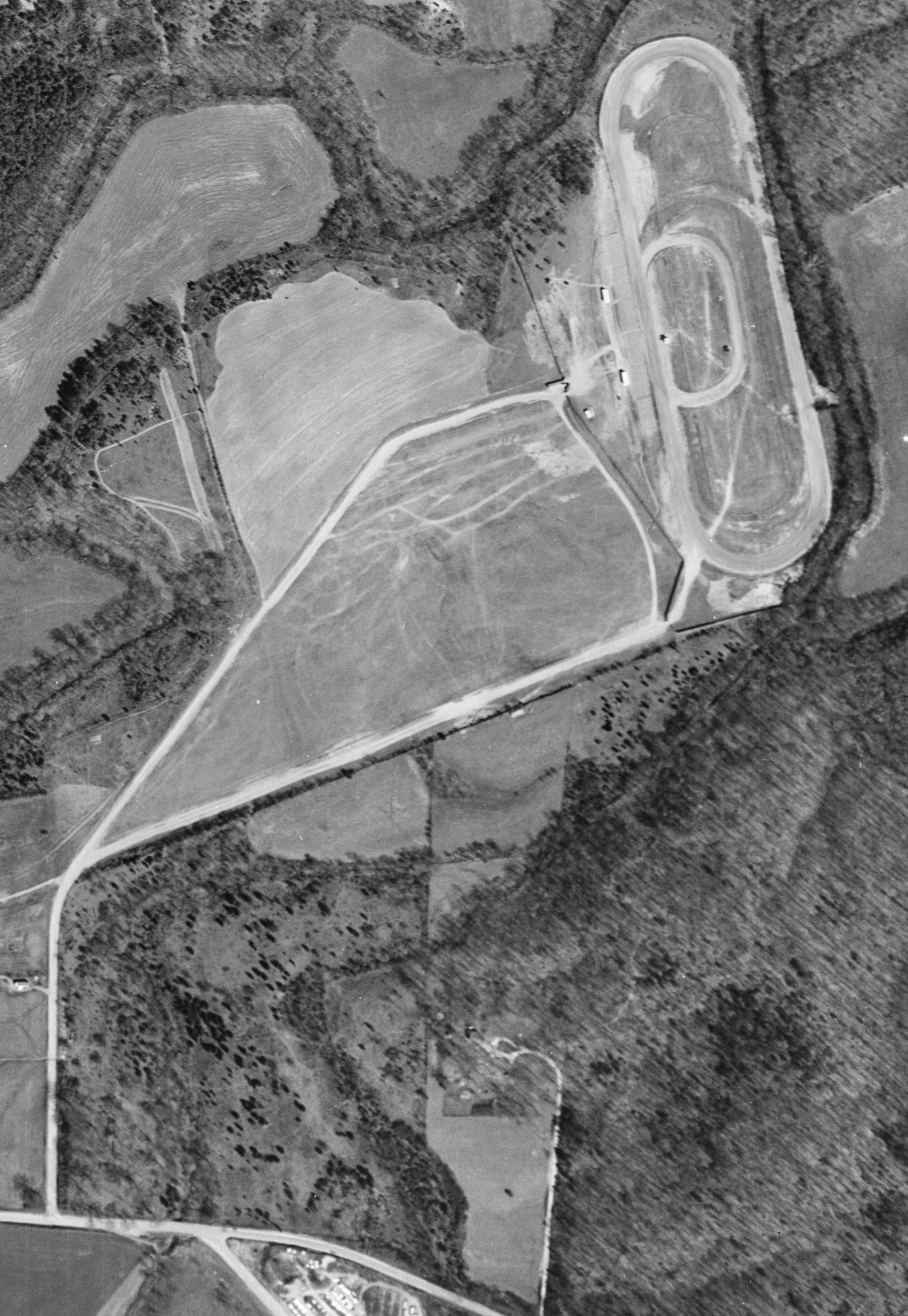 The Occoneechee Speedway also hosted stock car racing legends such as Fireball Roberts, Richard Petty, Ned Jarrett, and Junior Johnson, who competed in the Strictly Stock (which began in 1949 and later became the Winston Cup) and Grand National series. The ~1 mile distance allowed drivers to go faster on the Occoneechee track than they could on earlier, shorter tracks; however, they often careened out of control, landing their cars on the riverbank. Non-paying spectators often climbed trees along the riverbank to watch the races.

In part due the resistance of the local religious authorities to Sunday racing, France finally shut down the Speedway. On September 15, 1968 the track closed after a win by Richard Petty. France moved the track to Alabama, where he had bought an 1,800-acre (7 km2) site forty miles east of Birmingham on which he built the Talladega Superspeedway.

In 1997, Preservation North Carolina bought the NASCAR site from the estates of William France and Enoch Stanley with funding from the James M. Johnston Trust and Classical American Homes Preservation Trust. The latter organization took title to the land and placed it under conservation easements that will protect it from future development.

The Occoneechee Speedway site is now heavily forested with pines and sycamores. The grandstands are still visible, as is much of the mile–long oval track. It was placed on the National Register of Historic Places in 2002 (one of three racecar tracks on the National Register) and now comprises 44 acres (180,000 m2) with over three miles (4.8 km) of trails. The Historic Orange Speedway Trail (HOST), which crisscrosses the track, was built in 2003. This trail is part of the planned/under construction Mountains to the Sea Trail (MST), which crosses the state from... well, it's self-explanatory. 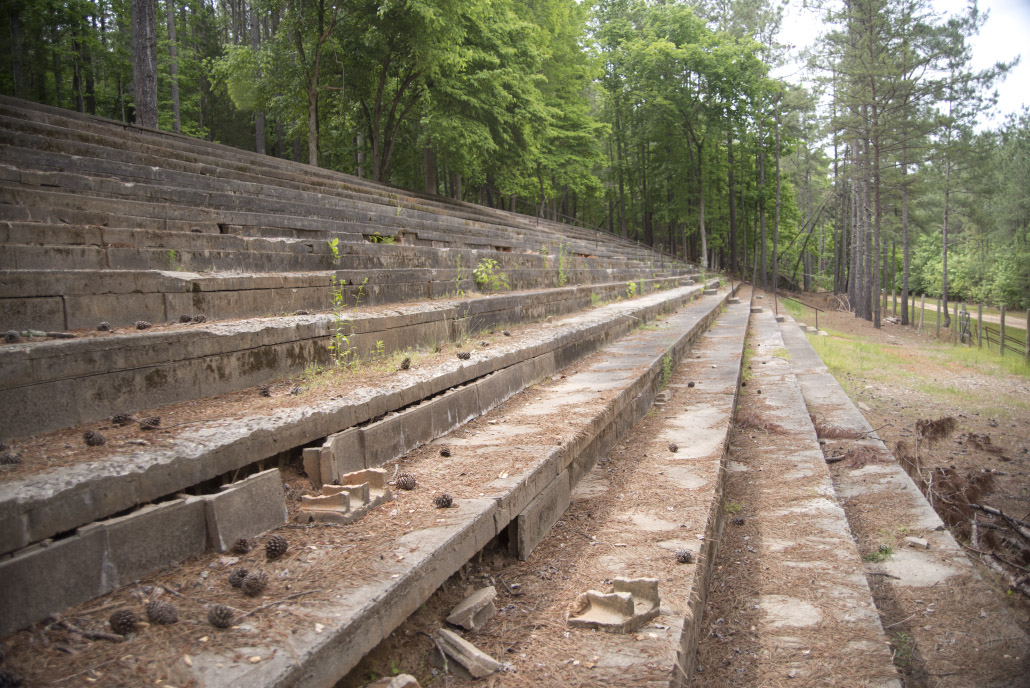 Permalink Submitted by SteveR on Sun, 10/25/2020 - 10:49am
Kenton Kyle, a UNC student from Shinnston, West Virginia, was killed October 28, 1961 while driving his 1954 Plymouth convertible on this
race track at about 4:00am. He failed to make a turn and was thrown from the car when it went off the track. 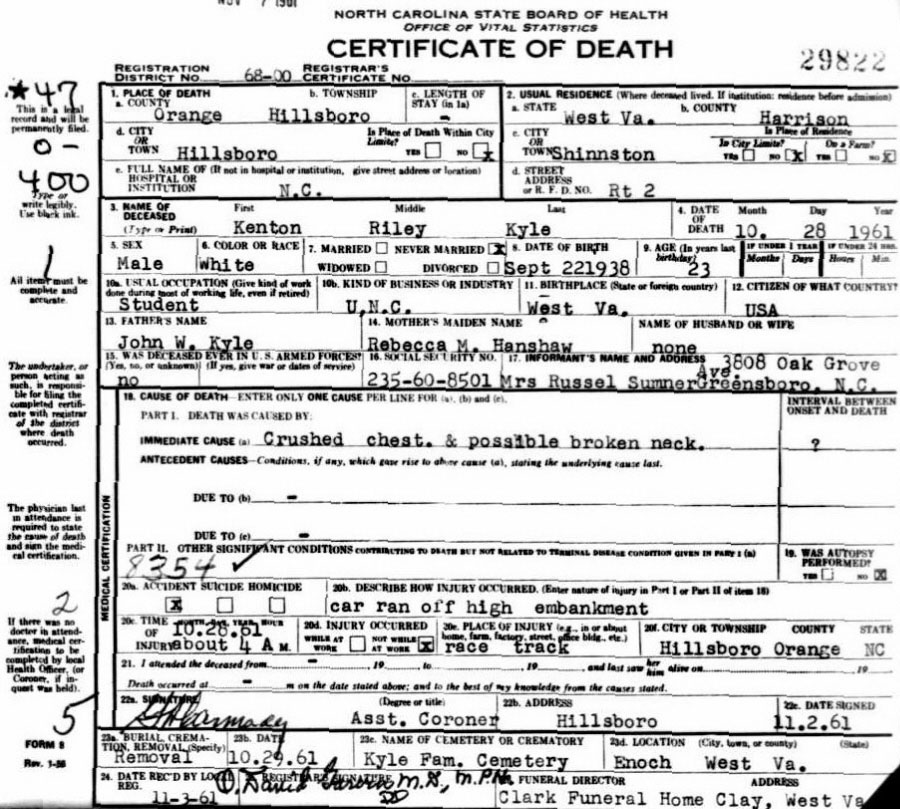