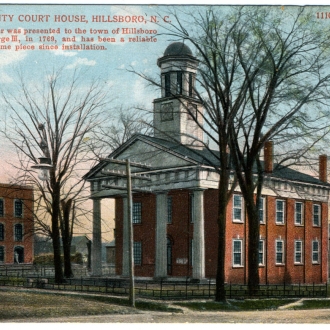 The fourth courthouse in this location, built in 1845, with a clock purportedly dating from the 1760s 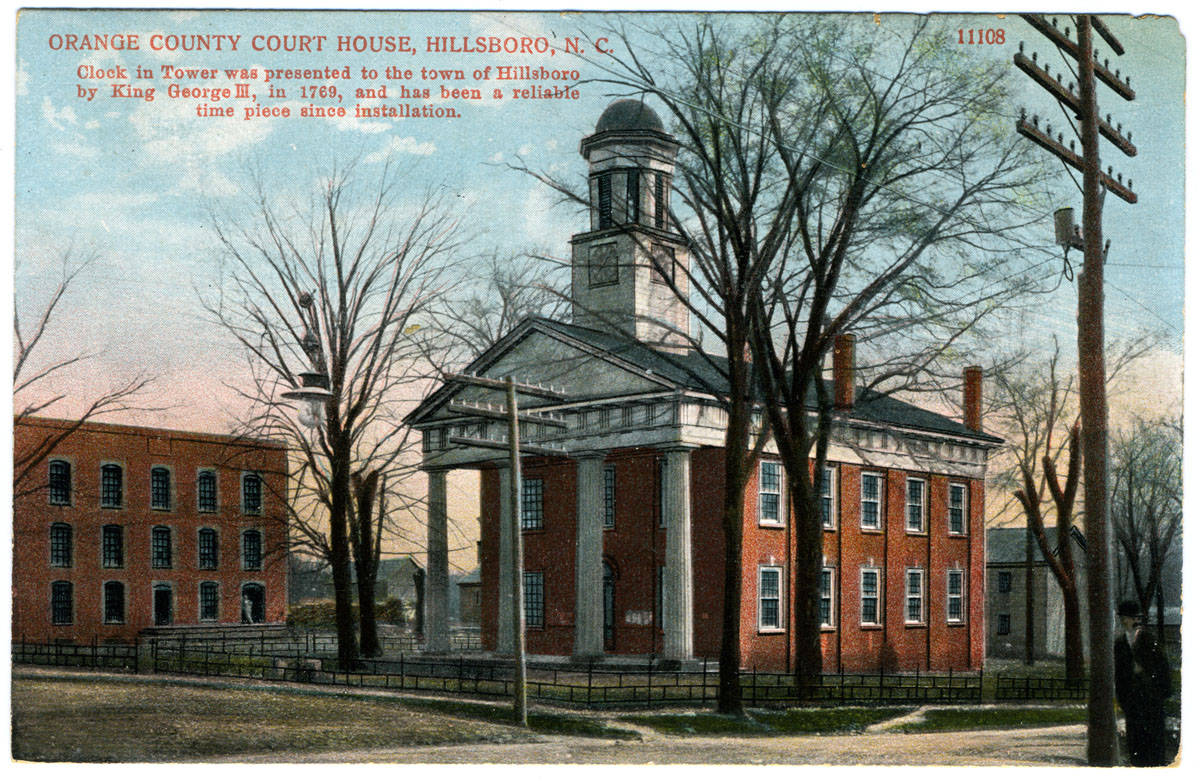 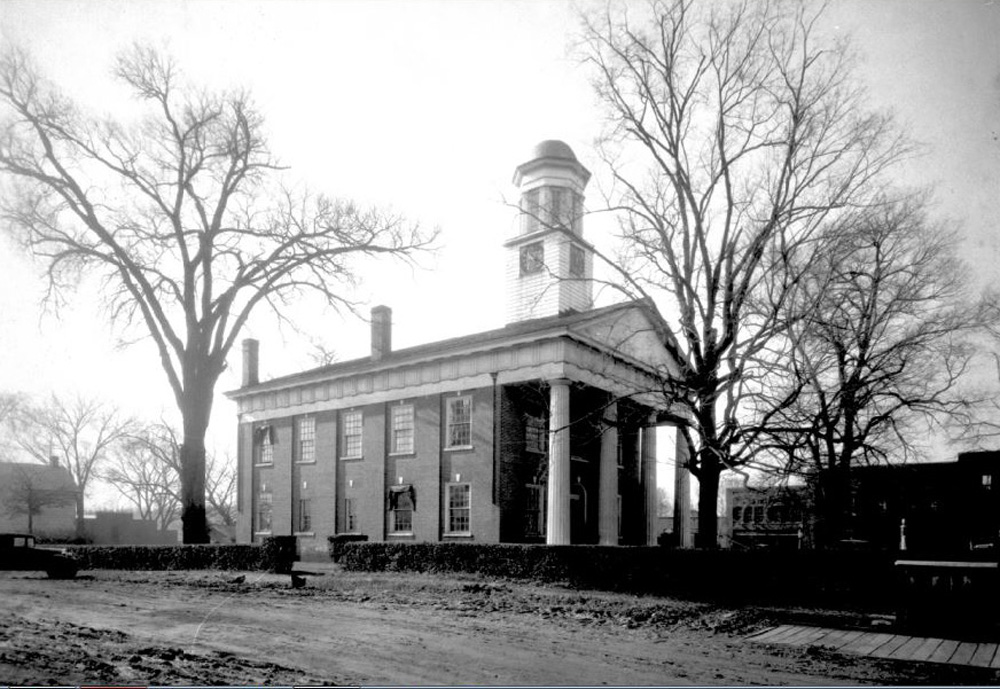 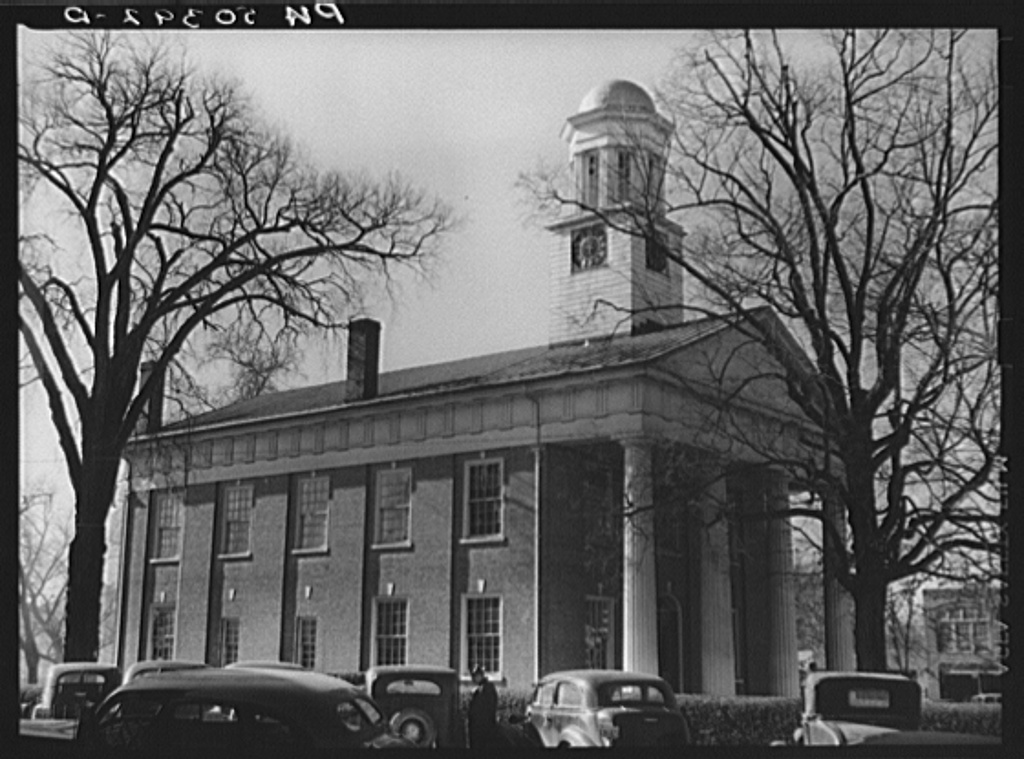 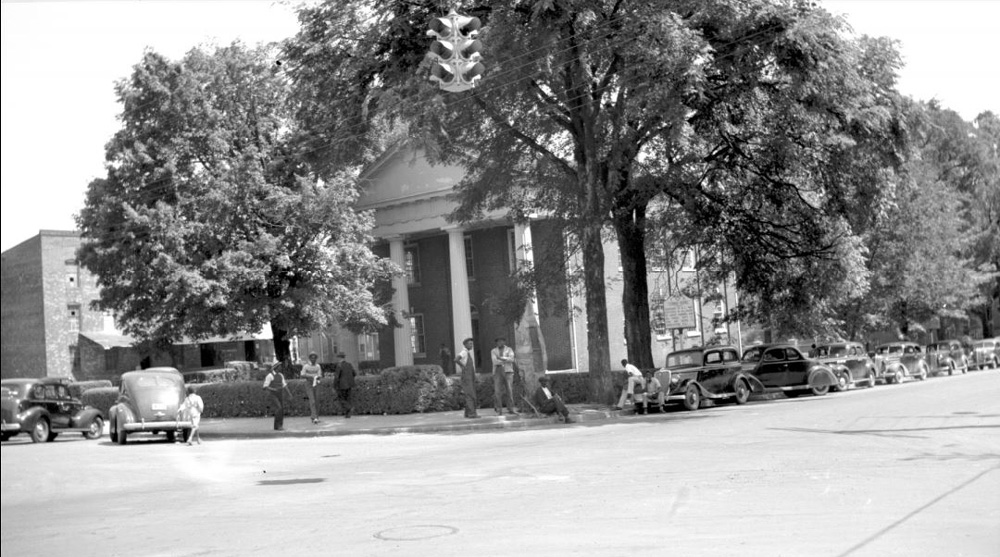 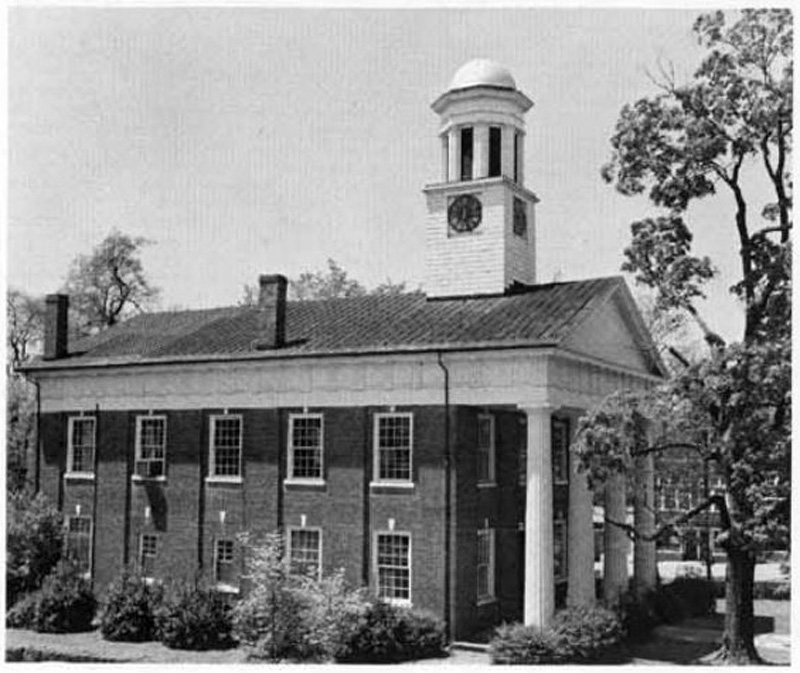 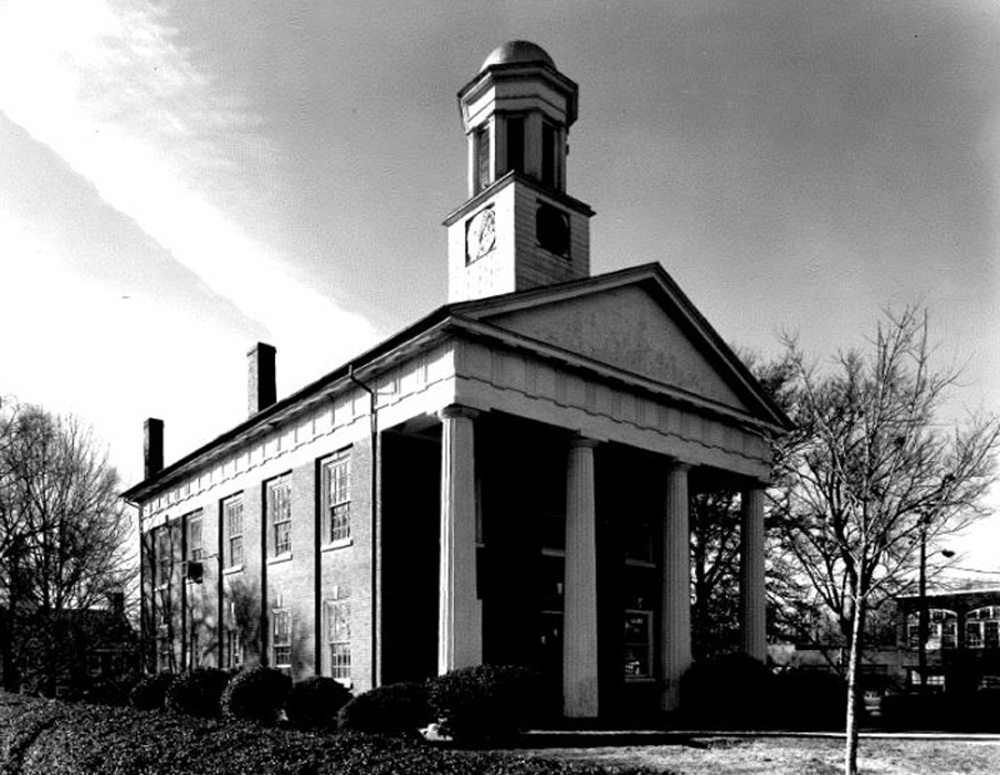 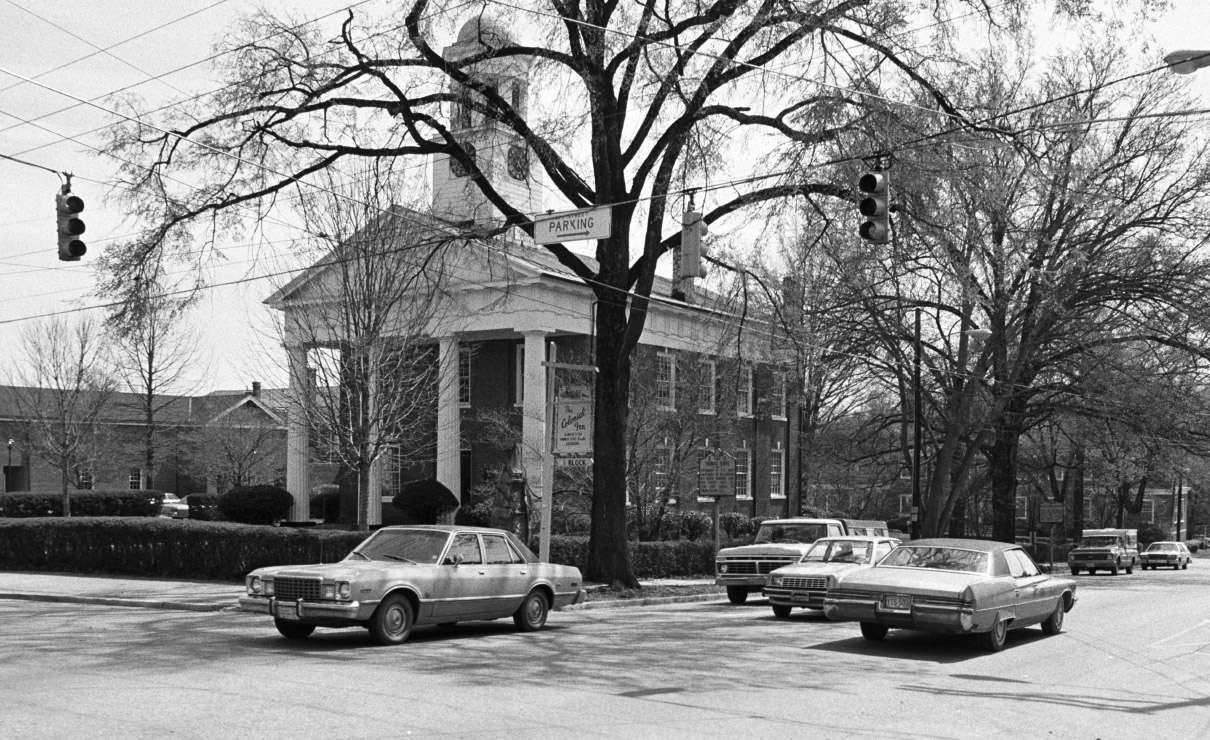 A new Orange County Courthouse, directly to the south across East Margaret Lane, was built in the 1950s. 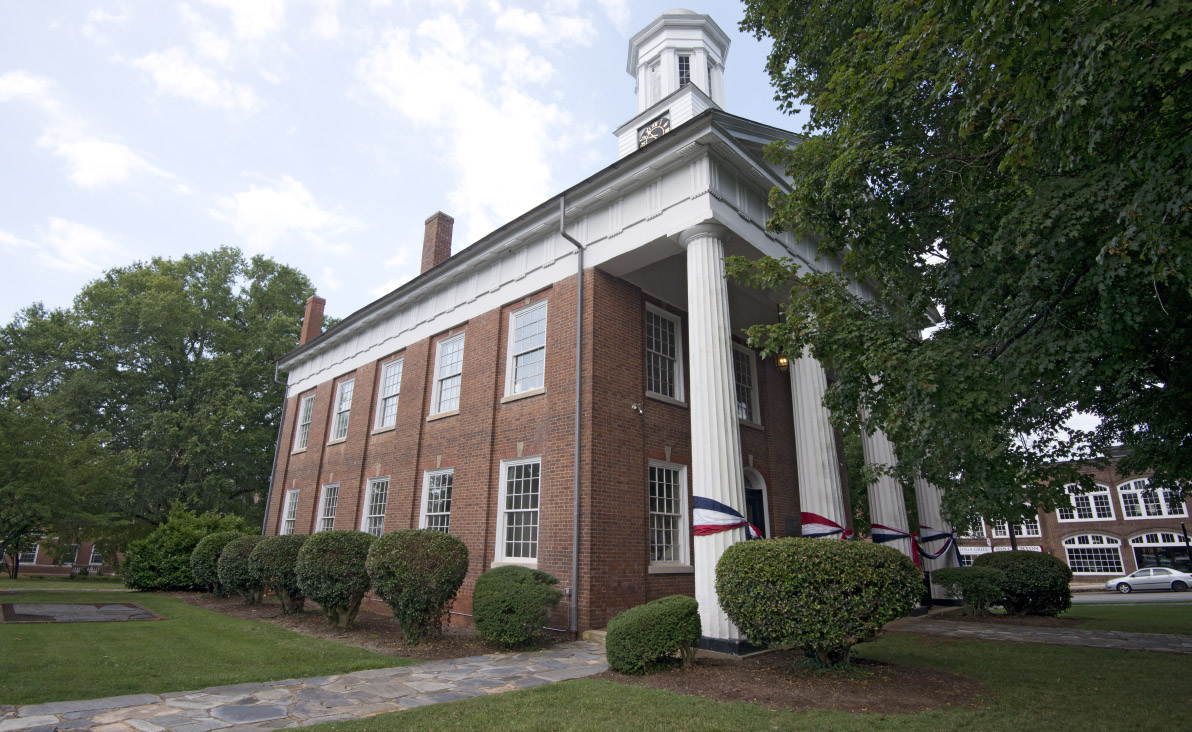 One of the earliest and most architecturally distinguished courthouses in North Carolina, this brick temple-form Greek Revival-style building was designed and built by John Berry, a well-known local architect and builder. The two-story building is three bays wide and five bays deep with a full portico with classical pediment and entablature supported by four fluted Doric columns. Such fine details as the Flemish-bond brick walls, wide cornice, twelve-over-twelve wood-sash windows with flat brick arches, keystones, and stone sills, and the central double-leaf door with fanlight, brick voussoirs, and keystone remain intact. There are four interior brick chimneys and the original two-stage cupola clock tower surmounts the building. The courthouse is at least the fourth on this site. The interior retains most of its original finish, including a pair of open-string Federal-style stairs with foliate brackets, turned balusters and newels and heavy molded handrails, four-panel doors, symmetrically molded frames with cornerblocks, and well-proportioned pilastered mantels. The upstairs courtroom was renovated in the 1880s. 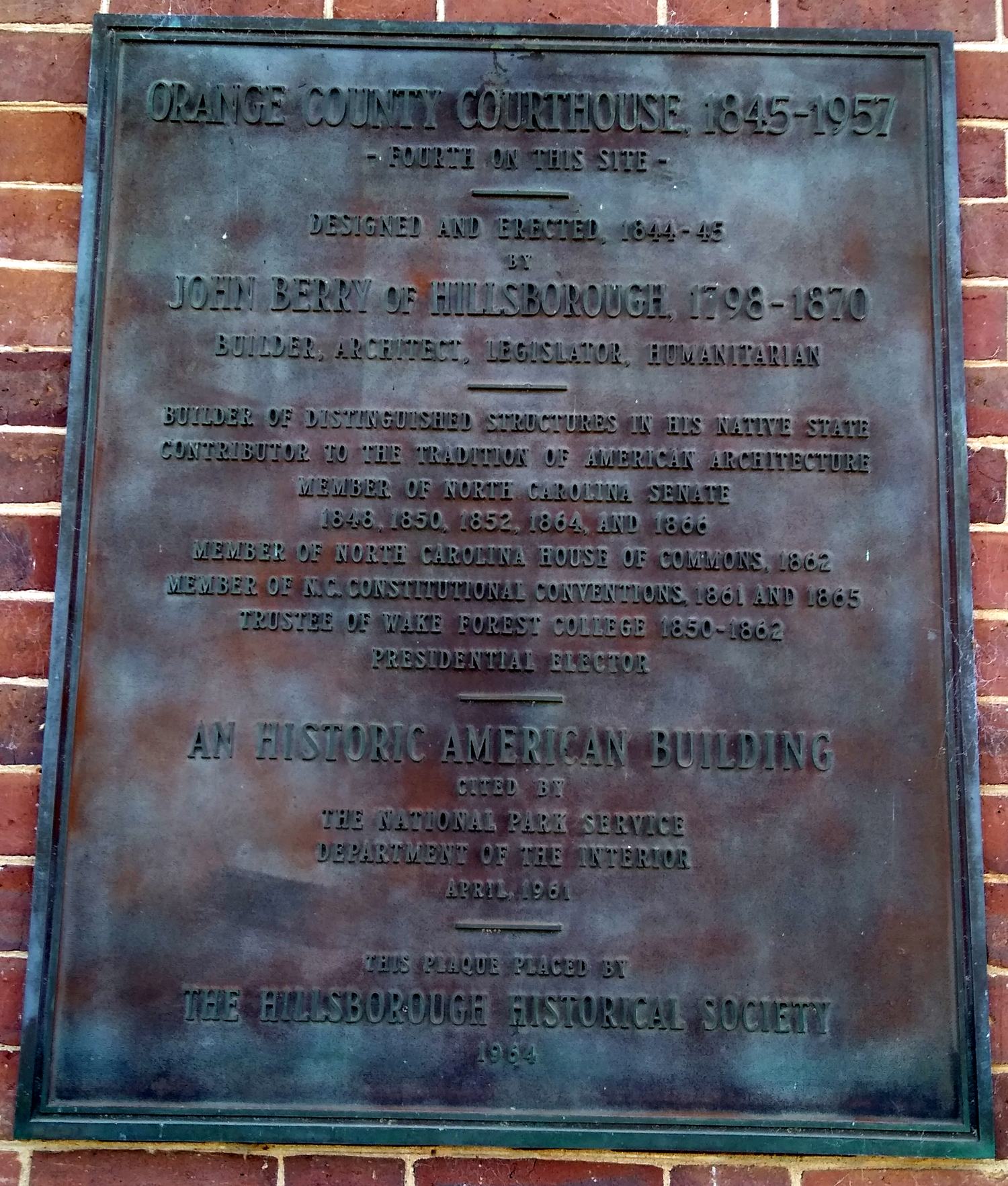