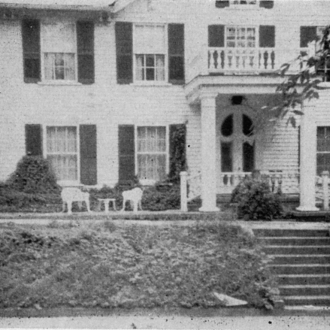 The Parks-Richmond House, which stands on Lot 18, was for many years the home of Clerk of Court, John Taylor. On October 16, 1889 D.C. Parks purchased Lot 18 and combined it with Lot 15 (site of the Colonial Inn) to form one hotel. The house remained in the Parks family until 1937 when it was sold to J.W. and Marguerite Richmond. It is being operated as the Inn at Teardrops as of 2014 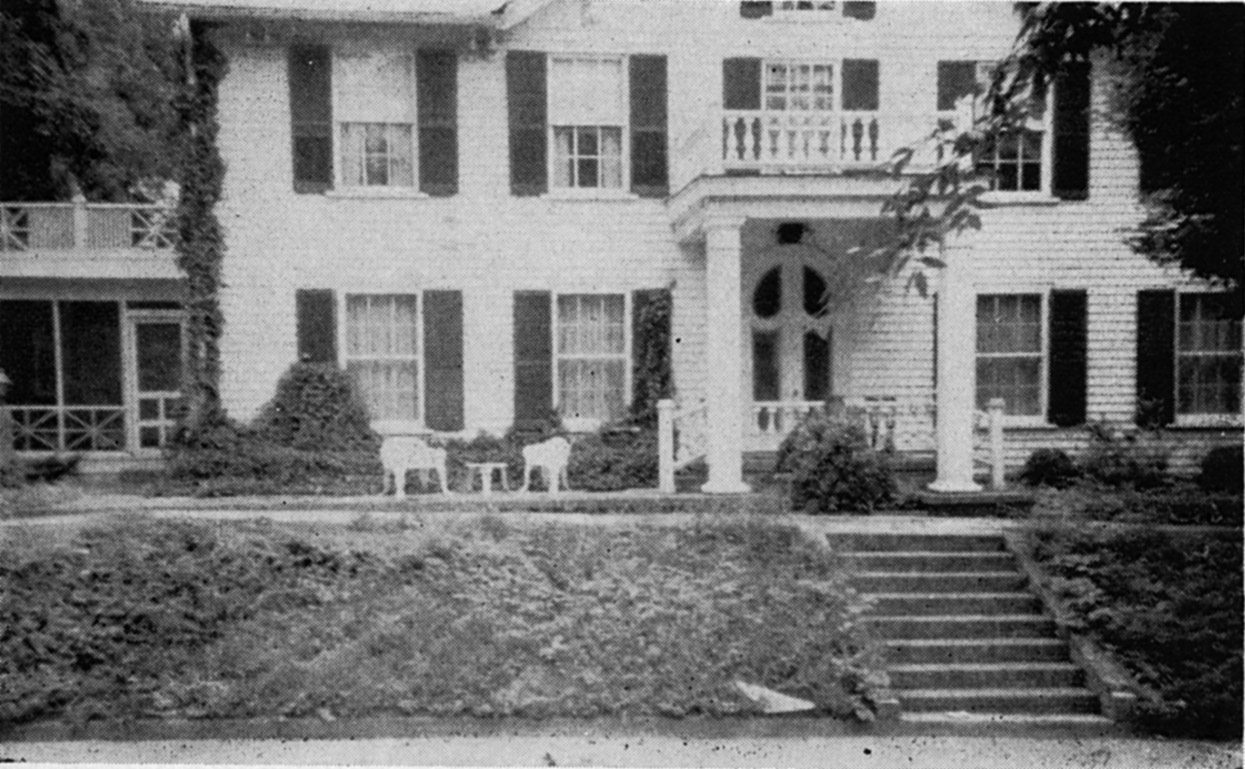 The two-story Parks-Richmond House is distinctive for its decorative woodwork, including bargeboards, brackets, and a double-leaf arched entrance. The side-gabled house is five bays wide and double- pile with a wide gable centered on the façade. It has plain weatherboards, six-over-six wood-sash windows, including a single window in each gable, and two interior brick chimneys. The focal point of the front facade, is the double-leaf door with teardrop-shaped top lights and two raised panels below and the matching double-leaf storm door. It is sheltered by a one-bay-wide, hip-roofed porch supported by square columns with a turned balustrade at the roofline. An identical balustrade fronts the entrance porch, which is accessed from the sides by brick steps. An uncovered stone terrace extends across the left (east) two bays of the façade and wraps around the left elevation. The gables are adorned with scalloped shingles and sawn lattice bargeboards and there are paired brackets with pendants along the entire roofline. A one-story, flat-roofed wing on the left (east) elevation has board-and-batten sheathing, eight-over-eight wood-sash windows, and a diamond-paned wood-sash window and six-panel door on the façade. A one-story, hip-roofed porch on the rear elevation is supported by paired wood posts with diagonal braces and sawn brackets and has a sawn railing. The east end of the porch has been enclosed with board-and-batten sheathing. 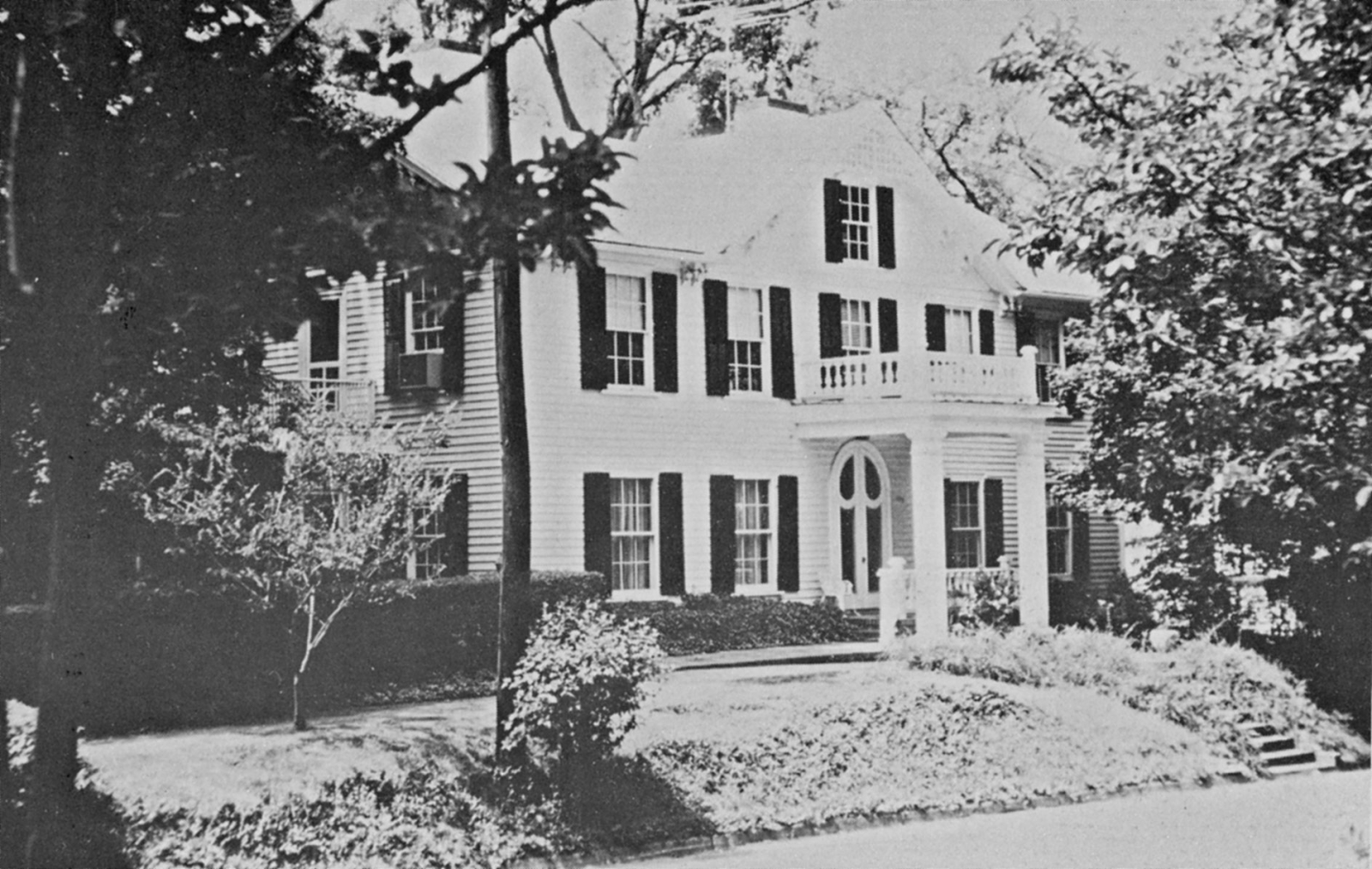 The Parks-Richmond House, which stands on Lot 18, was for many years the home of Clerk of Court, John Taylor. In 1854 Ralph Graves, husband to Emma Taylor, sold the property to John J. Freeland. It became the property of Elbert H. and Emily Pogue in the 1870s and for the rest of the nineteenth century was closely associated with the Occoneechee Hotel. On October 16, 1889 D.C. Parks purchased Lot 18 and combined it with Lot 15 (site of the Colonial Inn) to form one hotel. He used the Parks-Richmond House as an office, reception, and dining-room, and the Old Orange Hotel (Colonial Inn) was used for sleeping rooms. In the 1890s Parks employed Jules Körner to remodel the house to its current appearance. Decorative trim on the house resembles closely other local work by Jules Körner including the William Whitted House, the Colonial Inn, and Twin Chimneys. The house remained in the Parks family until 1937 when it was sold to J.W. and Marguerite Richmond. It is being operated as the Inn at Teardrops as of 2014. The building appears on the 1894 Sanborn map with a full-width front porch; it was changed to the current porch sometime after 1943 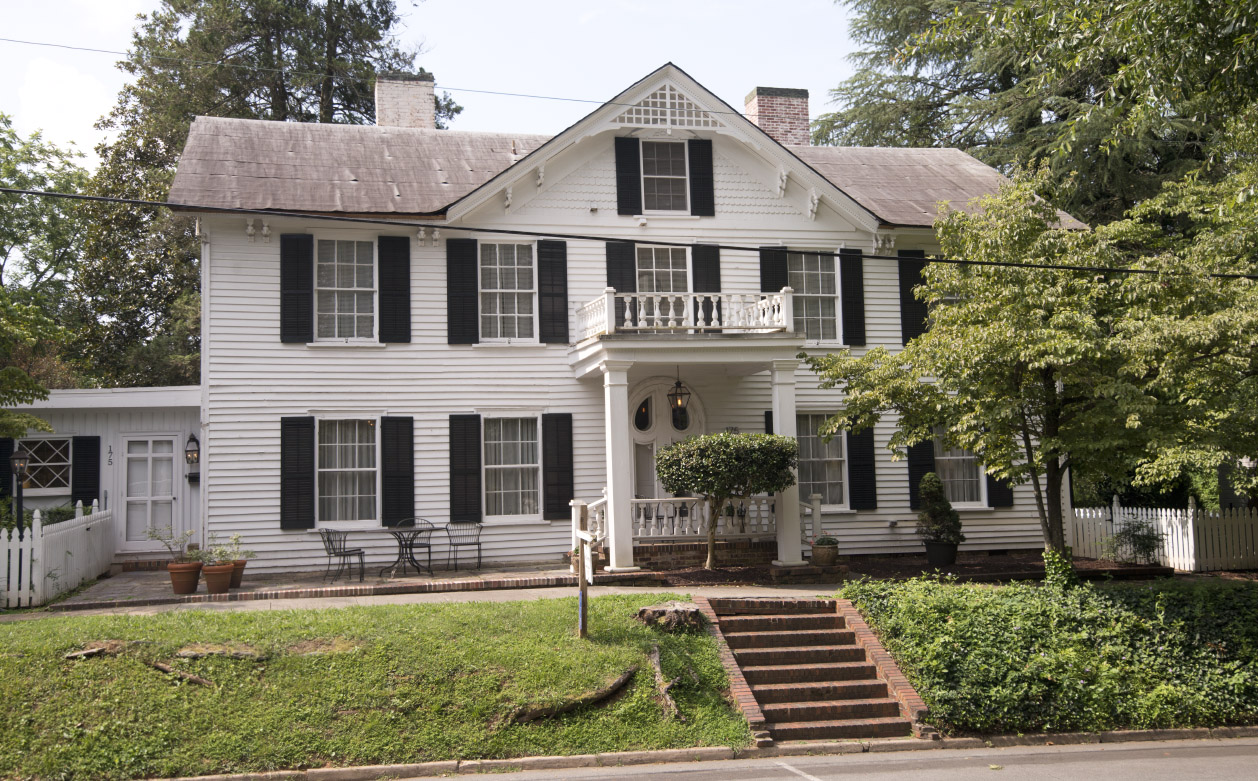 This handsome white house has long been associated with inns and inn-keepers. The Sauthier map shows here two buildings, a smaller one, and a larger one, with a connecting yard. This was the establishment of Thomas King and his wife, Sophia, and of their son, Thomas, Jr., the property having been acquired by them from Edmund Fanning in 1768. The oldest portion of the present Parks Richmond House may indeed be Thomas King's old inn.

In the years that followed, the property passed through many hands until, in the 1880s, D. C. Parks acquired it and turned the six buildings standing thereon into the Occoneechee Hotel. The lobby and parlors of the Hotel, and some of the sleeping-rooms, were in the Parks-Richmond House. A long front porch sheltered travelers alighting from their carriages on King Street.

The delightful secluded garden at the rear, bears little resemblance to the busy, muddy inn-yard of former days, serving both the living-quarters and separate kitchen of the Occoneechee Hotel. Shaded by a great willow tree and three ancient Sugar Maples, its box-bordered beds hold a variety of plants in keeping with its past. Mr. and Mrs. J. W. Richmond, the owners as of 1971, have helped restore the old-time feeling by planting bulbs and flowering shrubs obtained from other old Hillsborough gardens. A feature is the ancient well, once serving the entire neighborhood, which they have prudently capped with an old mill stone. Three giant elms still stand here, remains of a row which once continued east as far as the Old Court House.