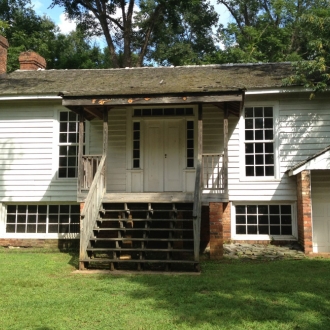 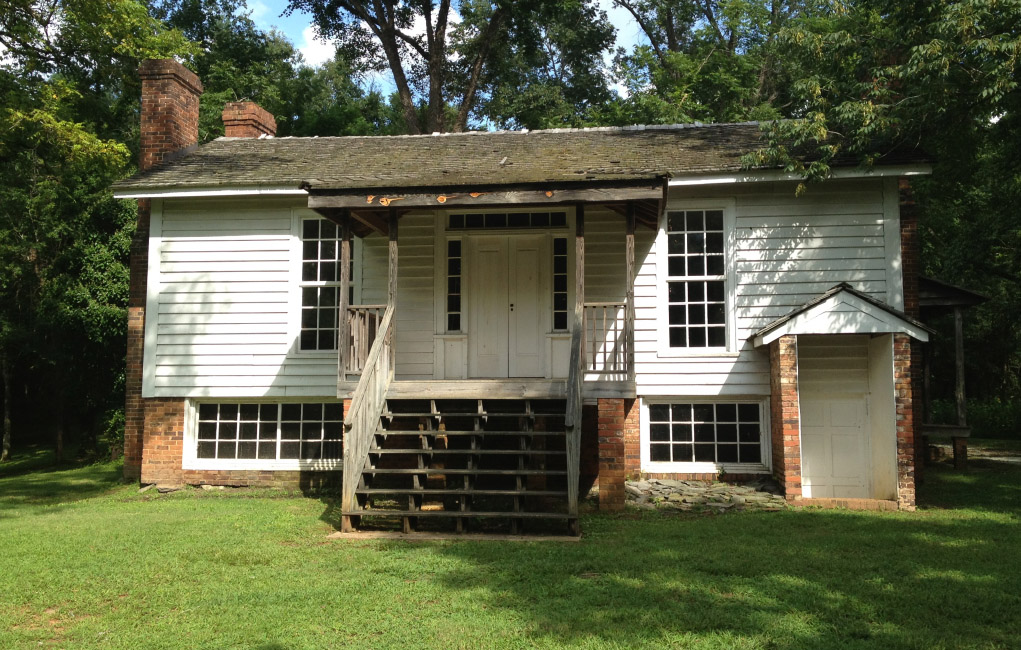 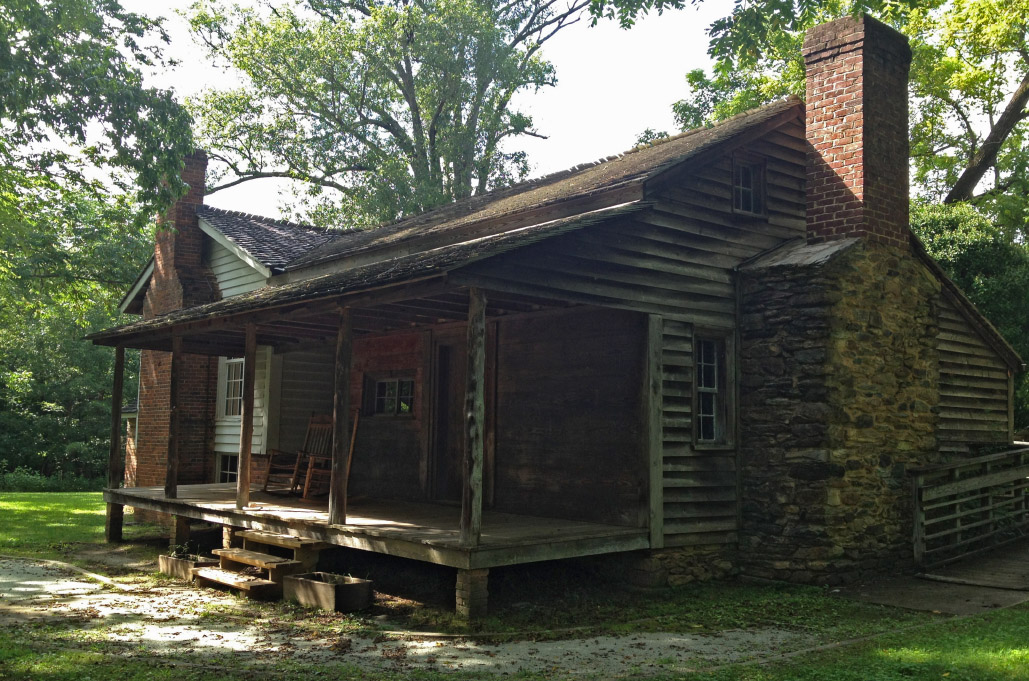 Restoration of the historic Piper-Cox House at Eno River State Park's Few's Ford Access in Orange County is nearing completion and is expected to be finished in October, according to officials at the NC Division of Parks and Recreation.

The $276,672 project, funded through the Parks and Recreation Trust Fund, also includes improvements to the access parking area and construction of a restroom facility. Its completion will mark a milestone in a plan that began evolving in 1979, shortly before the property was added to the state park.

"The Piper-Cox House will become an outstanding venue for our visitors to explore the cultural history of the Eno River Valley," said Park Superintendent Dave Cook. "This site was the home of farmers and millers beginning in the 1750s and has a long and unique history in the area."

The house is really two houses joined by a covered breezeway or "dogtrot". The older log cabin at the rear was built between 1765 and 1820 either by John Piper Sr. or his son. The cabin is a three-room, two-story structure of rough-hewn logs. Members of the Piper family lived there until 1846 and during that time, along with farming and working the mill just below the house, they helped run the Piper-Cabe School on a knoll a short distance down river. The family cemetery is on a hill above the river behind the Few's Ford picnic area.

The Piper cabin was restored in 1986 with a grant from the State of North Carolina to the Eno River Association. The work was done by Todd Dickinson Restorations of Hillsborough and volunteers.

In the 1870s, WILEY W. COX bought the property and built a larger, grander addition in front of the cabin. The addition was a two-story, five-room structure considered one of the finest in its day in the Eno River Valley. The house has a stone and brick foundation and was framed using massive oak timbers connected with notches and pegs. Descendants of the Cox family inhabited the house until it was sold in 1908.

In the Cox house project under way now, care is being taken to restore the house to its 1870s appearance with a great deal of research having been conducted by the project architect, Pat Harris of The New Synergy Inc. of Durham. Contractor is Accent Construction of Morrisville.

The restoration has focused on stabilization with reconstruction of some foundation walls and replacement of some timber framing, Harris said. Whenever possible, contractors have used recycled lumber from other buildings of similar age and replicated the joinery, she said. In some places, joinery will be exposed to become an exhibit in itself.

Upon completion, plans are to open both the cabin and the main house as a museum of cultural history of the Eno River Valley. Permanent exhibits have yet to be funded. However, under the leadership of park ranger Joe Bondurant, the park staff is planning interim exhibits. Plans are to have the house open for visitors weekend afternoons, April through October, beginning 2002.

Riverside, now known as the historic Piper-Cox House, overlooks the Eno River and is located in the Eno River State Park in Orange County, NC. It was restored in 2002 to its original condition through a grant from the State of North Carolina. It was officially named the Piper-Cox house in honor of the builders, John Piper and Wiley Wooten Cox.

The Piper house was sold by Thomas Piper (son of John Piper, the builder, and his second wife Martha Flint) in the 1860s to Sanders P. Cox of Greene County, NC. Sanders Cox owned the property for several years but never lived there. He deeded the property in 1871 to his son Wiley Wooten Cox. It was at this time that the Cox house was built and attached to the old Piper house. The home was known as Riverside by the Cox family.

The site of the famed Tilthammer Mill is nearby. The Mill was owned and operated by Wiley W. Cox and later by his son Sanders P. Cox II. It was destroyed in the great flood of 1908.

Mary Elizabeth "Bettie" Cox Johns, inherited Riverside from her father, and the Johns family moved there about 1900.

Ernest T. Johns married Sallie Harris, who lived at nearby Riverbend Farm. Riverbend, the home of John Green Harris, is also located on the Eno River, and has been beautifully restored by a Duke physician who lives there with his family.

It is of interest to note that Riverside remained in the family until 1908. In 1896 Wiley Cox divided his Orange Co. land between three of his children: Sanders P. Cox of Durham, Mary Elizabeth "Bettie" Cox Johns of Auburn, NC and Omega Cox Shields of Orange Co. Sanders P. Cox inherited substantial acreage which included the old mill. Omega Cox Shields inherited the land know as Cox's Mountain and Bettie Cox Johns inherited the Riverside home place. The Johns lived at Riverside from about 1900 until 1908 when they sold the property and moved to Durham.