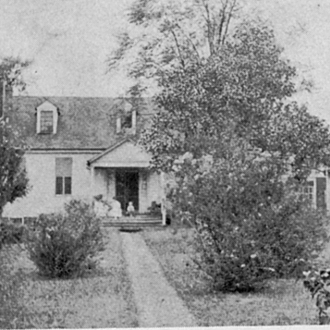 Owned by many, but named for Thomas Ruffin, who called the house "Little Hawfields" and Mrs. William Roulhac, who renovated and relocated outbuildings. Converted to the town hall for Hillsborough in 1972. 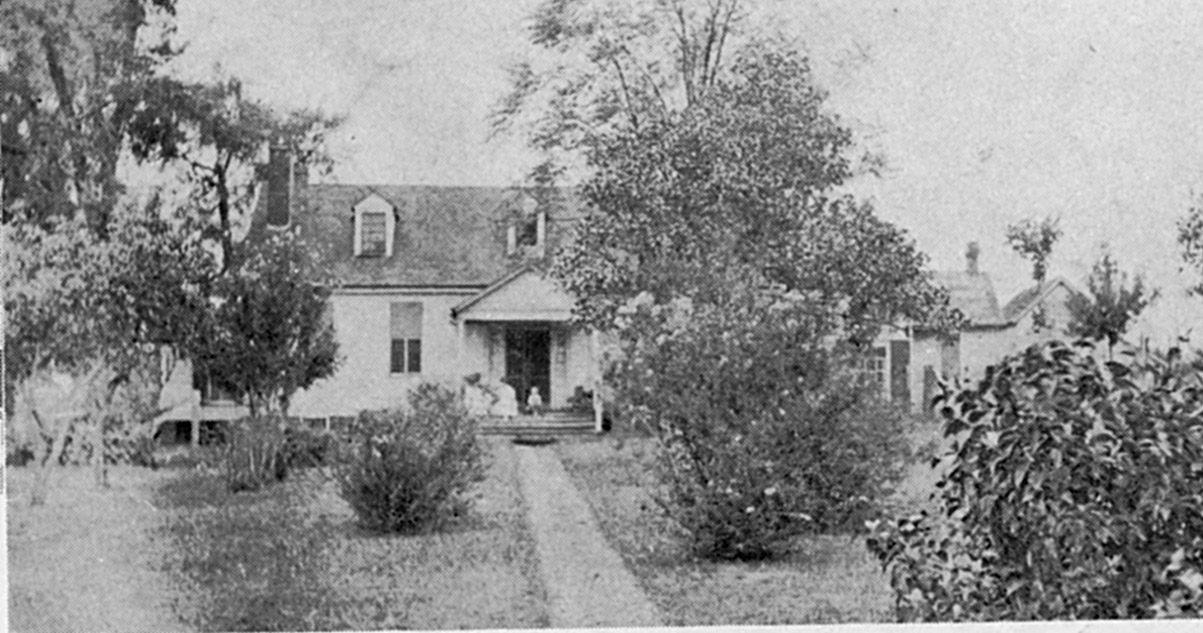 Front of the house, ~1900 (History of the Town of Hillsborough) 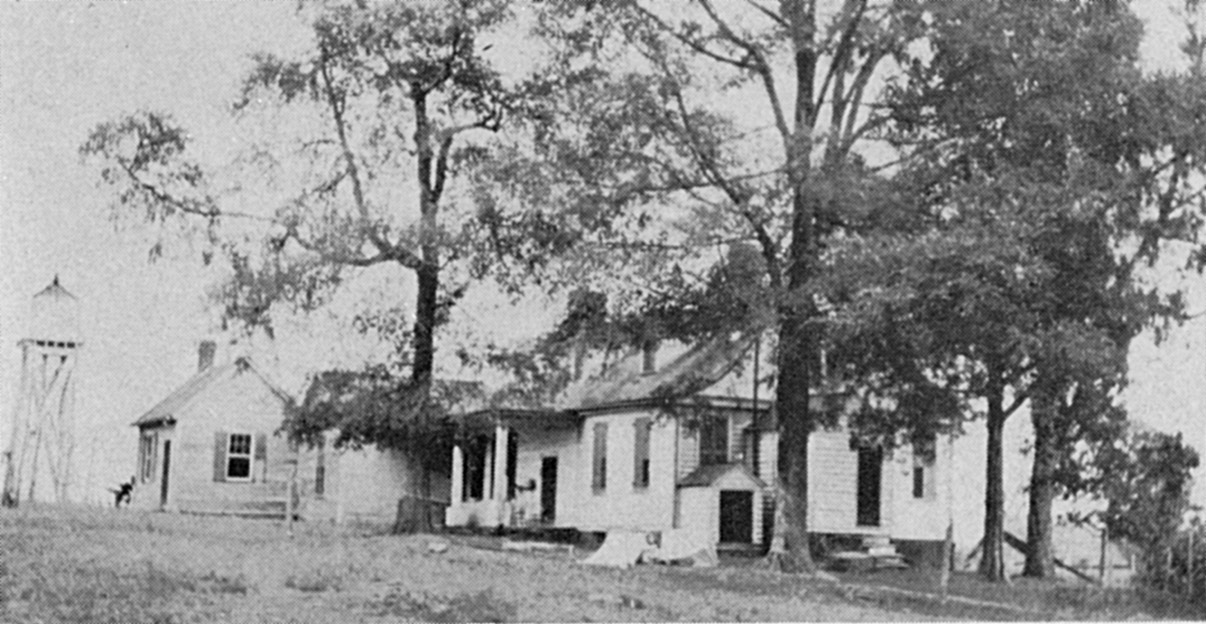 Back of the house, ~1900 (History of the Town of Hillsborough) 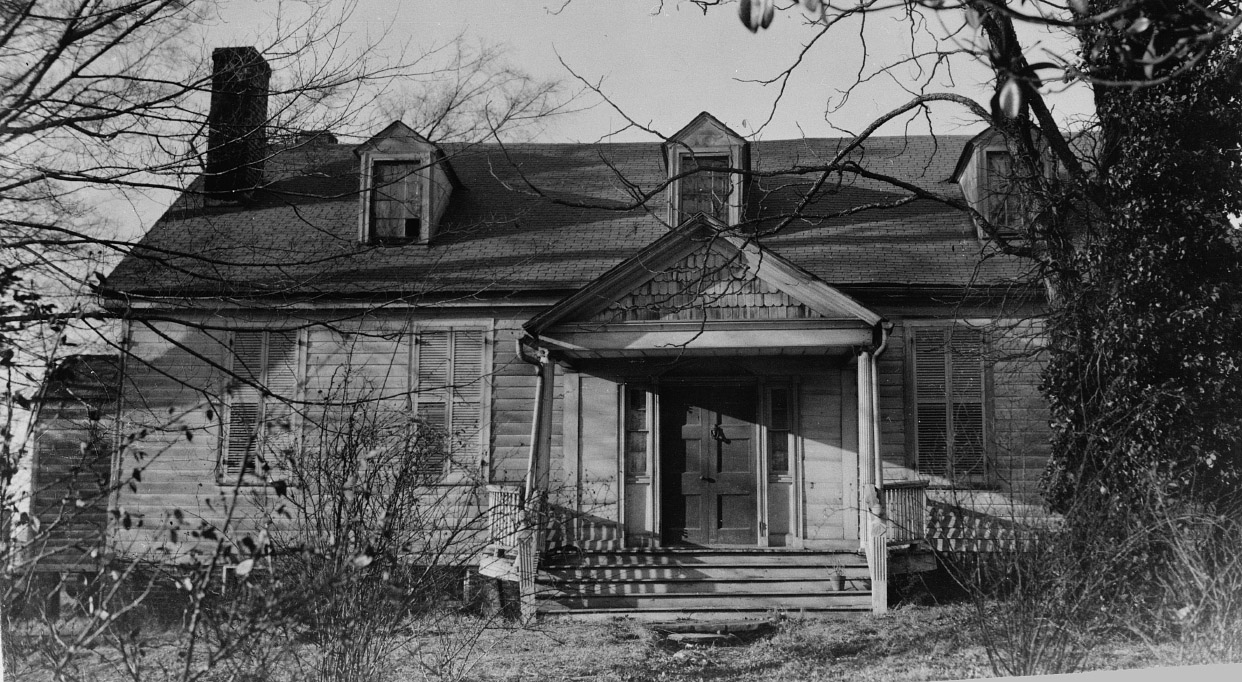 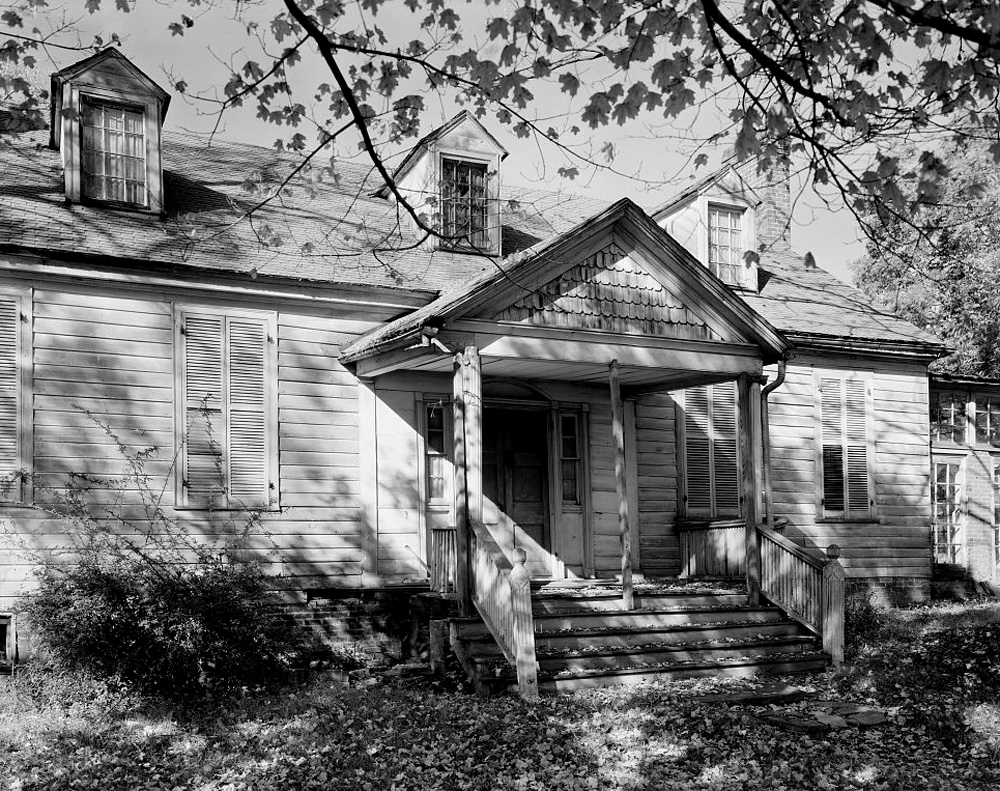 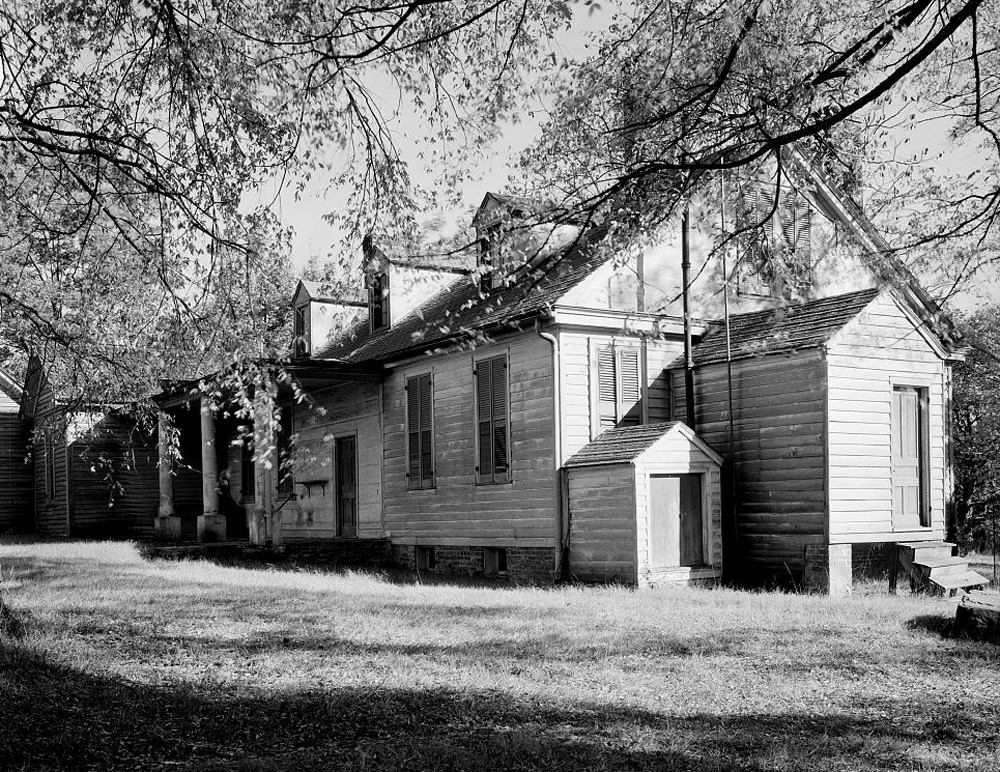 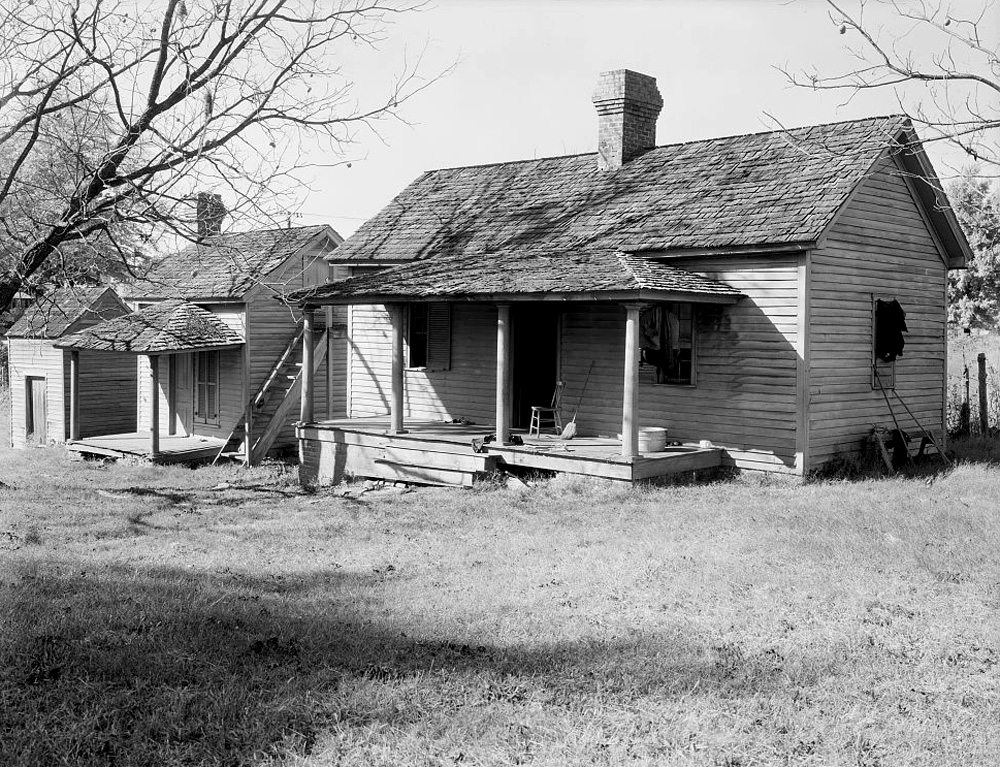 Outbuildings, circa 1940 (Library of Congress) 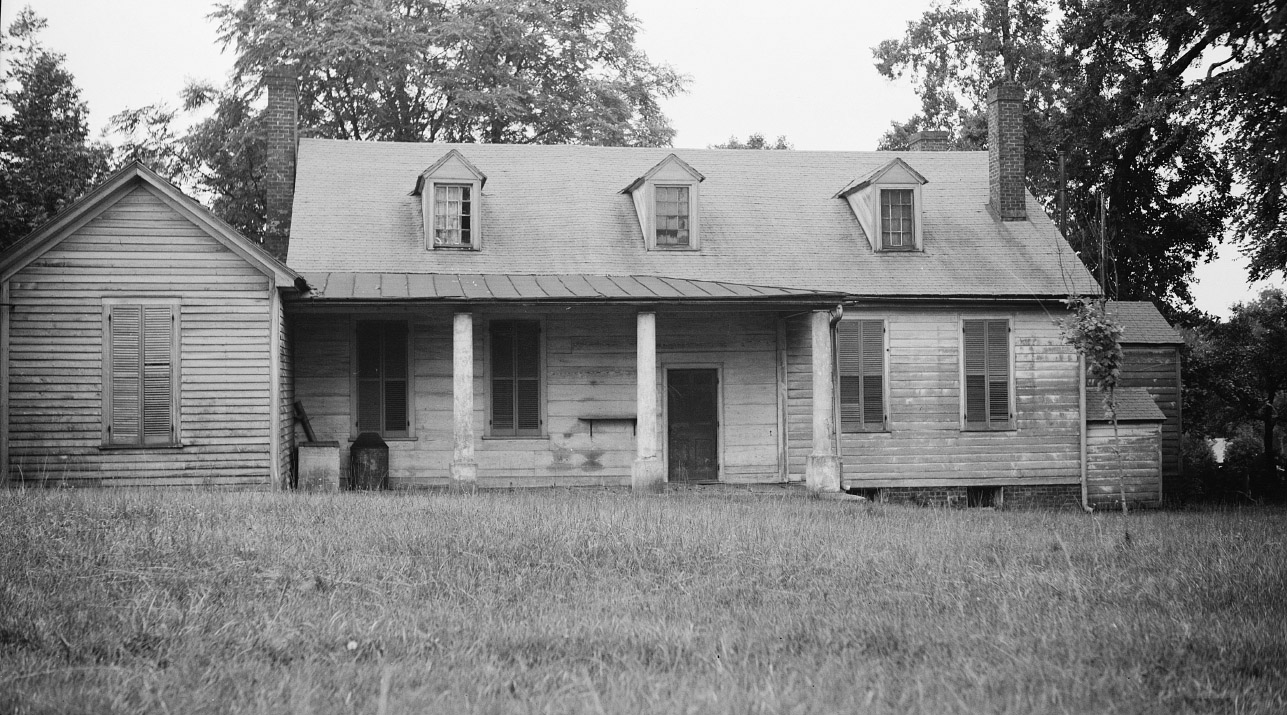 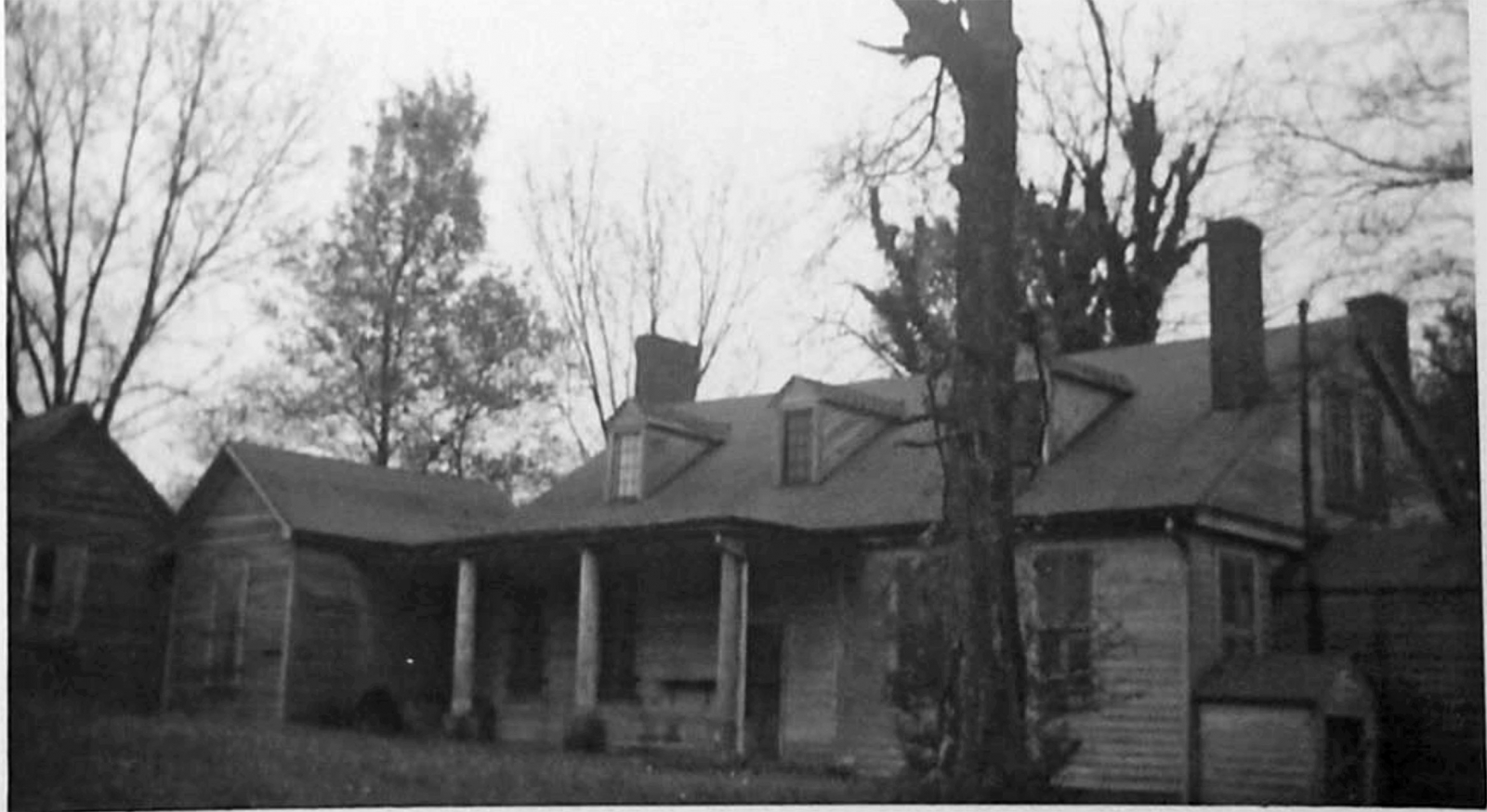 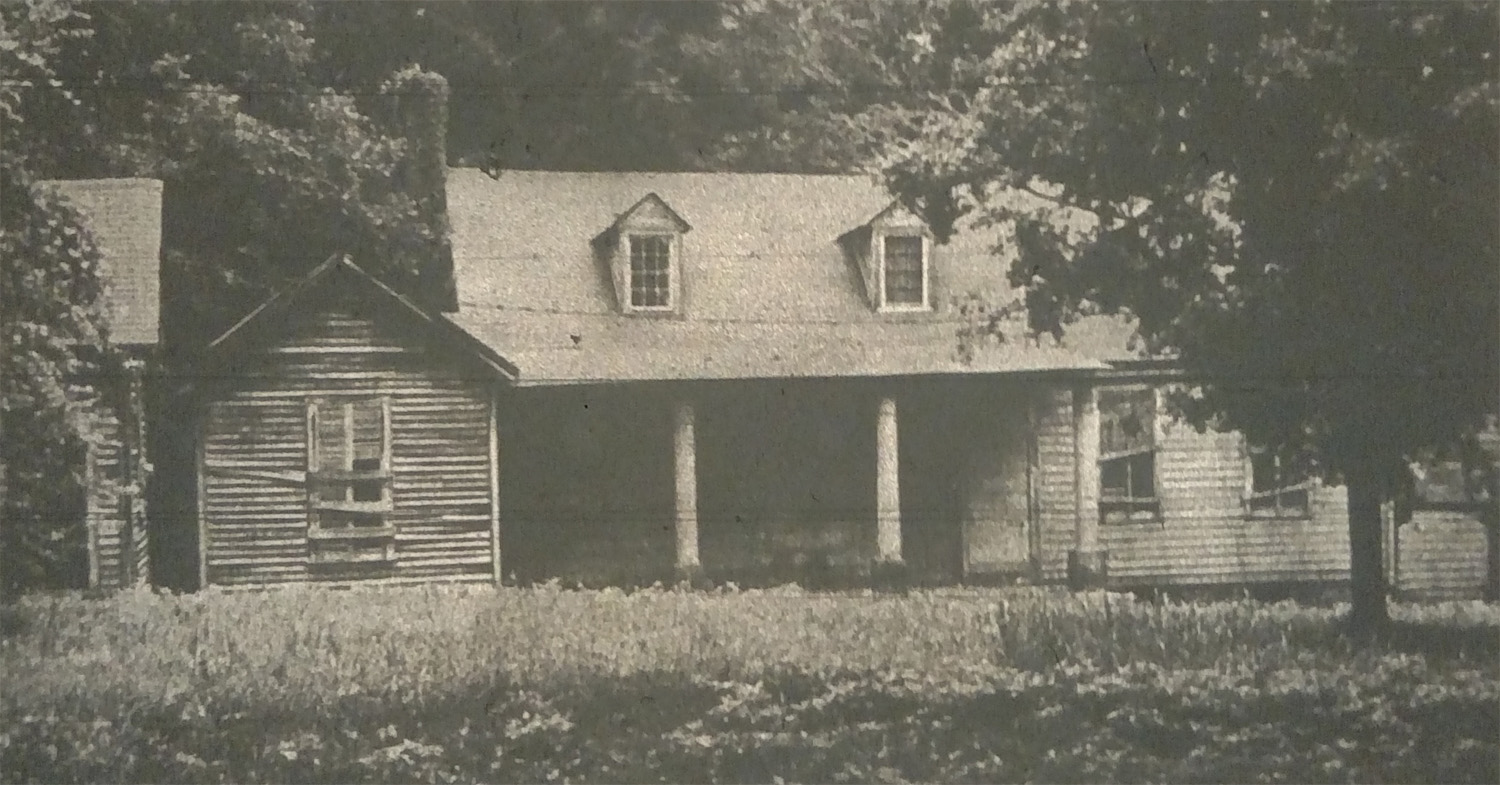 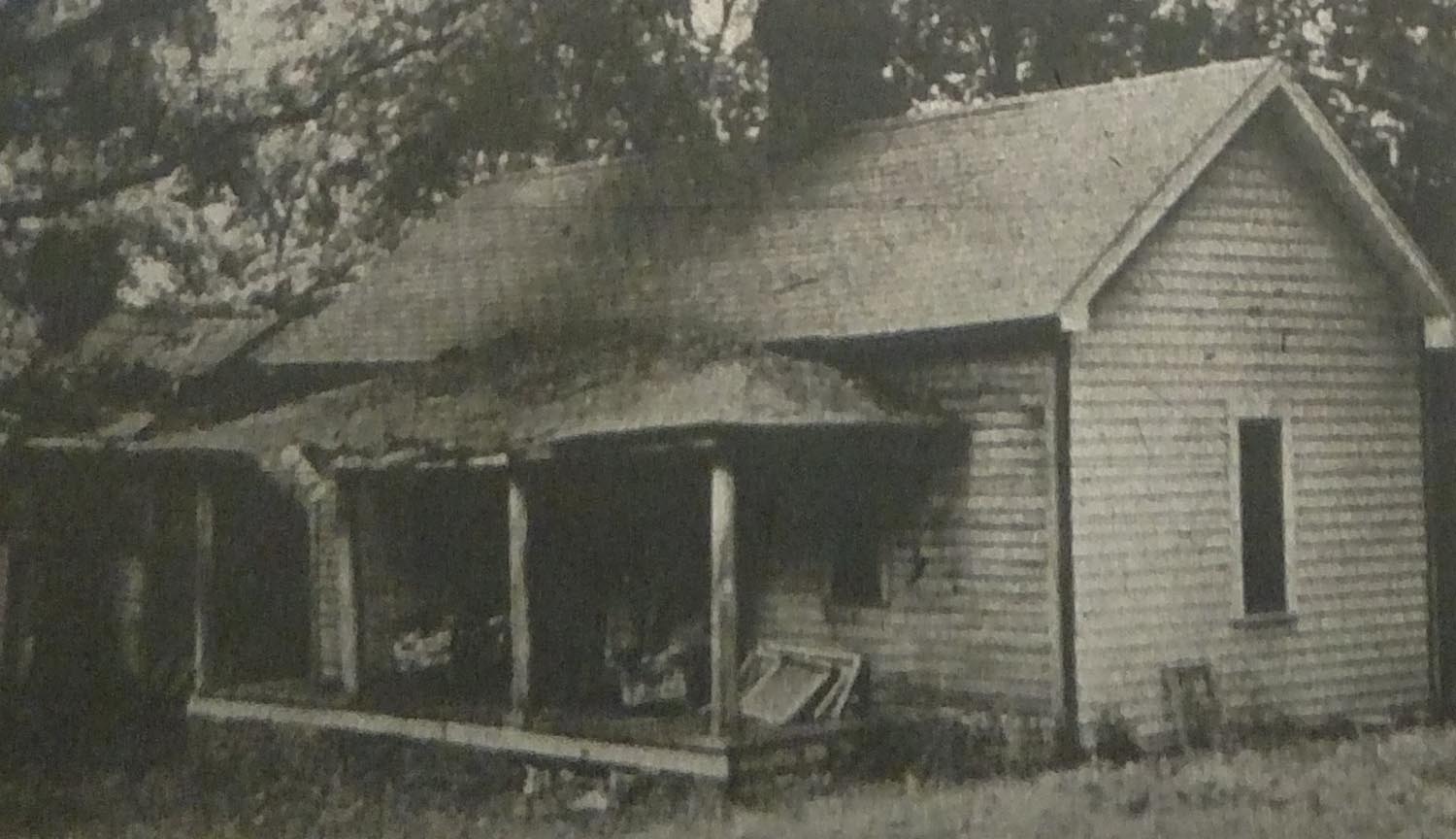 In 1972, the house and property were acquired by the Town of Hillsborough and were renovated for use as the Town Hall and offices. 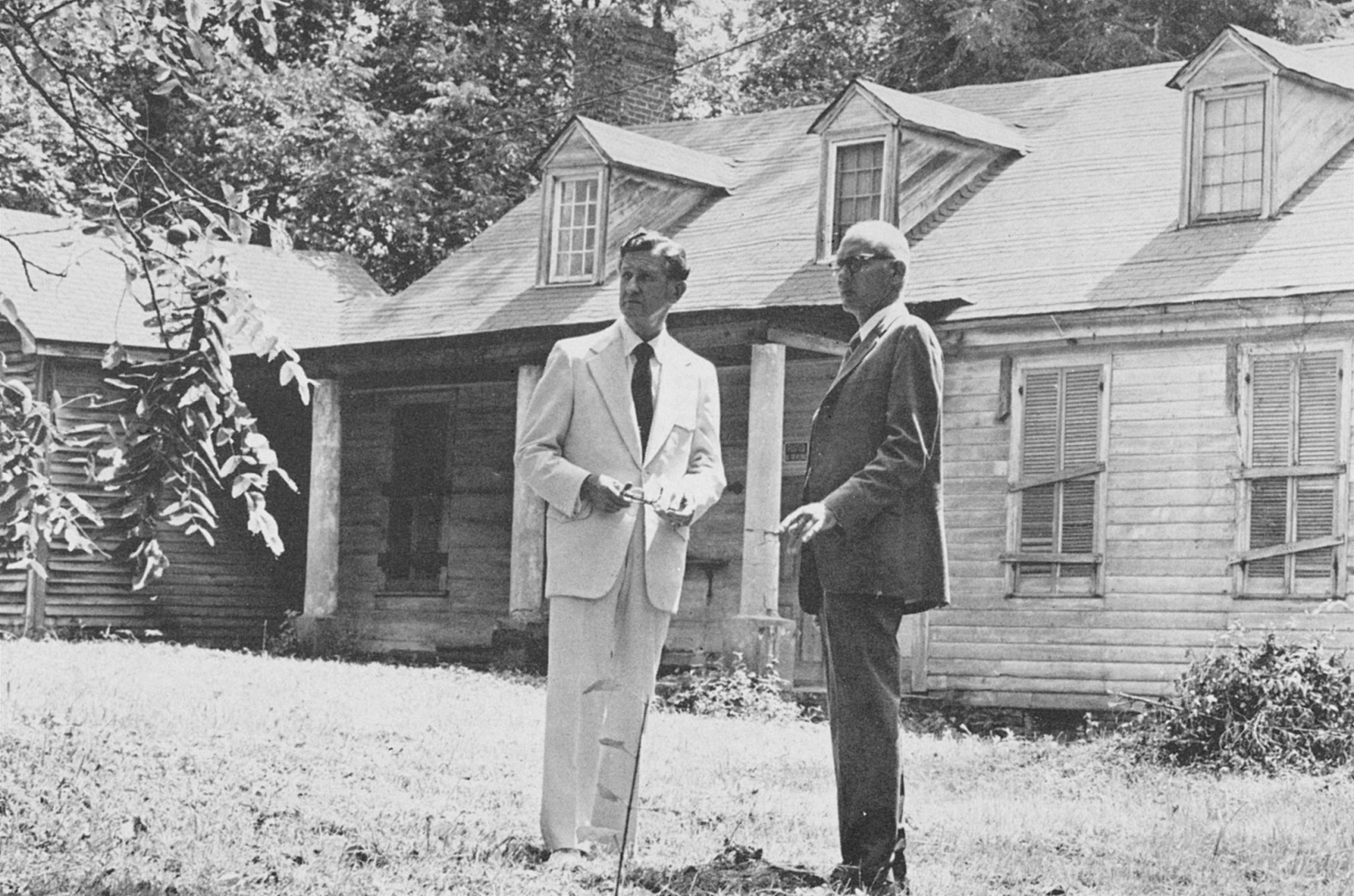 The Ruffin-Roulhac House, also known historically by several names including "Francis C.P. Hill's House," "The old Ruffin place," "Little Hawfields," and the "Home of W.S. Roulhac," is one of the best preserved of the elegant small Federal houses surviving in Hillsborough, which include Heartsease and the Berry Brick House. Additionally, the property is one of a small number of houses in Hillsborough that has retained its large original lot and numerous outbuildings.

The Ruffin-Roulhac House, built about 1821 for Martin Hanks, consisted of the west three bays. In the 1830s Francis L. Hawks and Frances C. P. Blount Hill purchased the house and added the eastern part consisting of two rooms on the first floor and one above incorporating the earlier dwelling into a unified elegant residence. The house was sold to Thomas Ruffin in 1865 who named it "Little Hawfields." Ruffin died in the Northeast room of the house on January 15, 1870 and his wife Anne inherited the estate. Upon her death in 1875 the estate passed to her children and a grandchild. In 1904, the wife of William Sterling Roulhac acquired the estate and made several renovations to the property, including relocating the outbuildings to the rear of the house in a formal straight line.

The house is a one-and-a-half-story frame, Federal-style house that is five bays wide and double-pile with a brick foundation, beaded weatherboards, and nine-over-nine wood-sash windows with molded hoods. There is flush sheathing in the pedimented end gables and three gabled dormers each on the façade and rear (north) elevation have flush sheathing and fixed twelve-light windows. A window on the left (west) elevation has been covered with flush sheathing. The double-leaf three-panel door centered on the façade is flanked by two-over-two wood-sash windows over a fixed panel in lieu of sidelights and has a blind arched transom. The entrance is sheltered by a one-bay-wide, front-gabled porch supported by slender Tuscan columns with decorative, scalloped shingles in the gable and there is flush sheathing under the porch roof. There are two interior brick chimneys in the left (west) gable and an exterior brick chimney in the right (east) gable. A shed- roofed porch extends across the right three bays of the rear elevation. It is supported by round brick columns on low brick piers and there is flush sheathing under the porch roof.

A hip-roofed flower house projecting from the right elevation has brick piers with fixed multi-light windows between the piers and multi-light awning windows at the upper part of the wall. There is a fifteen-light French door and weatherboards on the rear (north) elevation of this wing. A one-story, gabled wing at the right rear (northeast) corner of the house was constructed as a serving room; it stands perpendicular to the house and is connected to a side-gabled kitchen wing via an exterior hip-roofed porch supported by slender columns. Both wings have plain weatherboards, six-over-six wood-sash windows, and modern six-panel doors. There is an interior corbelled brick chimney in the east gable of the kitchen building. There are two small gabled additions on the left elevation, each with weatherboards, flush eaves, and an entrance on the west elevation. The interior of the house is detailed with fine Federal mantels, wainscoting, trim, and an elegant ramped John Berry staircase similar to the one at Sans Souci. 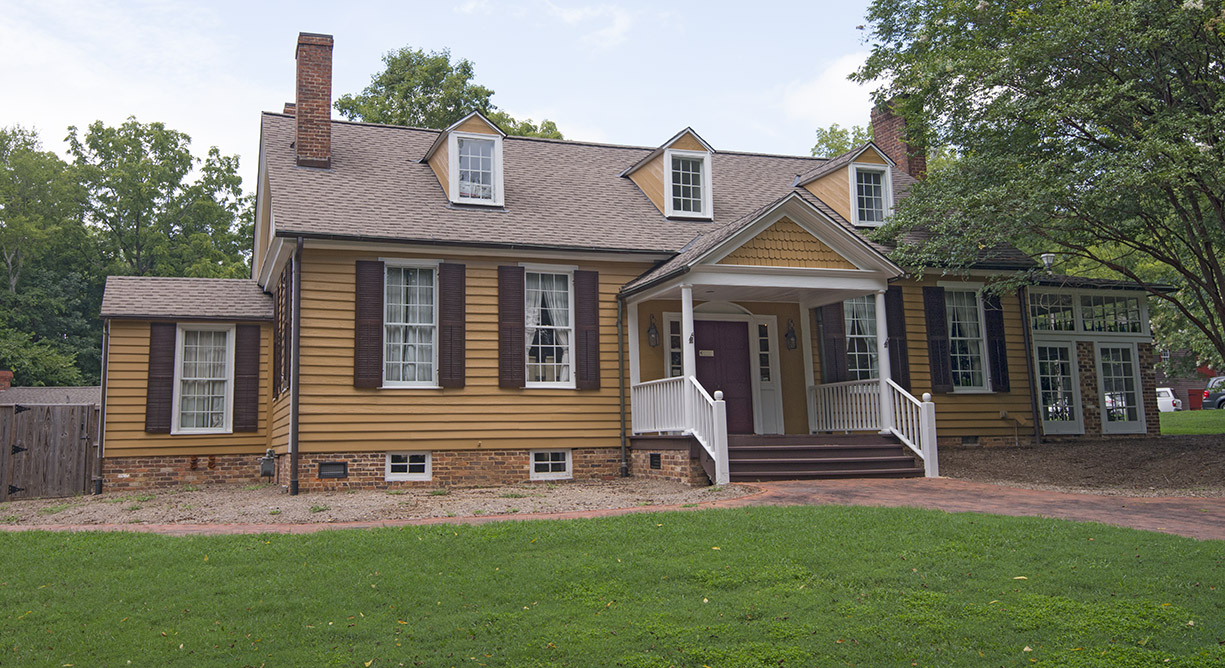 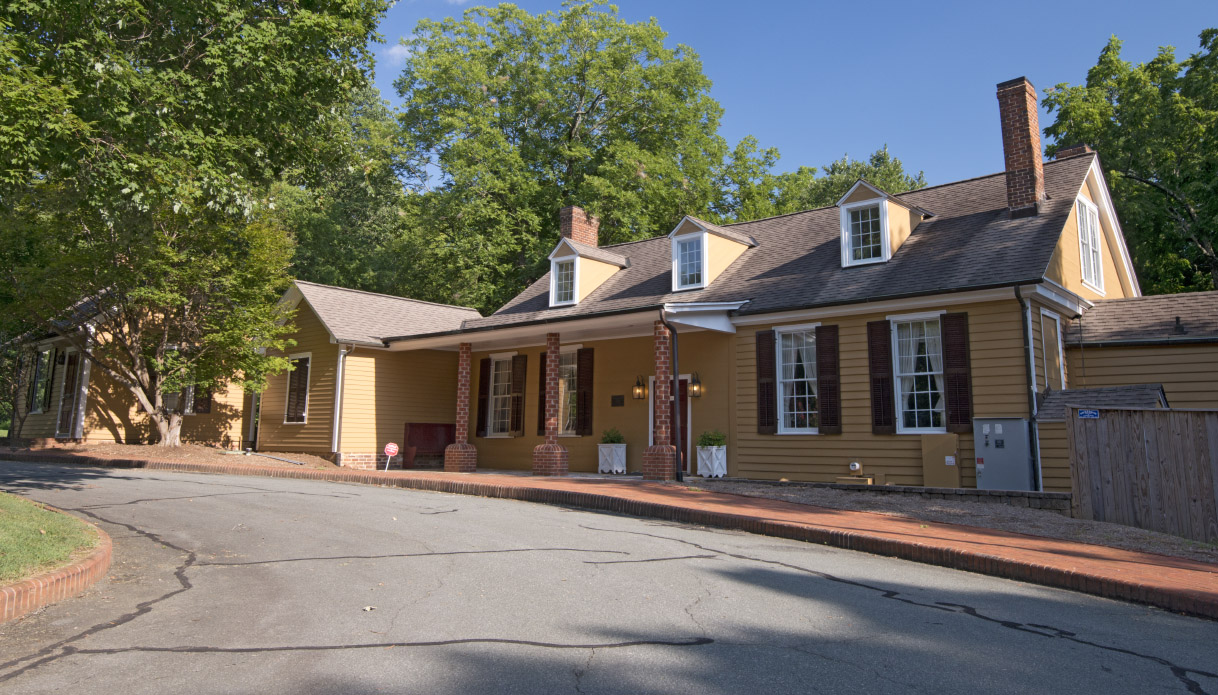