Built in the 1820s, on Edmund Fanning's old lot, this house has passed through the Scott, Lynch, Strudwick, Webb, and Hooker families. It appears to have been 'victorianized' around the turn of the 20th century. 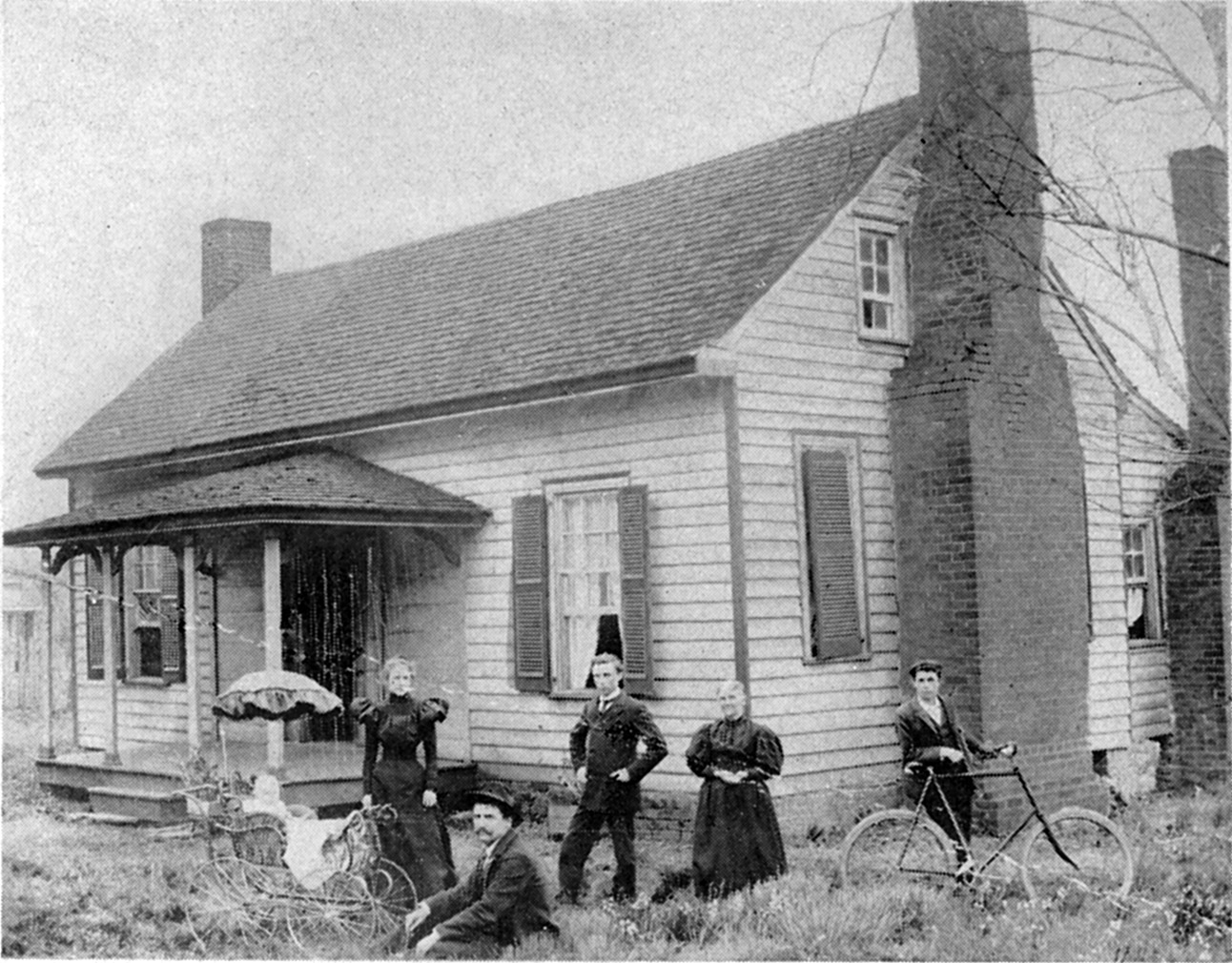 What is now known as the "Scott House" was likely built ~1817 by James Thompson on Lot 34, which was one of Edmund Fanning's lots (Fanning's house stood on W. King, at approximately the location of the Masonic Hall.) Per Jean Anderson, Thompson sold Lot 34 to Mary Reid Cameron Anderson in 1818 (along with her two sons William E. and Walker Anderson) which included a house that he had "almost finished." Mary Anderson "completed the construction of the house and its outbuildings, and added a porch, cellar, and fence. In 1823, the house was described as having six large rooms with fireplaces, an excellent cellar, a garret room, six closets, and all necessary outbuildings."

The house appears to have been in the possession of the Turrentine family in the mid-1800s, and ownership by Samuel Schoolfield factors in somehow. The Lynch family likely owned the house in the 1890s.

In 1904, John T. and Bethie Borroughs sold the house to Jule C. Scott.

The one-story, triple-A-roofed house is three bays wide and single pile with a gabled ell at the right rear (southwest). The house has beaded weatherboards, six-over-nine wood-sash windows, exterior end brick chimneys, and an interior chimney in the rear ell. The right (west) chimney has been covered with stucco and both exterior chimneys are flanked by four-over-four windows at the first-floor level and four-over-two windows in the gables. The house has flush gable ends, boxed cornices, and notched weatherboards in the front gable, which likely date to the late nineteenth century. The two-panel, Greek Revival-style door is centered on the façade, flanked by ten-light-over-one-panel sidelights, and sheltered by a near-full-width, hip-roofed porch supported by late nineteenth-century turned posts. The rear ell, constructed around 1911, has six-over-six wood- sash windows. It is unclear who constructed the house.  The house appears, without the rear ell, on the 1888 Sanborn map, though the rear ell is shown on the 1911 edition.

Curtis Scott House: Lot thirty-four, on which this small house stands, was part of Edmund Fanning's large estate, and may have belonged earlier to Col. Thomas Hart . Fanning's purchase deed of 1769 says he has built a "mansion house" on the lot, but the present house seems to be about a half century later. William Johnston, one of Farming's trustees and executors, sold the lot for £50 on April 13, 1783 to the Signer, William Hooper. Thereafter there have been many owners, including Dr. James Webb, Dr. Edmund Strudwick, and Nathan Hooker.

The front portion of the present house appears to have been built in the early 1820s. It has end chimneys, and it is possible that it originally had narrow dormers. It has an interesting enclosed staircase and handsome, wide pine boards. The Scott family has owned the house for about sixty-five years.