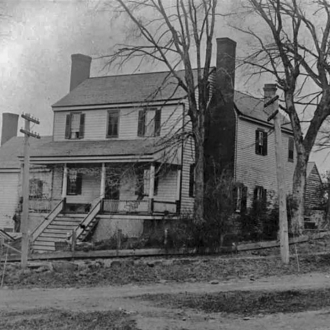 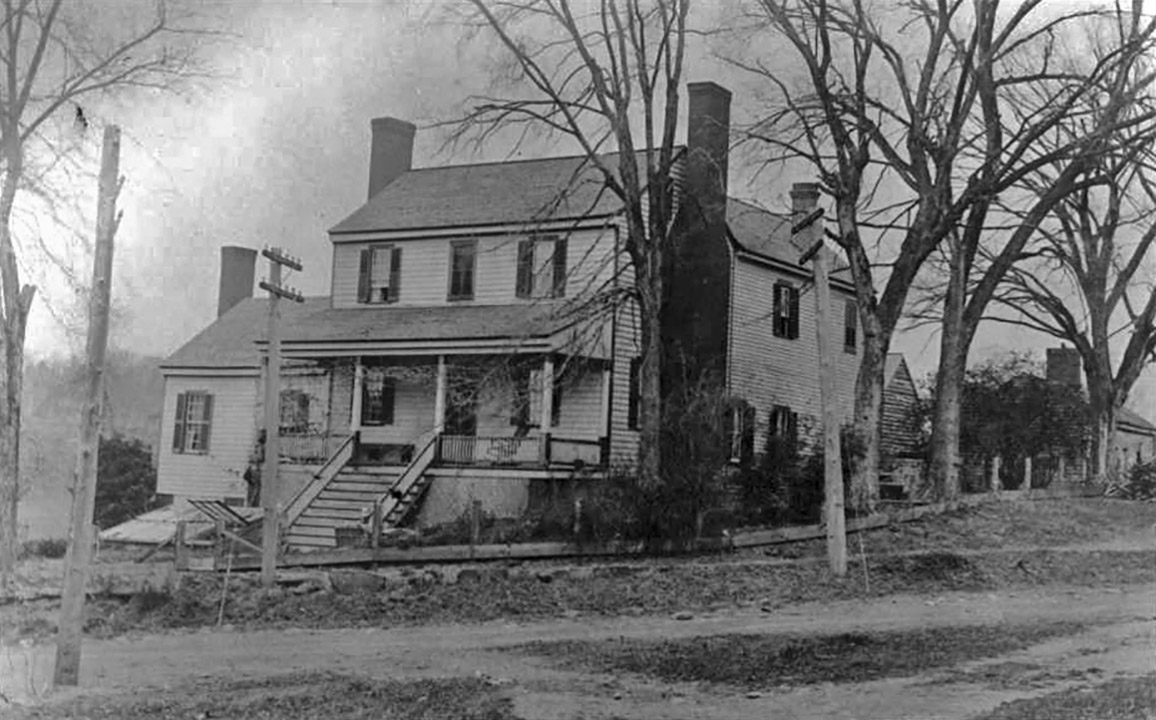 The Dr. R.J. Murphy House: The Murphy house is an example of early Piedmont architecture. The main central block of the house was built before 1800, possibly by Barnaby Cabe. The lot belonged to William Reed, high sherifff of Orange and first keeper of the weights and measures. A still house existed on the lower side of the lot in addition to other buildings sited behind the main house. The house itself was twice used as a tavern. An existing west wing of 1 1/2 stories was added before 1820, and a north wing of 2 stories added sometime between 1877 and 1925. The house [was restored] by Dr. and Mrs. Murphy [during the 1960s.]

Addl'l information via the Pelican Guide:

Seven Hearths, a house built on five levels, is an excellent example of Piedmont Architecture. [...] Interesting features include its huge chimneys, reeded mantels, and seven fireplaces. Africa Parker, a freedman, once operated a still house near the western boundary of the lot. The property is sometimes referred to as the 'Stillhouse Lott,' and the stream is called the 'Stillhouse Branch.' A large specimen magnolia now stands near the still house. 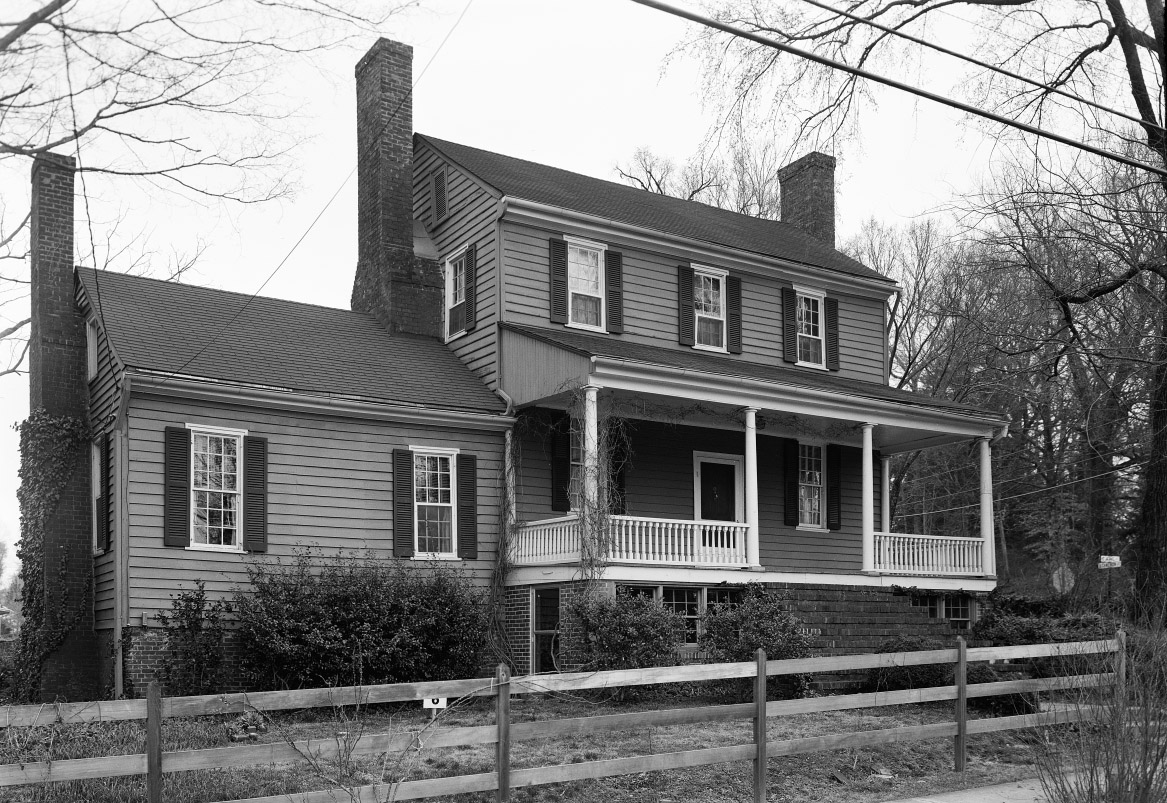 From the National Register Listing:

This important early landmark is an example of the Federal style, though the core may be a Georgian-era structure. The two-story, side-gabled house is three bays wide and single-pile with beaded weatherboards, boxed eaves, nine-over-nine wood-sash windows on the first floor, and nine-over-six windows on the second floor. The six-panel door is centered on the façade and sheltered by a full-width, shed-roofed porch supported by slender Tuscan columns with a turned railing between the columns. Exterior end brick chimneys flank the main block of the house. The east chimney is laid in a Flemish bond with glazed headers. The west chimney is partially obscured by a c. 1830 1-story side-gabled wing addition which itself has an exterior end chimney laid in one-to-six common bond. The one-story wing has nine-over-nine wood-sash windows with six-light windows flanking the chimney. There is a two-story gabled ell at the right rear (northeast) with an interior brick chimney and an eight-over-eight wood-sash window flanked by four-over-four windows on the right (east) elevation of the first-floor. There is a one-story, shed-roofed porch on the left (west) side of the rear ell and on the rear (north) elevation of the side-gabled wing, each supported by slender square columns.

The main, two-story portion of the house was likely constructed around 1754, with the one-story wing to the west added around 1830 and the two-story rear wing, probably a separate early house, added after 1877. Early owners operated a tavern in the basement rooms with fireplaces and a separate entrance. The attached full width Doric porch is a replacement. The original owner of the lot was William Reed, a town official and tavern keeper, other owners include J.E. Laws (nationally known Register of Deeds) and the writer, Peter Taylor. County tax records date the building to 1754 and a sign in the front yard reads “Wm Reed’s Ordinary c. 1754”. The house is also known as 'Seven Hearths' 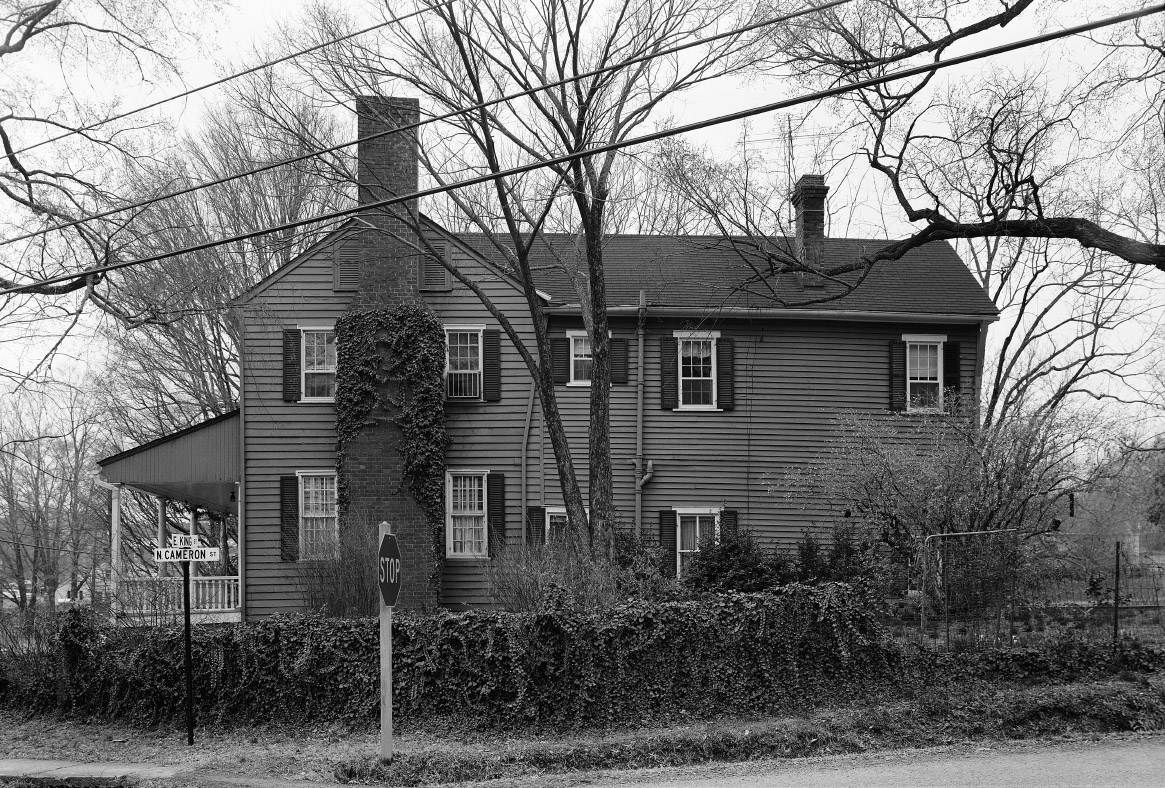 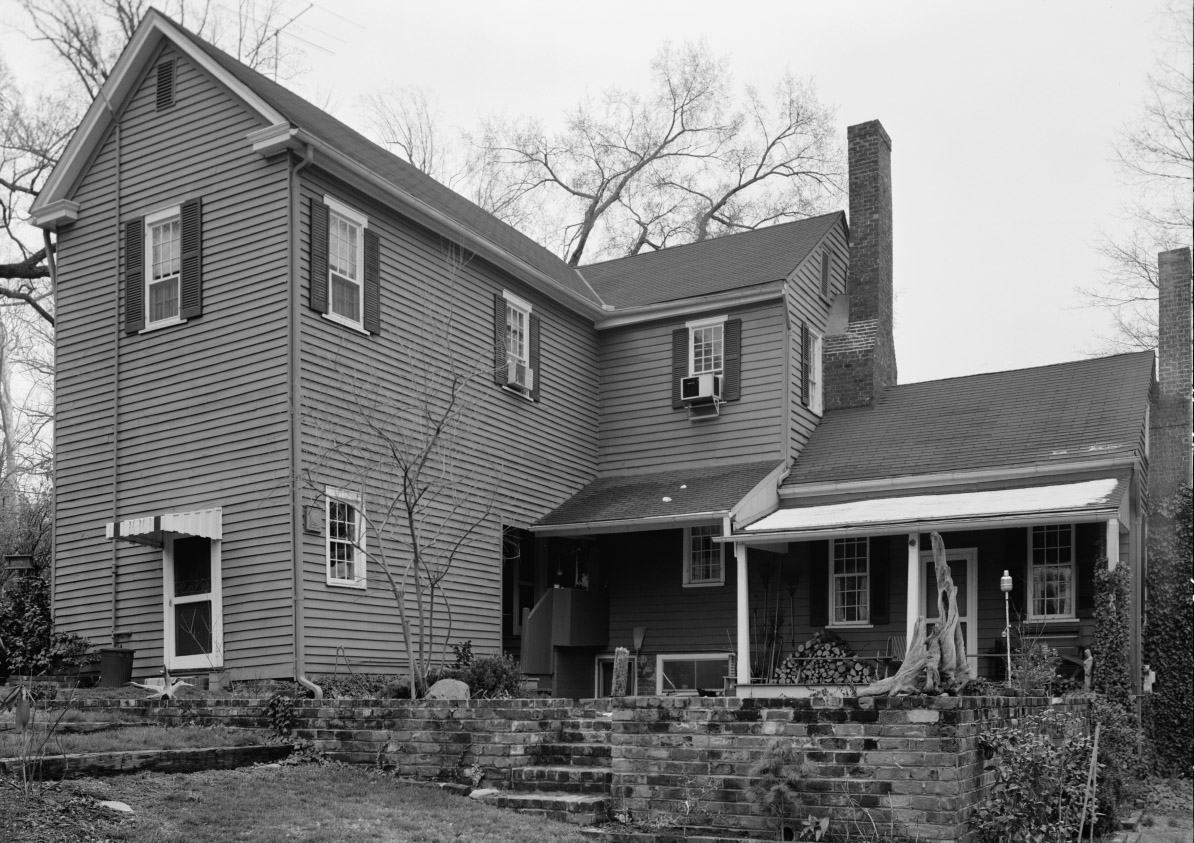 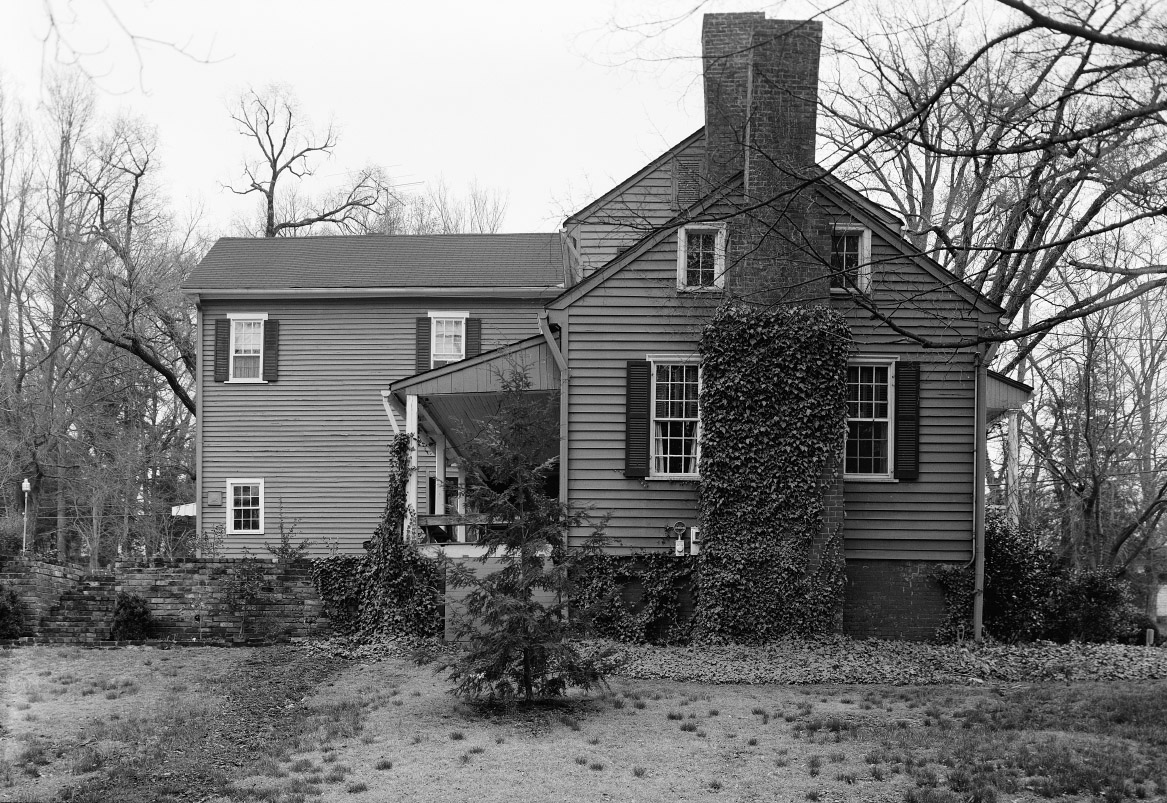 Mrs. William Hayes had a large flower garden here from 1877 to 1919. At that time, the gate was to the right of the present one, and rock steps led to a porch and east entrance. Under the porch there was a greenhouse, heated by an oilburning stove and lamps, Potted plants stood on the retaining rock wall, and many of these were held over winter in a brick flower pit in the front yard. Sun shining through the glass cover, kept the pit warm in winter. Violets and geraniums bloomed inside and, after Christmas, fragrant freesias.

There is still a branch running through the garden and continuing across the open land in front of the house. This stream, The Still House Branch, formerly serviced a tanyard. The lines of the ditches they used can still be traced.

There was formerly a small house in the garden, which was used by Rev. Mr. Donnely, who was at St. Matthews between 1848 and 1855, while Moses Curtis was in Society Hill.

During the Civil War, the main house was used as a hospital for convalescent soldiers.

Dr. and Mrs. Robert J. Murphy began the work of restoration in 1954, and have developed a particularly colorful and charming terraced garden. There are many interesting old roses, remaining from plantings of long ago. 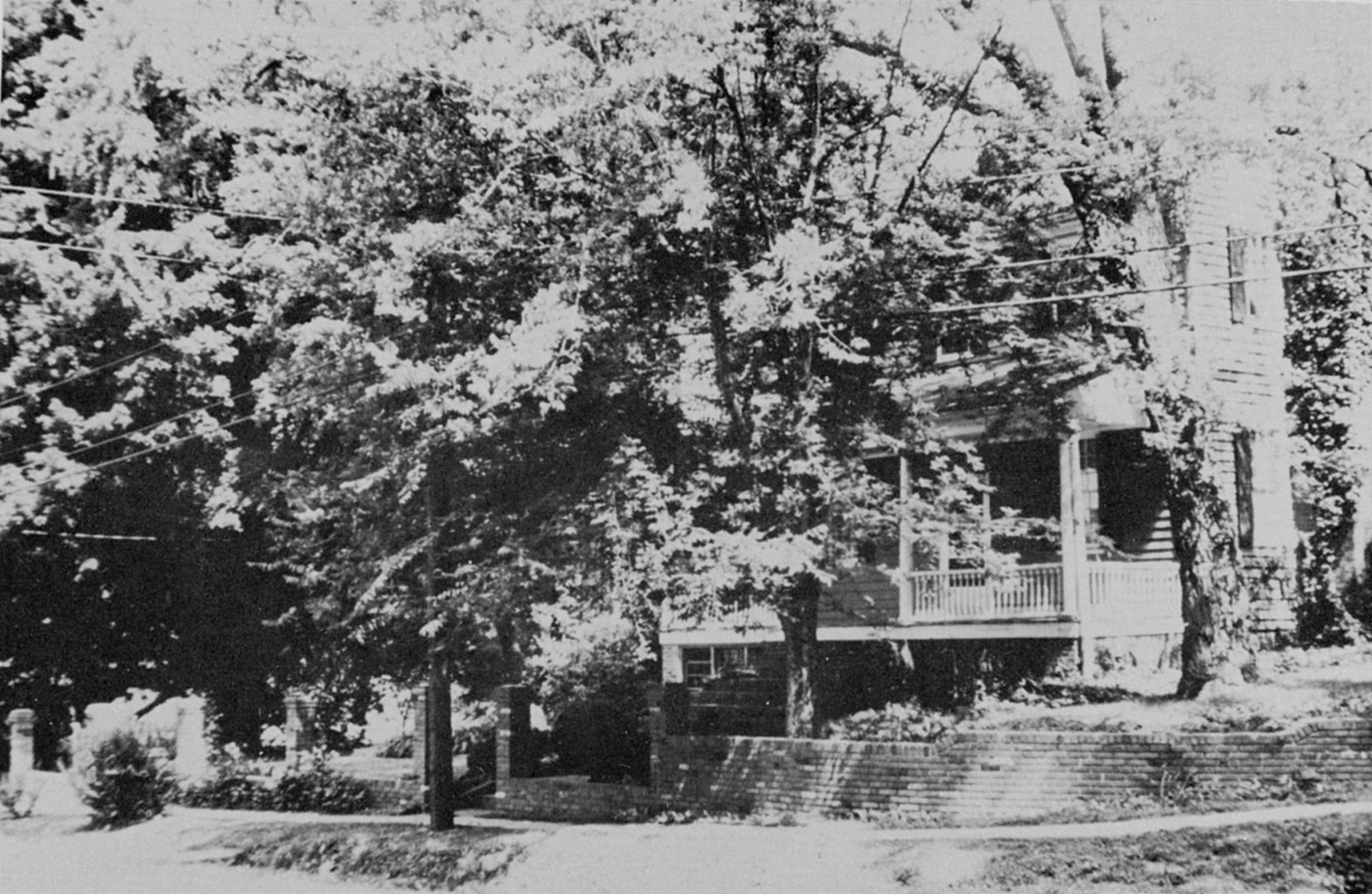 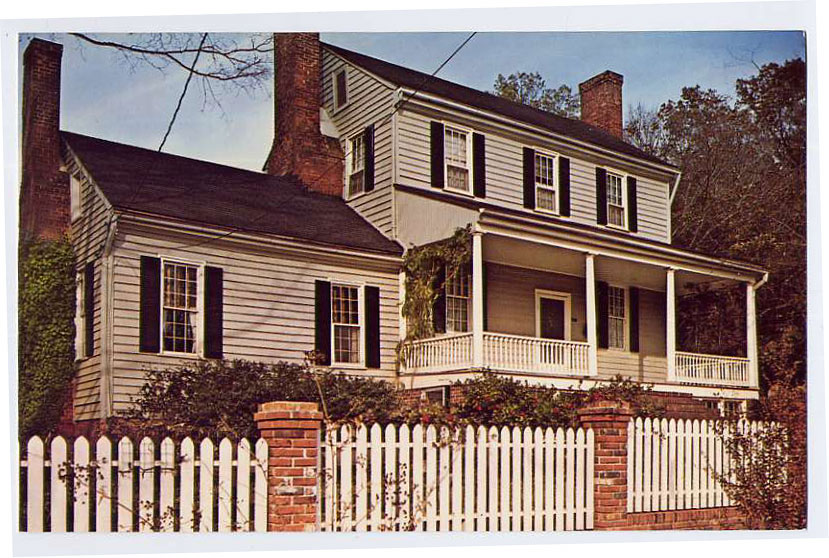 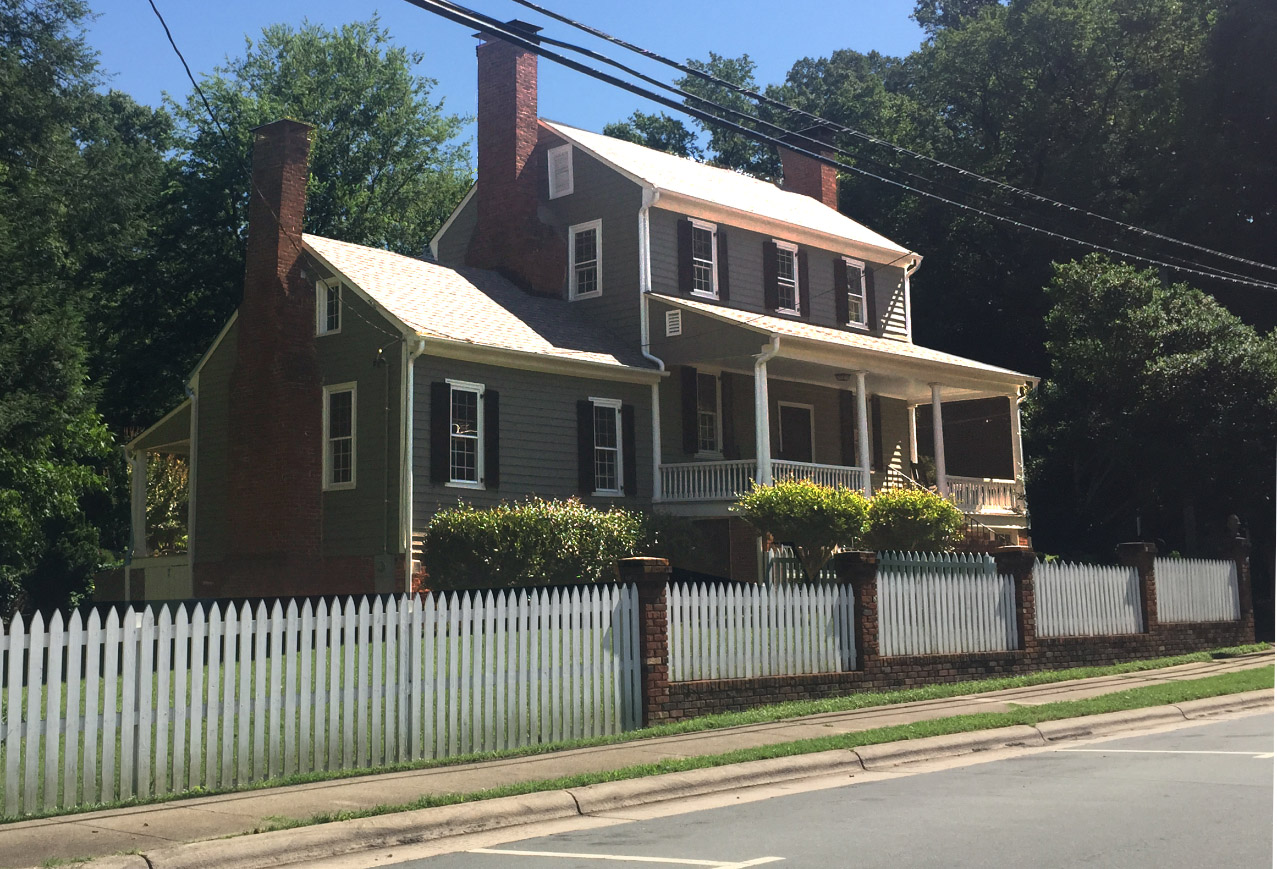