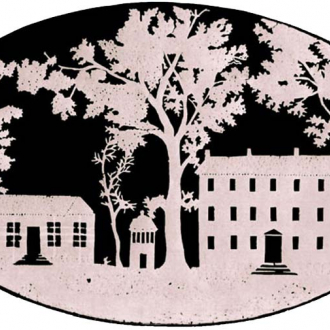 Construction on Steward's Hall began in 1793 and was completed in 1795. Steward's Hall served as the university commons, dining hall, and ballroom until 1816. It was then rented out to boarders until 1847 or 1848 when it was dismantled and removed from the site. 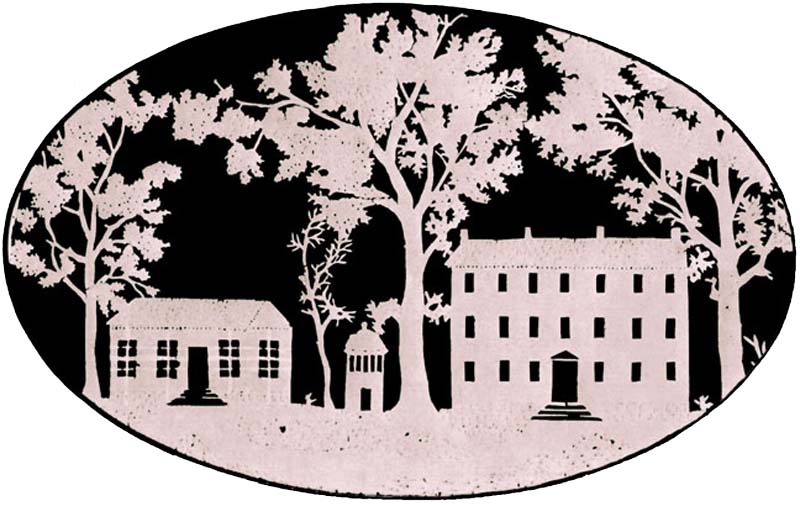 By February 1795, when the first students arrived at UNC to take classes, the campus was comprised of three buildings: East Building, Steward’s Hall, and the President’s House. Of these, only [Old] East remains.

(Most of the following is from a Documenting the American South webpage:)
When the University was founded, a commons building in which students could purchase meals and dine with their comrades was needed. The Trustees were also concerned with a place to hold Commencement balls. The answer to both needs was Steward's Hall, and construction began in 1794. Steward's Hall was a small wooden house, two stories tall and painted white, that measured 30 feet by 36 feet, and had two chimneys. The builder was Martin Nall. The estimated cost for Steward's Hall was $700. It was completed in 1795, in time for the opening of the University.
From the beginning, the administration of Steward's Hall was cause for unrest. Student complaints regarding food and care were many. The fare was, according to January 1795 Trustee minutes, supposed to be quite nourishing: coffee and warm bread for breakfast, meat and greens for dinner as well as "a sufficient quantity of fresh meats, or fowls, or puddings and Tarts." The students, however, told a different story. In a letter home to their father dated October 1795, John and Ebenezer Pettigrew wrote, "The steward provides very sorrily [sic] [. . .] it is impossible to discribe [sic] the badness of the tea and coffee, and the meat generally stinks, and has maggots in it." The service of stewards John Taylor and Pleasant Henderson helped fuel the student uprising of 1799. In 1801, Henderson's house was stoned, and he did not reapply for the stewardship.
Though the original plans called for a kitchen within the house, a separate one was soon built. In July 1795 the Treasurer paid Samuel Hopkins £49 16s. 8p (approximately $100) for the "Steward's Kitchen." By 1804, Steward's Hall was in dire need of renovation. Extensive repairs were made, including a new door, ceilings, chimneys, locks, and benches. Building improvements were again made in 1814 by Bennett Partin, who completed an addition for $456. Circa 1816 Steward William Barbee retired, and the stewardship was abolished. Steward's Hall was subsequently rented to a series of individuals, most of whom continued to provide board to students. By this time, however, there were numerous other options for boarding in the town. Original records are sketchy, but there are indications that the stewardship may have been revived briefly in the late 1820s.
By 1820 Professor Denison Olmsted was using part of the building for a laboratory. Between 1824 and 1826, the contractor William Nichols made repairs to the building. Bryant Kittrell made more repairs in 1829, for which he was paid $111. In 1836, Thomas A. Waitt provided an estimate for repairs on the Hall, but it is unclear whether he actually made the repairs.
In 1848, Steward's Hall was dismantled. The main part of the house was sold to Isaac J. Collier and J.W. Carr for $165, and the proceeds went towards the construction of a new Alumni Hall. According to Kemp P. Battle, Collier and Carr moved their part of Steward's Hall into the village where it was part of the schoolhouse. The remaining wings were given to President Swain, and they became housing for his enslaved workers.
Archaeology of the site was conducted in 1995 and 2007 by UNC's Research Laboratories of Archaeology. 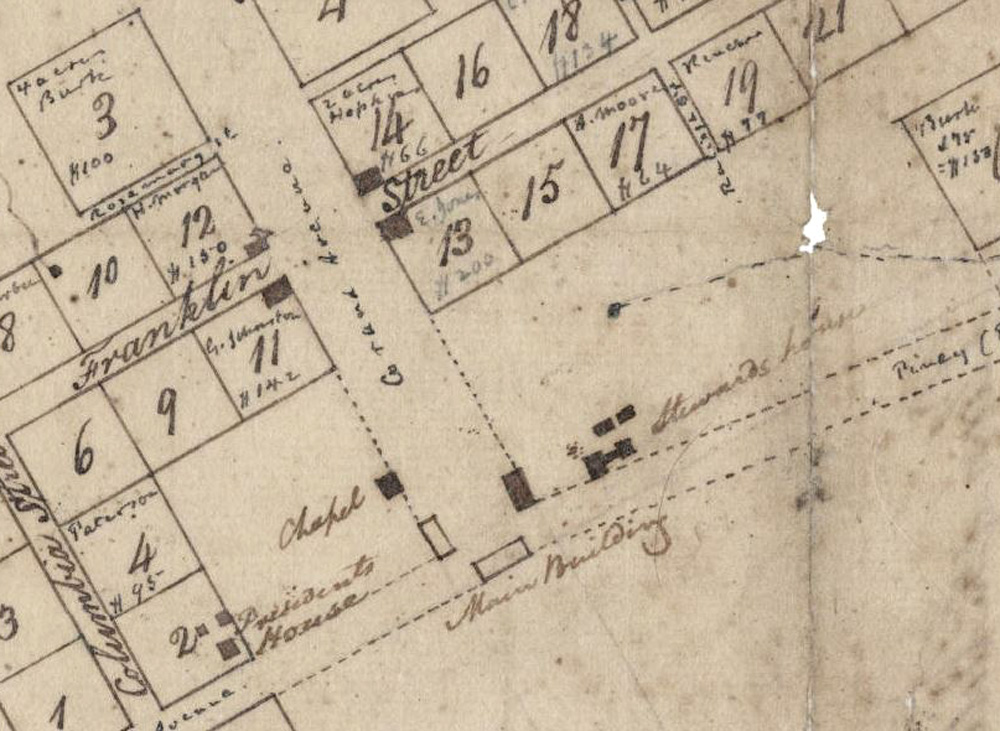 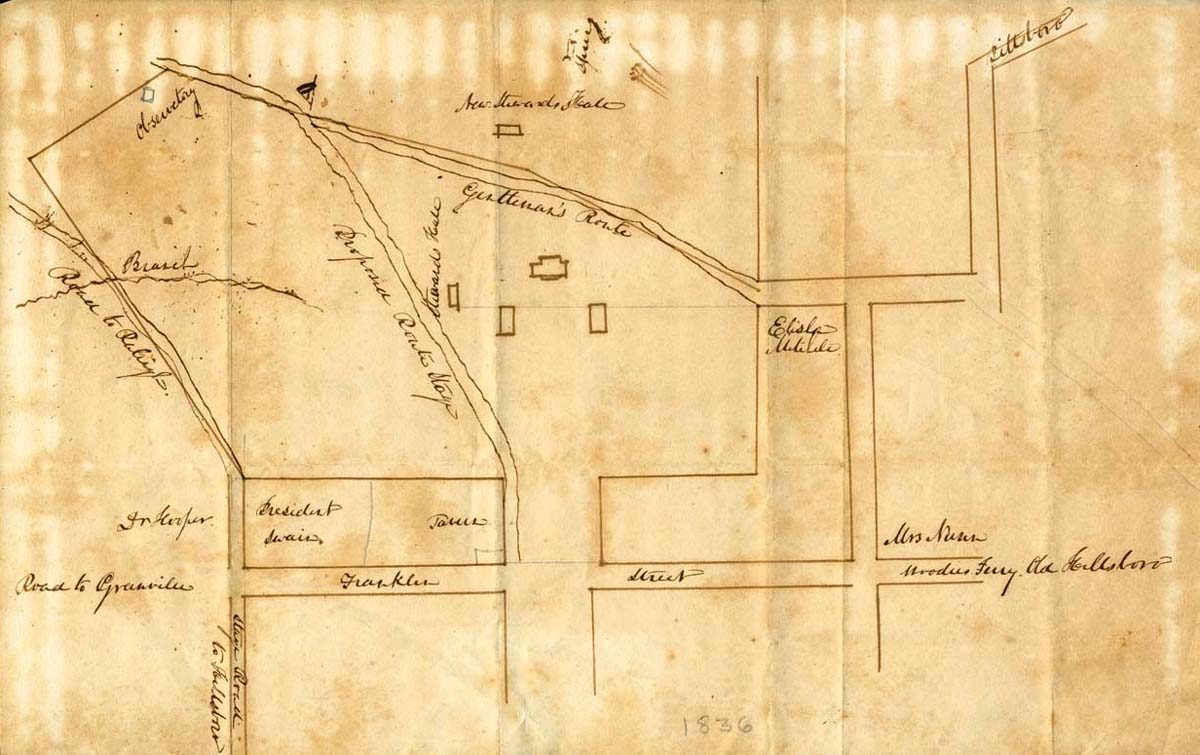 In an address in 1883 on the history of the University of North Carolina, UNC President Kemp P. Battle described the building’s location, its role in the university’s system of room and board, and the extracurricular events that took place there:
“The Steward’s Hall was situate nearly opposite the New East Building in the centre of Cameron Avenue. It was there that most of the students for many years boarded at Commons, paying for the first year $30, or $3 per month, for the next four years $40 per year or $4 per month, in 1800 rising to $57 per year, in 1805 to $60, in 1814, under the inflated war prices to $66.50, in 1818 to $95, or $9.50 per month, in 1839 to $76, when the system was abandoned and every man made his own contracts for the supplies of life. It was in this building that the ‘Balls’ of the old days were given, at which tradition hath it, venerable Trustees and Faculty, even the great President himself, together with their pupils, with hair powdered and plaited into ‘pigtails,’ and legs encased in tight stockings and knees resplendent with buckles, mingled in the mazy dance with the beauteous damsels of the day, whose brilliant dresses and angelic beauty far be it from me to describe.”