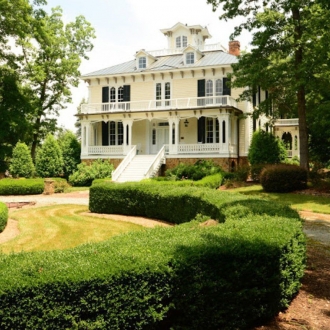 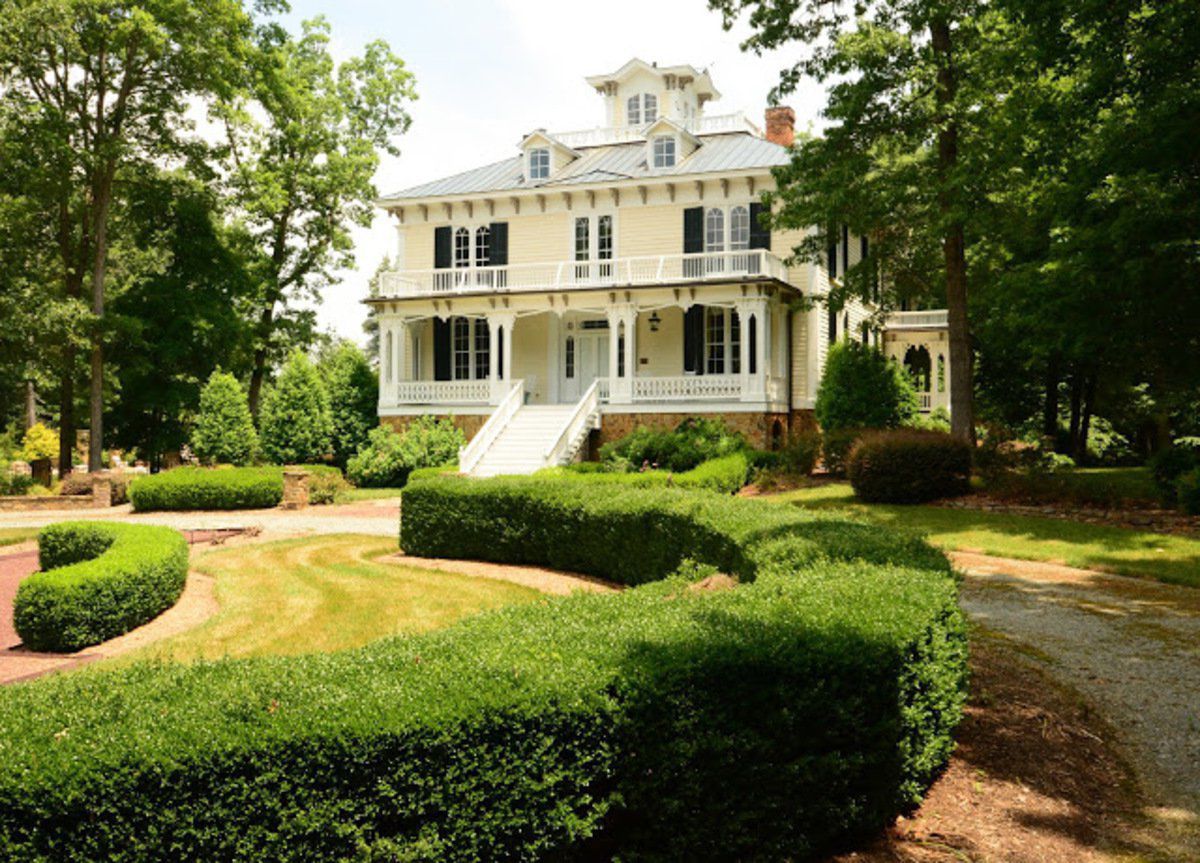 Originally located in Northampton County, Virginia, near Garysburg. The unusually large and ornate Holt-style plantation house, which had a full-height rear wing, featured especially elaborate interior plasterwork, is said to have been shipped from Petersburg. The house was moved to Orange County and substantially altered.

Originally built as [Woodlawn], this property is an historic antebellum mansion on 34 acres, the largest Jacob Holt house in existence and the only home with vertical sliding pocket doors in the parlors. Jacob Holt was a renowned architect in the mid-19th century, originating from Warrenton, NC, and was well-known for his Greek Revival Italianate style. He was commissioned by John Jack Moody in 1840's to revise and remodel his home in Virginia, and then in 1995, the home was dismantled, moved over one hundred miles, then thoroughly restored on its current site.

The home has been thoroughly and faithfully preserved, restored, and modernized with a painstaking plan in 2006-07 that spared no expense. The Elysiana has 18 rooms along with 6 full gorgeous bathrooms and 2 half baths all on four floors with an elevator. Faced with Arkansas ledge stone, including an elegant ballroom, expansive gourmet kitchen, two library parlors separated by unique upward-sliding doors, gracious hallways, eight fireplaces (three equipped for gas), three outdoor porches, and breathtaking gardens. A fabulous custom, large pool, hot tub along with a cabana house surrounded by stone columns and special lighting make this outdoor area the epitome of entertaining. Enjoy afternoons sitting on the side veranda overlooking the pool along with the stable, horses and a 9 acre pasture. There is also a pond on the property for fishing.

Elegant gardens, patios, and pool/hot tub were added, as well as a champion rose garden. During restoration of the home, a crude, hand-painted picture was found on a basement beam, believed to be that of the original occupants. This basement beam has been restored and is now displaced on the first floor, along with artifacts of interior design and tools of the original construction.

The windows of the main house are grand six by nine foot, four-sash units with Palladian-arched tops divided into three wedge-shaped panes. All three main entrances are heavy Greek Revival style with massive moldings, brackets, and snowflake tracery in the sidelights and transoms. All exterior doors are double with the original 1830's working five-inch brass keys. The three porches are embellished with attractive Italianate arches, double column and Victorian balustrades. The well-achieved intent is to convey the feeling of an Italian countryside villa as depicted in Ranlett's and Sloan's model home books of the 1840-50's. The top of Elysiana is crowned by a cupola with a peaked four sashed window and Gothic cloverleaf railings enclosing the treetop widow's walk.