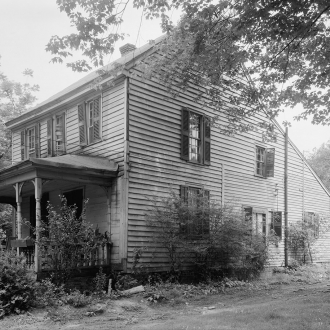 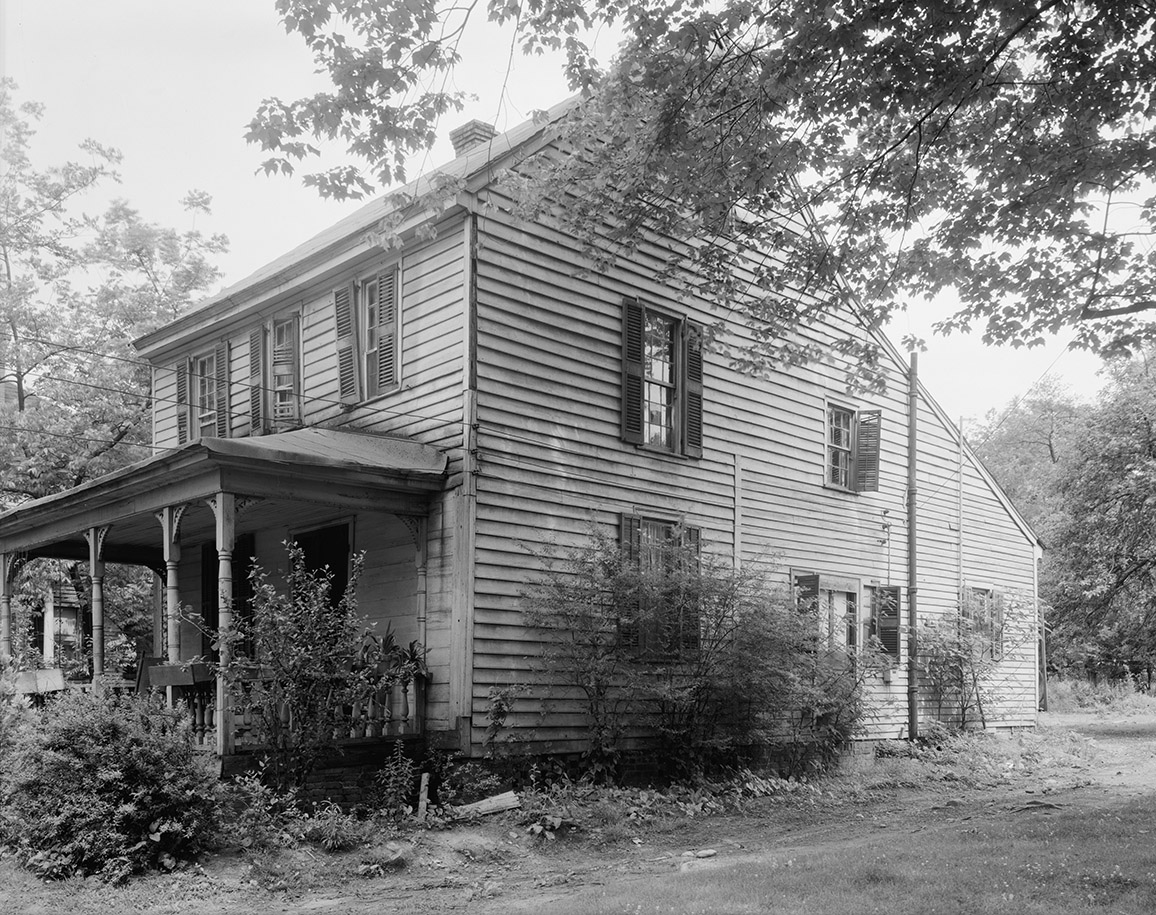 According to Mary C. Engstrom, this was John Slater's Ordinary, built in 1757 on lot 22, and depicted on Sauthier's 1768 map of Hillsborough (see below).

1768 C. J. Sauthier map of Hillsborough excerpt.
In 1757, John Slater and John Stubbs were each owners of 1/2 of Lot 22; Sauthier's map above, from 1768, shows two structures on Lot 22. Engstrom notes that Stubbs and Slater were both Quakers. John Slater also was issued an Ordinary license. This lot ended up in the hands of Edmund Fanning, and was transferred to Memucan Hunt in 1786.
It is possible that the easternmost house on Lot 22 shown on the Sauthier map was 1) John Slater's Ordinary and 2) the same house pictured above in 1938, but as of this writing, the evidence isn't available to demonstrate that. Even if Slater's ordinary is present on the Sauthier map, it is possible that it was located in the eastern 1/2 of Lot 22.
The eastern house on Lot 22 does not definitively appear until the Sanborn map of 1894; of note, it appears to have a footprint and relation to the street very similar to Twin Chimneys on the 1894 Sanborn; Twin Chimneys is also speculated to date from pre-Revolution and evidence does point to it being an 18th century house.
James Strudwick Smith purchased the lot in 1817 for $2000; it seems likely that it was an improved lot at that time. Smith may have been the illegitimate son of William Strudwick. He pursued a medical career, training with James Webb of Hillsborough. He engaged in a large number of 'side' businesses, including James S. Smith and Company, probably a short-lived merchandising business, and general store in Hillsborough in 1819 with with Dr. Thomas Jefferson Faddis, but their account books show that in 1824 the partnership became entirely medical; their later accounts were only for medical services and drugs.

During the same period of the early 1820s, Smith was a partner of Josiah Turner in a copper shop, though he soon sold his share of the business. His largest venture was with Thomas D. Crain in the operation of mills, distilleries, and tanyard of which Smith became sole owner in 1836.

In 1845 he went bankrupt and was divested of all his property except what he had been able to transfer to his wife and children; it is likely that he relocated at that time to a house they named "Oakland" on Smith Level Road and Price Creek outside Chapel Hill.

Notably, this house was likely the birthplace of Cornelia Smith, grandmother of the Reverend Pauli Murray; Cornelia was born to a woman enslaved by the Smith family, named Harriet or Harriot. James Sidney Smith, son of James Strudwick Smith, was widely acknowledged to be her biological father, as he raped Harriot repeatedly.

Sometime after 1845, the house became the property of Samuel M. Gattis, who built a Queen Anne style house next door in 1908. 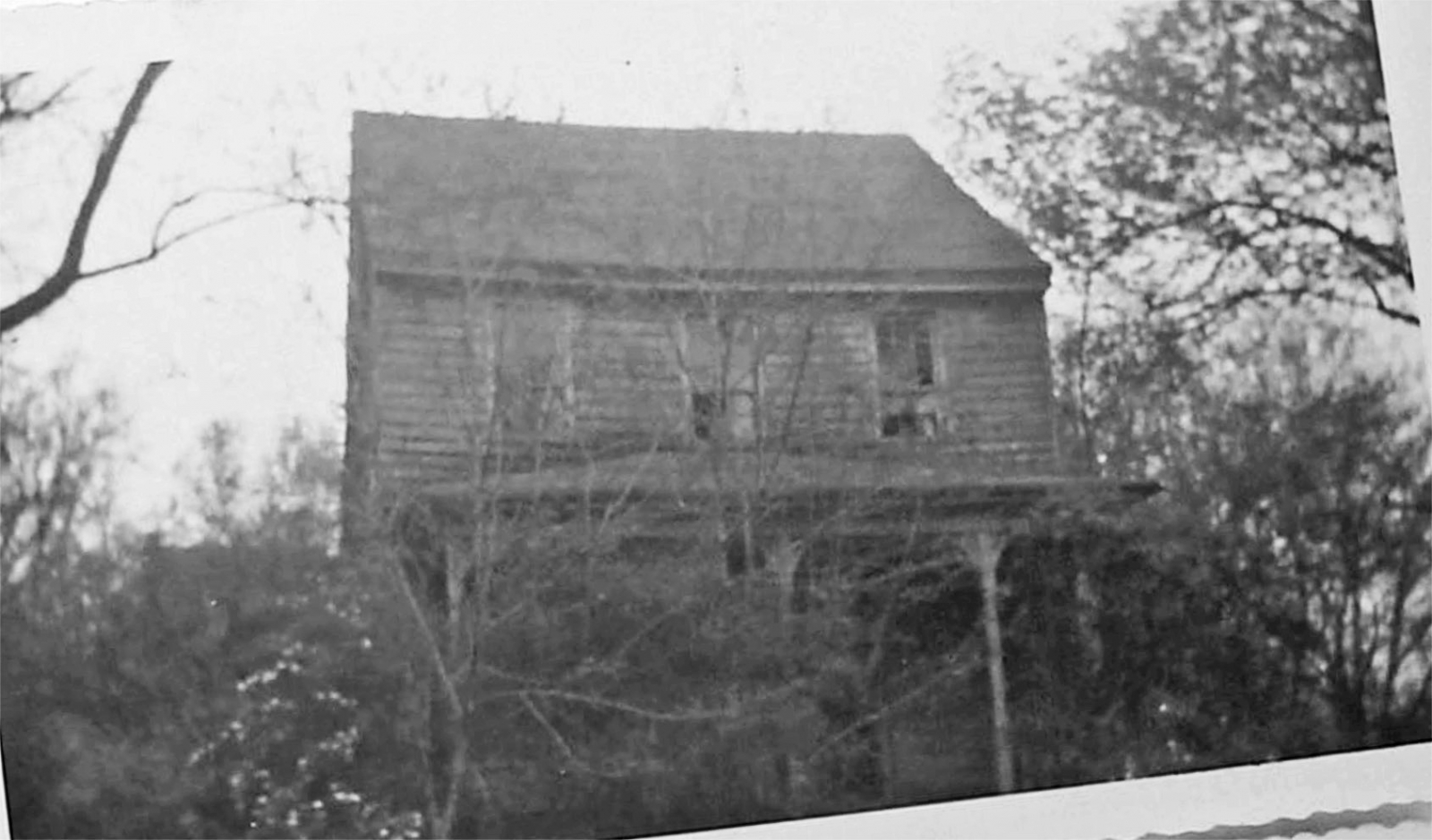 1954 (Pauli Murray, from the Murray Collection at the Harvard Schlesinger Library)

The Smith house was demolished sometime between 1954 and 1955, as the (late) 1955 aerial photo of Orange County does not show it. The area is vacant yard for the Gattis House as of 2017.

The lot is reported to be the gravesite of Samuel Benton, who was buried (likely his cremated remains) there in 1810. 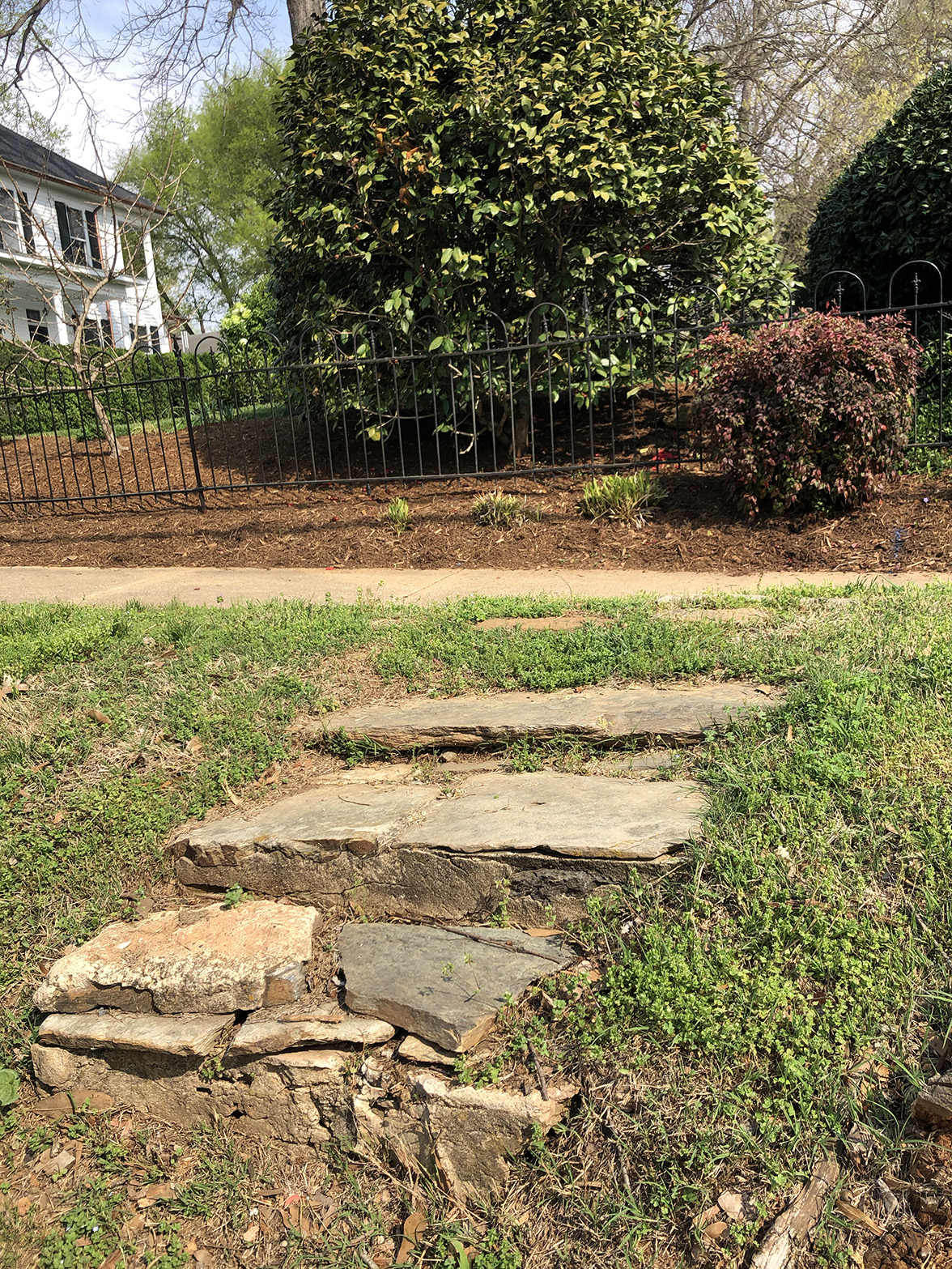 Current view; I believe these steps outside the sidewalk were likely to the house. 03.29.2020 (G. Kueber)

From the February 27, 1886 Orange County Observer: 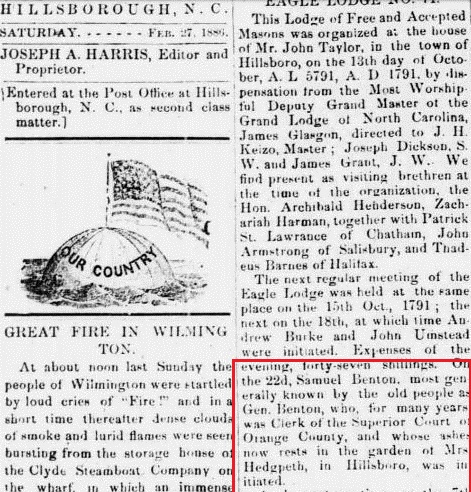