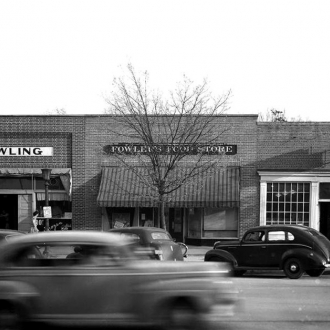 In October 1938, it was converted into a four-lane bowling alley and named Bowling Carolina. John McCauley and J. B. Johns were the proprietors. In October 1940 McCauley sold his interest in the business to William T. Huntley, Jr., and A. H. Bush took over as manager. 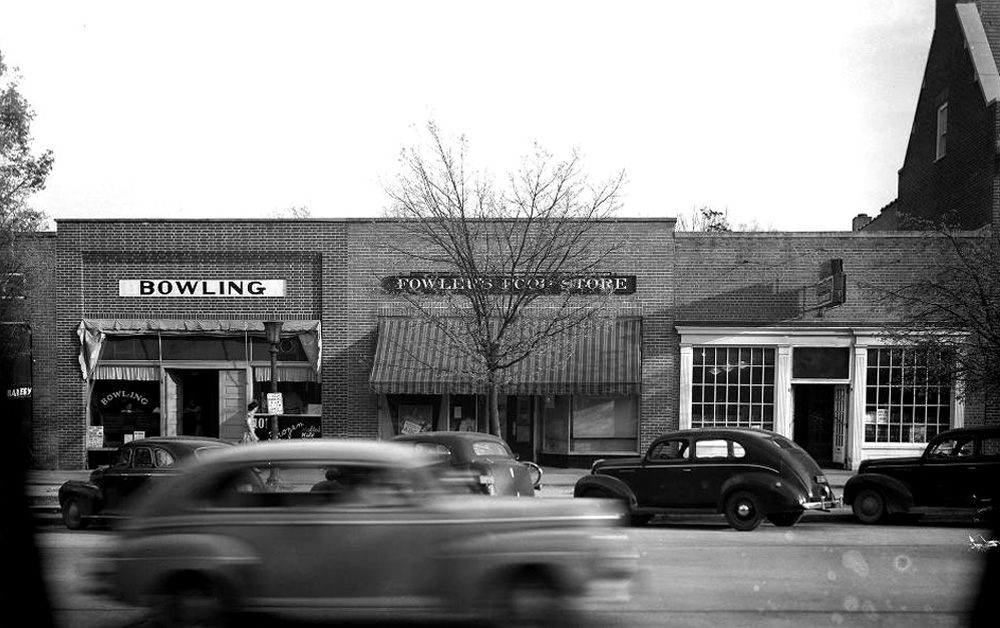 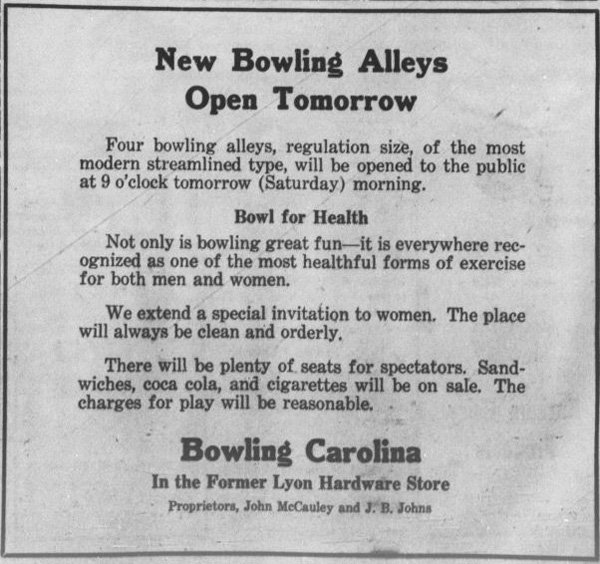 In 1939 a "hamburger counter" or "grill" was added to the bowling alley business. In 1945 James R. Ellis purchased the business.

In November 1947 Ellis removed the bowling alleys (they were sold to a business in Durham) and turned his business into a cafe/sandwich shop, which had a sandwich counter and a "cheeseburger window" (basically a window to the outside for quick food orders and pick-ups). It was named the Village Grill & Sandwich Shop. In September 1957 Ellis expanded the business (to include the installation of air conditioning) and renamed it the Village Cafeteria. 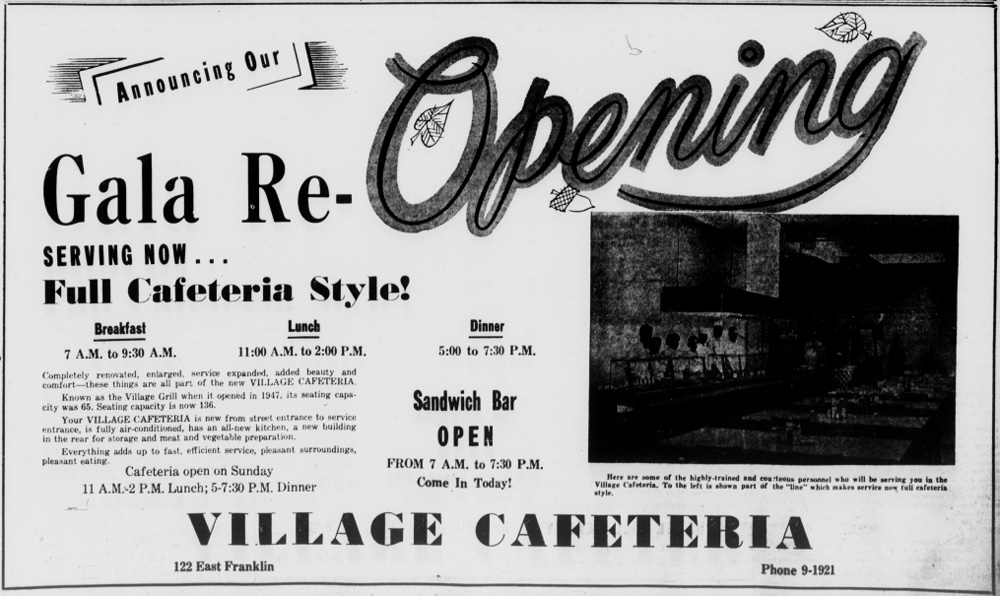 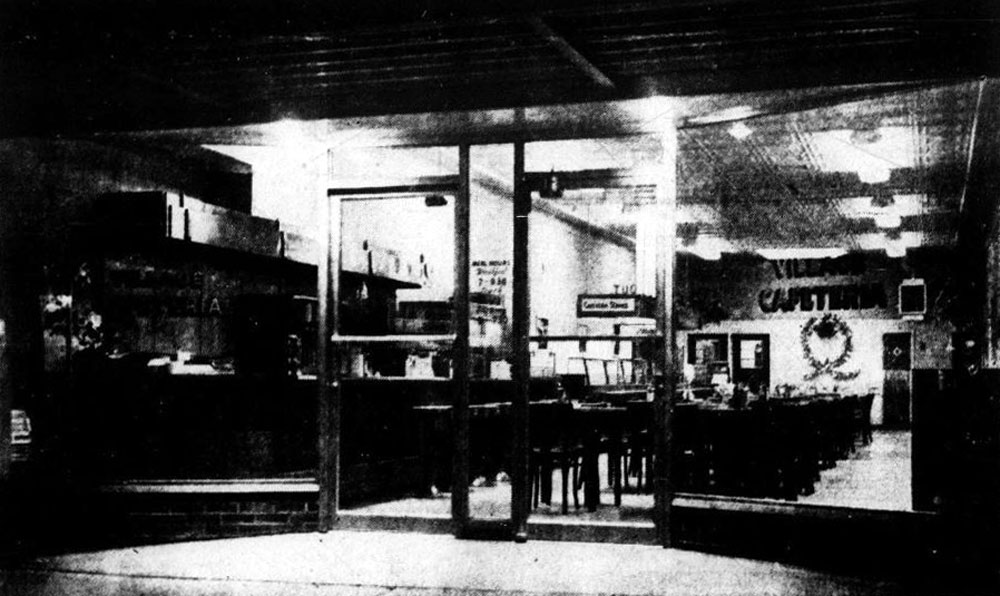 On December 2, 1961, Ellis's son, William, was shot (over a poker debt) by Bobby Lee "Lucky" Moore at about 12:30am while playing cards in the cafeteria; Ellis left through the back door, but his (dead) body was found behind the Ackland Art Museum by a friend of his soon afterwards. In 1966, James Ellis retired and the Village Cafeteria closed. The women's clothing store Sharyn-Lynn Shoppe, operated by Ezra and Evelyn Eisenberg, moved into the space. Its name was changed/adapted over time to the Card & Gift Shop (but still owned by the Eisenbergs). 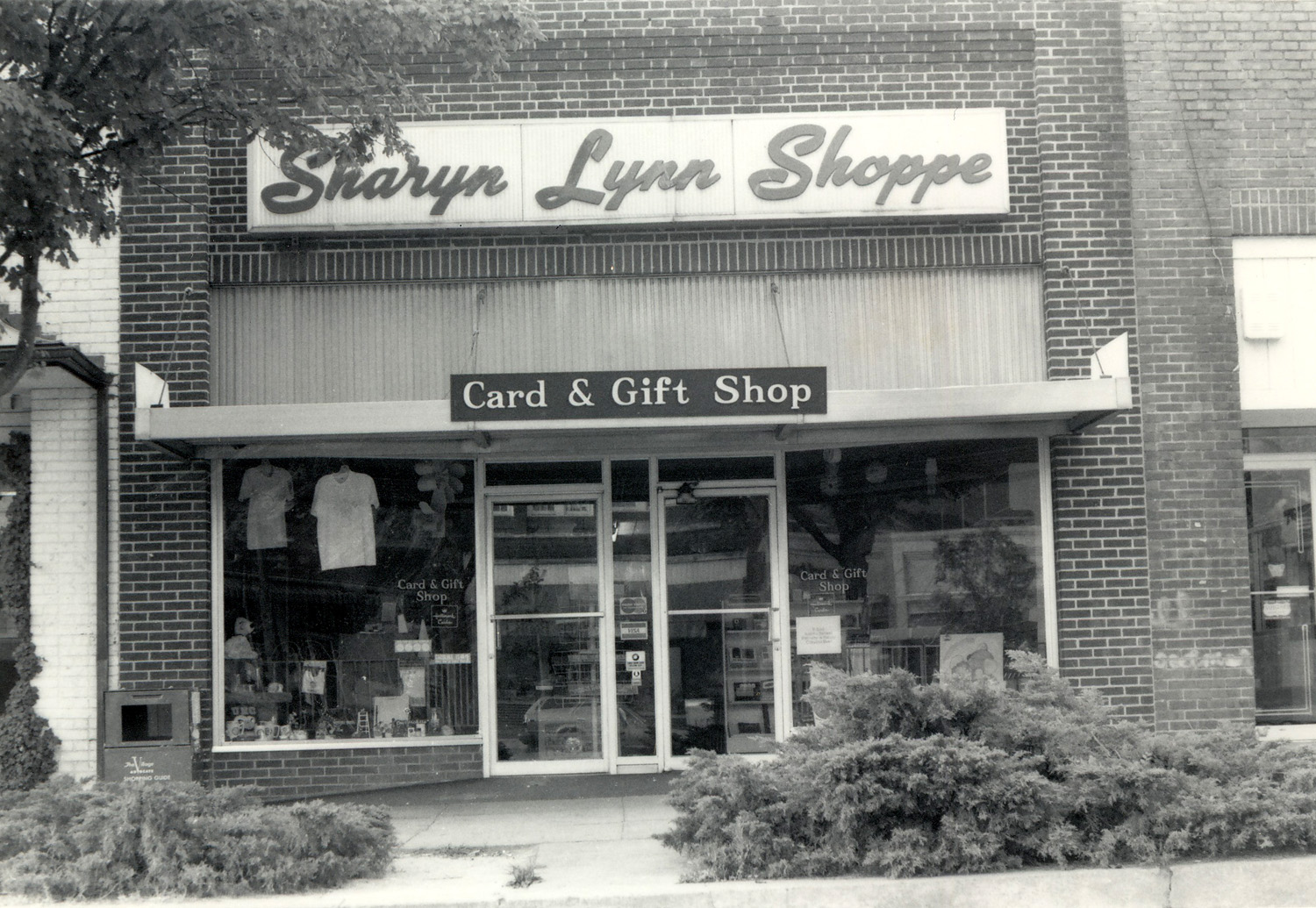 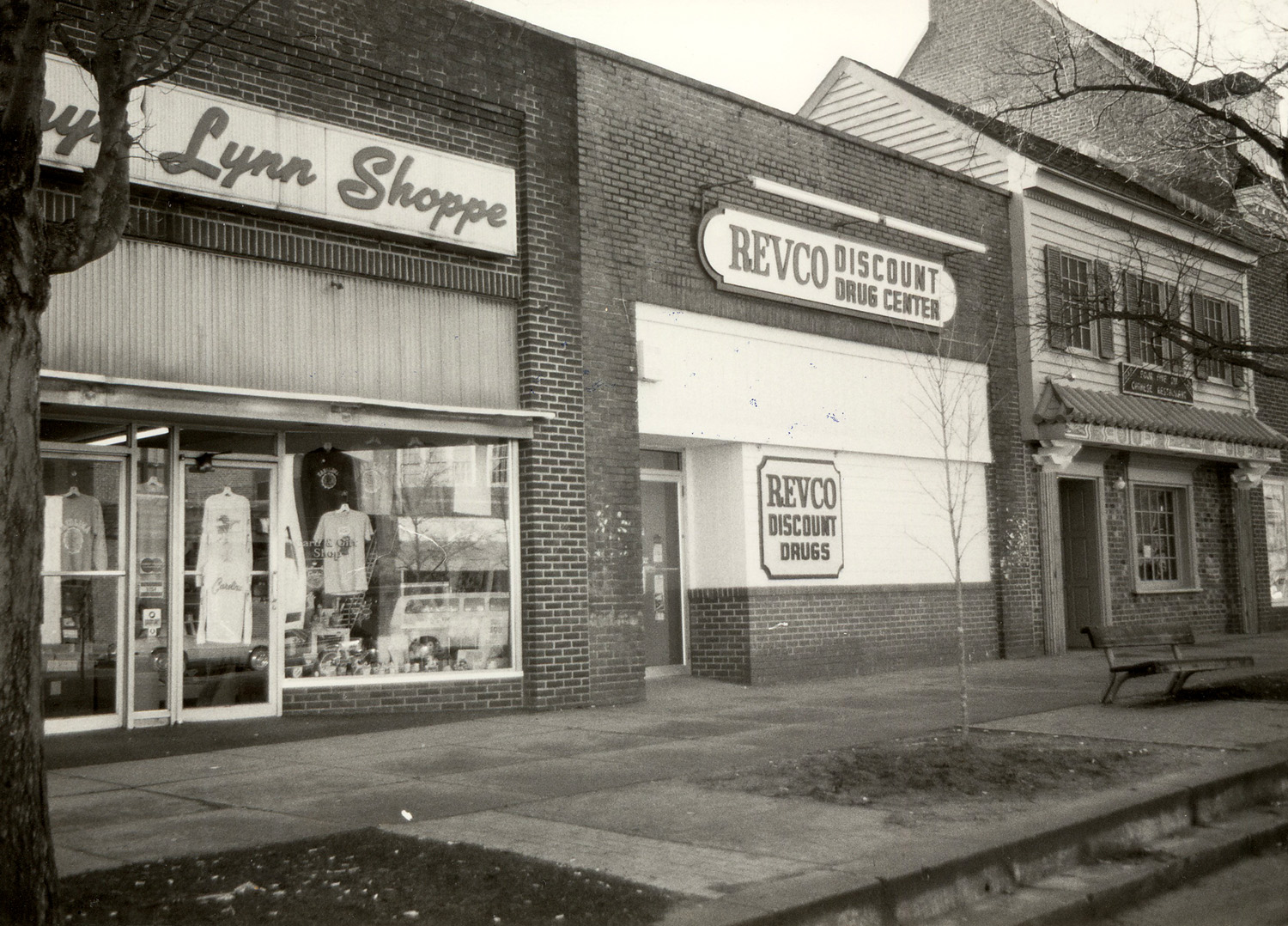 It is currently (2020) a pizza restaurant named Benny Cappella's. 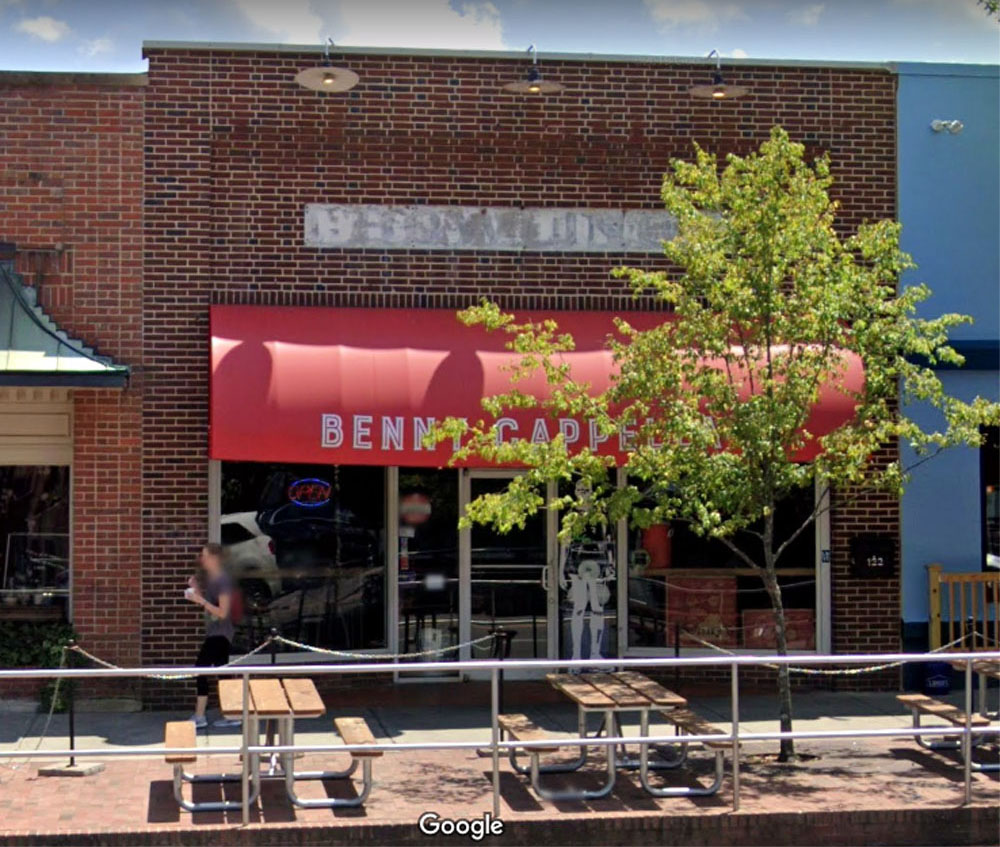 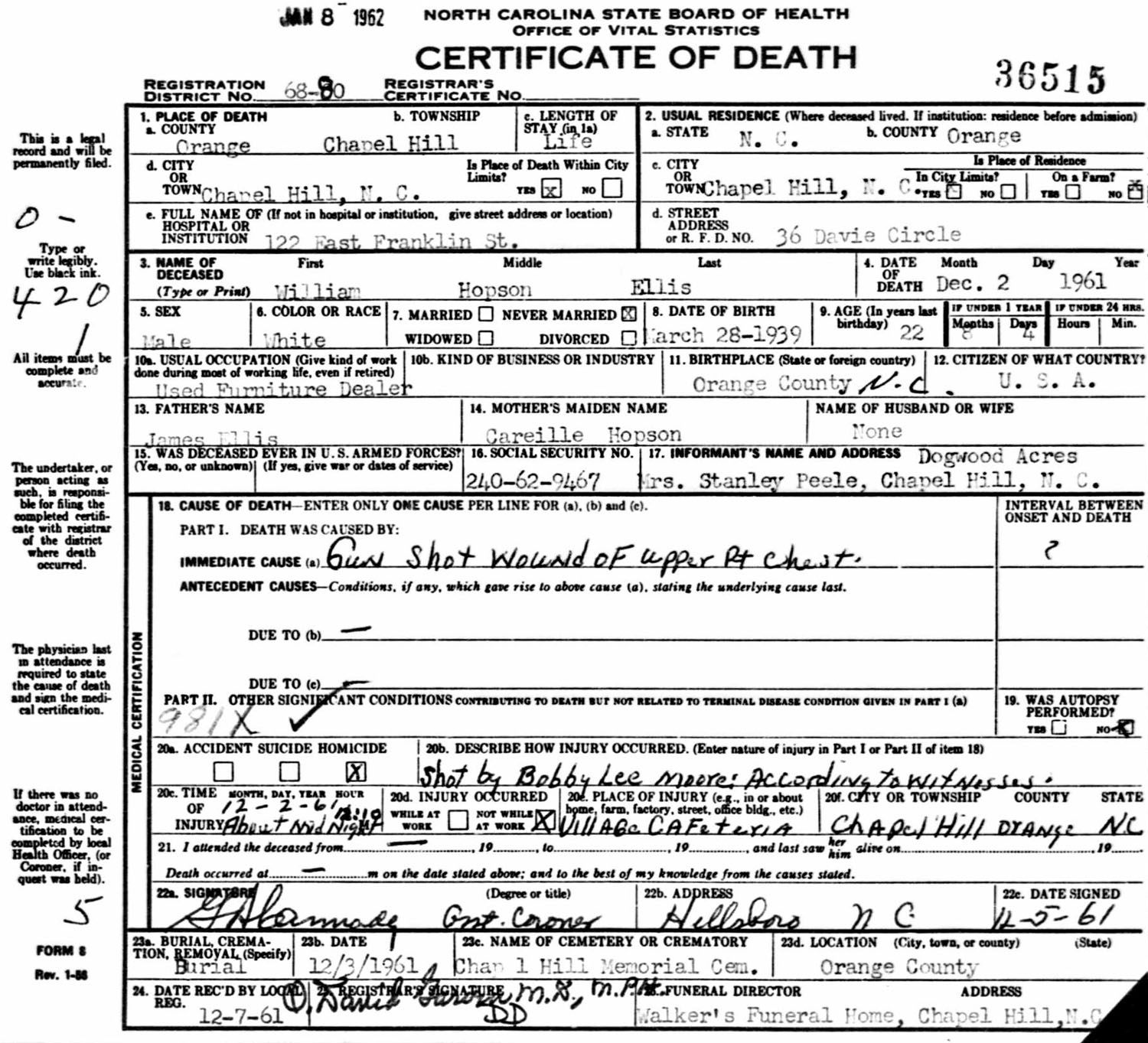