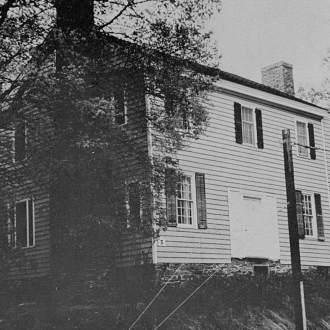 1801 house of William Courtney was used as Hillsborough's first telephone exchange in the early-to-mid-20th century. 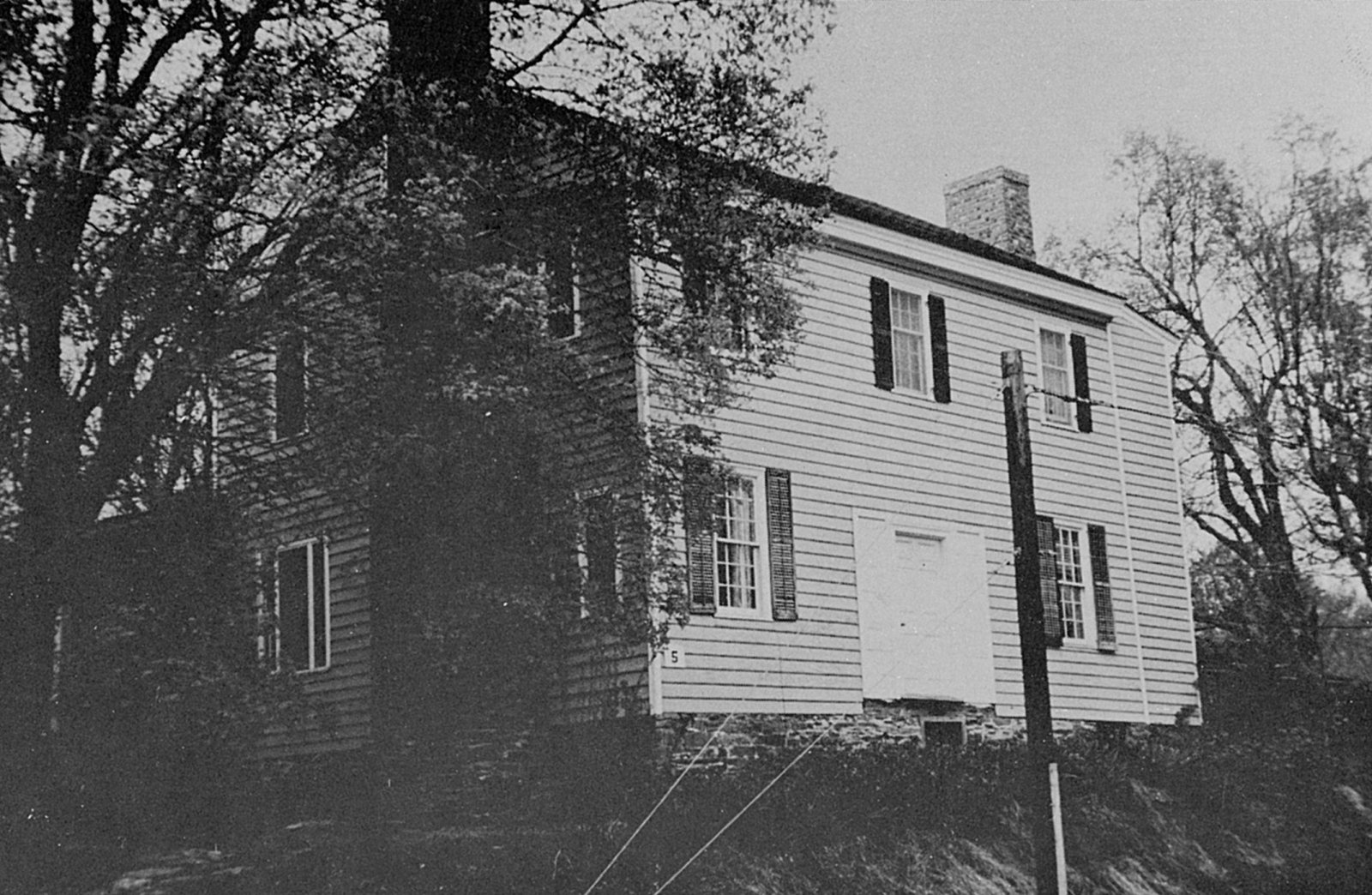 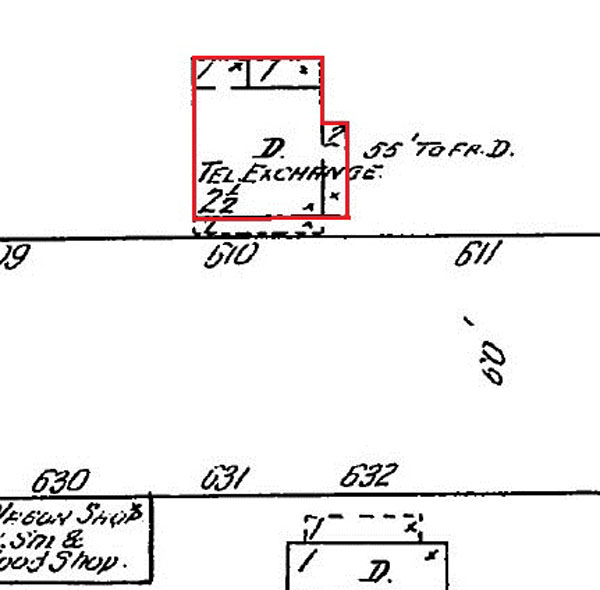 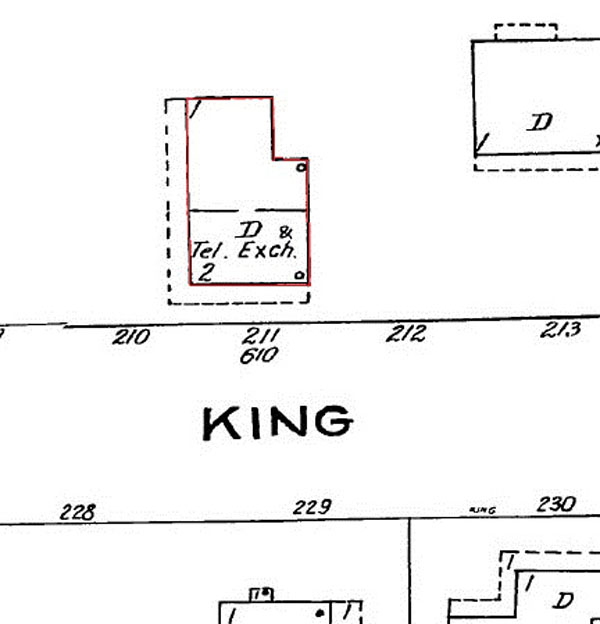 This two-story, side-gabled, Georgian-style house stands on a hill high above King Street with a brick retaining wall at the sidewalk. The house was originally at street level, but the street was lowered some years ago. The center-hall-plan house is three bays wide and single-pile with a rubble-stone foundation, beaded weatherboards, nine-over-nine wood-sash windows on the first floor façade, four-over-six wood-sash windows on the side elevations, and replacement vinyl windows at the second floor. Exterior brick chimneys in each gable end are of Flemish-bond construction. The left (west) chimney is double-shouldered and the right (east) chimney has been encompassed by a two-story, shed-roofed addition on the right elevation. The six-panel door is sheltered by a replacement front-gabled porch, constructed in 1983, supported by grouped square columns on a rubble-stone foundation. There is a full-width, one-story, shed-roofed wing and a one-story, gabled ell at the left rear (northwest). A shed-roofed screened porch on square columns extends along the left elevation of the rear ell and there is a one-story, shed-roofed wing to the right of the ell.

William Courtney purchased the lots in 1777 from Ralph McNair. In a deed conveyed in 1801 from William Courtney, Jr. to his brother Joseph, the term "yellow house" is first used, implying that a house was on the property. Although the house has undergone several renovations, it retains fine paneling in the west parlor and one bedroom and a distinctive west parlor mantel. The house was also used as a telephone exchange according to the 1924 Sanborn map. The two-story, shed-roofed wing on the east elevation appears on the 1888 Sanborn map. No porch is shown on the map until 1905 when a full-width porch is shown. A wrap-around porch is shown on the 1924 and 1943 Sanborn maps. By 1973, the porch had been removed and a new porch, appropriate to the design of the historic building, was constructed in 1983.

"Although the Courtney House was once a tavern allegedly visited by Lord Cornwallis, it is best known as Hillsborough's first telephone office. In 1906, the Morris Telephone Company tried to rent a building here [in Hillsborough], but found it difficult; the townspeople were afraid the equipment might be struck by Iightning. Finally, Henry Murdock agreed to rent them a room in his home (the Courtney House), and his daughter, Mamie, became the first switchboard operator.

When she began her duties there were fifty patrons and she was paid fifteen dollars a month and given time off to attend church on Sundays. She liked to work and contmued as "Central" after her marriage to William A. Gordon. When her husband died in 1920, she had three children to support, but by then there were more telephones in Hillsborough and her salary was larger. The two sons graduated from the Univesity of North Carolina, and the daughter from Peace College.

"Miss Mamie" had only one serious illness while she was with the telephone company: appendicitis. She was in the hospital for thirty days, and the family manned the switchboard. Although she was seriously ill, she later said she never doubted she would recover, but almost everyone else was doubtful.

There are many stories about the ways "Central" served the people of Hillsborough. For many years there was no public water system, and the local 'bucket brigade' had to be alerted when there was a fire. There were also only a few officers, all of them with double duties, and they had to be summoned by Miss Mamie. Once when a number of people were seriously ill and several deaths occurred within a short time, she stayed at the switchboard for forty-two hours to provide emergency assistance and get messages to distant relatives.

Many World War II GIs learned, too, that Hillsborough's efficient telephone operator provided them with a lifeline home, Once she was up virtually all night when some local sailors arrived in California, forgot the time difference, and began to make calls after midnight Eastern Standard Time.

Miss Mamie left the switchboard in 1948 when Morris installed the dial system, but remained briefly to handle routine duties. When the townspeople presented her with a check -small by current standards- she said she had given less than she had received However, Htllsborough's subscribers were grateful to an operator who rarely rang wrong numbers, made unlisted numbers unnecessary, and made prank/crank calls impossible. Today the old telephone office bears the name of William Courtney, a prominent early Quaker. However, to those who remember the voice that said, "Number, please," the house will always be the office of Mamie Gordon, 'Central' for forty-two years."

The telephone operators used the town clock for accurate local time, putting the out everyday at noon to all telephone subscribers in rural areas so they could accurately adjust their clocks and watches.

The telephone exchange didn't move far; the company constructed a building across the street (120 East King Street) from the Yellow House; that building remains in use today as a central (unmanned) switching station for CenturyLink, the local phone company as of 2016. 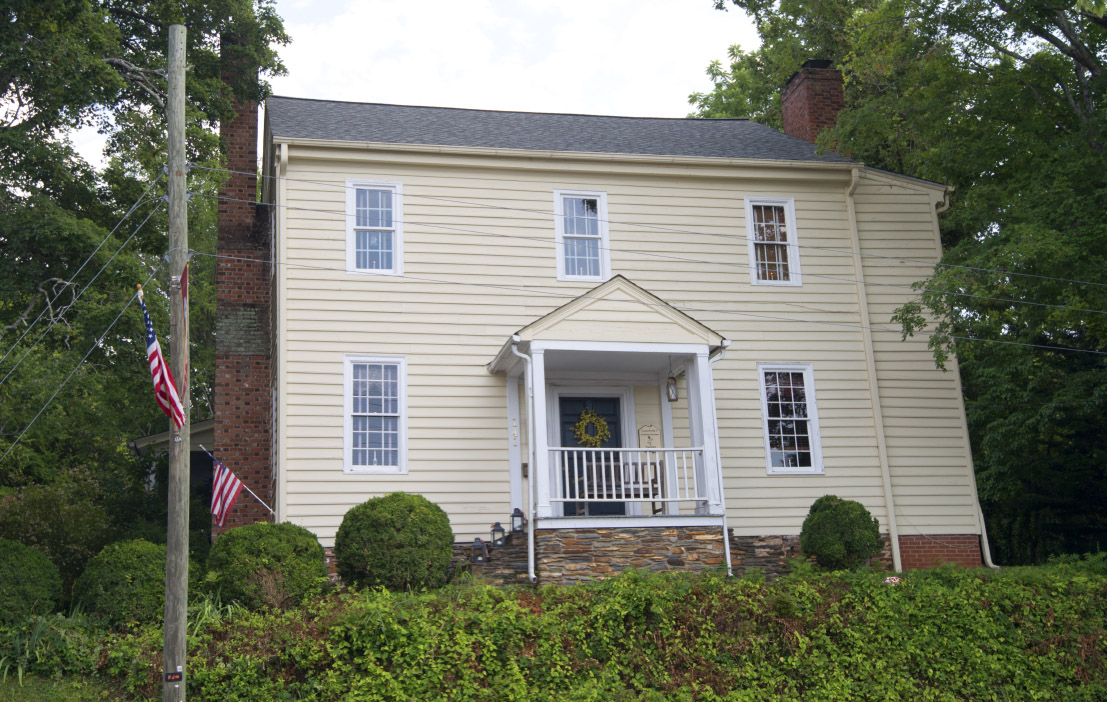 Remnants of the telephone company's operations can still be seen in certain sections of the house.

A 1915 receipt to the sheriff (document courtesy of OC DEAPR) 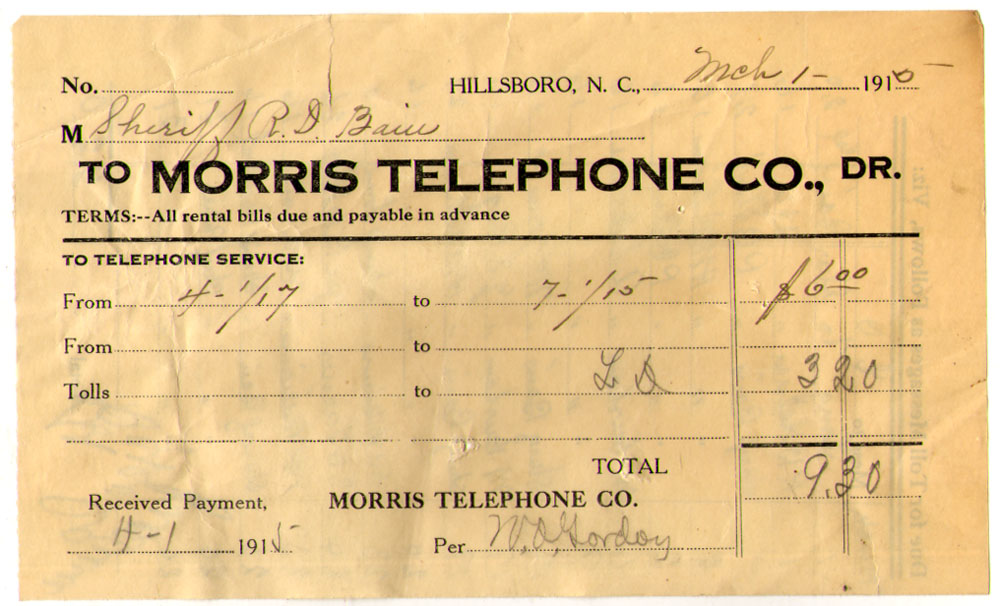