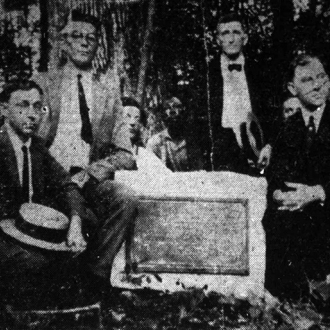 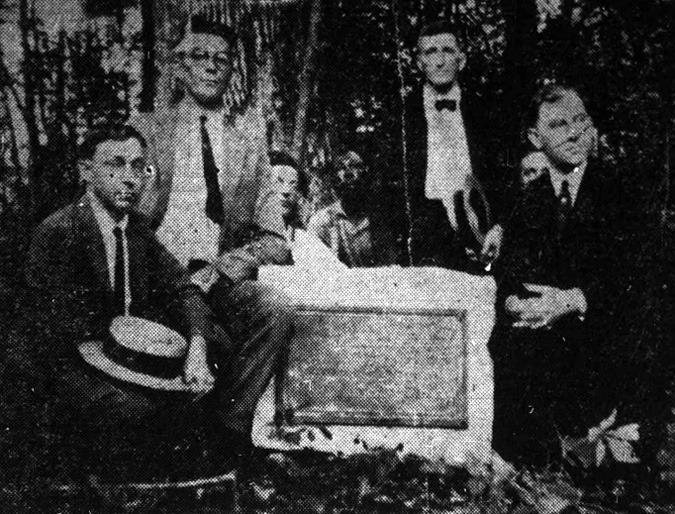 The second monument is a granite monolith, and was erected and dedicated in a ceremony (with then North Carolina Governor J. Melville Broughton delivering a speech) in 1944. Its western face is blank; the eastern face reads: "Thomas Burke born Galway, Ireland, 1747 died Hillsborough, N. C. 1787 Revolutionary soldier and war governor of North Carolina." (NOTE: Burke's death date, 1787, on the monolith is incorrect. He died December 2, 1783.)

The third marker, a bronze plaque, was erected May 27, 1973, on the original 1923 marker's plinth. It reads "Sons of the American Revolution Dr. Thomas Burke born Galway, Ireland 1747 died and buried Tyaquin Plantation, Hillsborough, N. C., 1783 physician-attorney-poet-patriot member of conventions at New Bern and Hillsborough 1775 representative to Provincial Congresses at Halifax, 1776 Delegate to the Continental Congress, Philadelphia 1776-1781 war governor 1781-1782 helped draft the first constitution of North Carolina. Placed by the North Carolina Society of the Sons of the American Revolution under the auspices of the General Francis Nash Chapter 1973 'Triumph America! thy patriot voice has made the greatest of mankind rejoice.' - Thomas Burke."

There are likely other Burke family members buried within the .07 acre graveyard.

The graveyard/property is currently owned by the State of North Carolina (with its custodians being the local chapter of the Sons of the American Revolution). The graveyard was deeded to the State and SAR in August 1943 by the Latta family.

In May 1962, members of the Hillsborough Historical Society cleaned up the graveyard, rebuilt a stone wall, cleared brush, and evaluated the broken 1923 marker for repair.

A 1973 description of the site was as "A low circular dry wall of loosely laid fieldstones encloses an area 36' in diameter. The grave itself is not in the center of the stone circle but is in the northwest quarter of the circle to which there appears to be two entrances. A grove of trees shelters the circle on the North."
In 2006 the monument site was enclosed with a rock pile wall and a nice post and single-cable fence, and covered in white stone gravel. There were several piles of stones east of the monument site and scattered stones around the area. Mr. Latta (owner of the surrounding property) suggested someone had come to "clean up" the area at one point and had left it in some disorder. 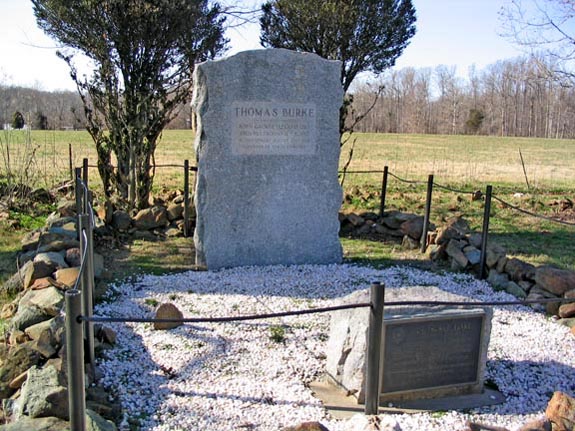 The marker in 2006, view west (photo via Cemetery Census)