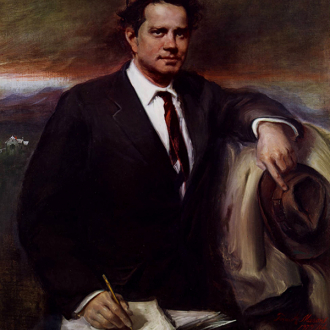 Painting of Wolfe by Frank H. Mason (1979), for the Dialectic Society

Thomas Clayton Wolfe was born in 1900 in Asheville, North Carolina, the youngest of eight children of William Oliver Wolfe and Julia Elizabeth Westall.

Wolfe began his studies at UNC just before his 16th birthday, in September 1916. Aspiring to be a playwright, in 1919 Wolfe enrolled in a playwriting course taught by Frederick Koch. His one-act play, The Return of Buck Gavin, was performed by the newly formed Carolina Playmakers, then composed of classmates in his playwriting class, with Wolfe acting the title role.  Another of his plays, The Third Night, was performed by the Playmakers in December 1919.

While at UNC, Wolfe was inducted into the Order of the Golden Fleece and also the Satyrs, was editor-in-chief of The Tar Heel, won the Worth Award for Philosophy for an essay titled The Crisis in Industry, was class poet, a member of the Dialectic Society, a member of the Buncombe Club, worked on the boards of Yackety Yack and Carolina Magazine (among other student publications), a cadet in the University Battalion (in 1st Platoon, Company C) in 1918, and belonged to the Pi Kappa Phi fraternity from 1918 to 1920. In his senior year Yackety Yack, he was named "Best Writer," "Most Original," and "Wittiest."

Wolfe graduated from UNC with a B.A. in June 1920, and in September entered Harvard University, where he studied playwriting under George Pierce Baker.
Wolfe went on to write four novels: Look Homeward, Angel (1929), Of Time and the River (1935), The Web and the Rock (1935), and You Can’t Go Home Again (1940). You Can’t Go Home Again was published after his death from tuberculosis at the age of 37 in 1938, while on a literary tour.
In his autobiographical novel Look Homeward, Angel (originally titled O Lost), Wolfe describes his time in Chapel Hil and at UNC, which was called "Pulpit Hill" in the novel, via his alter ego, Eugene Gant.
Wolfe was buried in Riverside Cemetery in Asheville, North Carolina, next to his parents and siblings. 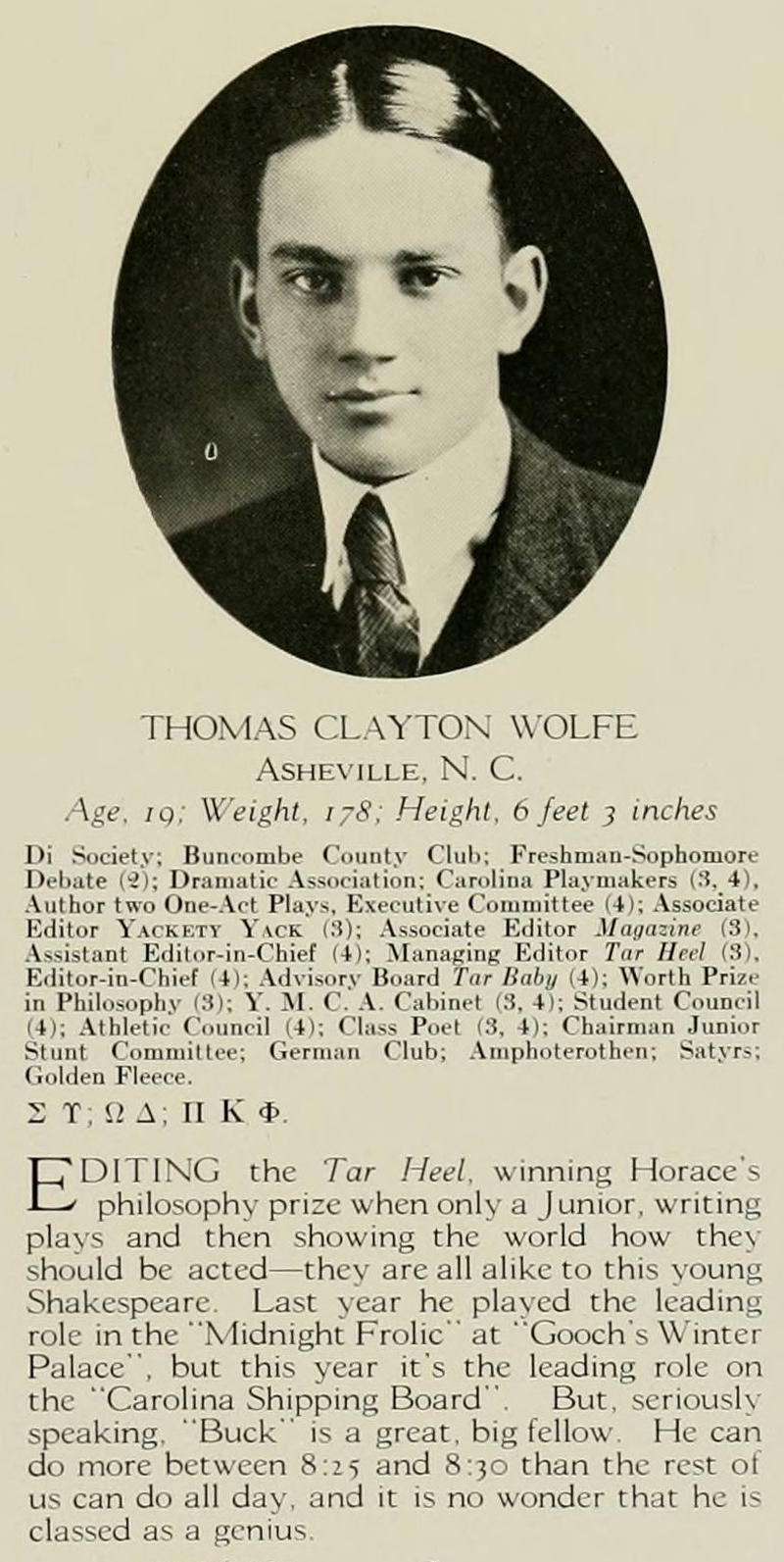 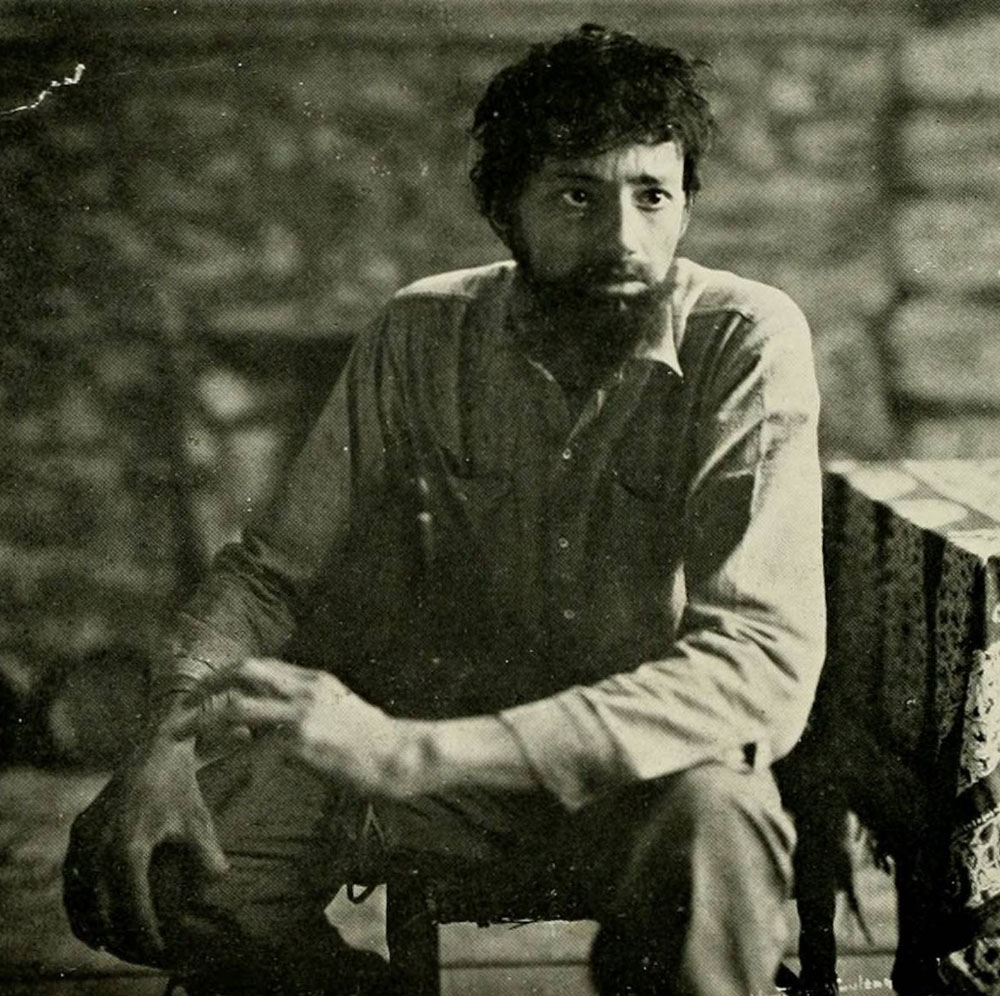 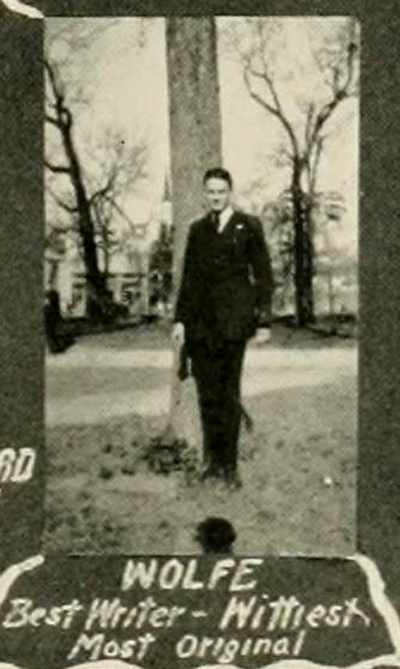 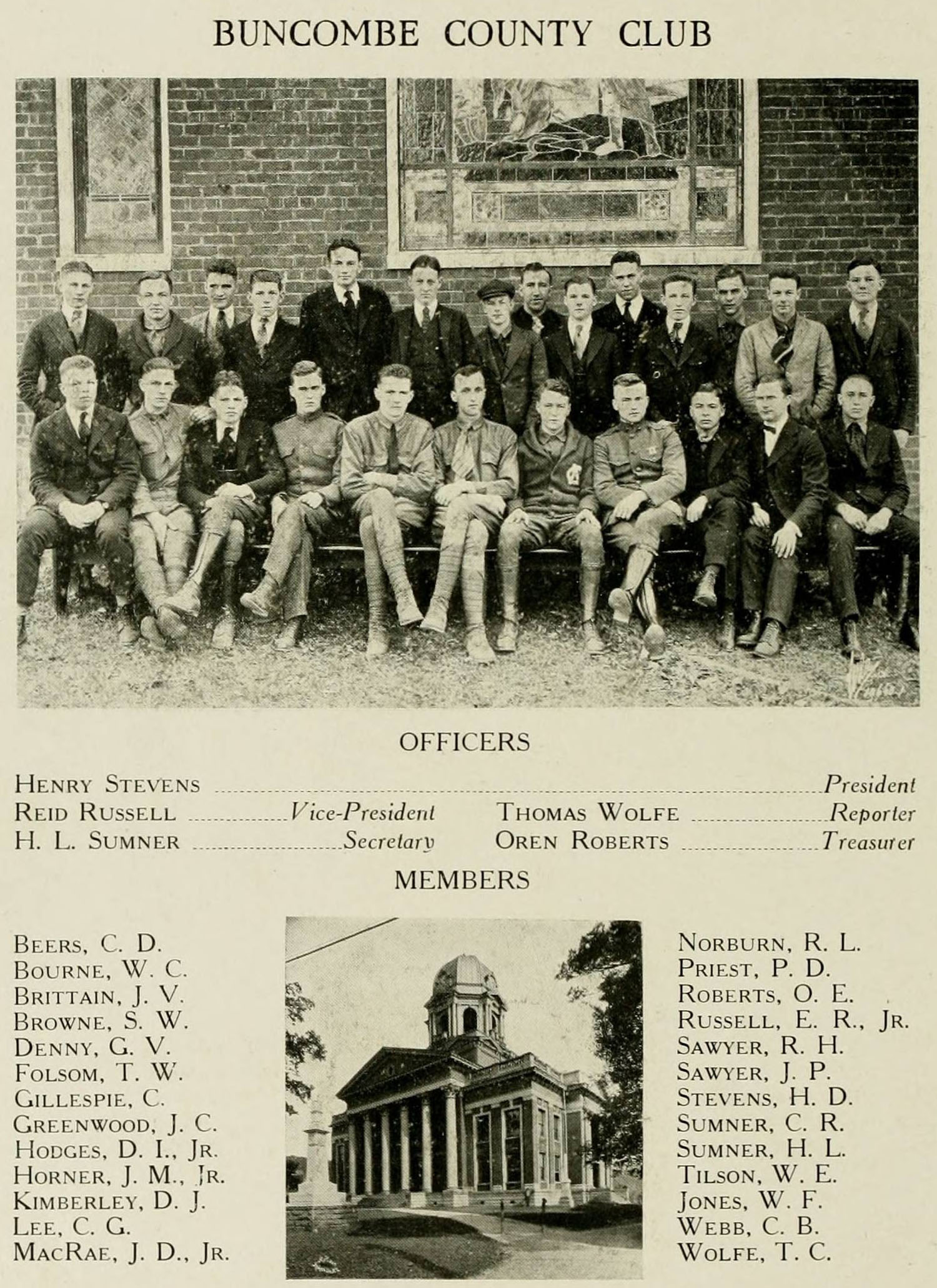 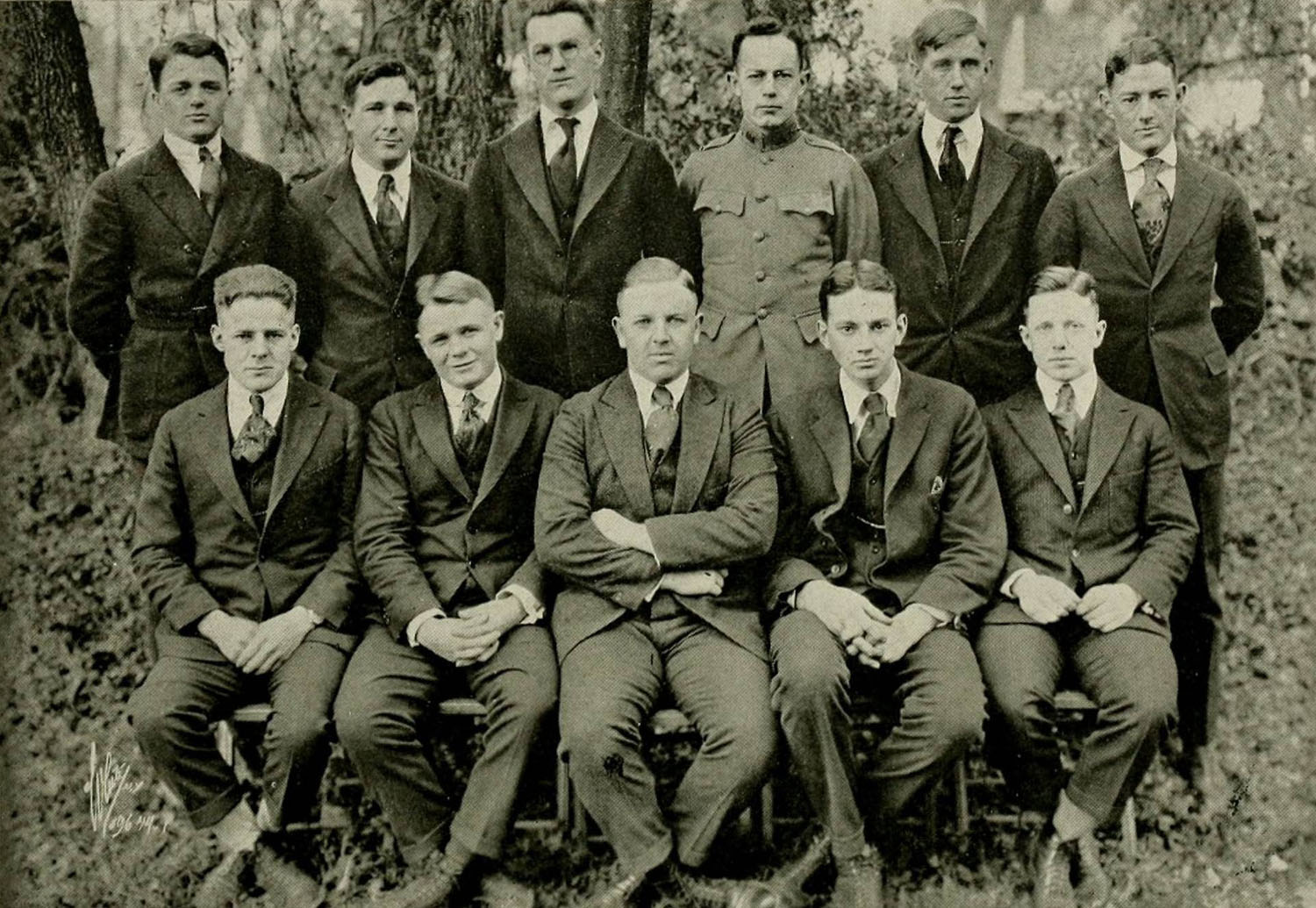 Pi Kappa Phi, 1919-1920; Wolfe is front row, second from right (via UNC's Yackety Yack)
The majority of Wolfe's papers are in collections at UNC's Wilson Library and at Harvard University's Houghton Library.